I’m attending a friend’s hen do somewhere suitably off-grid in Somerset – a large house that accommodates all 16 of us, with a garden full of pear trees (and an accompanying swarm of wasps for whom this glut is irresistible).  On the first morning we discuss visiting the outdoor swimming pool that is shared by the other holiday cottages on the same plot of land.  We disappear into separate bedrooms to find swimwear whilst others mill around; picking at the buffet from the night before or languidly smoking cigarettes.  When I emerge with my towel and a paperback I note that a group of people have congregated under the pear trees and are chatting animatedly.  I don’t know many people here and so I choose to go to the pool anyway, hovering in the doorway for a minute or so whilst I debate whether I’m being anti-social.

It’s the end of July and the morning carries a hot stickiness; the edges blurred by the prosecco consumed the night before as well as the humidity in the air.  The pool has a wooden gate at the entrance that creaks as it swings open and breaks the silence of the idyllic scene.  Around the perimeter of the fence are tall flowers; foxgloves, wisteria and rambling roses that crawl lazily up a pergola and towards the brick wall of an adjoining building.  They have a heady, sweet scent intensified by the heat.  I dump my towel on a lounger and slide slowly into the water.  The pool isn’t heated, but juxtaposed against the warmth of the day and the vague nausea of a wine hangover, the coolness is utter perfection.  I float on my back for some time; eyes closed, the silence only punctuated by the occasional hum of a bee or the sound of a car a long way in the distance.  Small birds land on the fence and eye me with suspicion, and I try to stay very still and become part of the fabric of the scene.  Eventually I come to stand, and with my hands on my hips and the sun in my face I think: this is pure, unbridled, unadulterated joy. 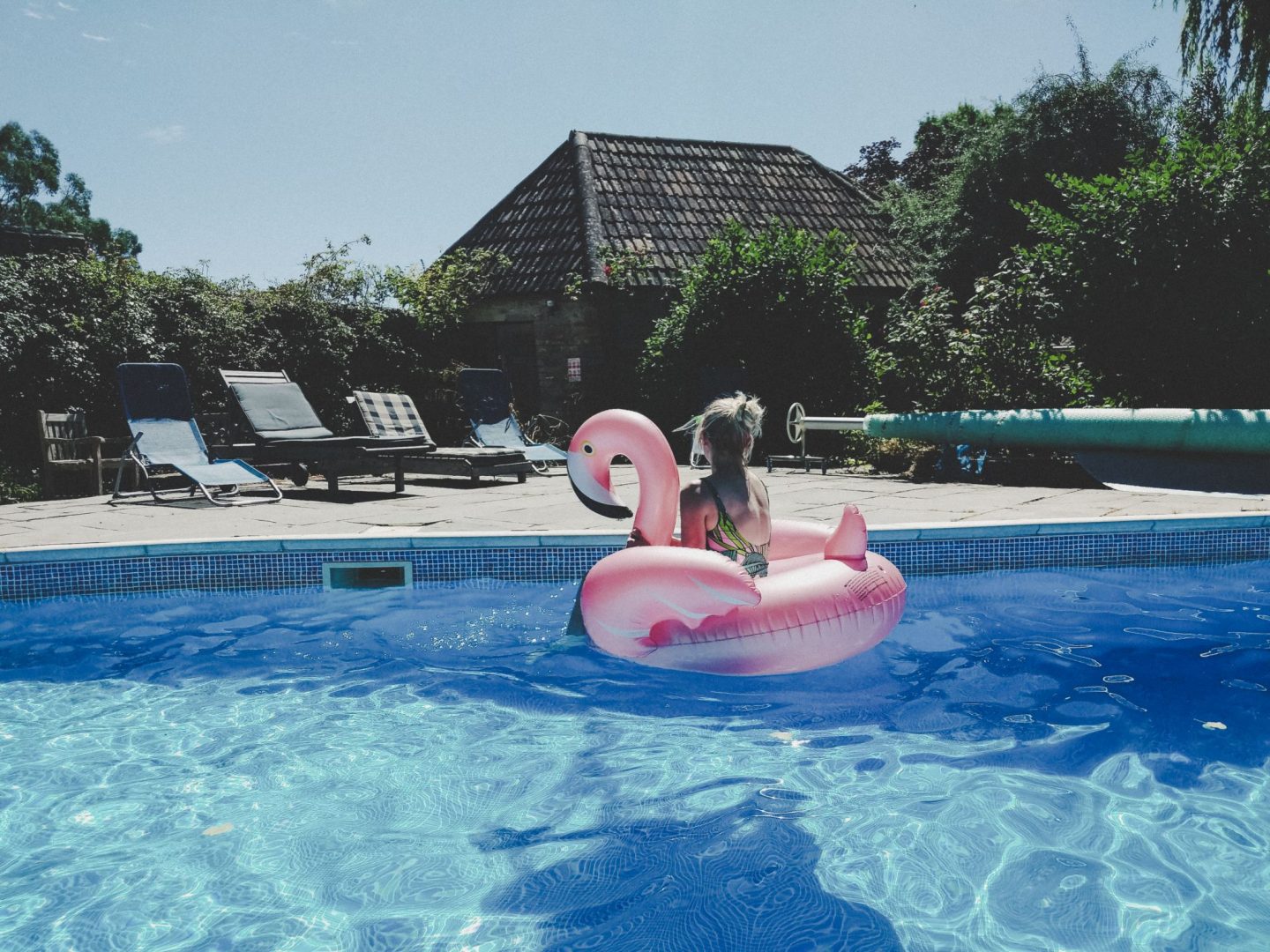 A more social visit to the pool, with the bride and her flamingo

The same feeling hits me several weeks in a row when running in the forest with Emma.  Through July and August we ran weekly in Lyndhurst or Brockenhurst and we were blessed week after week with glorious sunshine and an array of breathtaking views.  The sunlight would dapple and fragment through tall trees and we would skip and leap through purple heather and gorse, laughing and grinning as grasses brushed against our ankles.  We saw breathtaking rainbows, herds of cows, cloud formations reflected in rivers and tiny pine needles floating from the sky. 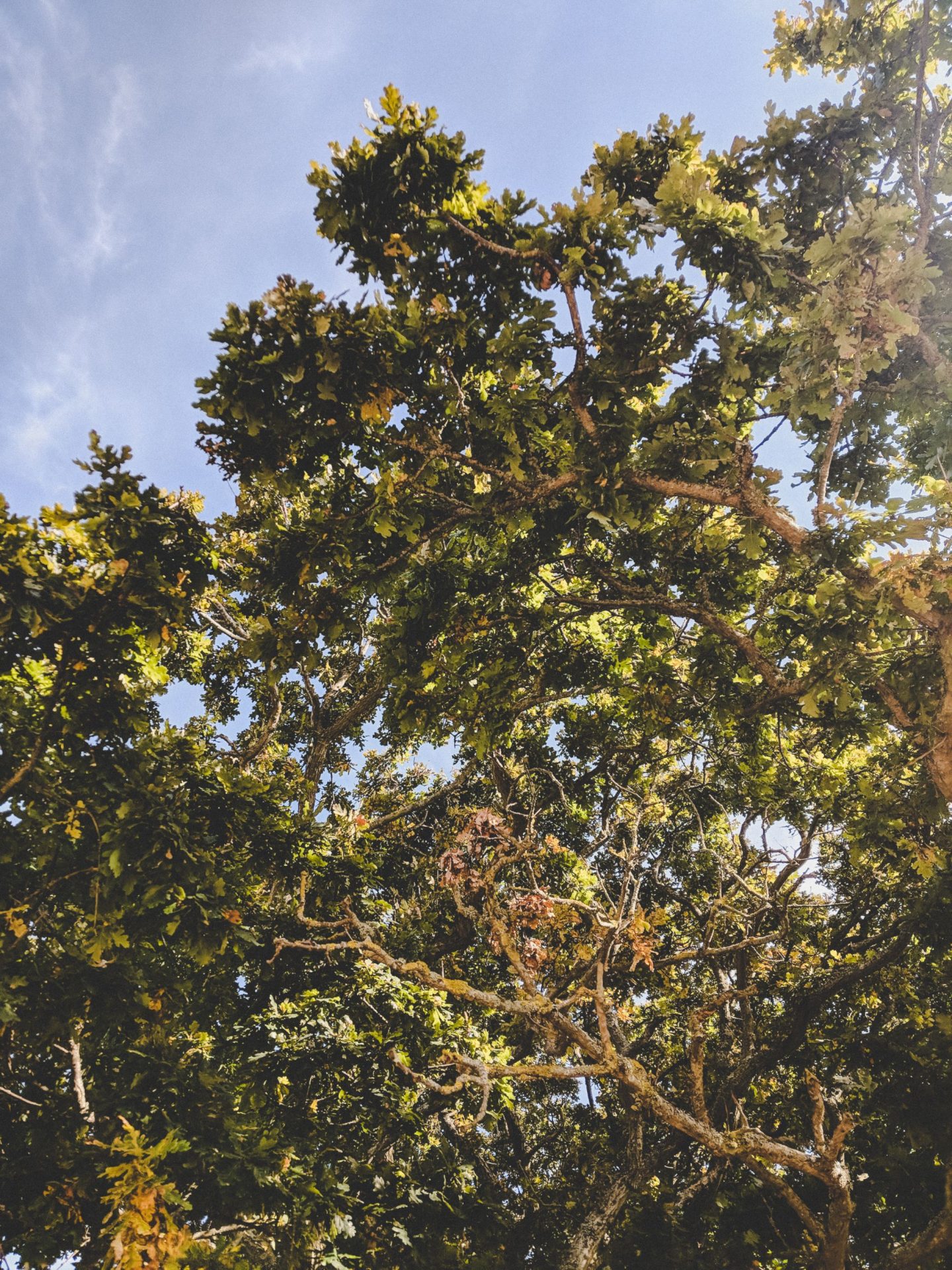 What I’m getting around to saying (in a rather self-indulgent and rambling way) is that more and more lately I just feel like it’s not the big stuff.  It’s those walks home late at night when you’ve drunk cocktails in a dark and dingy bar and you’re holding hands with someone you like, walking in step and saying nothing because that moment alone is just enough.  It’s walking along the beach at dusk and taking your headphones out because you realise that the sound of the waves lapping against the shore is, in fact, exactly what you needed to hear.  It’s my morning dog walks with Bodhi when it feels as if the world is still waking up, the grass is cold and wet and the leaves crunch underfoot – or that moment when he stops running and looks back at me, his tail wagging and his head cocked to the side.  (Dogs are the best at appreciating joy – rolling in the grass, lifting their nose to the scents brought in by a breeze, running into the sea with utter reckless abandonment).  It’s groaning in appreciation of a sticky and sweet cinnamon bun; sugar on your chin, licking your fingers in delight.

There’s a line in my favourite Marge Piercy poem – “love with the hands wide open, love with the doors banging on their hinges, the cupboard unlocked, the wind roaring and whimpering in the rooms”.  I used to think about it a lot, because isn’t that what love, and life should feel like?  Not tentative and half-explored, but thrown wide open, all in.  “There is nothing in this world worth doing, but shaking our heads in awe.” (That one is Hera Lindsey Bird – I consider reading poetry on a rainy Sunday afternoon with candles burning and a dog snoozing at your feet to also be joy).

I think, if anything is worth taking a chance on, it’s joy (that word has started to look fake now I’ve written it so many times).  If anything in life is worth doing, it’s tirelessly pursuing those moments that make you breathe right into the core of yourself and feel like you are a tiny part of the universe and yet something so much bigger, all at the same time.  It’s never been about the big stuff, not really.