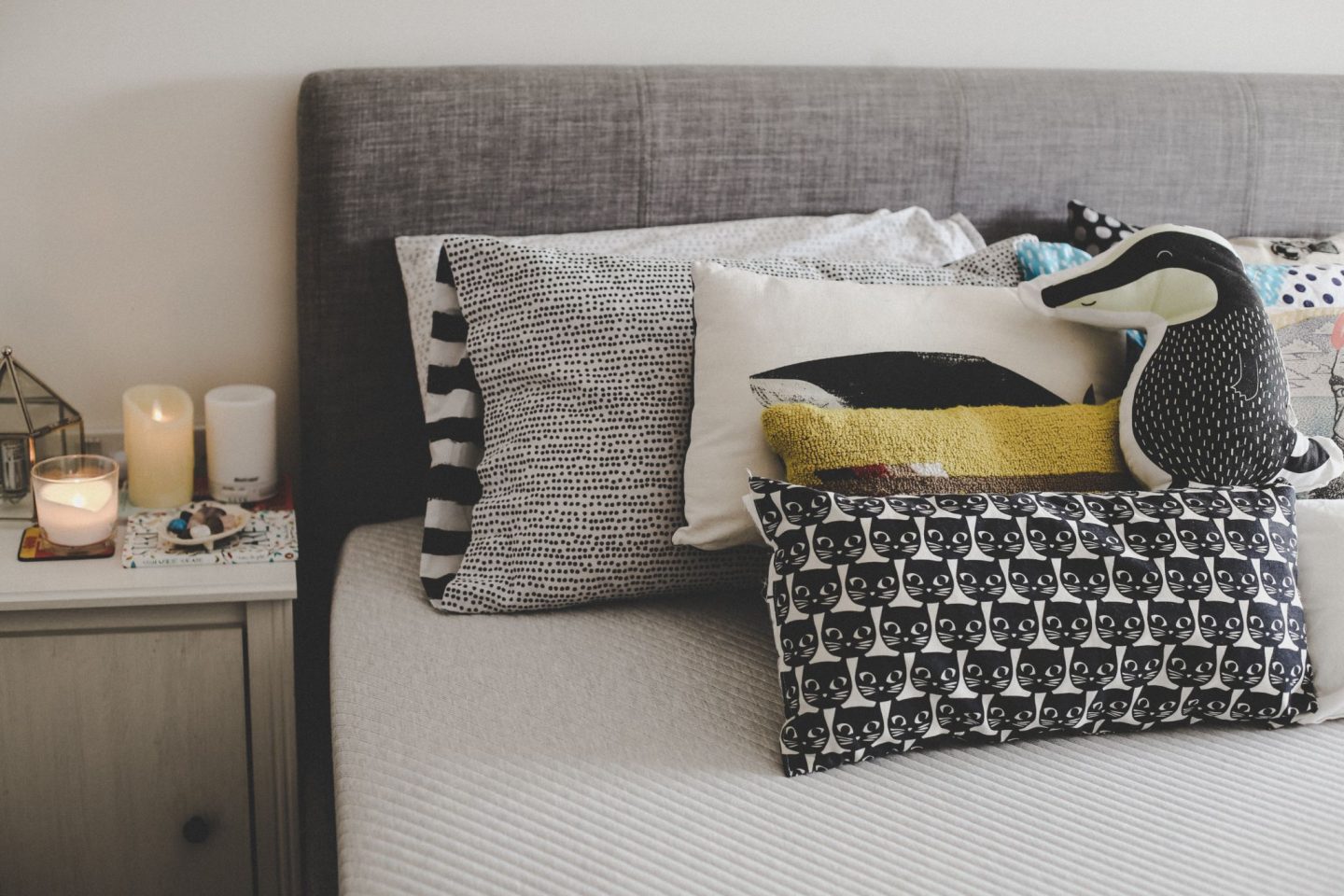 If I ever go through a period when I’m feeling stressed, anxious or unsettled, then the first thing to suffer is my sleep.  Coupled with the fact that my bedroom is currently averaging around 27 degrees at night (yes, I bought a thermometer purely to aid in my whinging about how hot it is) it’s fair to say that up until recently I was a little bit sleep-deprived.  I live in a noisy area with lots of traffic, and the floor to ceiling windows mean that my bedroom is a sort of ‘mini-greenhouse’, so I had sort of expected that I’d never really sleep properly here – until my Leesa Mattress came along.

I had rather mistakenly thought that all mattresses were born equal – and so when I was offered the opportunity to review a Leesa mattress, I was initially a little skeptical.  But when I saw the range of awards and five-star reviews they had received there was no way I could pass up the opportunity to sleep on such a highly regarded mattress (the Which? magazine ‘Best Buy’ in the mattress category, no less).  It’s quite a novelty to receive the mattress – they arrive rolled in a box (mine came in four days from ordering it online) and you simply place it onto your bedframe, slide it out and let it expand itself (it’s so clever).  Living in a flat on the 5th floor, this was a massive advantage that I didn’t need to fight with it to get into the bedroom. 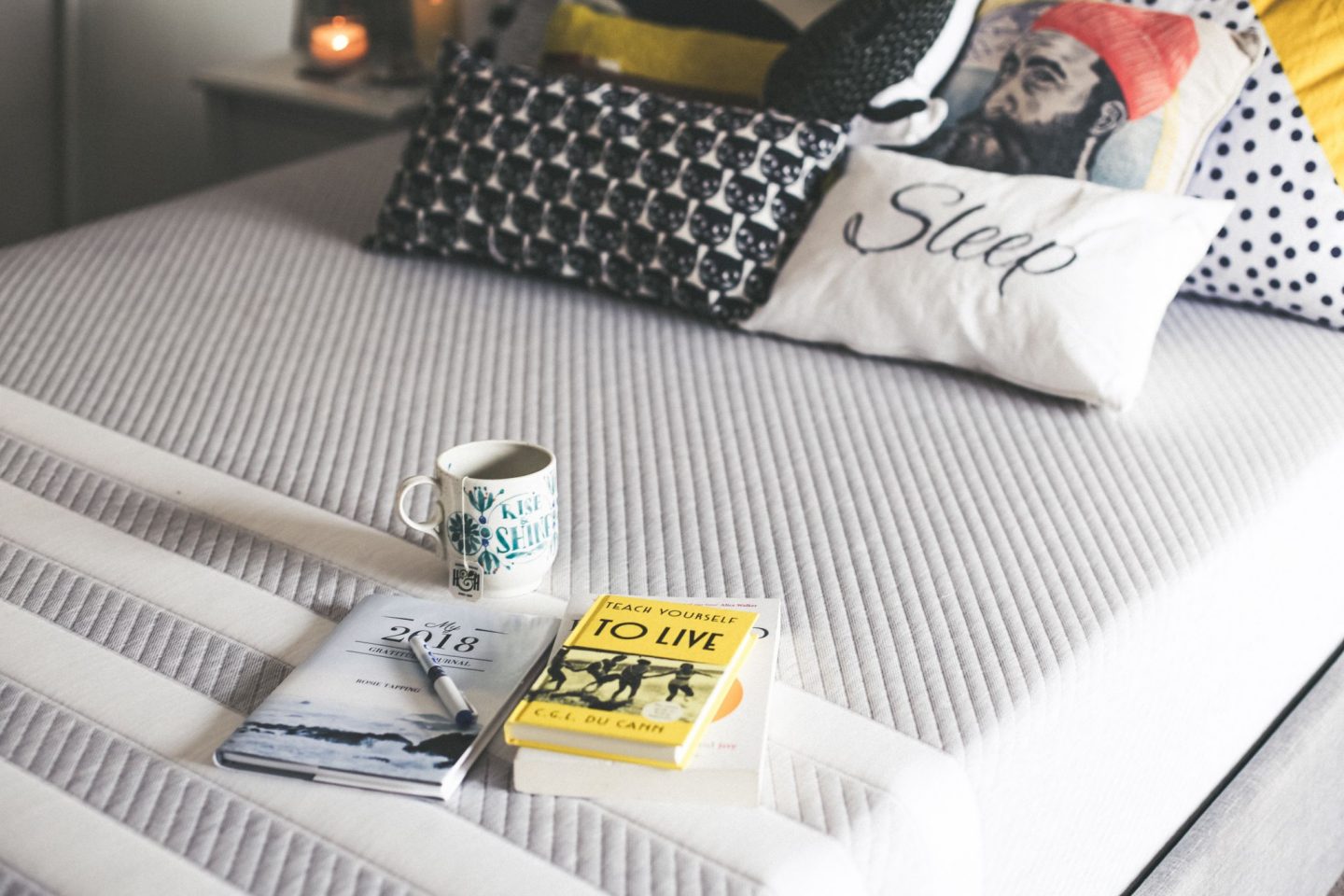 I love so many things about Leesa as a brand (which is one of the reasons I wanted to work with them), but thing I admire the most is their commitment to sustainability and social impact.  They give away one mattress for every ten sold (that’s 30,000 they’ve given away so far) and they plant a tree for every mattress they sell.  They offer an 100-day sleep trial during which you can return it if you’re not sleeping better – if this happens, you’ll get a full refund and the mattress will be donated to a local charity.

It’s fair to say that I certainly have no complaints about my mattress.  From the first night that I slept on it I could 100% tell the difference from my previous mattress.  The first thing was that I was so much cooler at night (the Leesa mattress has a layer of cooling foam at the surface which provides airflow).  Having slept on beds that are either too hard or too soft in the past, it was fair to say that just like Goldilocks and Baby Bear’s porridge, this mattress is ‘just right’.  I’ve been sleeping like an absolute dream ever since. 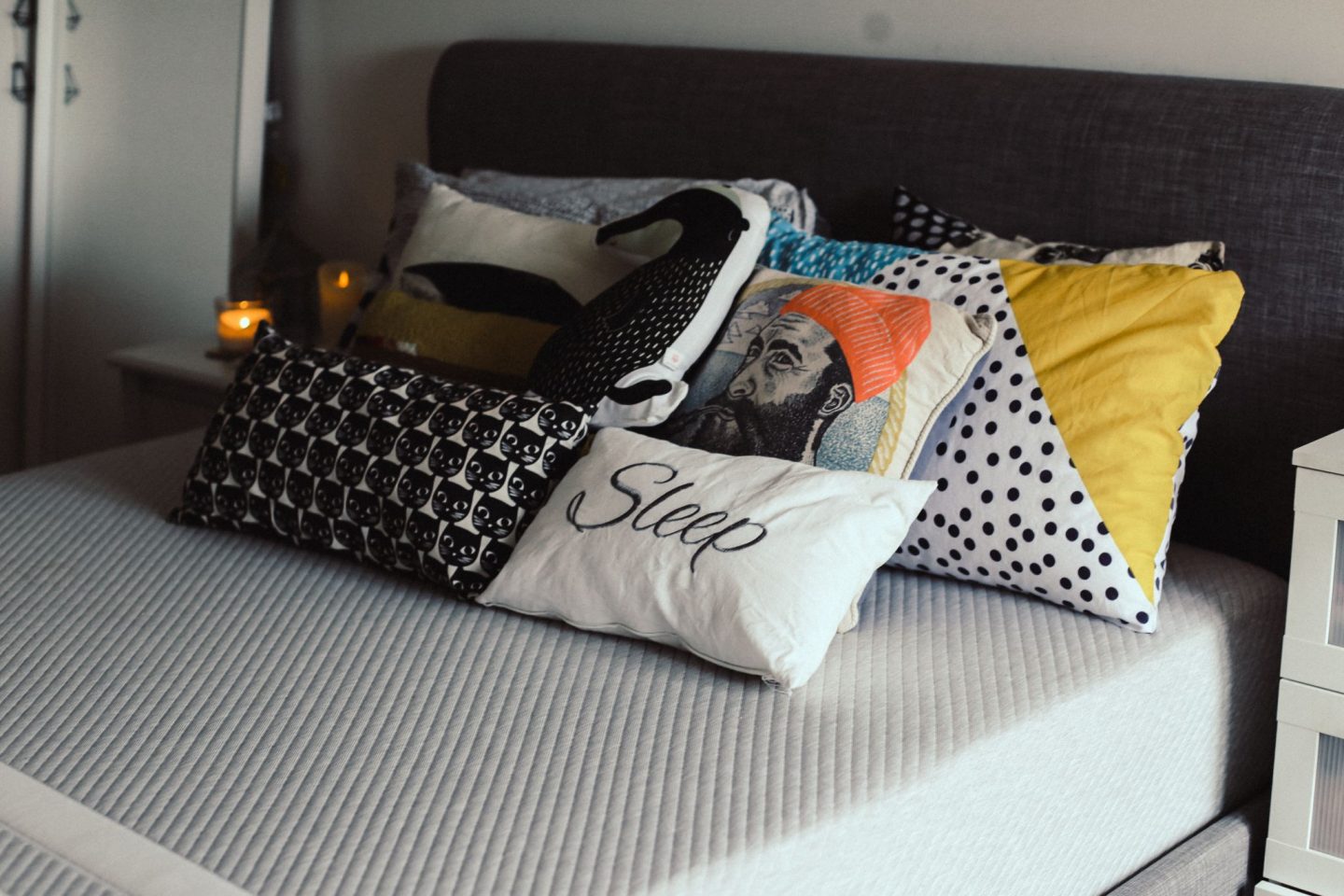 I recently listened to Joe Rogan’s podcast episode with Matthew Walker on ‘why we sleep’ and learned some fascinating facts about the functions of sleep and the effects of missing out on just one or two hours a night.  Did you know that studies have found that we routinely need 7-9 hours of sleep, and if you’re getting six hours of sleep or less your time to physical exhaustion drops by 30%?  In the podcast, Matthew Walker (sleep expert and neuroscientist) recommends dimming or turning off as many lights as possible 2-3 hours before bed, as well as staying away from screens for the last hour.  He also said “The shorter your sleep on average, the shorter your life”, which really made me sit up and listen.  Since then, along with the positive impacts of my new mattress, I’ve also been trying to get into lots of better sleep habits – going to bed earlier, using Sleep Cycle every night as my alarm, and reading rather than scrolling through social media when I get into bed.  I also started intermittent fasting about a month ago, and not going to bed full definitely helps.

Back in May my average sleep was around 6-6.5 hours, and now it’s 7-7.5 hours (measured on my Fitbit, which I wear all of the time).  That’s a massive increase and I can honestly credit my Leesa mattress with the bulk of that.

I was provided a mattress for review but this is my absolute honest opinion – and the Fitbit doesn’t lie! I’ve also been given a code for you to use – AROSIEOUTLOOK gets you £100 off a Leesa mattress.  This would make a double mattress £500, and it’s worth every penny.