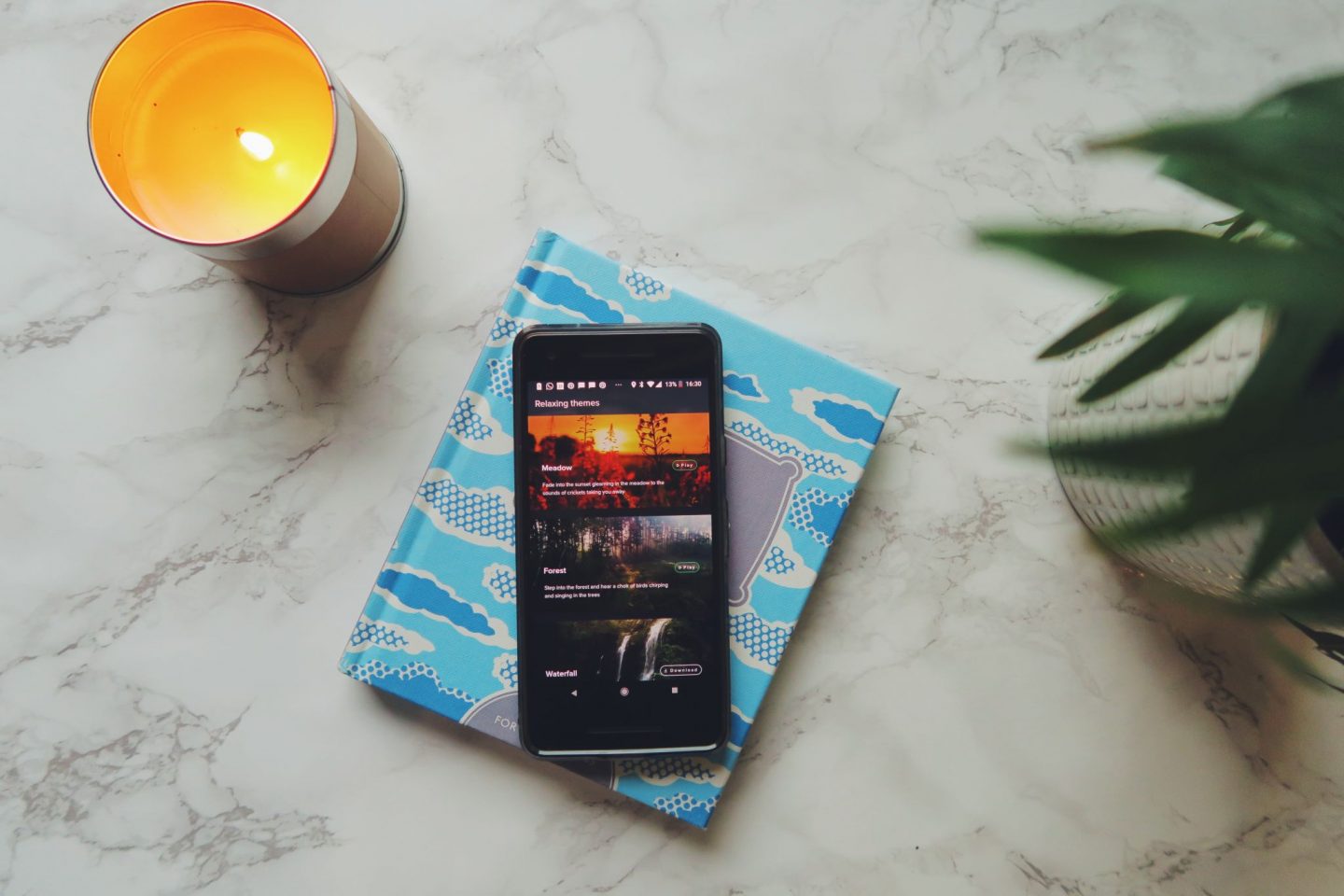 I’ve blogged and tweeted about my difficult relationship with sleep in the past – and lately, it’s become so much worse.  One morning, after what felt like weeks of lying awake all night (and FitBit telling me I was averaging a grimace-inducing four hours’ sleep), I phoned my GP in desperation.  After dispensing some advice about not looking at my phone before bed and having a ‘bedtime routine’, she prescribed me Zopiclone sleeping tablets and told me that the dose she had prescribed should last me the year.  They worked a charm – which is to say that most of the tiny packet she had offered me were gone within three weeks.  They worked so well in fact, that I couldn’t bear to go without them and face another night staring at the ceiling.  I needed another solution – so when Nightly contacted me and asked me if I wanted to try their new app that uses audio specifically developed to help you sleep, I jumped at the chance.

Nightly offered me the opportunity to trial their app (which is free for 14 nights and then $4.99 a month) and test out their claims that it would help me ‘fall asleep easily, reduce unwanted wake-ups and limit bad dreams’.  Their work to create the app has involved an enormous amount of research and testing, and so I was also able to ask their sleep experts some questions about sleep to help me understand my own issues and how to resolve them. 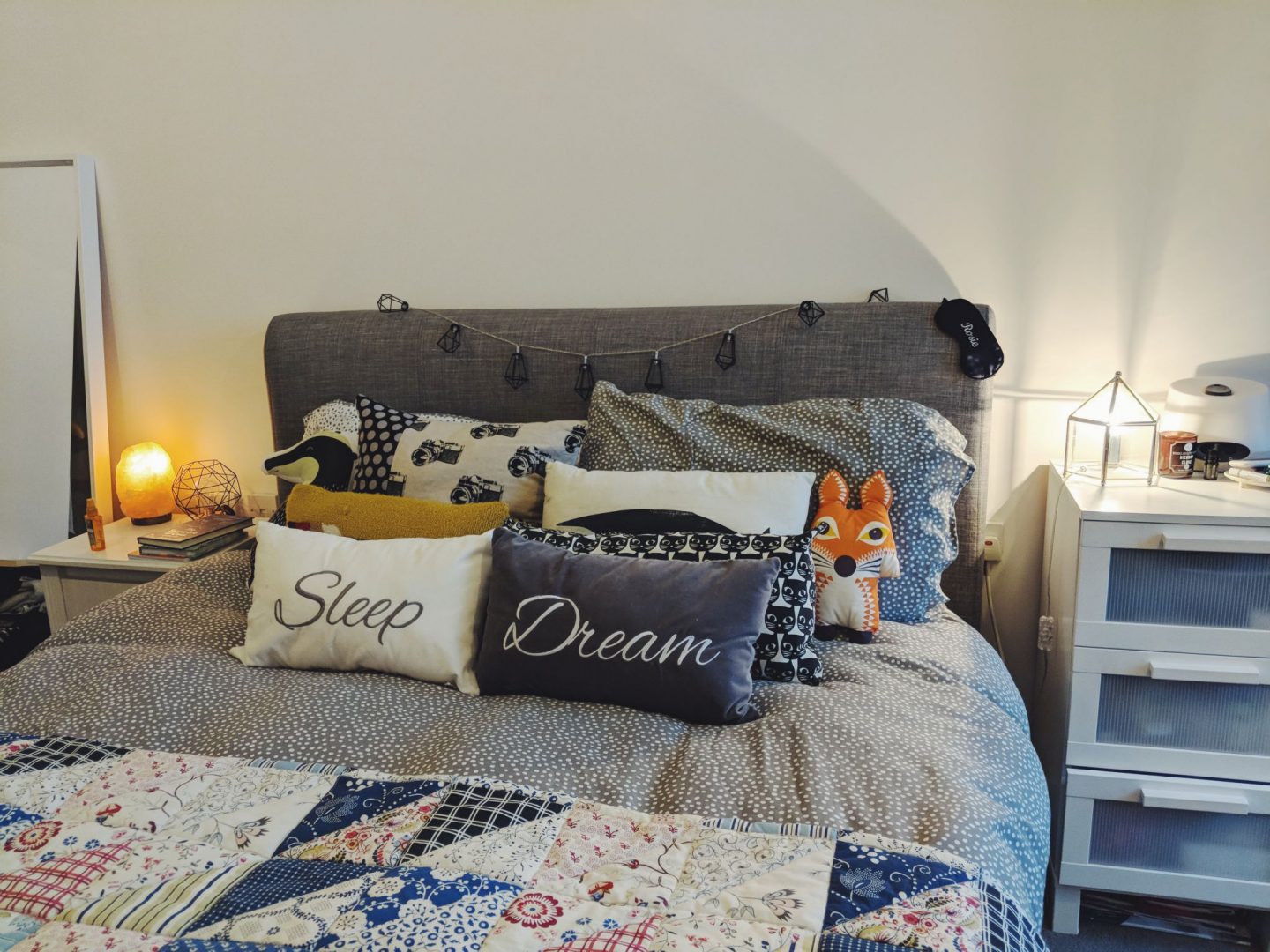 One of the first things I asked before trying the app was why I wake up so often in the night – usually around 3am.  Their sleep expert advised the following – “This is a tricky question, because there may be a lot of reasons why you wake up in the middle of the night. We don’t have enough information – we can just guess. It may be a type of insomnia, not the one that prevents you from falling asleep, but the one that causes problems with falling asleep after overnight awakening. It can be stress related or connected to the level of melatonin. There is a chance that it can also be an autosuggestion, it sometimes happen that if you wake up during the night for several times, you are so afraid that you will wake up once again, that you really wake up at the same time.”  One thing was for sure, I would try anything to prevent it from happening, and so I dove straight into using the app.

It starts by offering you a short video to listen to as you start to fall asleep.  There are options like Meadow, Forest, Waterfall and Autumn Rain, and they all blend music with other audio stimulation.  I was skeptical at first but it really is incredibly relaxing, and I really can feel myself just ‘letting go’ as I listen to the sound of rainfall, or waves lapping on the beach.  You set an ‘intelligent alarm’, which like some other apps, means that if you place it next to your bed it will wake you in your lightest phase of sleep so you never feel jerked out of a really deep sleep.  The amazing thing that it does that I’ve never known any other app do is that it has ‘sleep stimulation technology’.  This means that if you start to stir, wake up, or it senses you might be having a bad dream, it will play more soothing audio to nudge you back to sleep.  Then – in the morning, you get a whole host of data on your sleep and even the opportunity to record the dreams you had the night before. 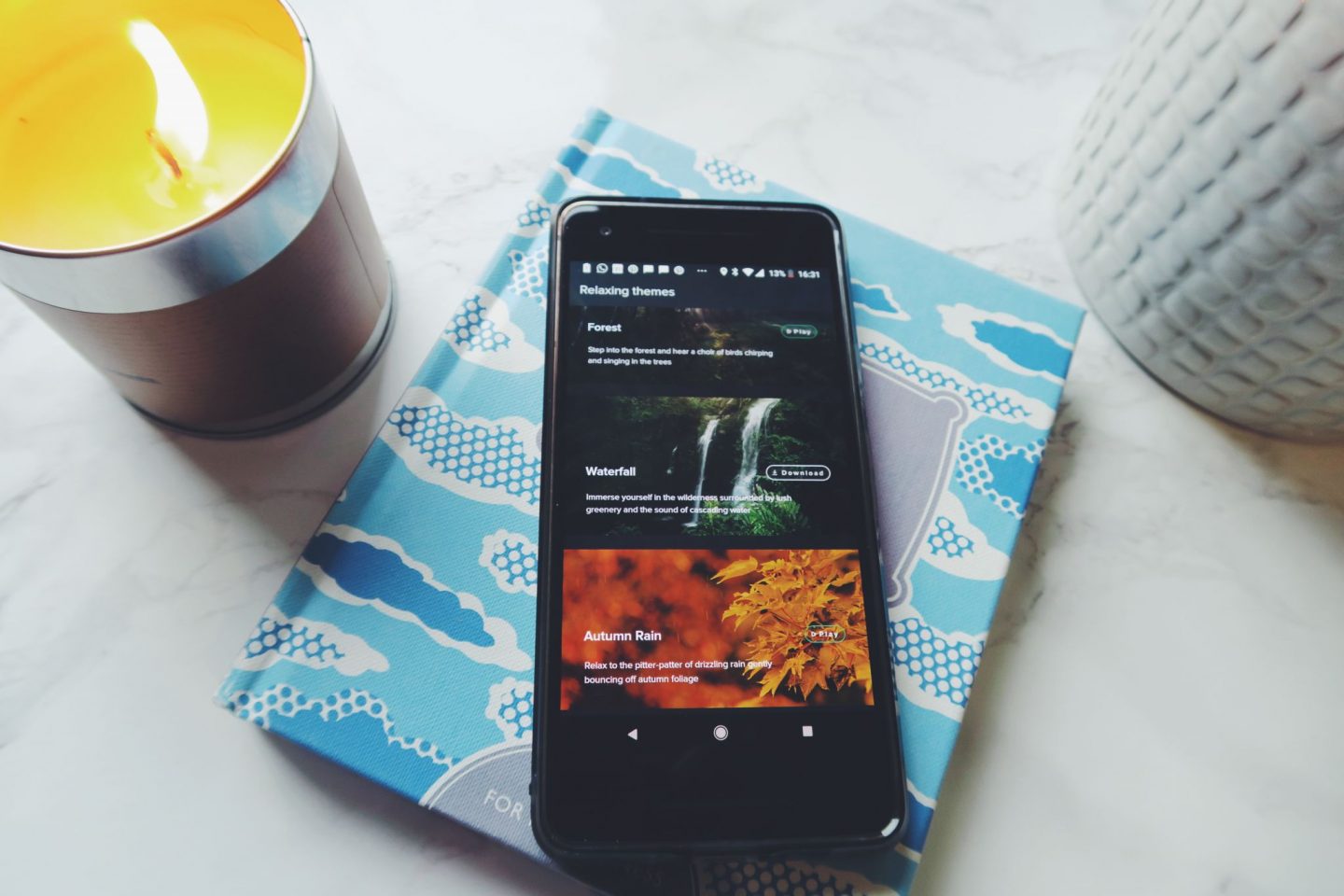 One of the things I noticed quite early on is that my data was showing that, according to the app, I fall asleep ‘too quickly’.  (After months of taking hours to fall asleep, this was not only a shock but something I wanted to understand more about!) Their sleep expert explained that “usually, it takes between 10-25 minutes to fall asleep. This means that your body slowly enters sleep phase – your body soothes and prepares itself to rest. If you just ‘shut down’ and fall asleep immediately it may mean that you may be exhausted either physically or mentally. It’s possible that you might be overworking yourself, so give yourself moments during the day to relax and slow down”.

So – what did I think of it? I can honestly credit Nightly with the fact that I’ve been sleeping so much better since I’ve been trialling it, as well as not waking up during the night.  I’m now averaging about 6 or 7 hours a night, which makes everything much more bearable.  I really love listening to the sounds as I fall asleep, they make me feel so much more relaxed and chilled out than when I previously lay there frustrated that I wasn’t sleeping and wondering how I’d cope with the day ahead.  I’ve also had no need to take sleeping tablets since I started using it, which is a huge advantage to me.  I will absolutely carry on using it, as well as analysing the data to keep improving my sleep routine as I go on.  I’m so happy that I’ve found an amazing solution to my sleep woes, and now I don’t go a night without it.

Do you have trouble falling asleep? Have you ever tried any apps to improve your sleep?

This post is a paid collaboration but all opinions are my own.  You can download Nightly here and try it free for 14 nights.