At the beginning of September, on one rainy Wednesday I jetted off with a group of friends to sunny Palma in Mallorca for a hen do.  In total there were 17 of us (I know right, I don’t have 17 friends myself!) and it was such an amazing time.  Having never been to Palma before I didn’t know what to expect, but I quickly fell in love with it, with its winding back streets, beautiful old buildings and array of tapas and wine bars. 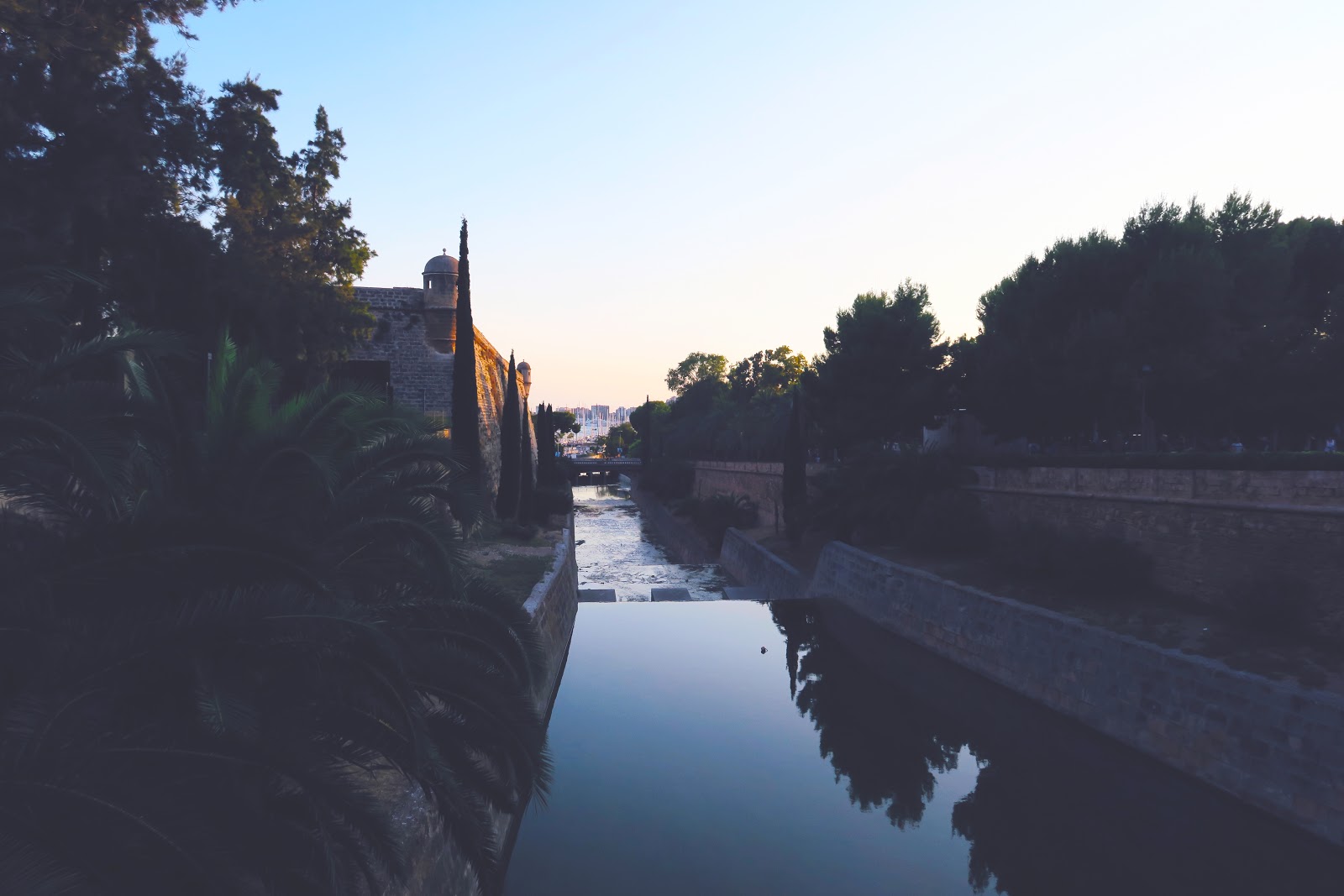 We actually stayed just outside of Palma in a small town called Portals Nous.  The hotel we stayed in was the Salles Hotels Marina Portals, around £80 a night for a deluxe double.  The hotel itself was perfect, with several pools, lovely rooms and a great breakfast (breakfast is very important!)  We spent a lot of our time lazing by the pool, chatting, reading books and drinking prosecco.  Pretty bloody perfect if I do say so myself.

We made a few trips down to the marina at Portals Nous where we were staying.  We had delicious pizzas and cocktails at Diabilito, a lovely bar and restaurant overlooking the marina.  Some of the restaurants on the front are quite expensive but this was really reasonably priced.

We visited Palma itself twice – on the first occasion we visited we went to a stunning bar with amazing rooftop views and great cocktails.  This bar was called Es Baluard Bar Palma – it’s next to the Contemporary Museum of Art and in a great location.  They also serve food but we only had drinks – we actually visited twice as it was such a nice bar with a good drinks menu.  After drinks we had tapas/pintxos at a place called Tast Union in the centre of Palma, which again I hugely recommend.  They have a huge selection of really reasonably priced tapas and well priced, good wine (around 2-3 euros a glass).  It’s advisable to make a reservation as it was absolutely rammed and we had to book quite far in advance.  The best thing we had was the mini burgers (2.80 euros) and the melted brie was also very yummy (2 euros). 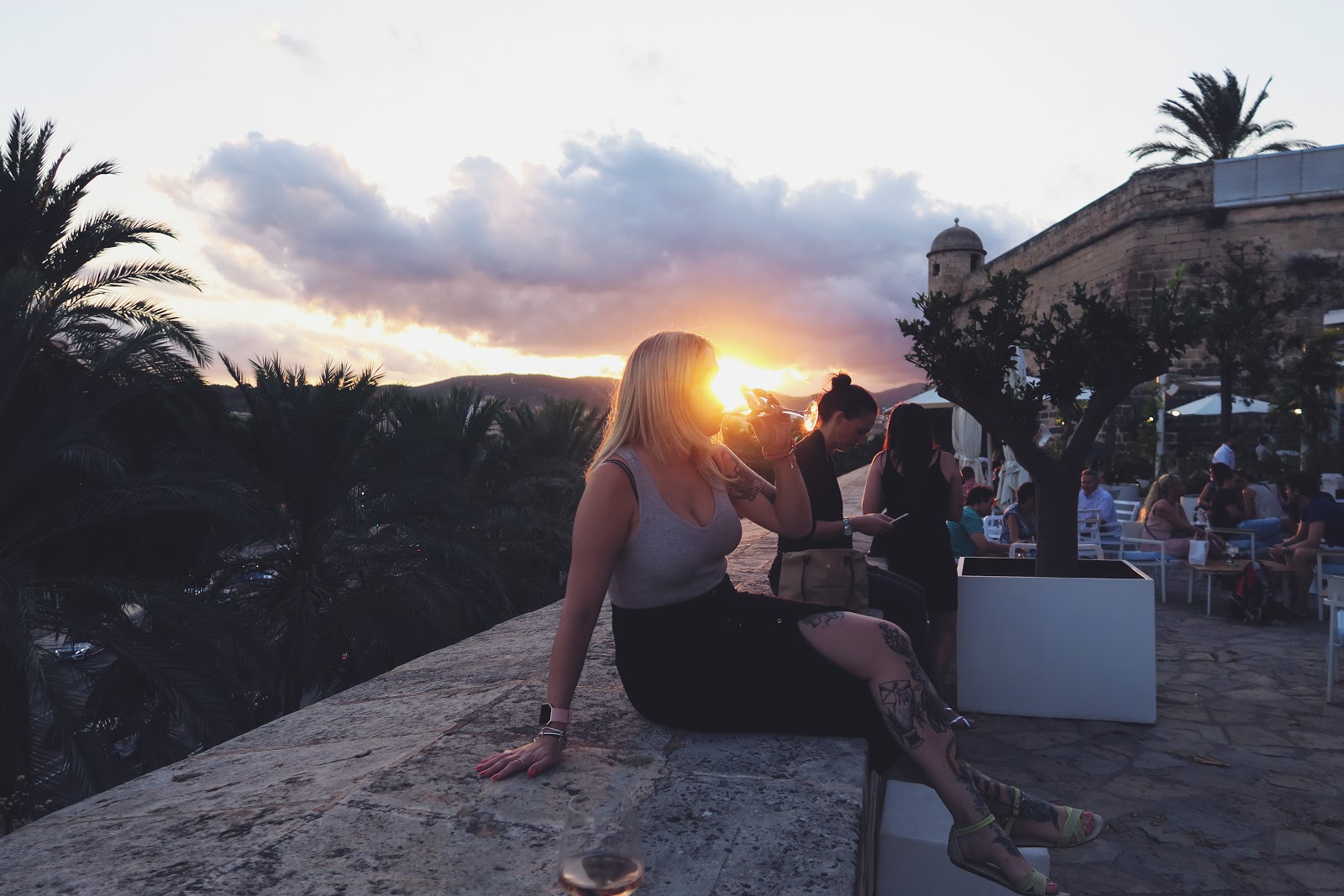 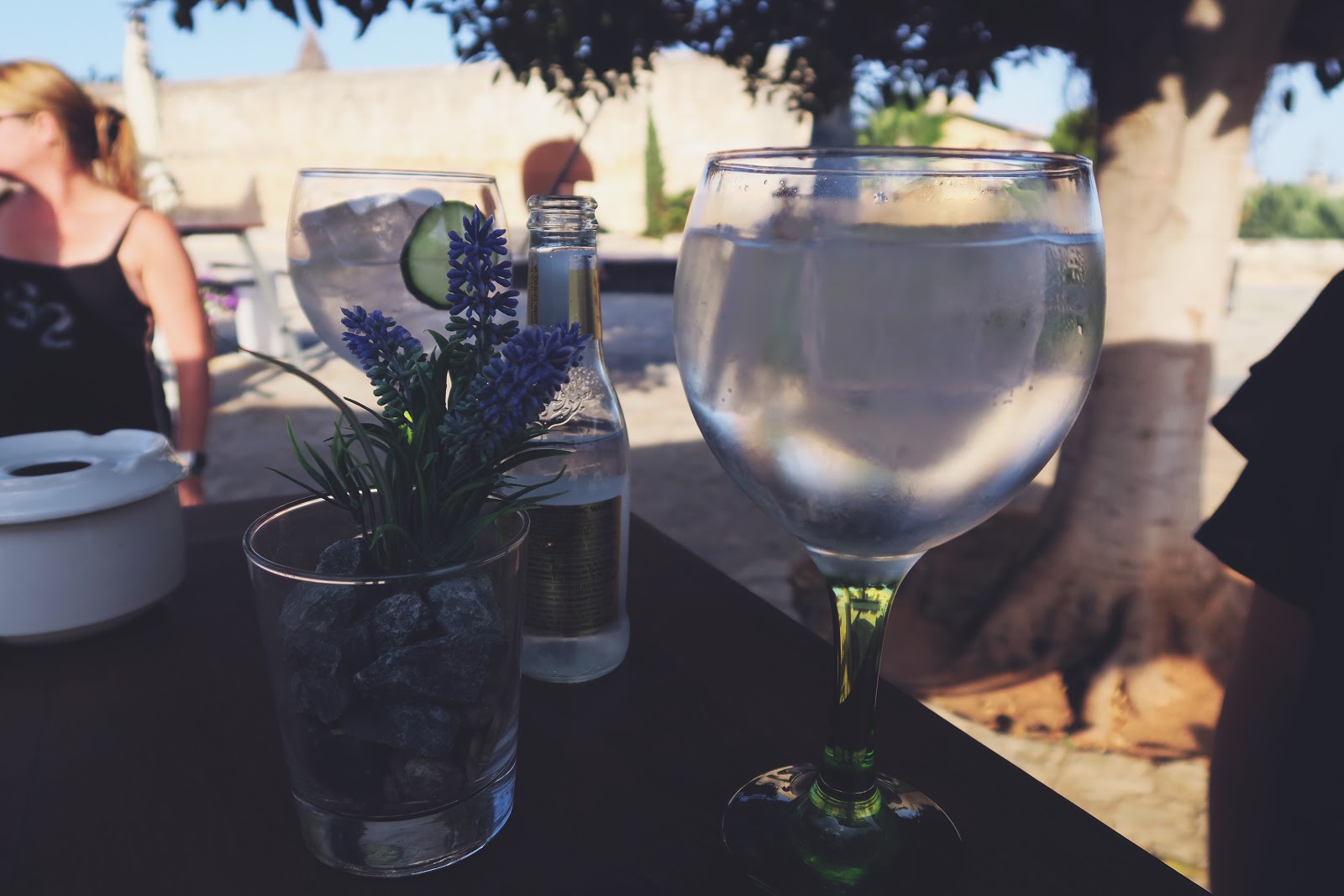 After tapas we went onto Bar Cuba – a bar, cafe and nightclub in the centre of Cuba.   There is a Sky Bar with rooftop views but the queue for this was huge and as there was a large group of us they advised that there would be a long wait.  The nightclub downstairs doesn’t open until midnight so we hung around until that was open and had drinks and a dance there.  It was really good fun and the music was great – my only complaint was the drinks prices were quite steep (10 euros for a disaronno and coke, cocktails are about 15 euros). 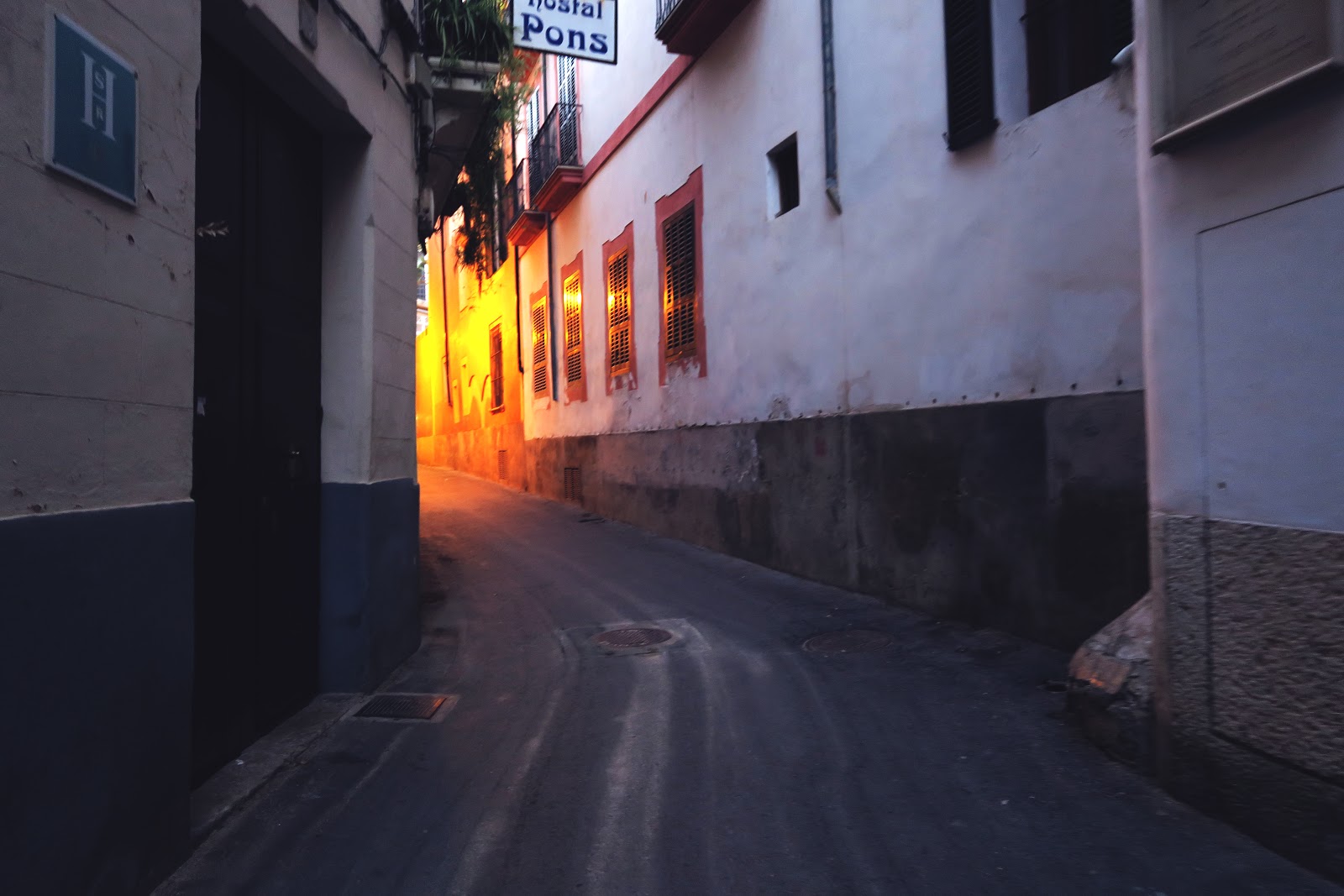 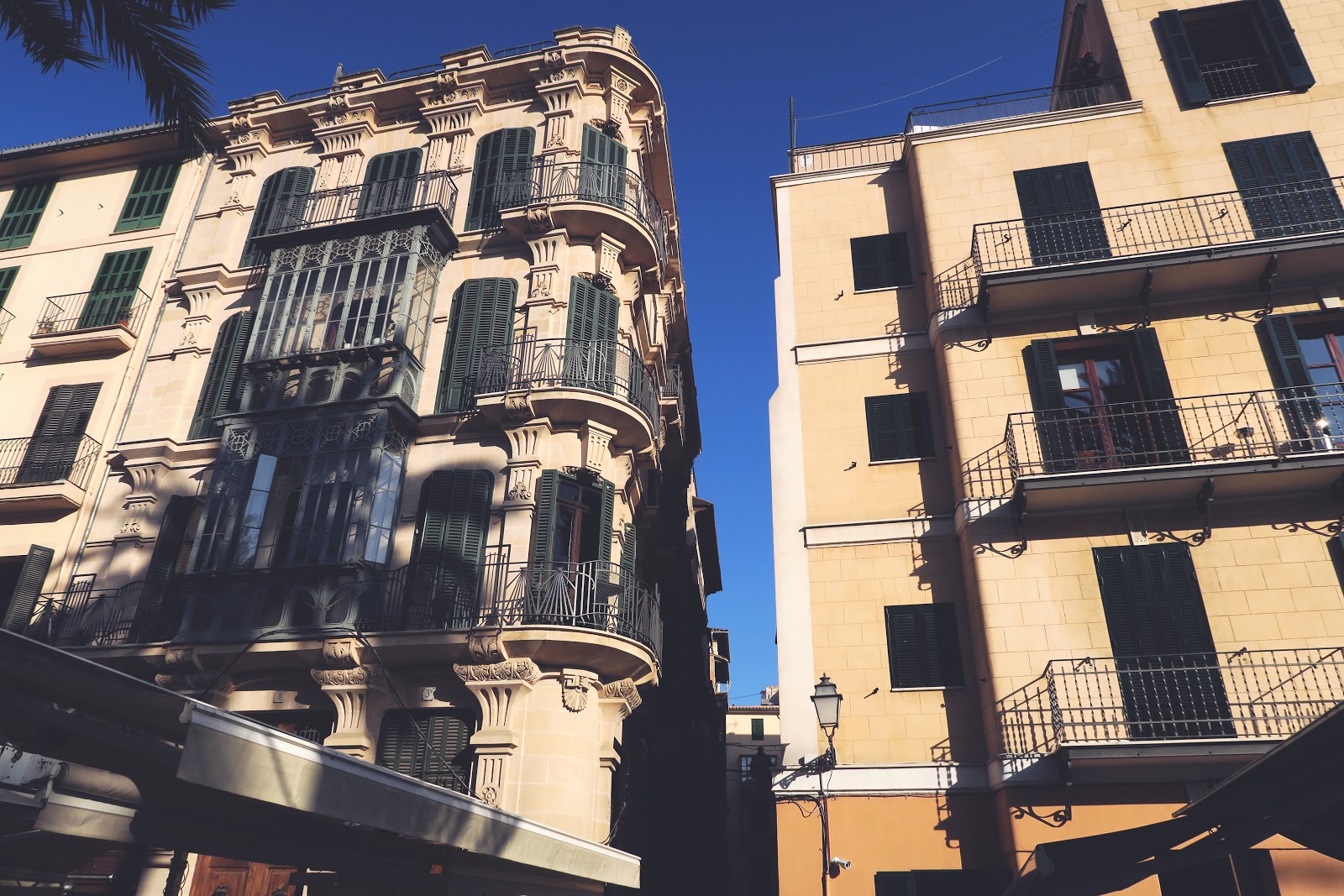 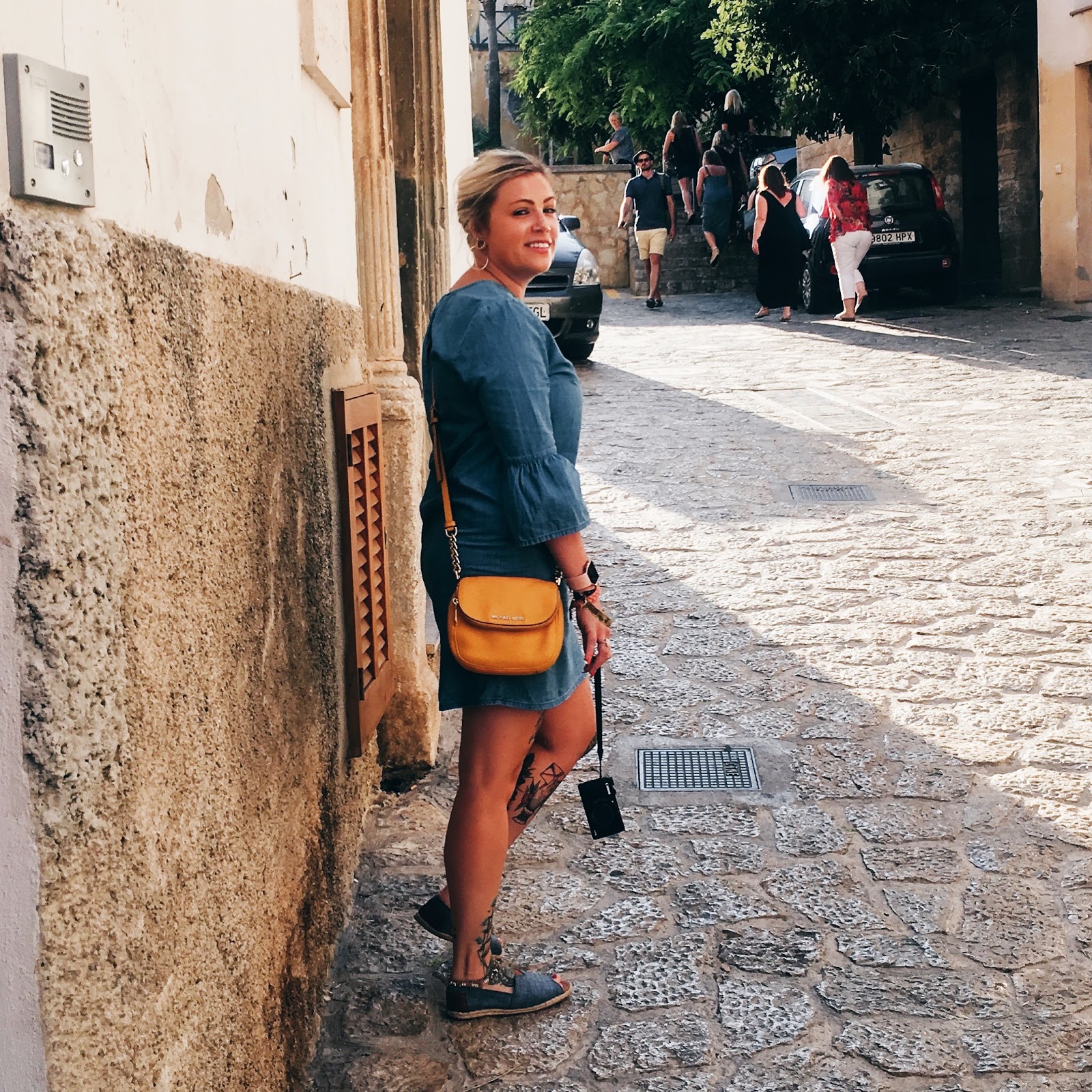 The second time we went into Palma we had an amazing Italian meal at Bianco e Rosso.  Main meals were about 13-15 euros but the portion sizes were big.  I had a gnocchi and it was delicious.  House wine was 10 euros a bottle, service was good and everyone enjoyed their food – another great choice by the hen party organisers!

After the Italian restaurant we went to a bar called Abaco, which was a real highlight of the trip.  Hidden behind huge wooden doors it has a stunning courtyard with a water fountain, birdcages and beautiful flowers.  You can walk around the house, which is also a sight to behold and very plush.  It doesn’t open until 8pm and then it fills up quite quickly so I think it was wise of us not to arrive too late.  Worthwhile also noting that drinks are around 16 euros, so it’s very much a stop to take in the sights and tick it off the ‘to see’ list rather than somewhere to buy a few rounds! 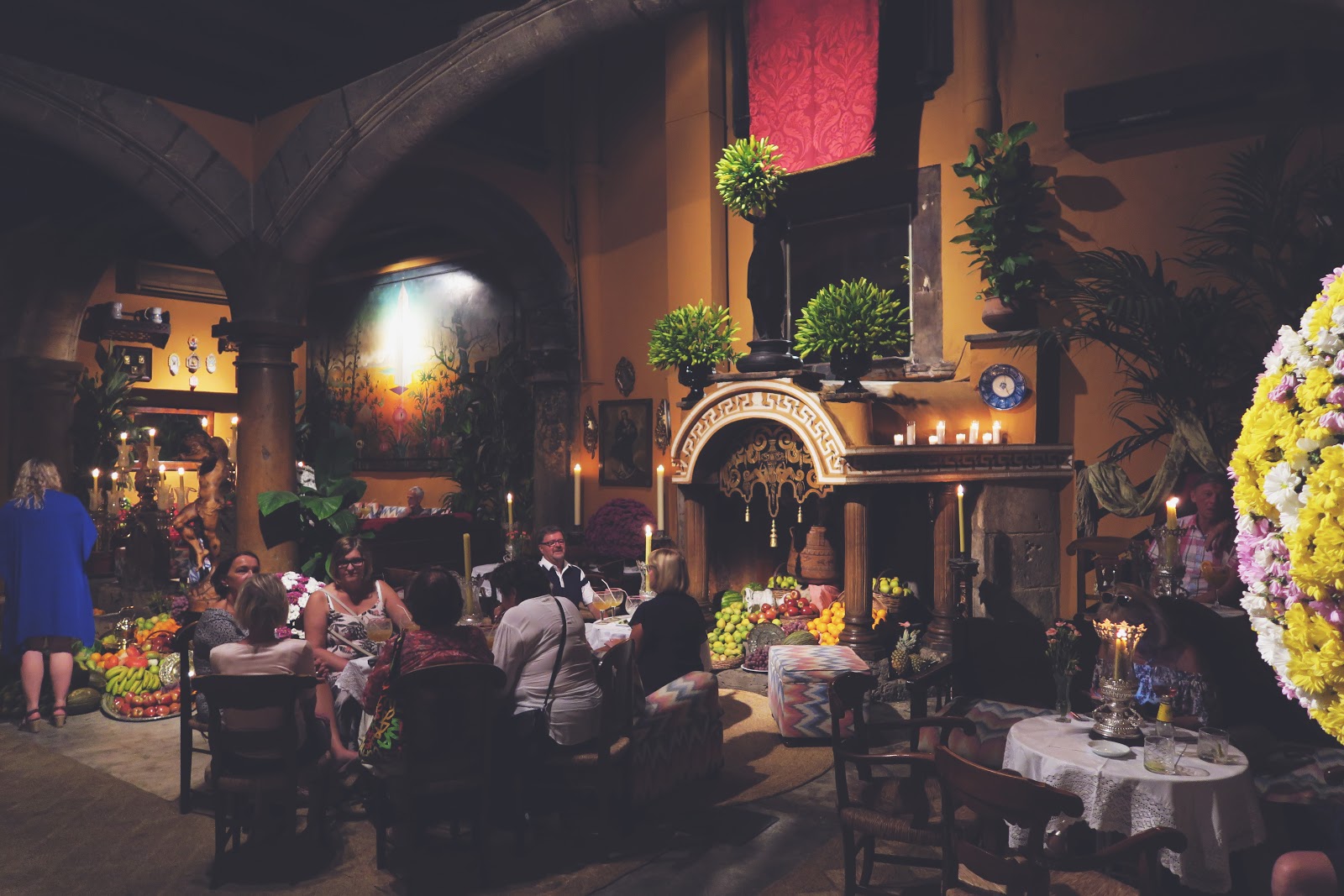 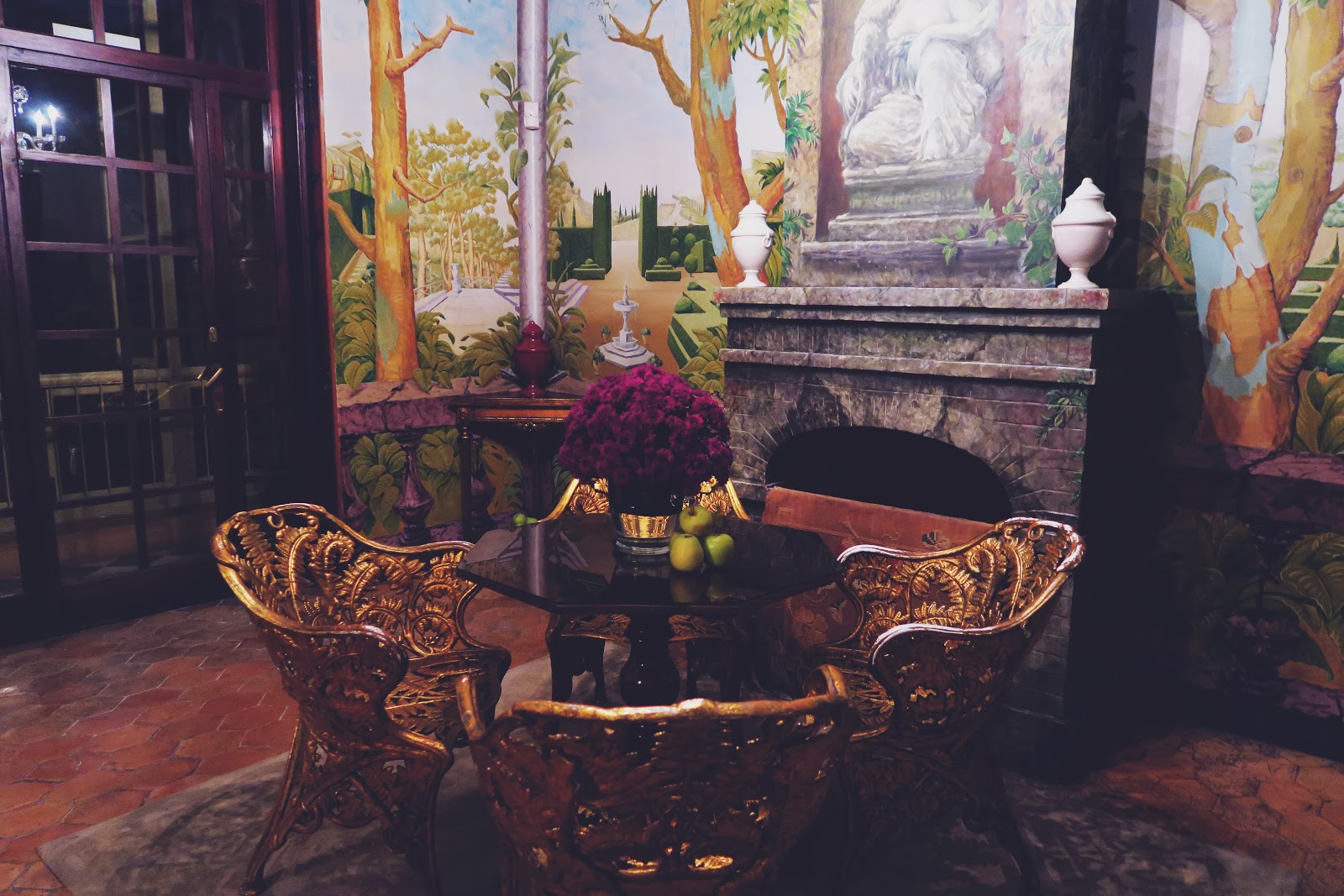 All in all we had an absolutely amazing trip to Palma and I adored every second of it.  It was fab to be away with a big group of ladies, lying by the pool and gossiping and drinking lots of fizz! The ladies who organised the hen do did an amazing job picking brilliant restaurants and bars and booking things for such a large group. 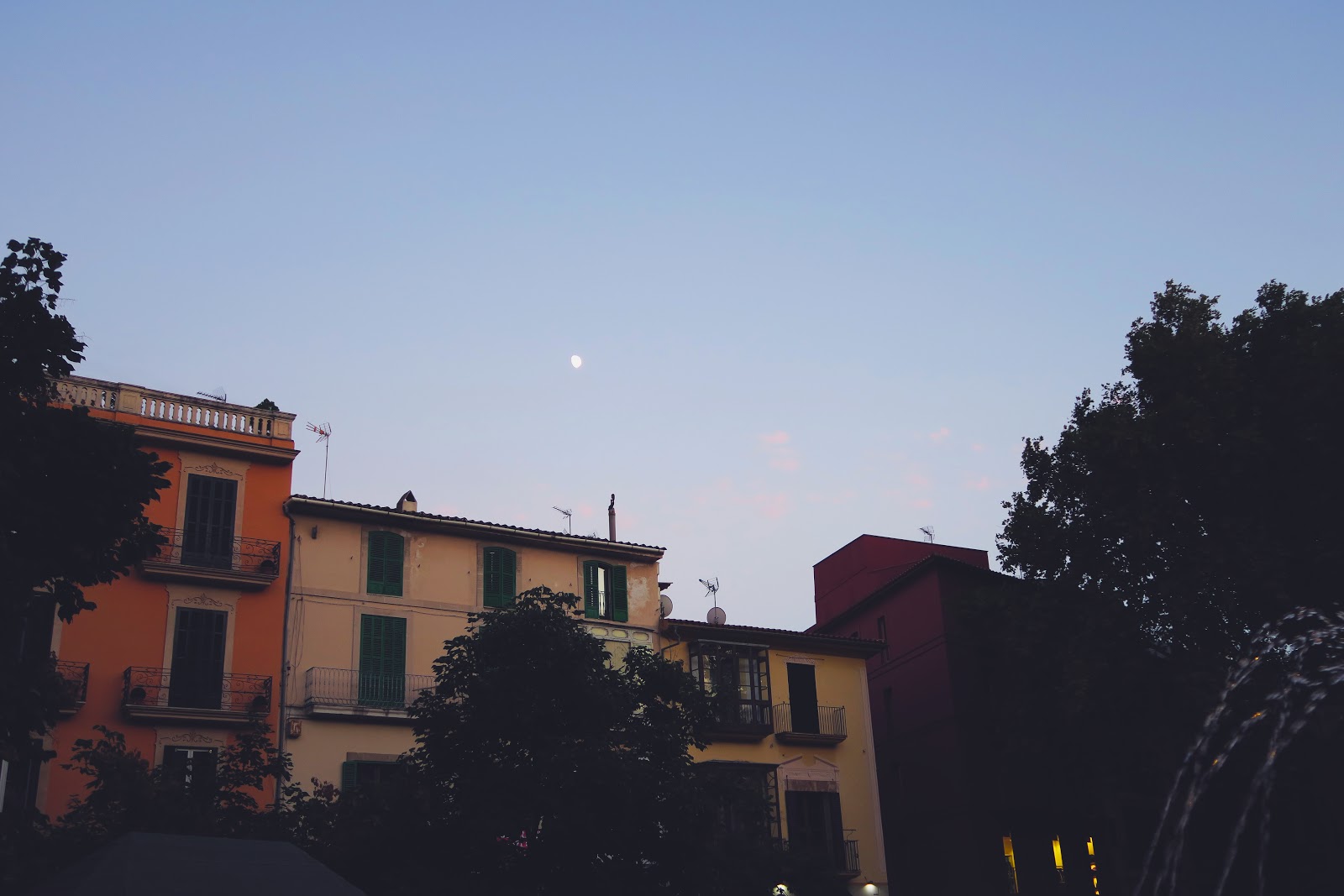 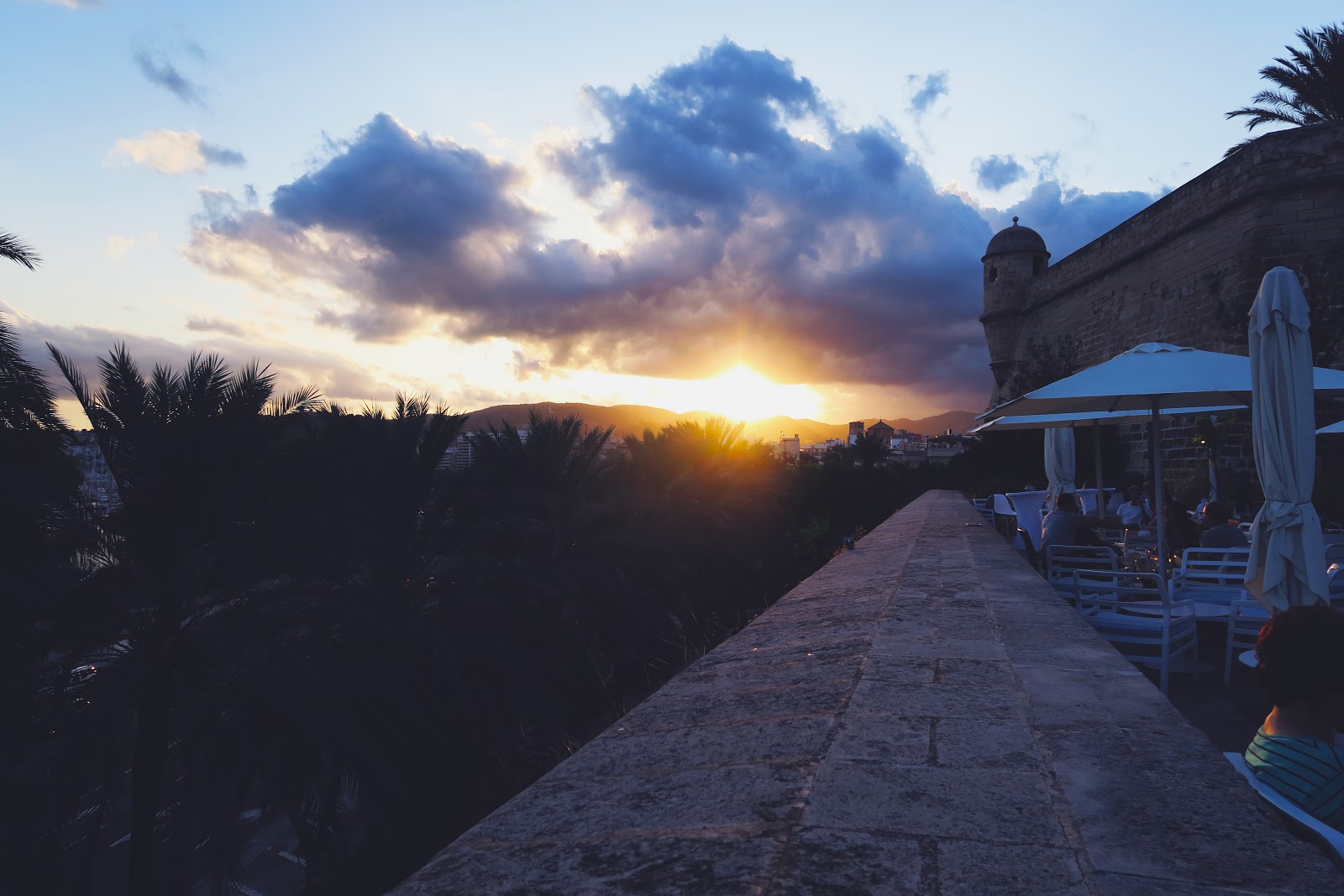 I’d love to go back to Palma again as it’s such a stunning city with so many great restaurants and bars.  It was a great choice for a hen do as there’s so much to see and do.  We flew from Bournemouth and flights were about £100 but you can get good deals depending on when you fly.

Have you visited Palma before?