Hello anxiety, my old friend.  I’ve blogged a little about anxiety before, and whilst for some time now I hadn’t really suffered any symptoms, I’ve found myself becoming more and more anxious recently and some of the issues I’ve had previously have started to rear their ugly head.  I thought sharing them here (and how I’m trying to tackle them) might be a little cathartic, and might help others suffering with the same struggles.

I guess I may as well start with the worst of it.  A couple of weeks ago I had a panic attack, or anxiety episode as my Doctor referred to it the following day when I phoned for advice.  I won’t go into what triggered it but it was one of the most frightening experiences of my life – I couldn’t breathe properly or catch my breath, I was sobbing uncontrollably and gasping for air.  My fingers tingled and I was almost rooted to the spot on the end of the bed.  I was taking my inhaler but it didn’t make it any better – in fact it just made my heart race which exacerbated the problem.  One of the issues was that because I mistakenly thought it was an asthma attack I treated it as such, and I kept puffing away at my inhaler trying to calm down.  The attack lasted about ten minutes but kept recurring throughout the evening.

I actually phoned my Doctor the following day to ask for a different inhaler, but when I explained what had happened he described it as a panic attack, not an asthma attack.  He told me not to use my inhaler in future as although it will open up you airwaves it can also cause the heart palpitations and shakiness I described which obviously is counter-productive.  Instead he increased the medication I take for stress and anxiety (anti-depressants by any other name) and gave me some coping mechanisms to try and help – things like managing my breathing (which was very difficult at the time) by breathing in for four, holding for seven, and breathing out for eight seconds.  This shifts your nervous system out of the fight or flight mode and into a para-sympathetic response. 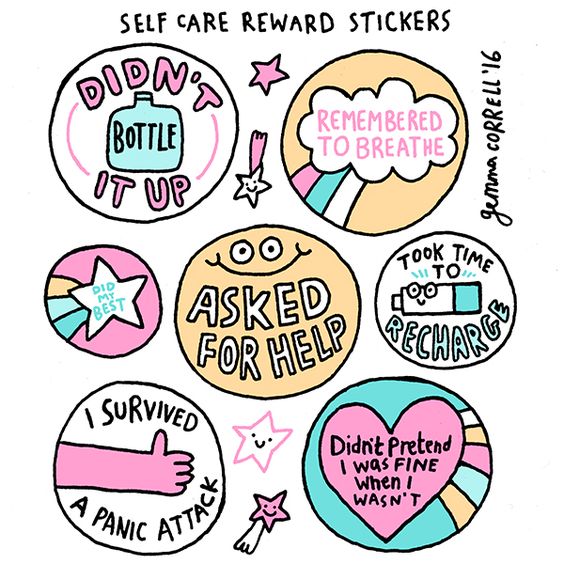 I mentioned ‘jiggy leg’ in the title.  I also call this disco leg, or I believe it’s also known as ‘restless leg syndrome’ (RLS).  I’ve had this for as long as I can remember, but never really linked it to anxiety before – apparently whilst it isn’t commonly caused by anxiety, being anxious can make it much worse.  At night my legs will shake in bed, and when I’m sitting at my desk at work I’m always jiggling my legs or tensing and un-tensing the muscles and flexing my toes.  I’ve noticed this has been increasing and increasing recently and I’ve also started other habits like grinding my teeth and fidgeting with my hands.

In order to combat this I’ve been trying a few things that were suggested to me by friends or on Twitter.  Firstly I’ve been taking the Solgar Magnesium Tablets on a daily basis as they are recommended for things like cramps, restless legs and heart palpitations.   Knowing how good magnesium is supposed to be for RLS, I also picked up a magnesium spray in Holland and Barrett (the Better You Goodnight Magnesium Spray) which I use before bedtime.  It claims to promote relaxation and be really good for muscles and joints.  I must admit that the first few times I used it I really didn’t like it as it causes a sort of tingling effect and it made my skin feel itchy and uncomfortable.  On the packaging it does say however that this is a sign that your body is absorbing the magnesium.  Now instead of spritzing and leaving it I actually massage it into my legs and I find I don’t get the itching and tingling and it definitely helps.  The final thing I use is another Better You product, the Magnesium Flakes that you can put in your bath.  I used these last night and I slept like an absolute dream immediately afterwards.  It’s really good for aching joints and it even makes your skin feel soft – I massively recommend these.  I also have been taking CBD gummies as I understand that CBD shows promising results when it comes to managing the symptoms of anxiety and depression and I find gummies much easier to take than an oil (especially with that unpleasant aftertaste you sometimes get from CBD) or a capsule. Another thing to consider are Terpenes by Finest Labs as research has shown that, in particular, terpenes with limonene as an ingredient can relieve the symptoms of anxiety and depression.

Along with these symptoms I’ve just found my general anxiety levels increasing.  I’m not sleeping very well, I find myself worrying about small things (worrying about saying the wrong thing, what someone thinks of me, looking back at things I’ve done or said and how they might have been interpreted) and finding it difficult to slow my busy brain down and stay present.  I’ve found myself feeling incredibly tired and energy-less almost all of the time, feeling a little like I just want to hide from the world in my comfy bed and cancel any plans that I make.  This of course exacerbates the problem as I then convince myself that the friends I’ve cancelled on all hate me and I’ll be barred from the yoga class I had to un-book and everyone is talking about the day I had to leave work early with a stress headache.  Oh it’s lots of fun being in my head!

The only thing I find helps is self-care, self-care, self-care.  Just allowing myself to slow down and just indulge in whatever I fancy with no guilt or shame.  It’s taken a long time to just let myself lie in bed for hours reading, have two baths in one day or sit and eat a whole packet of digestives in bed (okay, not in bed – I’ve not completely gone wrong, crumbs and bedsheets are a horrendous mix).  I think the bottom line is to forgive and love yourself and go at your own pace.  There are also lots of other things that make me feel better, like journalling in the morning, listening to relaxing music, using the Calm and Headspace apps, going for a walk and spending time in nature and using essential oils, such as lavender.

Overall though I’m just trying to be kind to myself and accept that these things will come and go, and not try and fight them.  Would love to hear if you have any other tips or recommendations for things to try, or even if you’re going through something similar and just wanted to say ‘hey panic attacks suck, yo?’