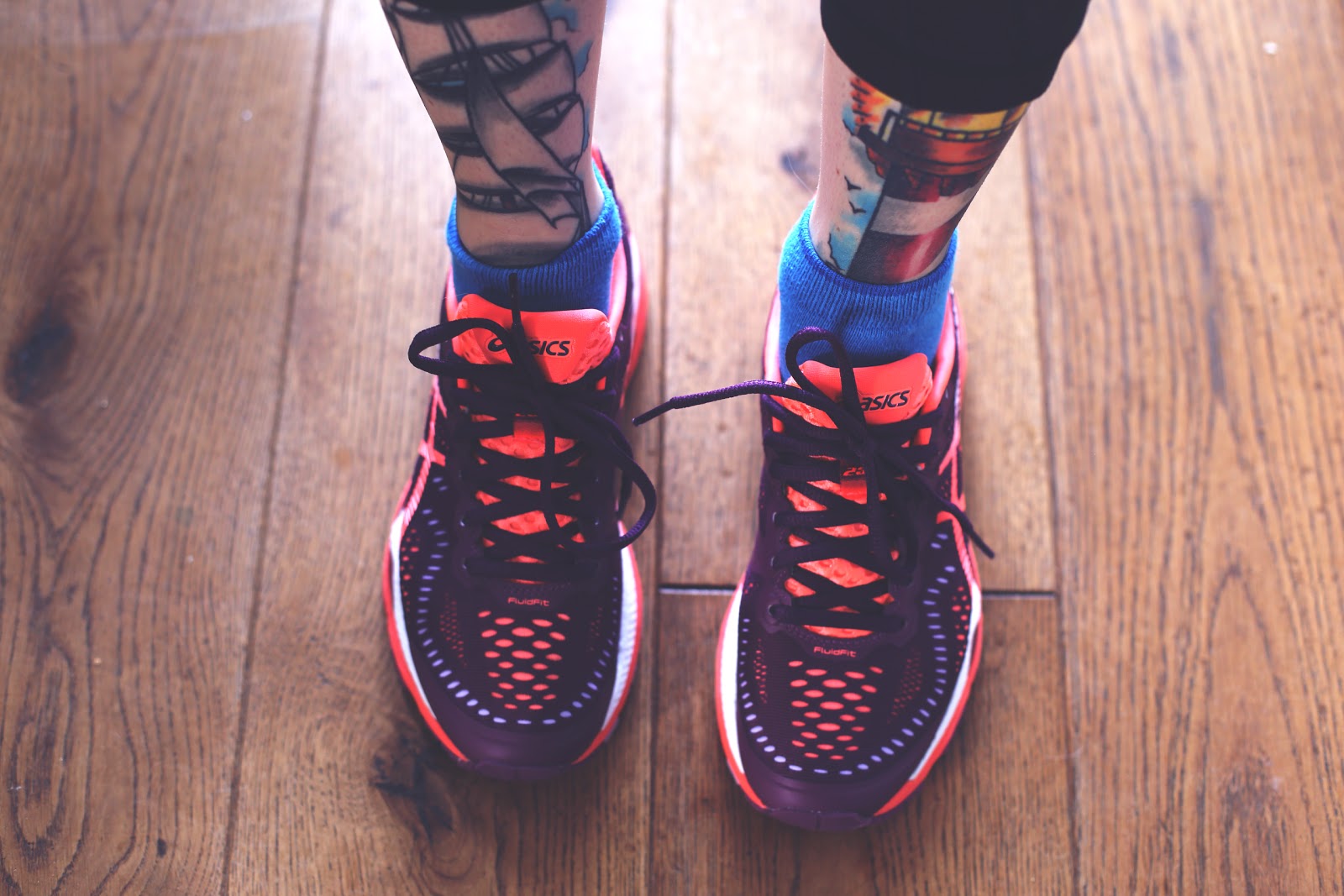 There was a time a couple of years ago when I used to run every day before work.  Running was the first real exercise I got into after about 12 years of doing almost no physical activity whatsoever, and so it will always have a special place in my heart (I even wrote about how I ran to Nottingham – well, kind of).

An awful lot has changed since my days of running 5k most mornings before work, not least the fact that my commute is currently around an hour rather than the 10 minutes it was back then. Nowadays I tend to eschew cardio in favour of lifting weights, and whilst running kick-started my weight loss and fitness journey, I’m more focussed on building muscle and toning my body.

Whilst seeing my shoulders and biceps grow and watching the fat on my legs slowly (so slowly) turn into muscle is pretty exciting, there really is nothing quite like a run along a windy seafront, the breeze swishing your ponytail, your trainers pounding along the promenade. And so it was that a new pair of rather jazzy new Asics running shoes* came into my life, and my old, battered but much-loved Asics runners were sidelined to the back of the cupboard (one cannot simply just throw out running shoes, you understand).  After not running since November, I took them on a trial run (okay, jog – it’s been four months) along the seafront on Tuesday morning. Now, if there is one thing I have learned since running, it is that you should try and at least vaguely plan some sort of route or distance before you set off.  And always remember the golden rule – if you run a certain distance away from home, you have to then come that same distance back (I know, it’s a complex one).  I did not really pay attention to either of these rules, which is how I found myself merrily jogging along 2.6 miles from my house and then realising that five miles is a little distance to run when you haven’t actually pulled your running shoes on since before Christmas. 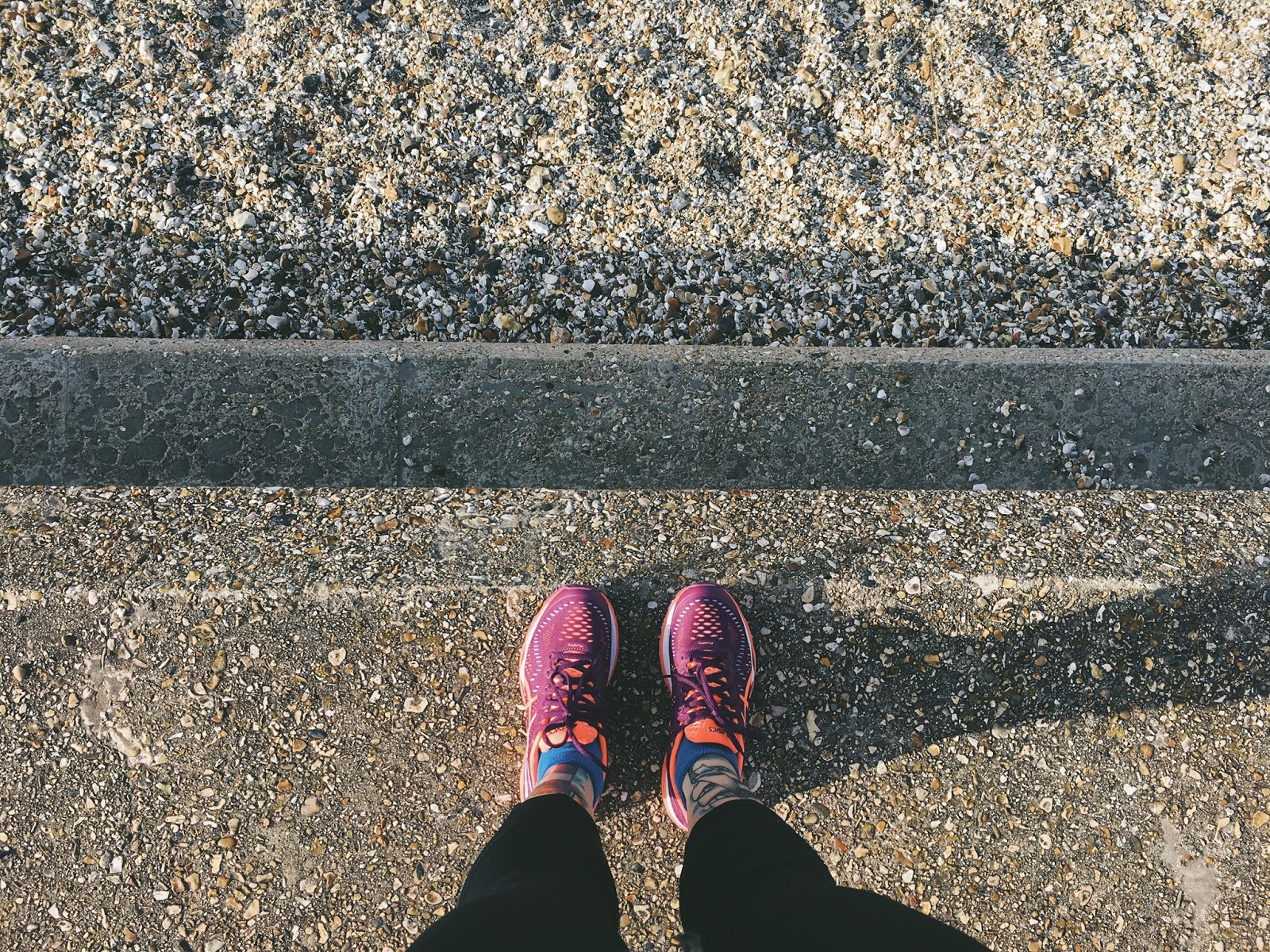 I think the exhilaration got me a little bit – that feeling of being totally powerful, in tune with your body; like you could achieve anything.  However my body did not feel like quite the same slick, well oiled machine yesterday when it could barely achieve walking down stairs or getting into the bath the following day.  Lesson learned – running is bloody amazing, but don’t overdo it!  One thing I do know is that the one thing that held up throughout the run even when other parts of me were trying to gently give me a nudge that I might have slightly overdone it, was my trainers.  I massively recommend Asics trainers, and John Lewis have a fab range of running shoes whether you’re a total beginner or a seasoned running pro.  Running is such a great sport to get into and now it’s coming into Spring, which brings with it lighter mornings and lighter evenings, it’s the perfect time to dig out (or seek out) your trainers and rack up a few miles.  I’m going to start fitting one or two runs a week into my routine – partly to add in some cardio and partly because I really do find that the fresh air and the act of running outside really clears my head and makes me feel absolutely great afterwards.

Are you a fan of running or do you prefer other activities?

*Post in collaboration with John Lewis, all opinions are my own