On Thursday I drove to the gym before work and left just as the sun was coming up. When I got into my car the sky was dark navy, like a school pullover. The street was still asleep – no orange glows from windows, no barking dogs nor the hum of car engines starting. I don’t say this to boast about my motivation to go for early morning workouts by the way; just that there was this moment of total stillness before I started my journey.

When this happens I often find myself taking a moment to stand in the street and take it all in. There’s something about being still in the middle of a road that feels almost rebellious to me (we always hurry across a road don’t we? So stopping feels somehow dangerous). There is a chill in the air that signifies the onset of Autumn, and a sheen of condensation lines my windscreen. I throw my gym bag onto the front seat and zip my hoody closer to my neck.

This morning I’m not leaving a sleeping husband in bed – Tom is away with work for the week, which adds somehow to the stillness of it all. I know that Bodhi dog will have climbed back into his bed and the house will fall once again silent, with only my leftover green tea cup and the strewn bedcovers to signify my presence this morning. 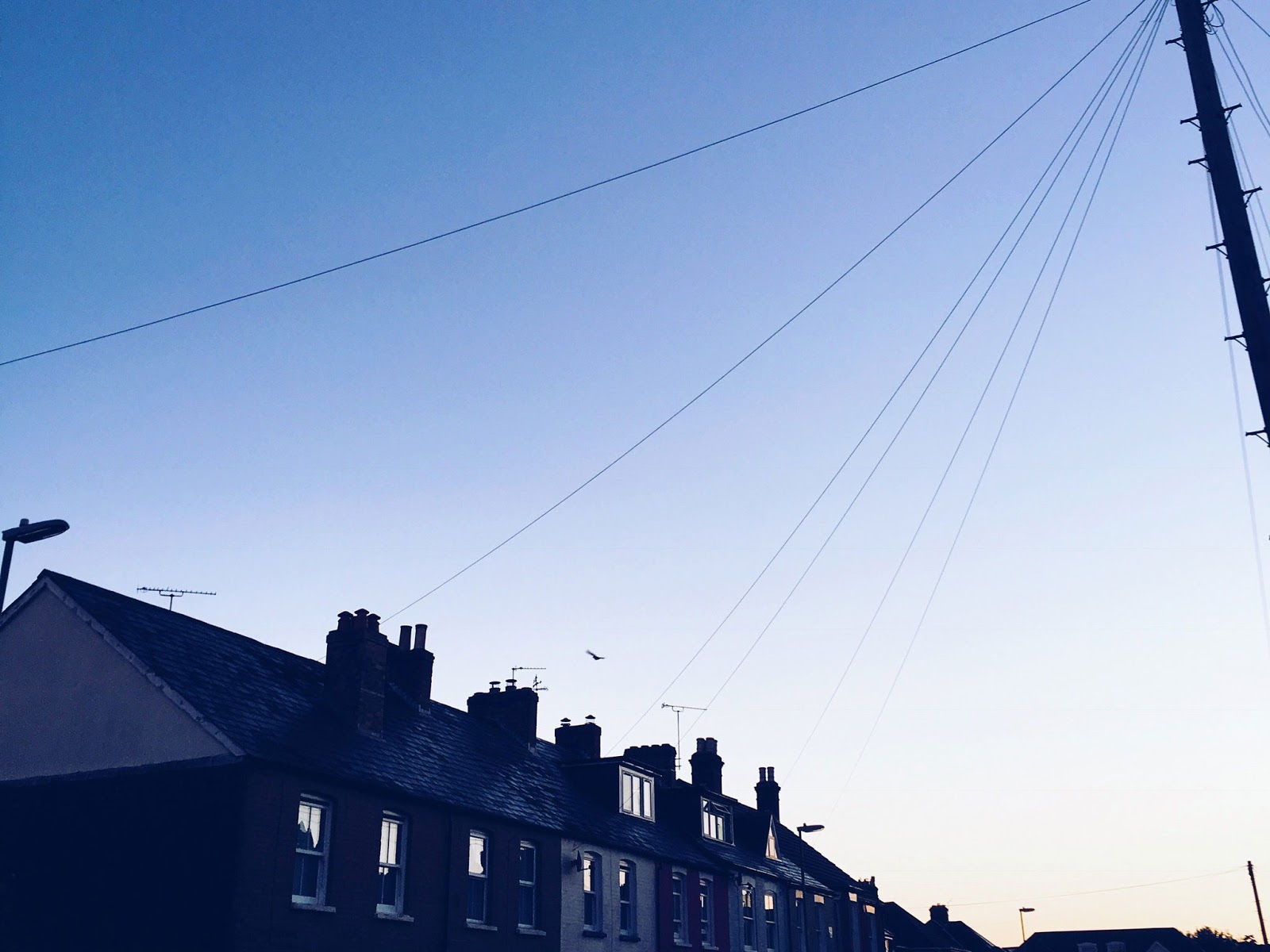 In the car it feels like the day should start with music in keeping with the quietness of the morning; and so I choose a Calexico/Iron and Wine joint album I’ve been listening to a lot lately. By the time I’m driving through Lyndhurst (a pretty town in the forest with bunting strung across the street) it reaches my favourite track, ‘16, Maybe Less‘.  This song always reaches deep down into something buried deep inside of me.  It’s about being an adult and remembering a teenage relationship (“Time has bridled us both but I remember you too”). There’s something so poignant about it; about longing for the wildness and intensity of youth, and it’s a song I have to be in a certain mood to listen to. As I rounded the corner to a section of the journey where fields and moorland open up to the right I could see that the sun was rising, and the sky was the most amazing deep, vast orange. The warmth of the rising sun against the coolness of the low-lying land had created a mist, and horses lazily navigated the haze, silhouetted against the skyline.

There was something indescribably ‘too much’ about it all. It was truly overwhelming. The song, the sunshine, the stillness, that feeling of being completely on your own in the world. At times like this there’s always this odd, primitive yearning that I feel stirring in my gut – a desire to abandon my car and just walk deep into the forest and ensconce myself with nature. I imagine myself calmly parking at the side of the road and just walking; into that dappled sunshine, the near-frost on the undergrowth softening beneath my feet. To walk, and walk and walk until all is trees and horses and dirt and you. 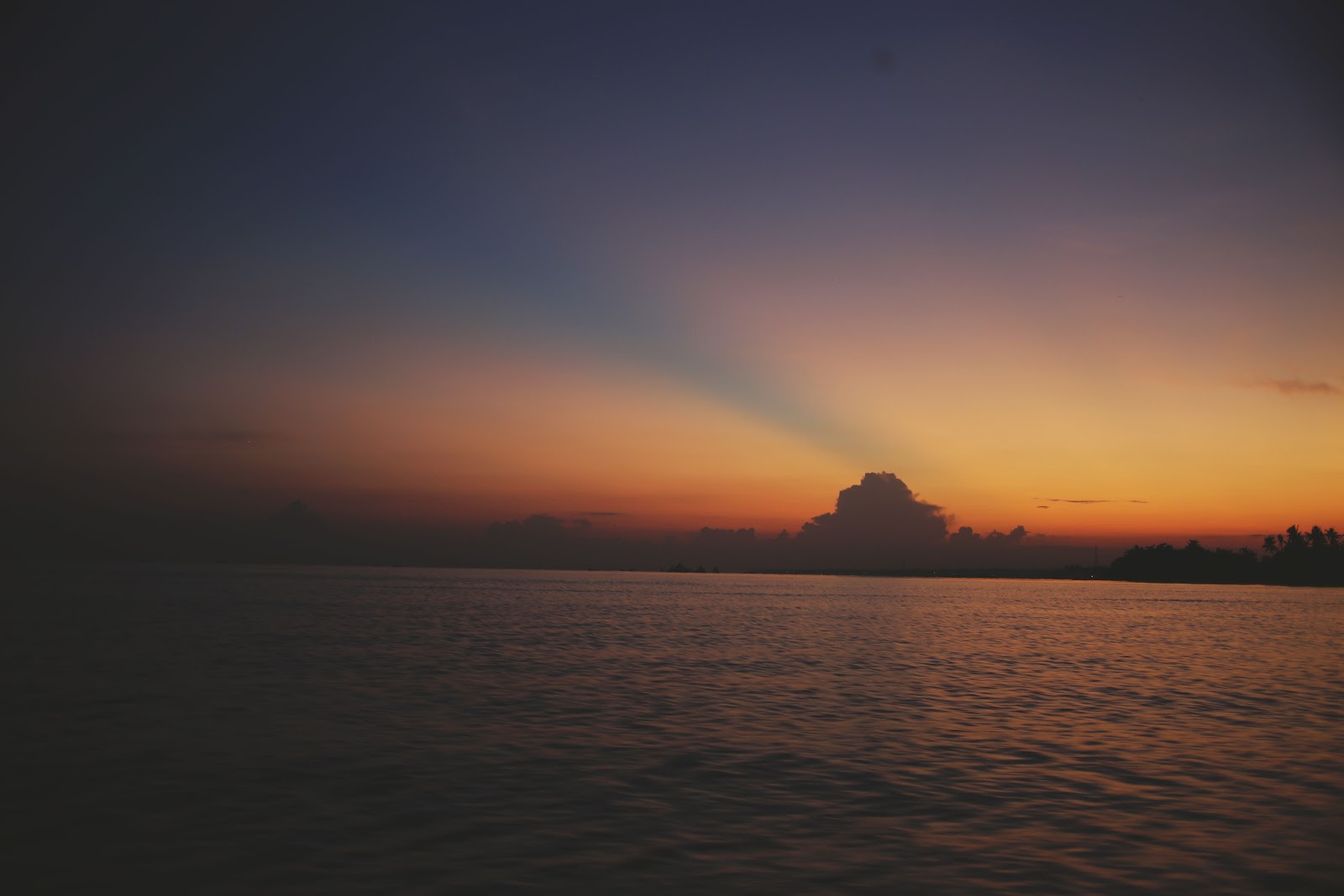 And that’s how it all started, this feeling of loneliness that started at the back of my throat and forced me to breathe deeply and bite my lip.  Because I realised I hadn’t really spoken to anyone in almost 12 hours – which isn’t really a big deal, in the grand scheme of things.  But last night had been a different evening, something I had been building up to for some time.  I’d been to a football training event to discuss playing for a ladies football team – the sort of thing that people do all the time, but that I never do because my overactive brain tells me that I won’t be able to do it, that I’m too old, not good enough, that no one will talk to me, that it’s easier not to go.  For this reason, I’ve been knocking around the idea of going to a training session for months, until it was the point that I had to either go, or abandon the idea forever.  I chose to go, which is a big enough deal for me – to drive to practice, butterflies in my stomach, a bag of nerves and anxiousness.  And it was FINE – of course, and when I arrived back to my car afterwards I felt this whole mix of emotions I couldn’t translate into words. But there were no messages on my phone, no missed calls.  I drove home to an empty house, made dinner for myself and wandered through rooms feeling somewhat lost.  I endured a brief crackly phonecall from Tom, who was out for dinner with colleagues, and went to bed feeling empty.

My phone remained silent as I drove to the gym that morning.  And somehow this expanse of sky, this sight that rendered me speechless and opened me up – it galvanised this sense of loneliness. It was just another thing, at that moment, that wasn’t to be shared.  Something that would be internalised and buried deep inside of me; another secret, another stone dug into the dirt.  I longed for the closeness of a teenage friendship, a person who would know the absolute minutiae of your life and be constantly rooting for you.  To have that person, or those people, who hold you in their thoughts and who think of you in times of difficulty, or challenge – in times when you are on your own.

This isn’t a complaint, or a whinge – I think that as you get older, the nature of relationships change so much. And I am guilty myself of living in a bubble and not thinking of others as often as I should. I also pride myself on being a very independent person and so I don’t always share when things are tough for me, or when my internal monologue is building something up to be a ‘big deal‘ to the extent that it’s all I can think about.  So it’s certainly not a criticism of my friends, so many of whom are incredibly thoughtful.  It’s just that, I noticed that in that moment I felt incredibly alone in a way that I haven’t for some time.  I watched the marmalade tinged sky grow smaller in my rear view mirror and turned up the heaters in my car.  Sometimes you don’t even know how you feel until nature shows it to you.  Against the hugeness of that sky and the world turning even when everything else is still, I felt very small.