I’ve only really scratched the surface of UK festivals, having been to Reading Festival twice and End of the Road three times (as well as some smaller ones like Festibelly and Redfest) but I’ve always had my eye on Latitude Festival. With its range of artists and offerings (from poetry and literature, to cabaret, to comedy to a real range of music) it seemed to capture the essence of what I love about End of The Road whilst also being a large enough festival to draw in some great headline acts. Rocket Dog footwear kindly invited me along to Latitude Festival last weekend to experience what it has to offer as well as road test their footwear for stomping around festivals (luckily with no muddy puddles included as part of the experiment!)

The night before the festival we loaded up the van with cider, our comfiest quilt, sausages and bacon for the perfect festival breakfast and a Boots baby aisle’s worth of baby wipes. “How long will it take us to get there?” asked Tom casually. “A couple of hours I think,” I answered vaguely, discreetly typing the postcode into Google Maps. “Suffolk is just past London, right?” Google Maps apparently disagreed with my grasp of UK geography, and we hopped in the van the following morning at 09.30, not realising that this wasn’t quite early enough for me to get there in time for Lapsley’s 14.00 set, nor Madeleine Shaw’s 15.00 talk in the Literature tent (turns out, Southwold is a little bit further on than London). 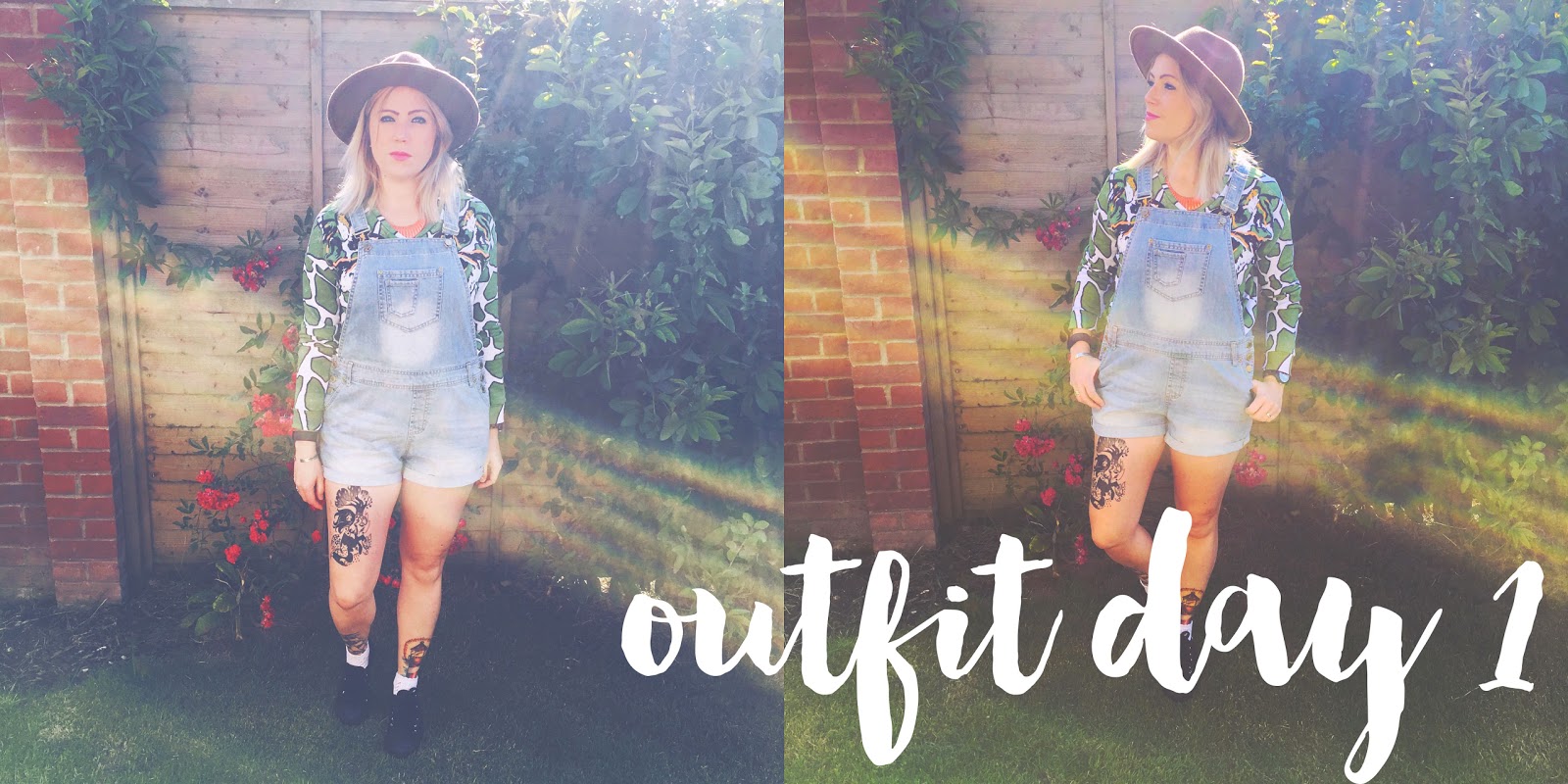 We arrived about 15.30 (to be fair, we also stopped en route to raid Tesco for prosecco and kettle chips, as well as to drop Bodhi at his best pal Henry’s house for the weekend) to roll up to the Campervan Field to be greeted by a burly security guard who had one question for us – “Have you got any glass bottles with you?” I glanced around at the two bottles of prosecco, eight bottles of cider and ten bottles of beer and opened my mouth to explain that we had strictly ‘cans and plastic bottles only’ before Tom jumped in with a “Yes. Lots. Our whole fridge is full of them.” That boy is too honest.

After a lot of decanting and what turned out to be a very understanding and helpful security guard, we finally put up the awning, opened a cider and strolled into the festival site around 17.30. We wandered past stalls selling all manner of different foods and festival accessories before we made it into the main area. We headed straight to the Blixen pop up restaurant for a glass of prosecco and to sit by the river and take in some of the sights. We had booked in to their pop-up restaurant for dinner after a suggestion via Twitter and it felt like a real novelty to sit at a table and eat with proper cutlery (at a festival I mean, I do have that luxury at home). After a really yummy meal and another glass of prosecco we went for an explore around the site. Most of the acts we wanted to see were on the Saturday and Sunday so we spent most of Friday evening just generally exploring, popping into the smaller tents to see what was on, and soaking up the festival atmosphere. 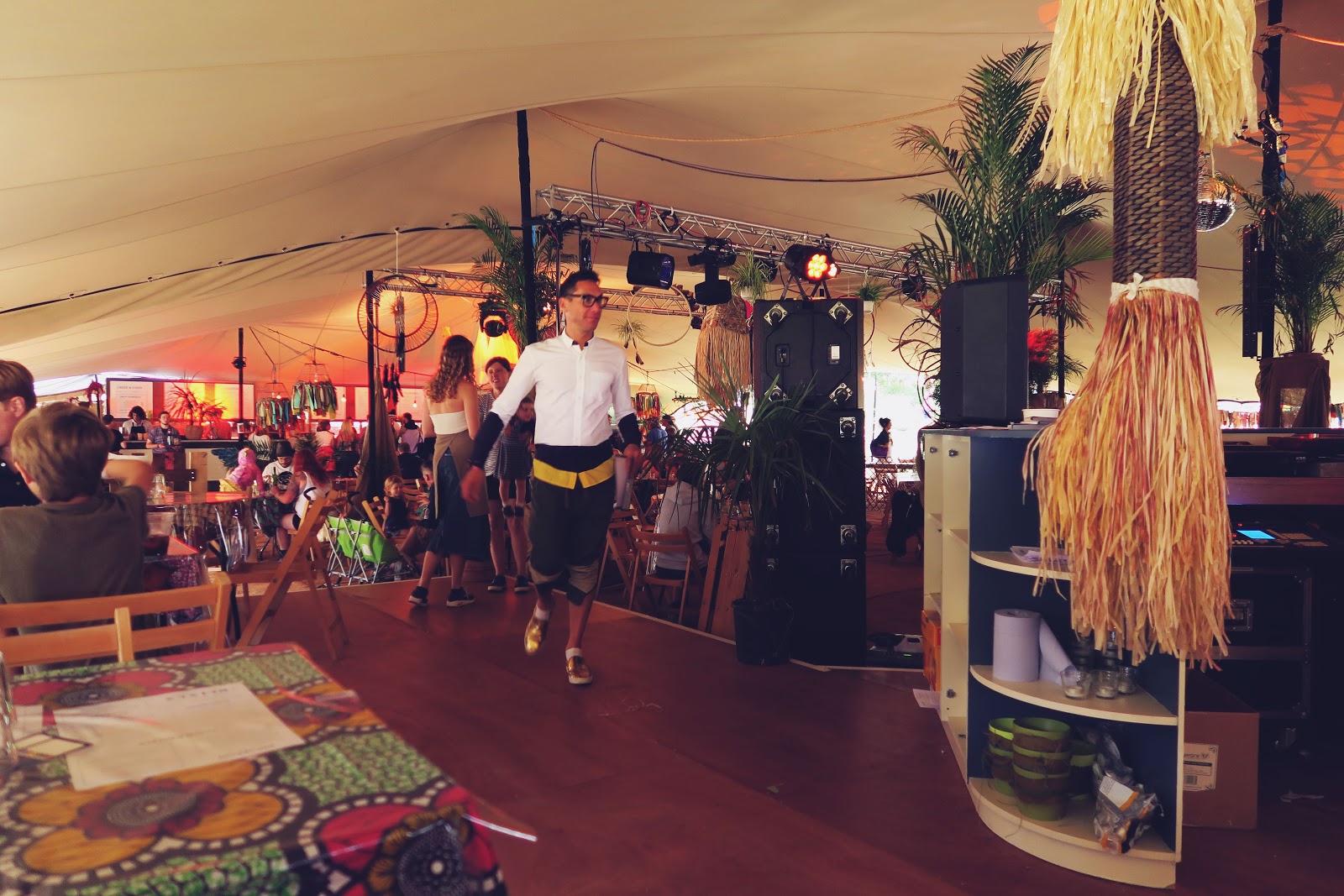 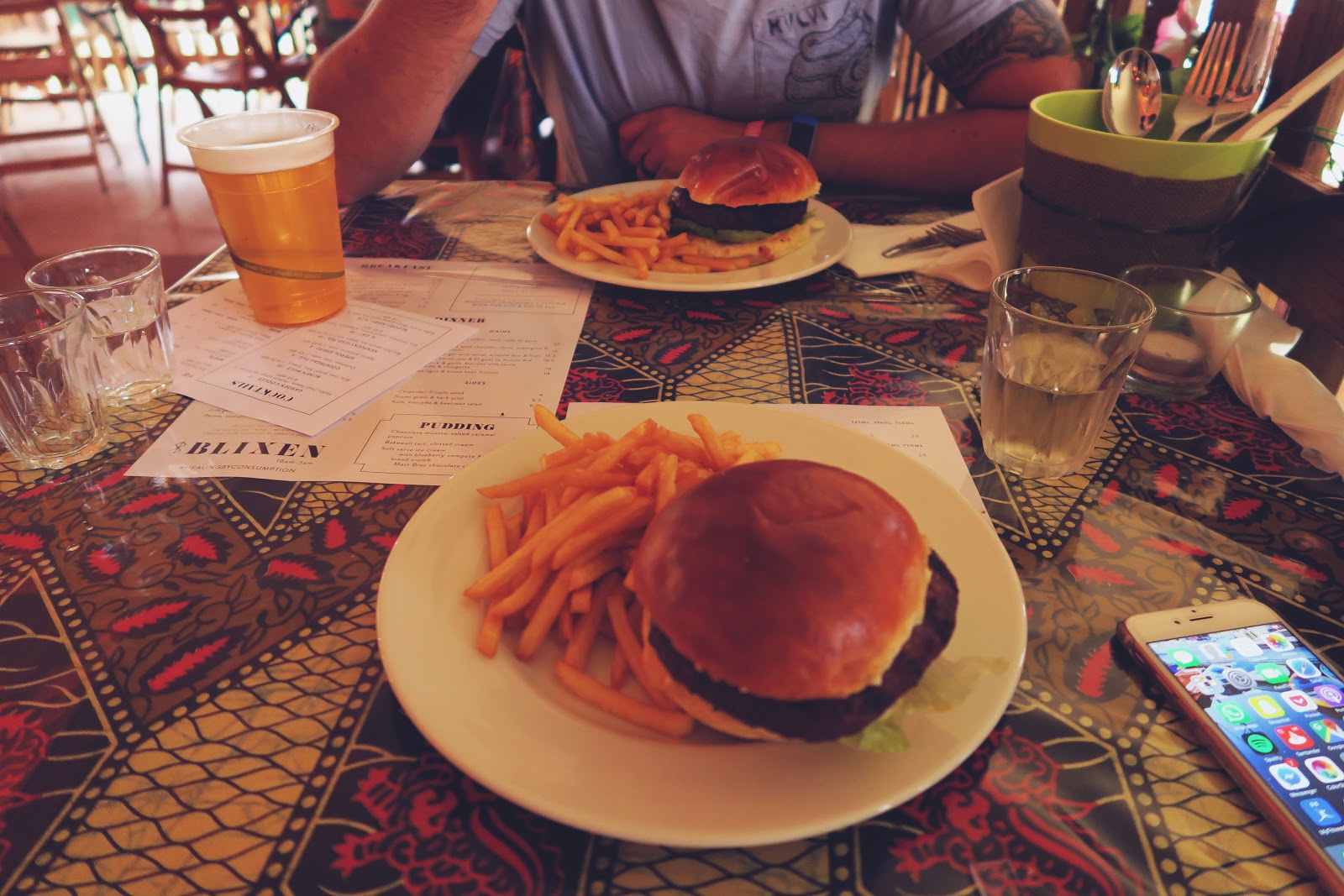 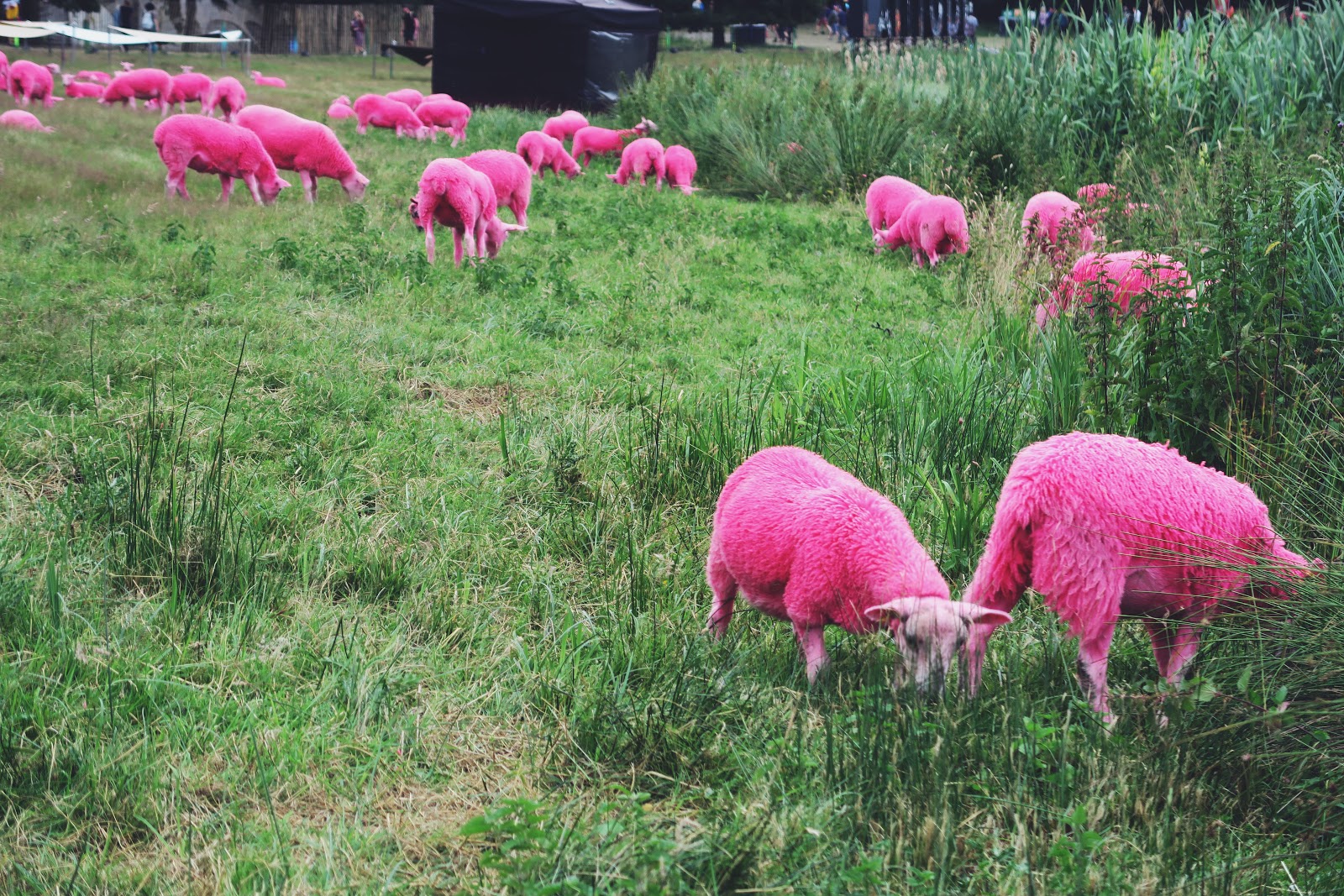 We woke up early on Saturday morning (the perils of sleeping in a camper van – or indeed a tent) and filled up on sausage sandwiches before heading into the festival. Despite the fact that we lazed around the campsite for several hours that morning I still managed to miss the first person I wanted to see on the Saturday in the Comedy Tent! (The camper van field was probably about a mile and a half from the main area and I totally underestimated the walk!) We watched a talk on mindfulness, watched a little bit of Robin Ince (but the tent he was in was tiny and we couldn’t really hear from outside), and then headed to the main stage to see Daughter. Daughter are one of my favourite bands and they didn’t disappoint. It’s such an amazing feeling to see a band live who you’ve listened to for a really long time; particularly one whose music and lyrics really resonate with you. We managed to get pretty much right up at to the barrier at the front so we were really able to take in the show. We then headed to the BBC Radio 6 Introducing stage to see another one of my favourite bands, Half Moon Run. They are amazing live and I hugely recommend checking out their Live Lounge set – the singer’s voice is incredible and they are sickeningly talented. 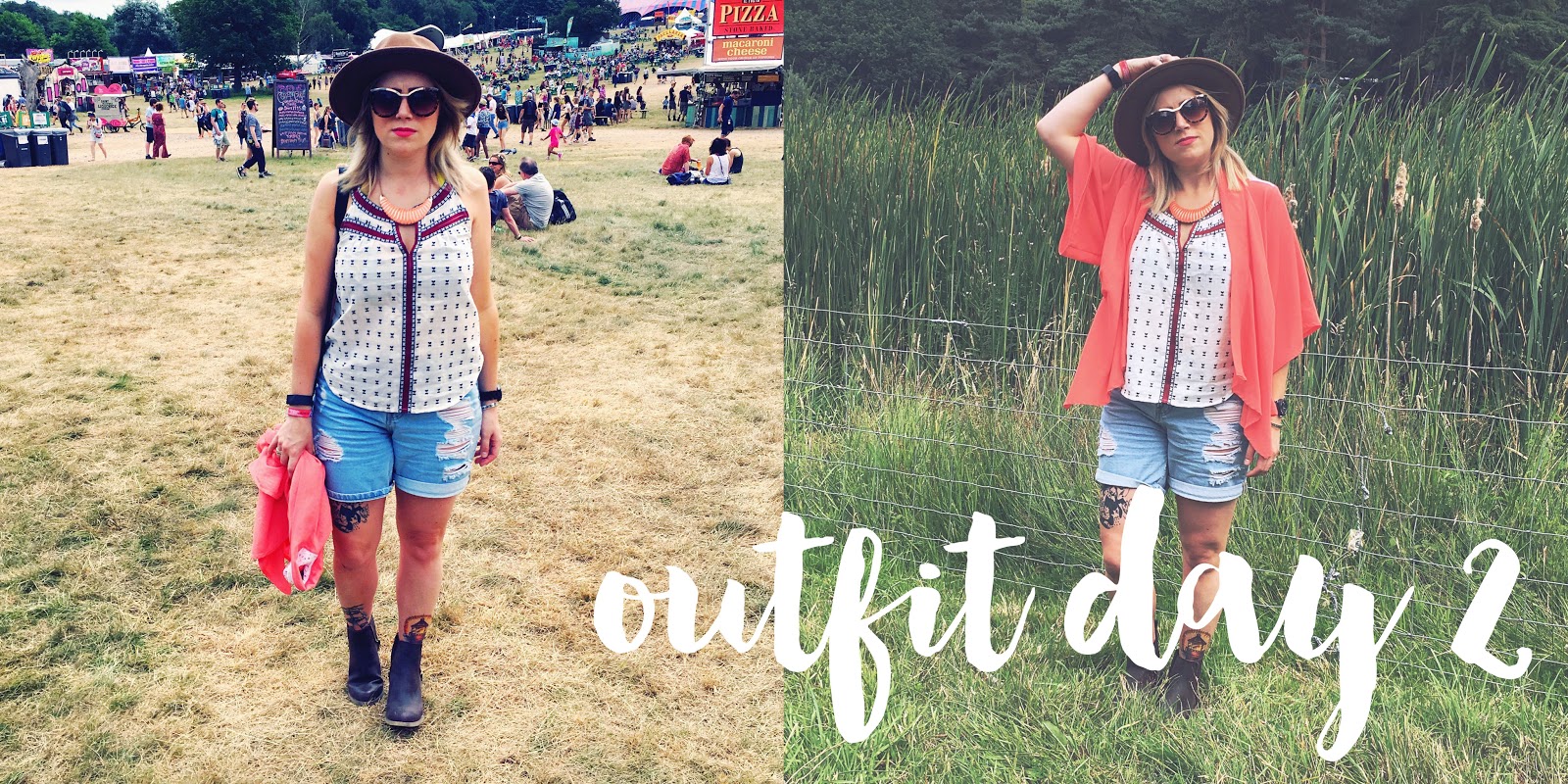 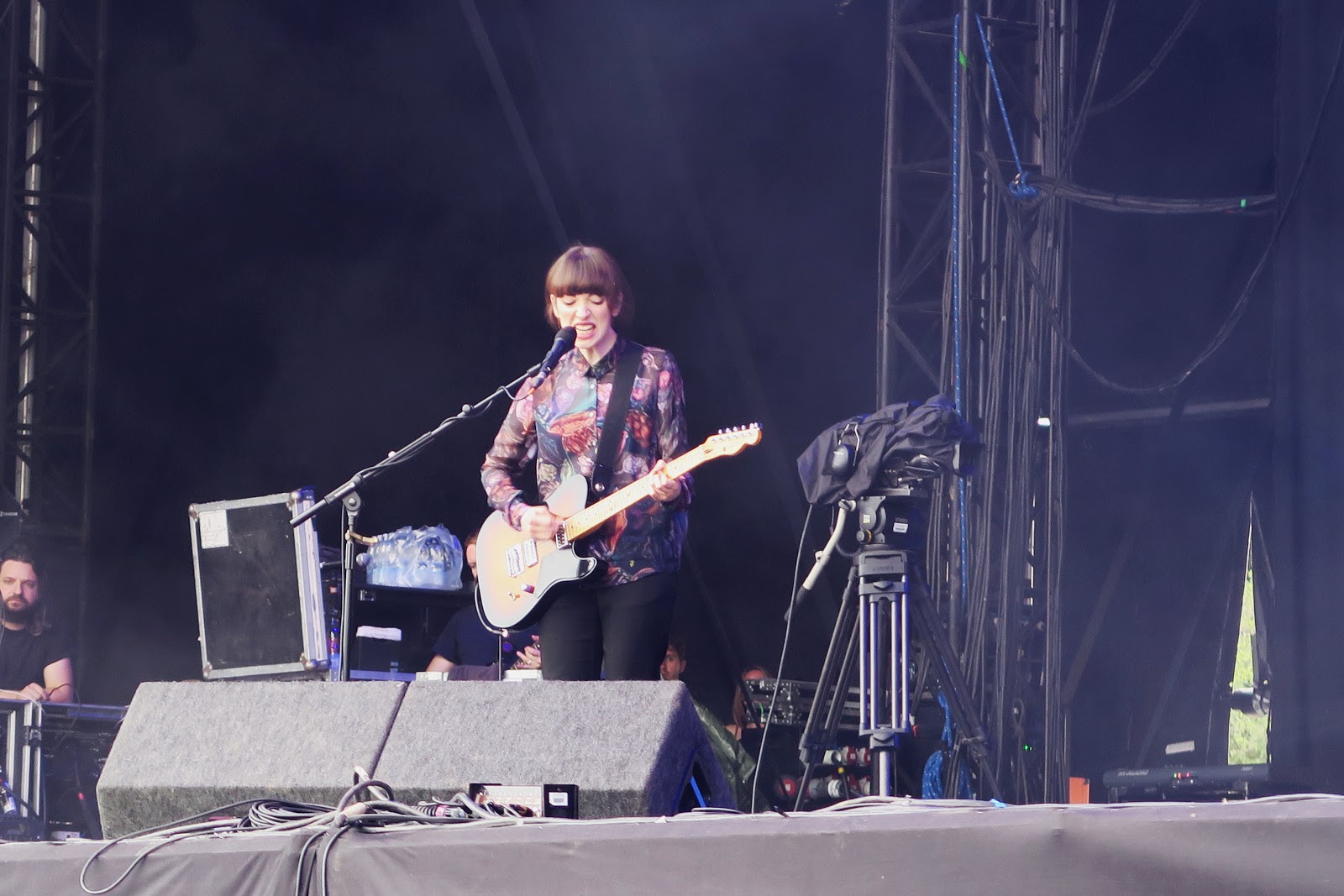 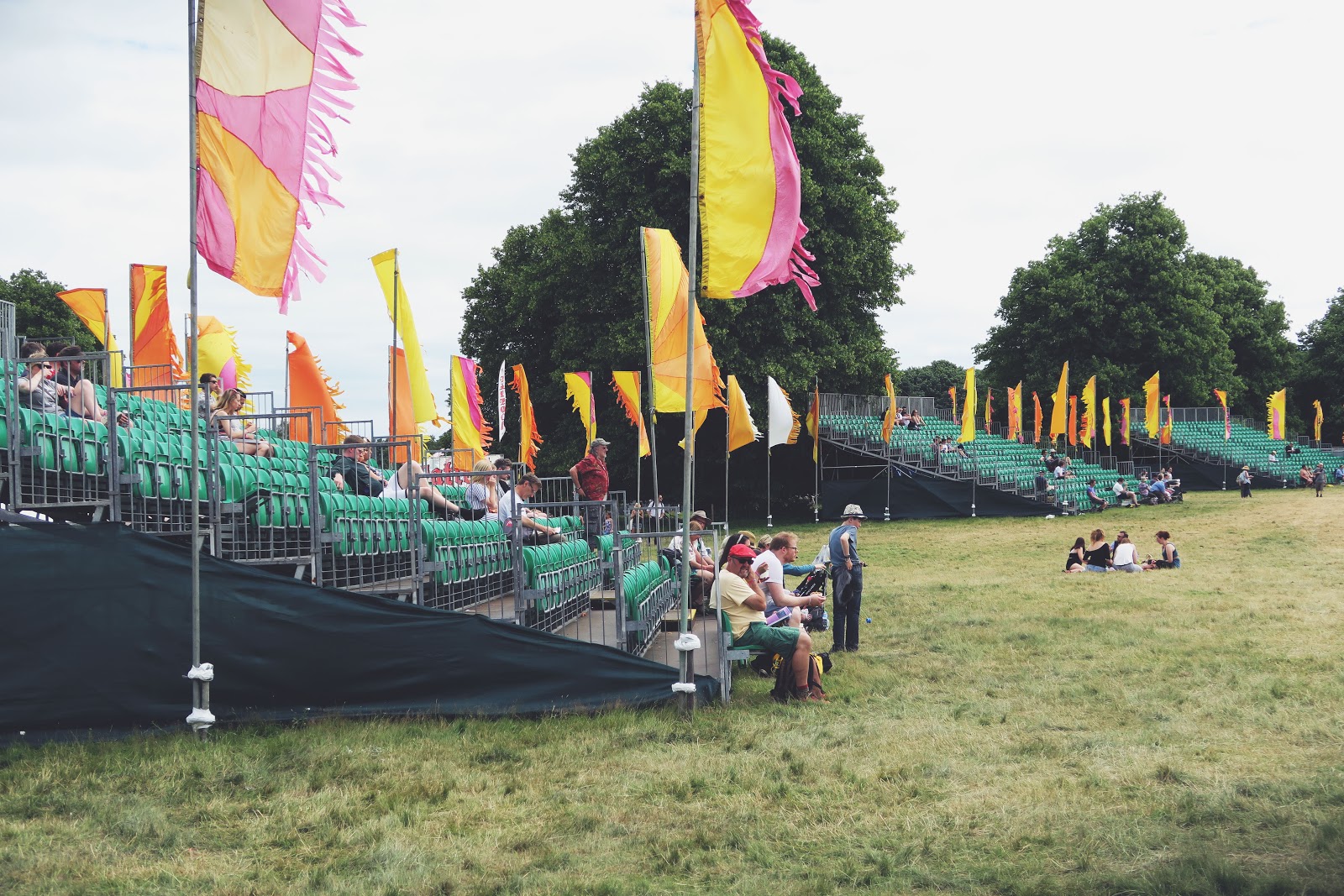 One of the really lovely things about Latitude is that there’s a river that runs through the centre of the festival site, so there’s a waterfront stage where you can watch the bands play right on the riverside, and you can even swim in the river (Fat Face had set up a little cabin where you could buy towels and trunks, and there were organised river swims and even swim treks every day). 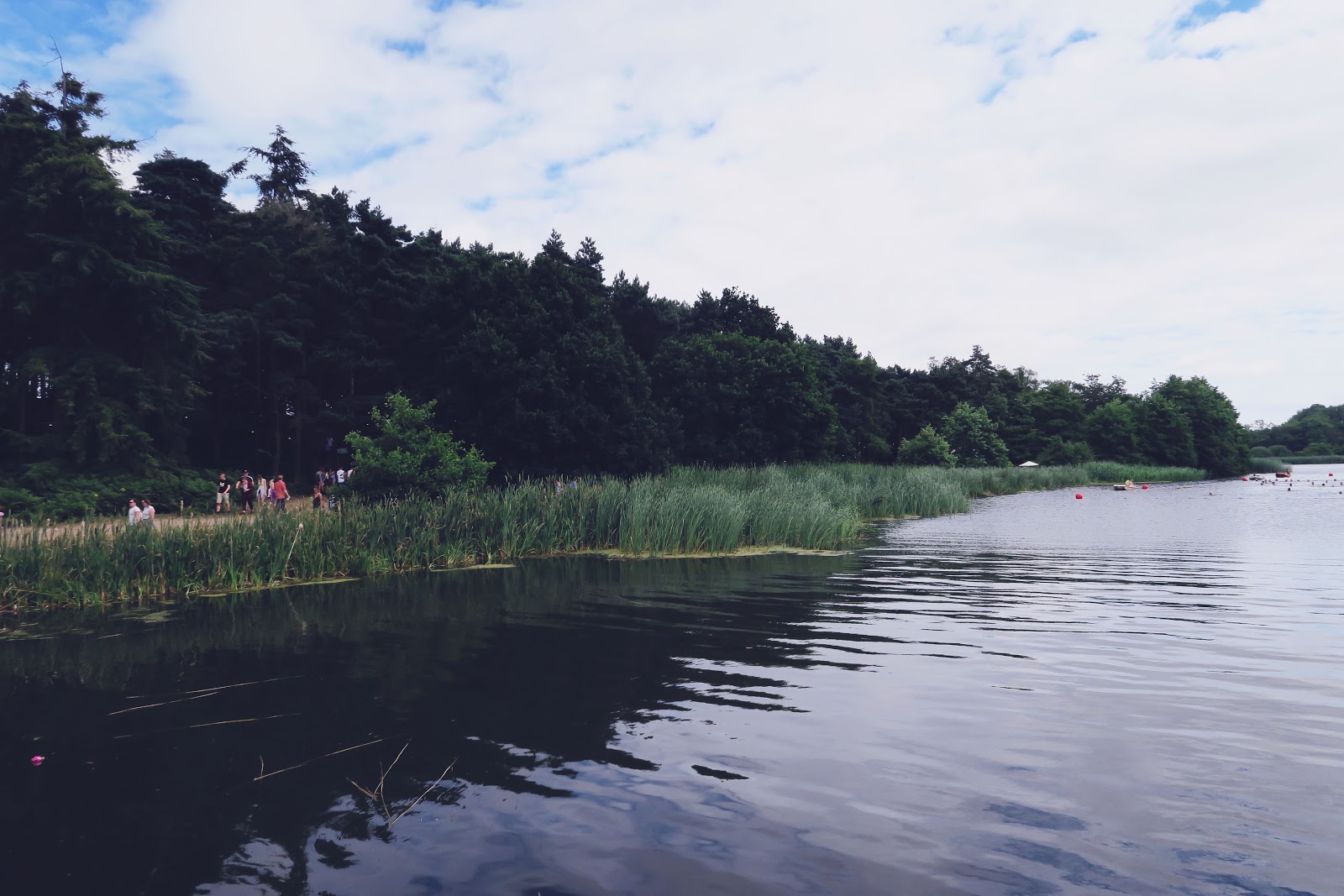 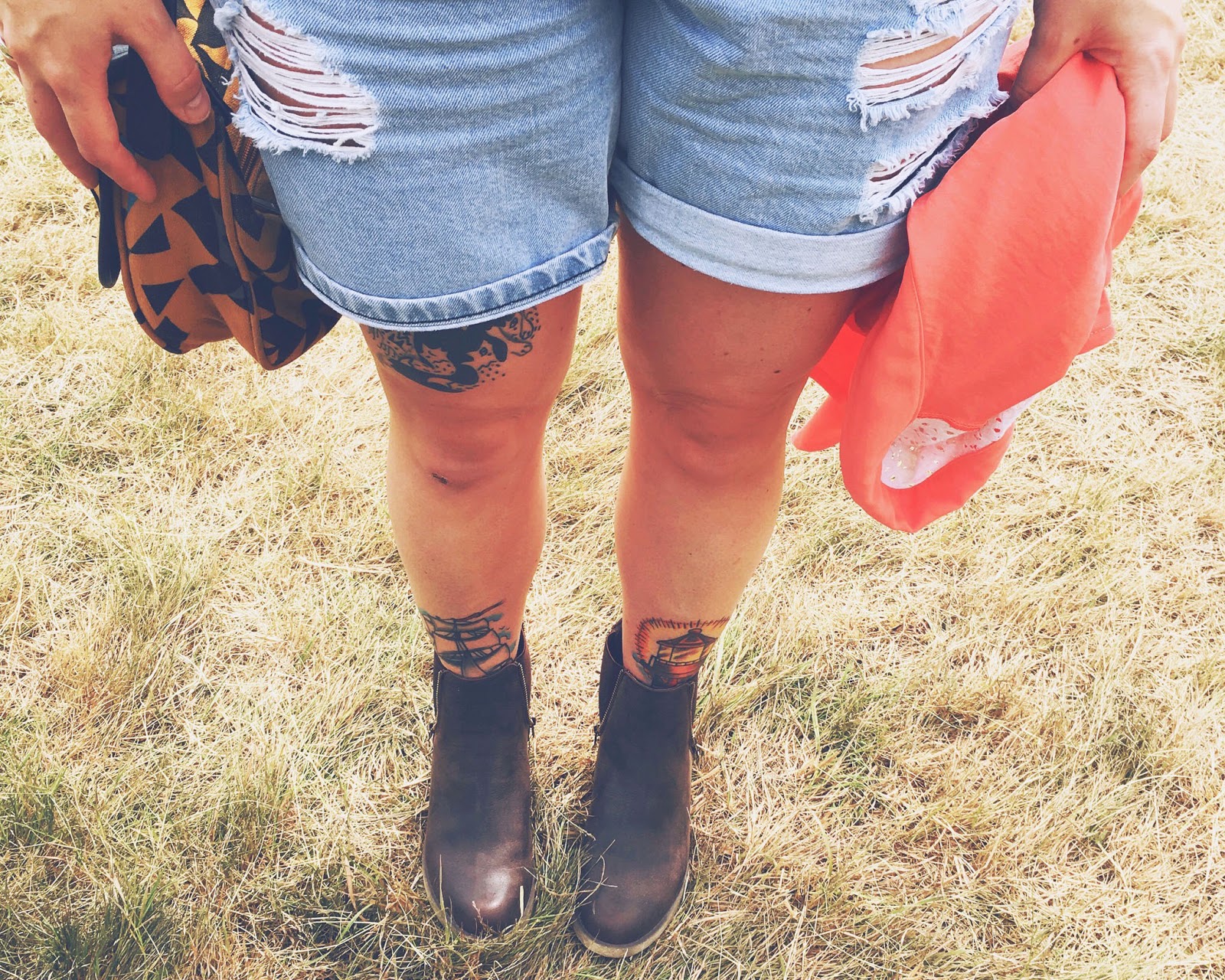 Sunday morning was an absolute scorcher so we spent another morning just at the campsite watching the world go by and planning who to go and see for the day.  My haphazard packing the night before we left meant that I packed several jumpers and jeans but only one vest and no t-shirts, so I basically had to buy a vest in one of the vintage stalls (needs must).  Again, the hot, sticky heat and three days of dry shampoo also called for hair up – sweaty festival hair is absolutely not the one. 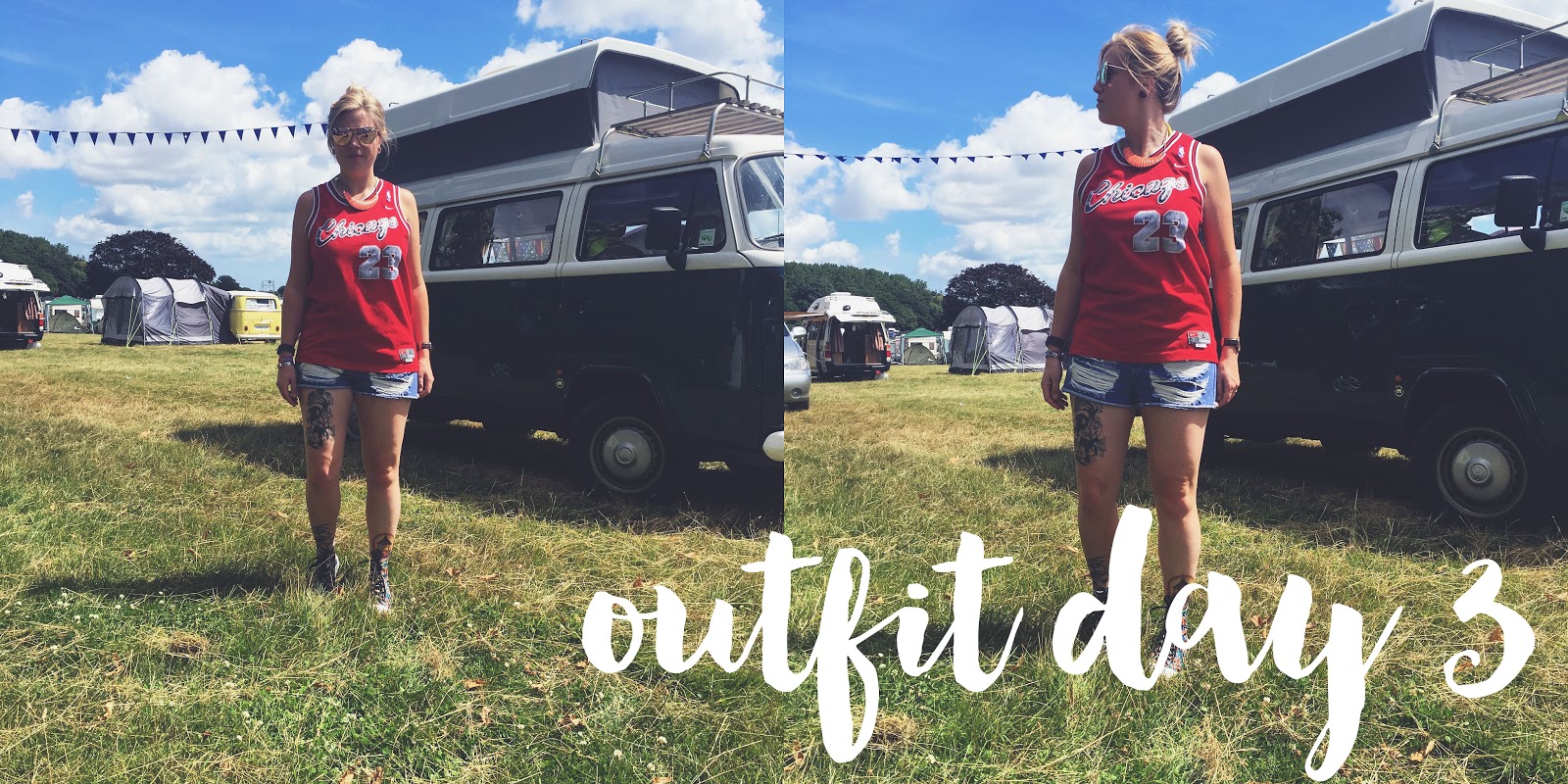 We spent most of the morning watching comedy – Stuart Goldsmith and Daniel Sloss were both really funny and Bill Bailey was (as expected) absolutely hilarious – I laughed particularly hard at his comments about Brexit and how we should all just ‘move to the woods at Latitude, listen to poetry and eat quinoa’.  We then went on to watch Roots Manuva at the BBC Radio 6 tent and they were incredible and had everyone dancing – seeing everyone go totally bonkers when they played Witness The Fitness was quite a sight! We watched a bit of Lumineers and listened to M83 whilst tucking into dinner but after a while the effects of being out in the sun all day and drinking cider took their toll and we toddled back to the van, with achy feet and happy bellies (full of the most delicious quesadillas I’ve ever tasted). 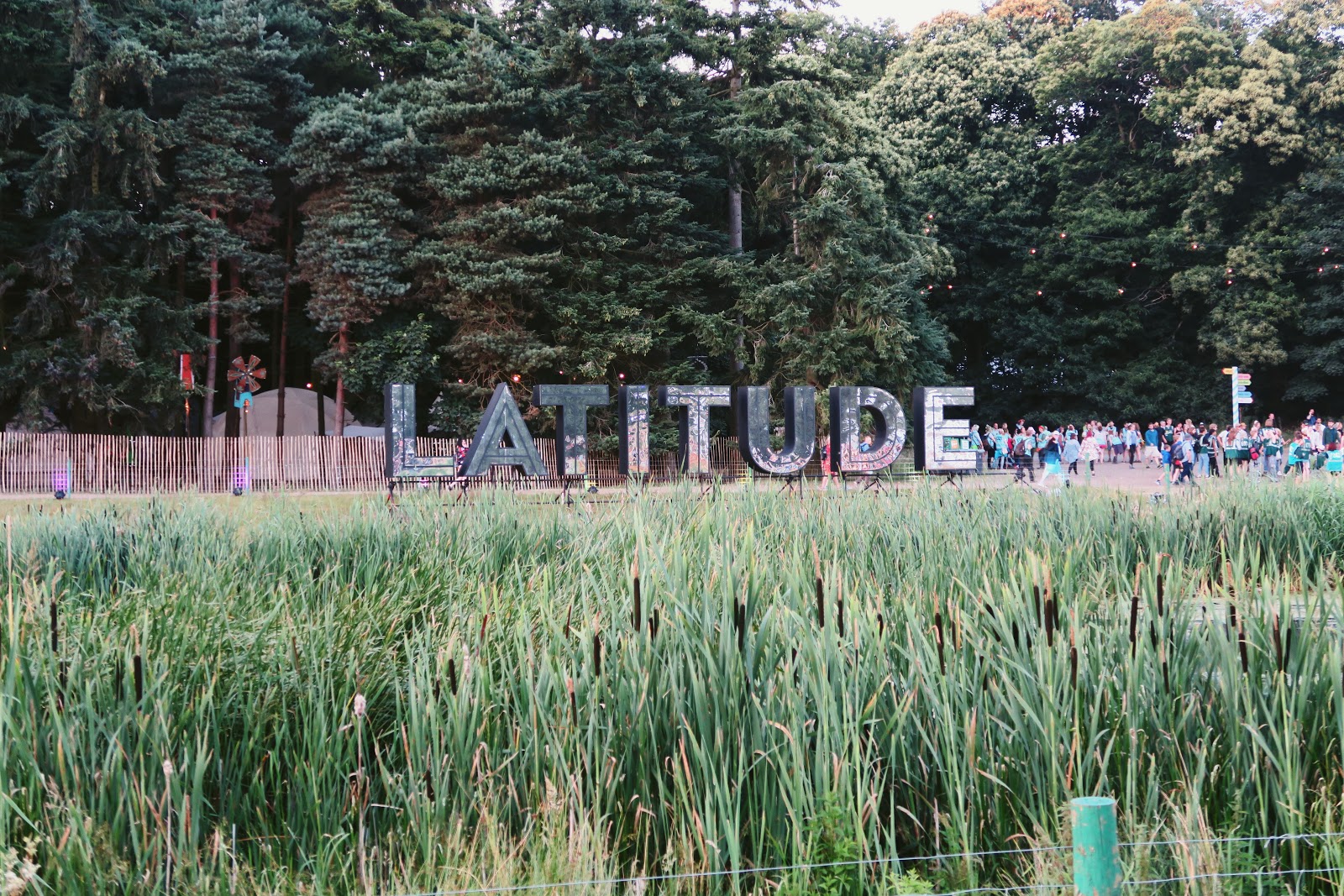 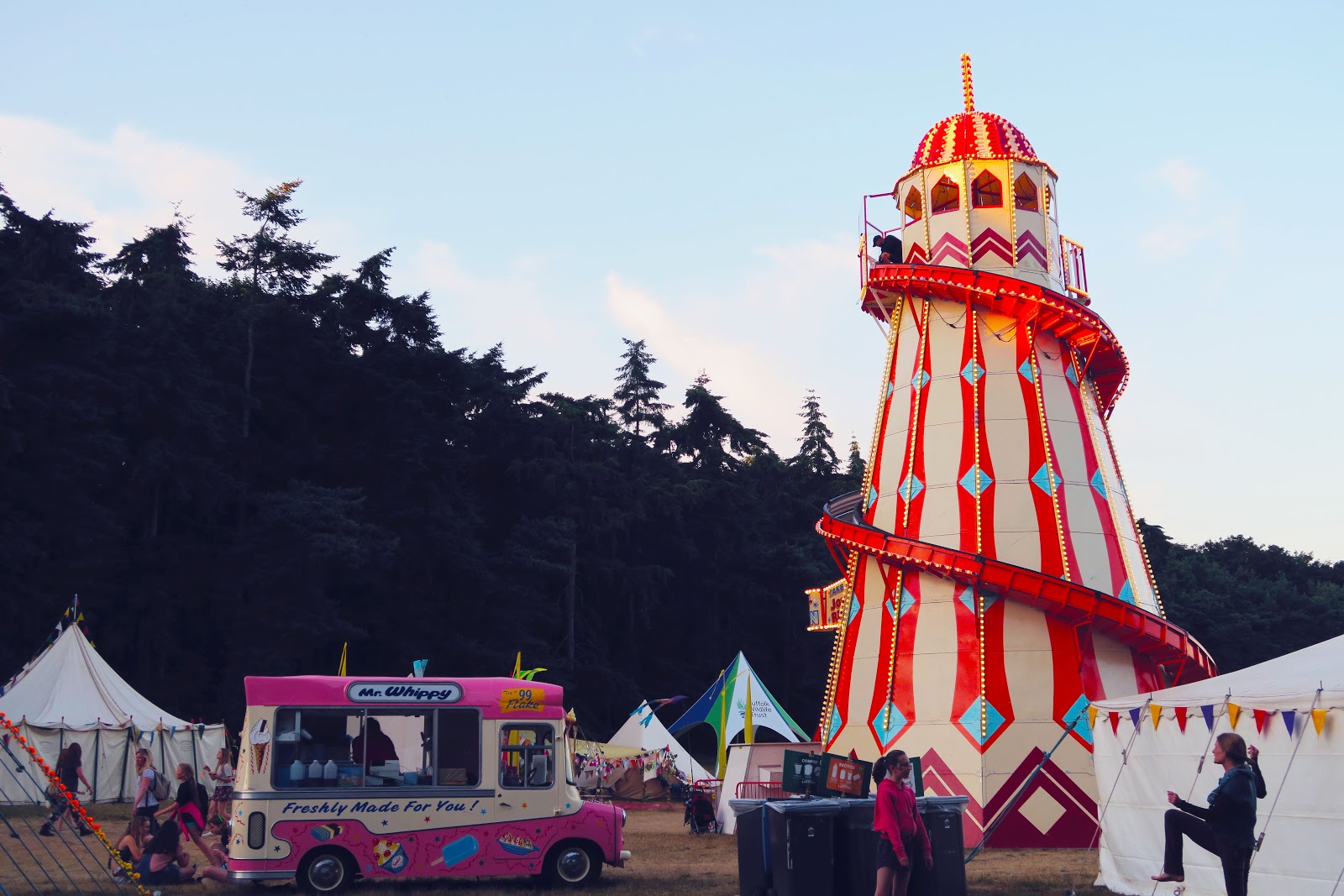 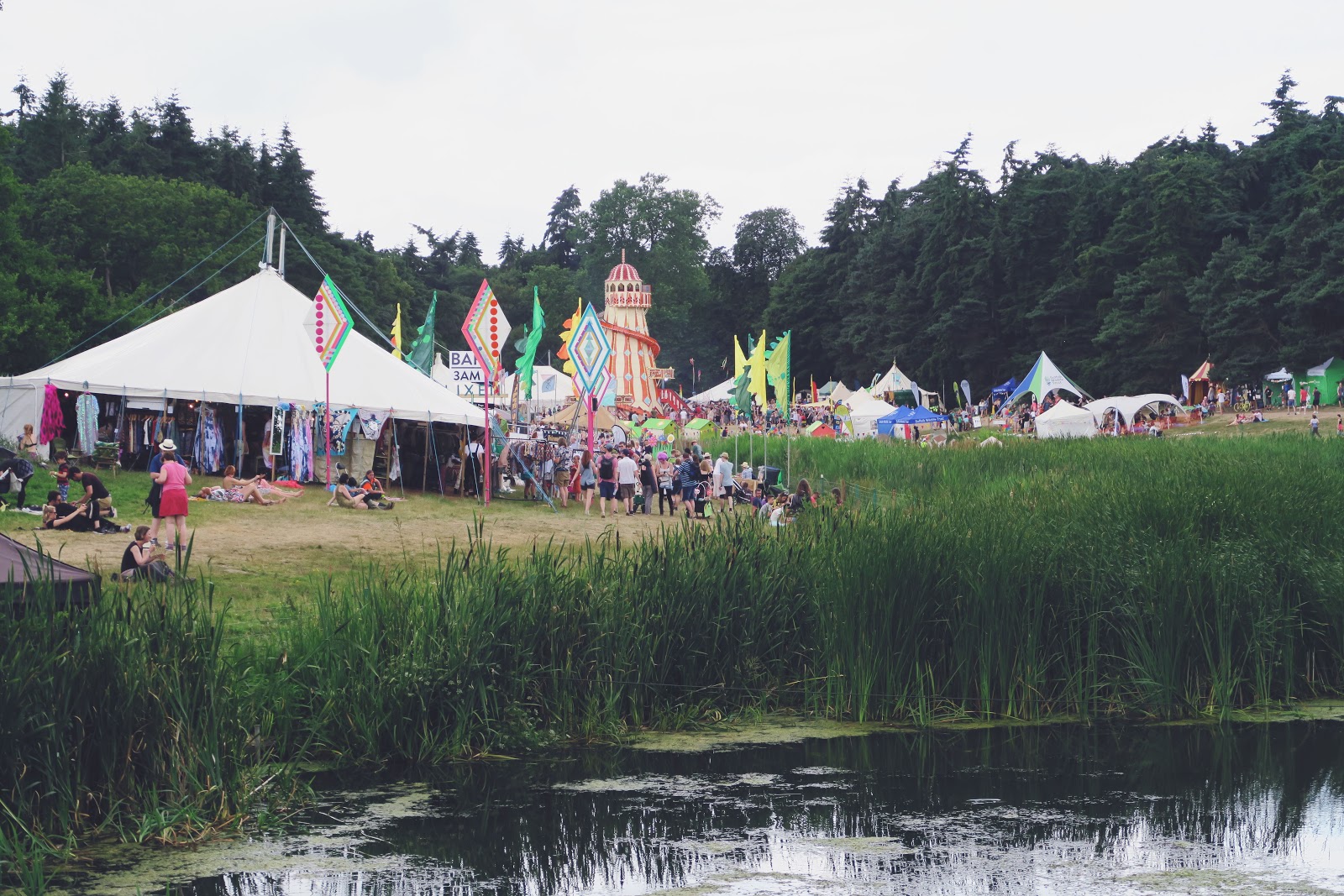 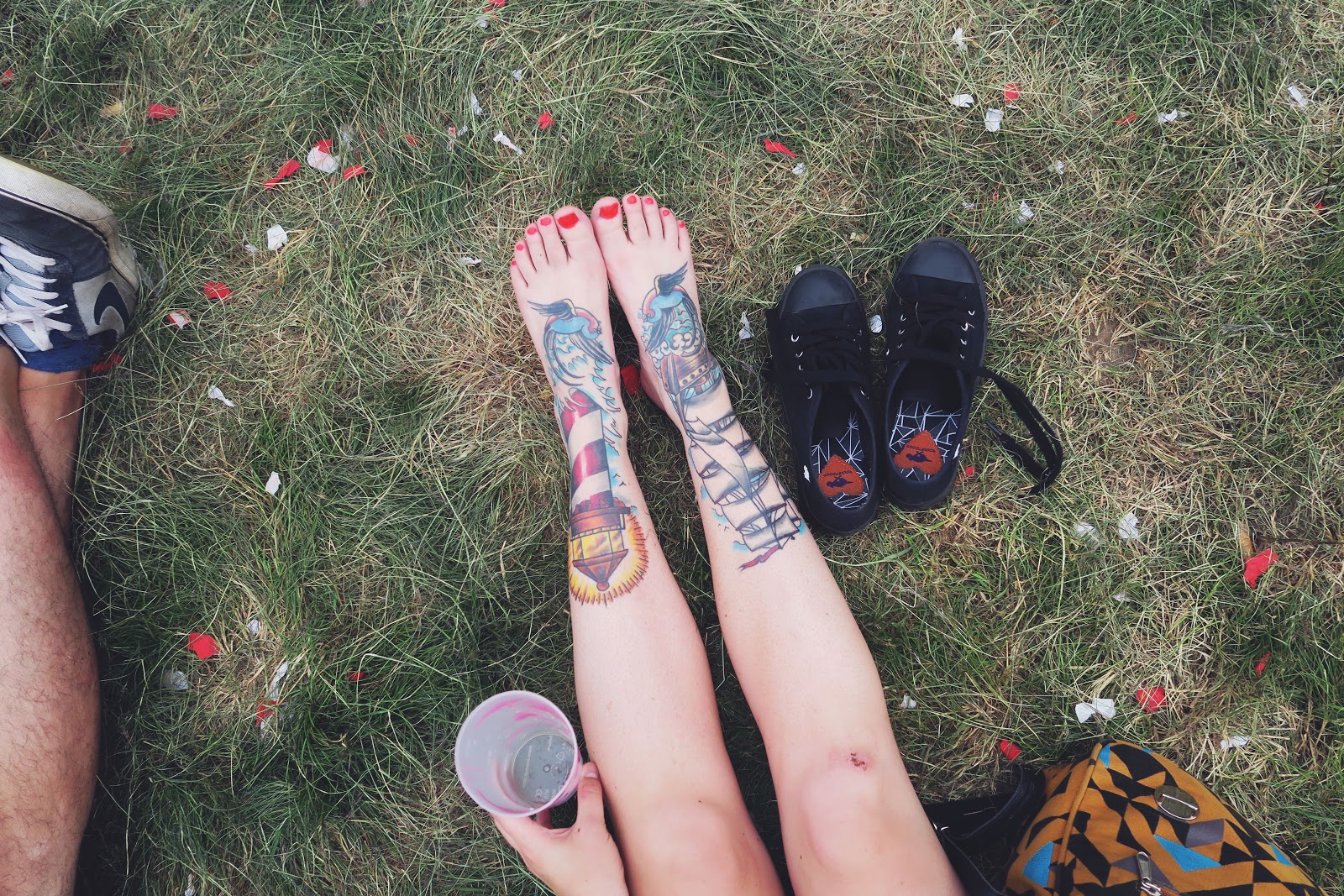 Overall Latitude was a lot of fun and I’m enormously grateful to Rocket Dog for inviting me.  Have you ever been to Latitude? What’s your favourite UK festival?