I mentioned in a recent blog post about how disappointed I was that our holiday to France didn’t work out the way I had planned.  I also referenced how often my expectations of how things are ‘supposed’ to go end up being completely off the mark, which leads to an almost constant sense of frustration and disappointment.  I’ve spent a lot of time reflecting on how to overcome this as I just don’t want to spend my life feeling like I’ve got short shrift, and looking over other people’s shoulders (or at their instagram accounts) and comparing other people’s achievements and circumstances with my own.  Not besides anything else, I often reflect back on my past behaviour and worry I can be a little ‘bratty’ or ungrateful and wonder how I could have dealt with the situation differently to mean that my feelings of frustration are replaced with something else – ultimately a more positive emotion than that which occurs when I ‘stamp my feet’ and retreat into feeling glum.  With this in mind – I’ve come up with my own ways to tackle those feelings – for me it’s definitely a work in progress, but here are the methods I’ve been using to pull myself out of those ‘funks’. 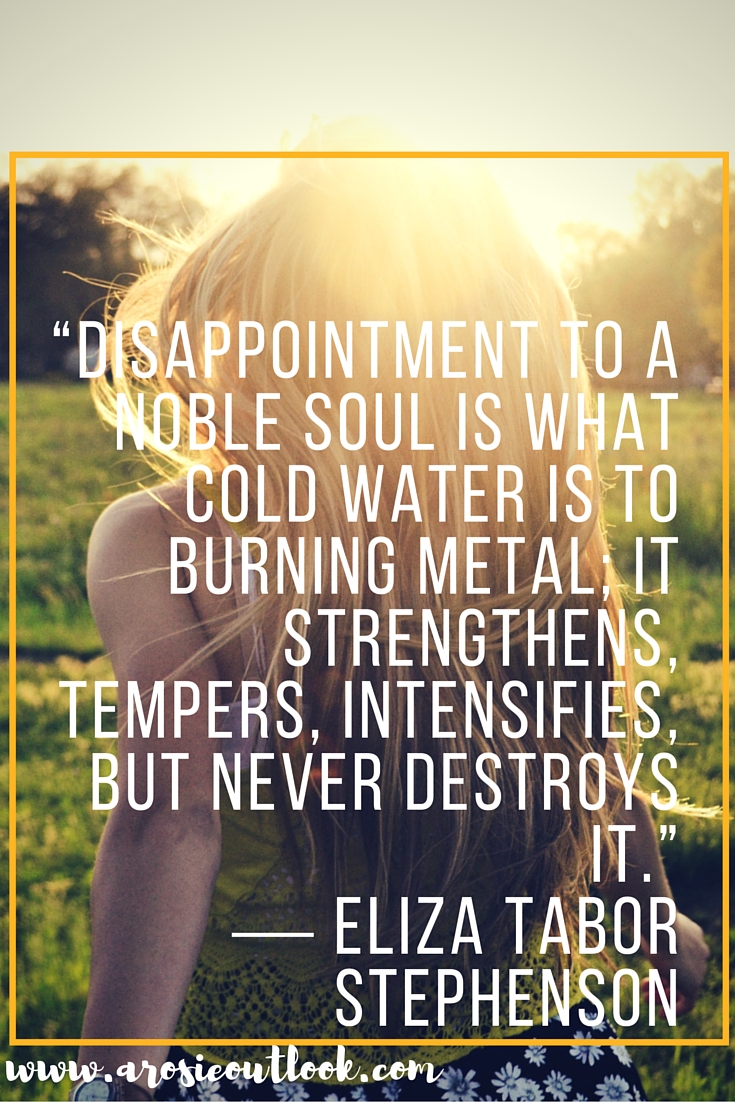 Though I wince at the clichéd-ness of the quote “Everything will be okay in the end, if it’s not okay, it’s not the end”, I do think there’s a benefit in trying to see the ‘bigger picture’ of what it is that hasn’t gone your way.  I try to stop myself from seeing a small scale ‘setback’ as a disappointment and instead attempt to dig deeper into whether it is in fact a step towards something else that I haven’t spotted yet, that will end up being positive.  I find that sometimes you have to ‘play the long game’ and trust in the journey – there may be something great a little further down the track, and if you get stuck in disappointment mode, you might miss it.

002. Look for the silver lining


It was pretty devastating having rain every day when we were in France, and whilst I really wanted to stay positive, I found it difficult not to wallow in the absolute unfairness of it all.  However – I really don’t like sounding like a whinger, so when people at work asked me about my holiday I tried to find something positive to say – “it was great to have a break from work”, or “I got to catch up on my to-read pile and watch lots of Netflix”.  I found that the more I talked about it as if it was a positive experience, and the more I focussed on the good things, it naturally made me feel better about it.  Every cloud really does have a silver lining, and though it may not have been the plan to be stuck in a  B&B with nothing to do, the unintended consequence was that we did lots of relaxing, watched two series’ of Peaky Blinders and came back to work feeling very refreshed.


For me, the antidote to my ‘brattiness’ is gratitude, gratitude, gratitude (oh my gosh – gratitude not bratitude? That’s totally what I’m calling my self-help book).  Though I hate the phrase, I do sometimes utter a silent ‘first world problems‘ when I hear myself complaining that my car needs a new tyre, that my Waitrose delivery didn’t turn up on time or that the internet at our new house isn’t working as quickly as Sky said it would.  Even with the holiday – I should be grateful that we own a camper van, that we can afford to have holidays, that we could while away the time with good food and watching movies on my laptop.  I need a new tyre because I own a car, my Waitrose delivery is late because we can feed ourselves (with bloody nice food) and my internet isn’t set up yet because we’ve moved to a beautiful new home.  Somehow re-framing my disappointments as small parts of things to be grateful for helps give me perspective as well as stay positive. 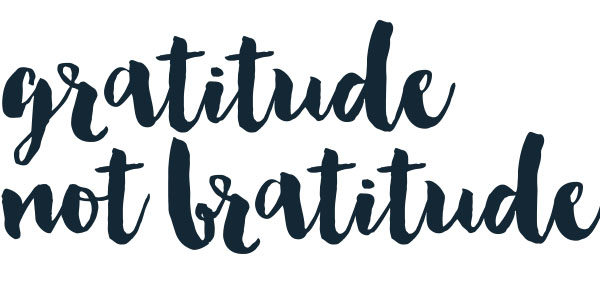 Today I heard something else that made me think about disappointment – someone said you should be grateful when you don’t get a job you wanted, or don’t get an interview for a role you’ve applied for.  By not offering you the job, that person has made a judgement call that you’re not the right person for it – perhaps you don’t have the right skills or the role isn’t a good fit for you, and how awful, to be stuck in a job that’s not right for you! They were saying we should be grateful to the person who knocked you back as they’ve helped you dodge a bullet by keeping you out of a job you probably wouldn’t have enjoyed.  It’s interesting sometimes to use gratitude as an alternative emotion for disappointment (though it can be difficult!) Or as the Dalai Lama once said – ‘remember that sometimes, not getting what you want is a wonderful stroke of luck’.


I’m listening to the audiobook of Grit by Angela Duckworth at the moment, and it’s really making me think about the power of ‘passion and perseverance’ (here is Angela’s TED talk if you want a précis of her work), which she says counts more than any other measure in predicting the success of students, athletes, military trainees or individuals in almost any field.  Angela says that ‘as much as talent counts, effort counts twice’, and that the key to success is determination, hard work and tenacity.  Part of having ‘grit’ is not giving up when you perceive that something has failed, and not overreacting to setbacks.  When I feel disappointed that something I’ve put effort into hasn’t worked out, I try and think of the lessons from Grit, and focus on having a ‘growth mindset’ – that failure isn’t permanent and it’s all a valuable lesson towards getting really good at something and achieving my goals.

005. Practice mindfulness – and move on

I know I’m a bit of a ‘wallower’ and that I have a tendency to beat myself up about things that have gone wrong, and dwell on things that haven’t worked out.  Because I get caught in a cycle of these negative thoughts, I have to use techniques to pull myself out of it (or I’d be like a hippo, wallowing in disappointment forever and letting it envelope me like lovely warm, comforting mud).  The best technique I’ve found for doing so, is to practice mindfulness and focus on the present (rarely does disappointment exist in the present, it really is about something that happened in the past – which is not a helpful place to live or let your mind wander to).  Your ego naturally wants you to stay in the past – the ‘disappointment mud’ is comforting because it stops you trying again, making yourself feel vulnerable and risking that your second attempt might fail too.  But by focussing on the present, practising mindfulness and accepting ‘what is’, you can pull yourself out of that cycle of frustration and start moving on.  If you are carrying around something and it is not helpful to you, let it go.

What are your tips for overcoming disappointment? Have you had something go wrong, that on reflection, led to even better things?