First of all, a massive Happy Christmas to everyone out there on the interweb – I hope you’re all having the most amazing day, filled with mulled wine, tins of Celebrations, undoing the button on your trousers because you overdid it with the roast potatoes, watching the TV Christmas specials, drinking Bucks Fizz at 10am and staying in your pyjamas until dinnertime.  Massive good wishes and good health and all things awesome to everyone who reads my little blog – and thank you all for your support and love this year.

Gushing aside, I thought I’d post a little inspiration for a Christmassy brunch if any of you happen to have any panettone or pandoro cake lying around the house post-Christmas (or if you fancy popping out and buying some, which you should, because they are both great).

I actually only really learned what panettone was a few years ago when it was the answer to a question in a Christmas pub quiz! A sweet loaf from Milan, it’s often eaten at Christmas in Italy and a whole host of other places like Spain, Brazil, Germany and Switzerland.  It’s one of those items I’ve often seen in the shops but never bought as I didn’t want to commit to eating a whole giant cake if I didn’t like it (if this is also you, then never fear, it is yummy.)

Another Christmassy sweet Italian bread/cake is the Pandoro – shaped like a star and dusted with vanilla icing sugar.  We were kindly given a Panettone and a Pandoro to try by Crosta & Mollica and asked how we would serve them over the festive period. 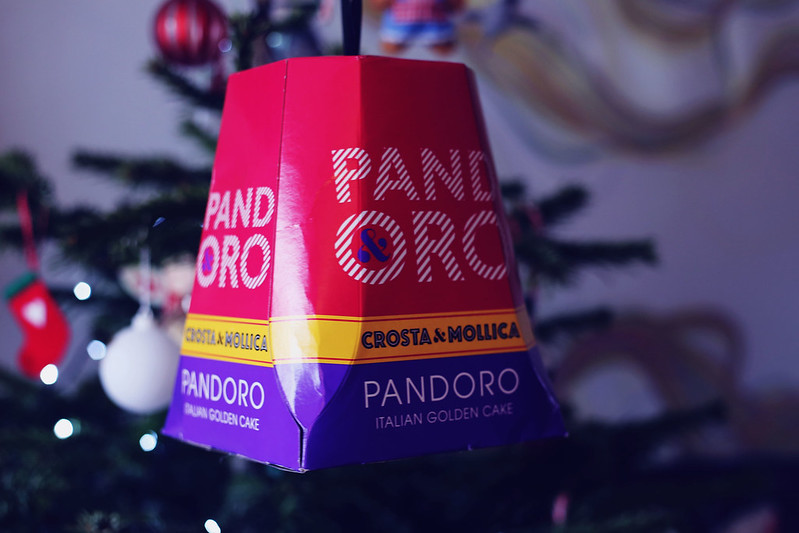 I had a feeling that the Pandoro would make fab French Toast (funnily enough Sailboat Jennie had the same idea with her panettone!) I’m a massive French Toast fan and in my opinion it makes the perfect weekend or Christmas break breakfast, as it doesn’t take long to whip up but is deliciously indulgent (and perfect for a time when eating sweet things for breakfast is totally acceptable).

We started by cutting the pandoro into pretty star shaped slices… 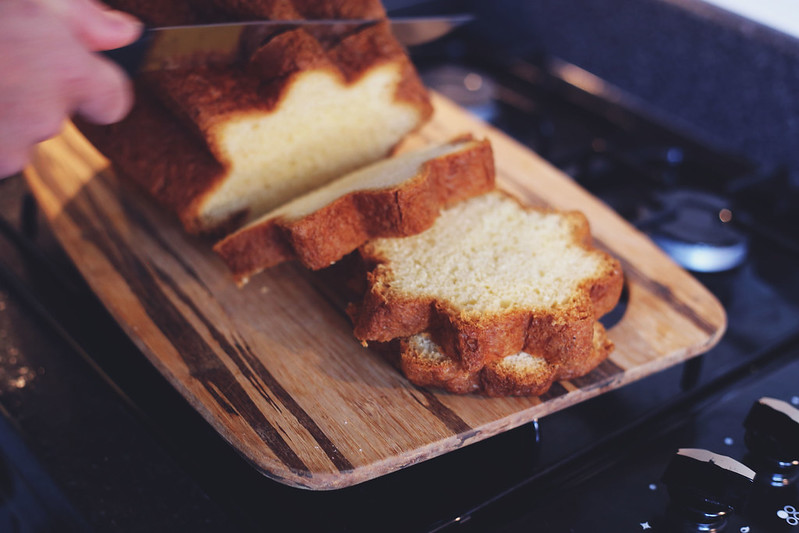 … soaked them in egg, vanilla and cinnamon … 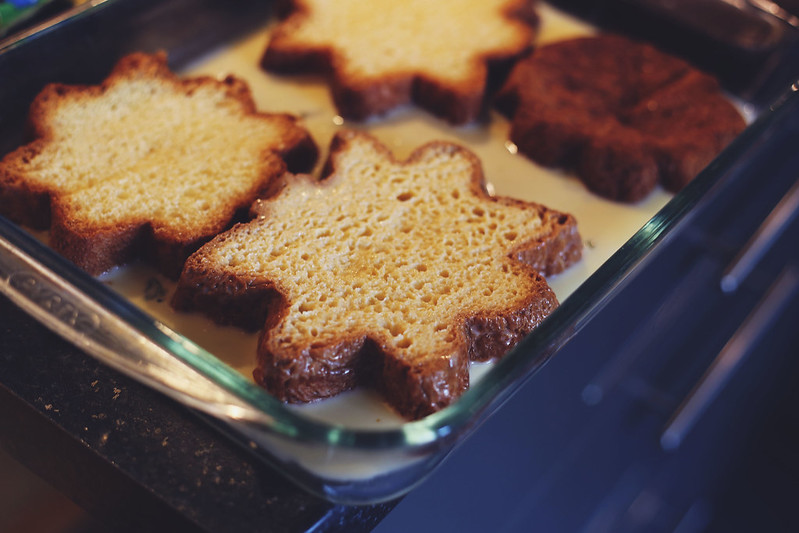 … griddled them on a medium heat (on both sides) … 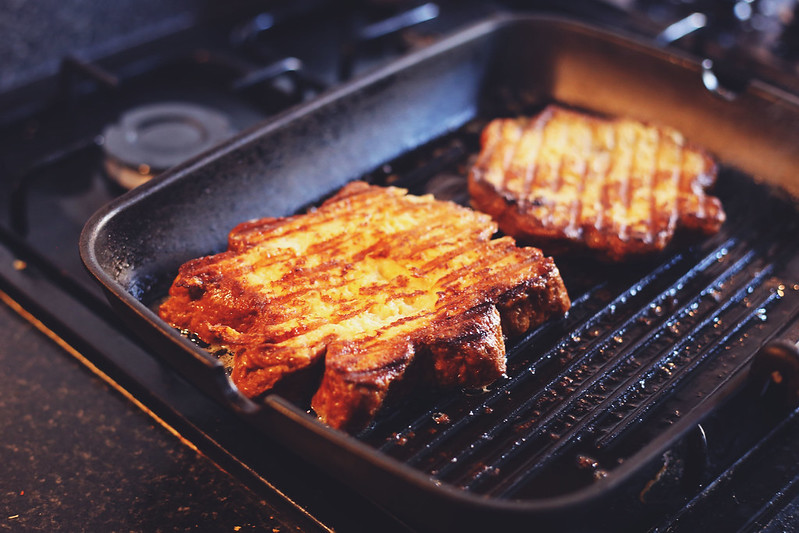 … and then served them with bacon and maple syrup. 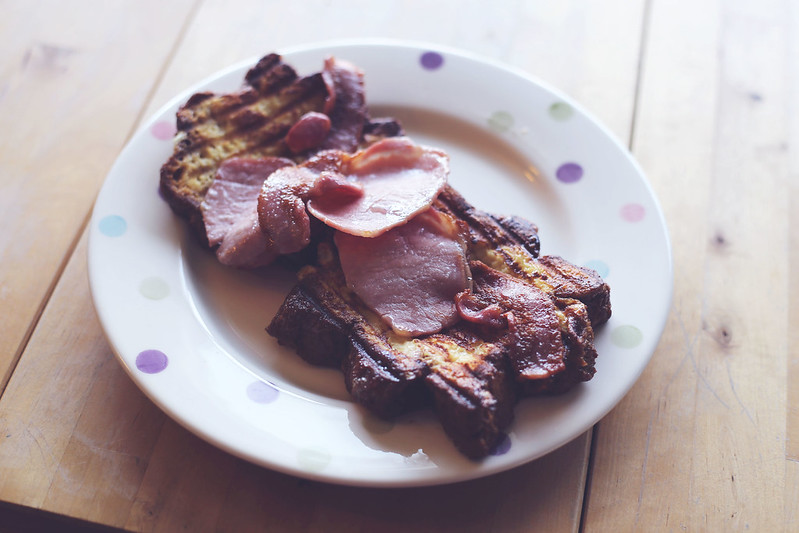 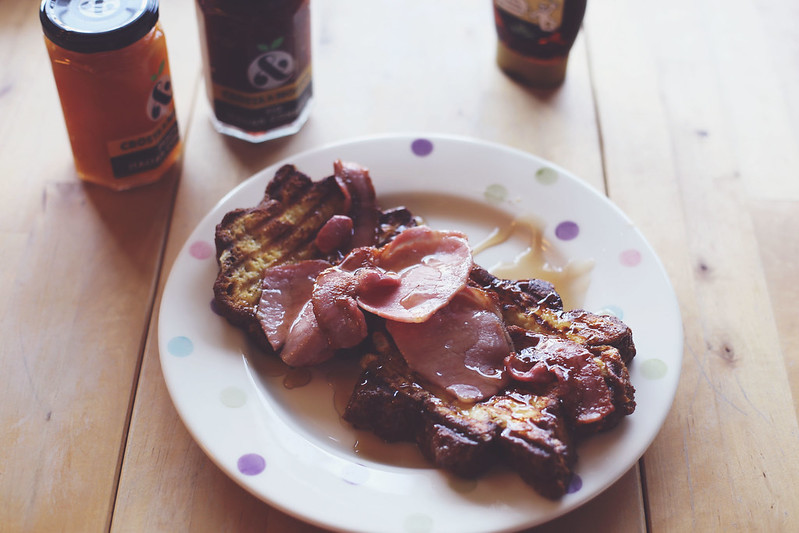 Needless to say it was absolutely amazing – the pictures don’t even show just how yummy it was.  The pandoro is perfect for French Toast as it was crispy on the outside and yet light and fluffy on the inside – I made a lot of appreciative noises as I munched through it  Crosta & Mollina also make yummy jams and marmalades – I’ll be trying my French Toast next time with their peach jam – doesn’t that sound like a winning combination?

Are you a French Toast fan? Have you tried making it with panettone or pandoro cake?