Oh dear – the title of this post rather shows how long it has taken me to blog about two lovely evenings I had in November…  I’ve got lots to share with you from the last few weeks and I’m looking forward to catching up on a bit of blogging this week after being here there and everywhere last week (in Scotland and in Wales, both only for the day though unfortunately!)

I seem to spend so long looking forward to Autumn, and then October and November always whizz by in a flurry of fireworks, dog walks, crisp mornings and mutterings of “when did it start getting dark so early?” This November was definitely a busy one, but a particularly fun one too – with the first couple of weeks playing host to not one, but two blogger fireworks night events.

The first was at Poole Quay, hosted by the Thistle Hotel which sits on the quayside.  The event intended to include a boat trip around the quay, with a prime spot for watching the fireworks moored somewhere offshore, but unfortunately the weather put paid to that plan! We were lucky enough to still be able to board the boat though, and enjoy a few glasses of wine and a good catchup whilst we waited for the fireworks. 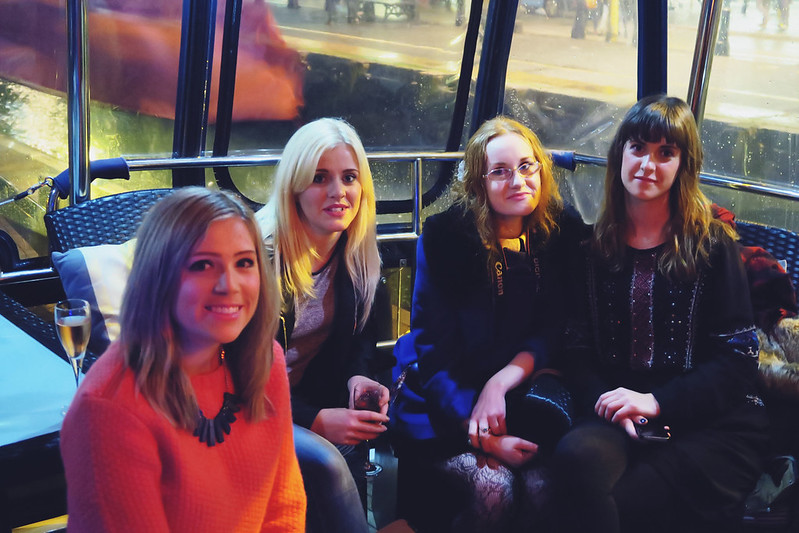 >> Me, Amy from Everything Mummy, Georgie from Dreams That Glitter/Beauxoxo, Emma from The Style Box

It really was a crazily windy and rainy day, which is why we all look a little bit windswept (well, apart from Amy, who somehow manages to still look perfect!)

About 8pm, the fireworks started and we donned our hats and scarves and gathered on the top deck to watch the display.  It was pretty spectacular even despite the weather! 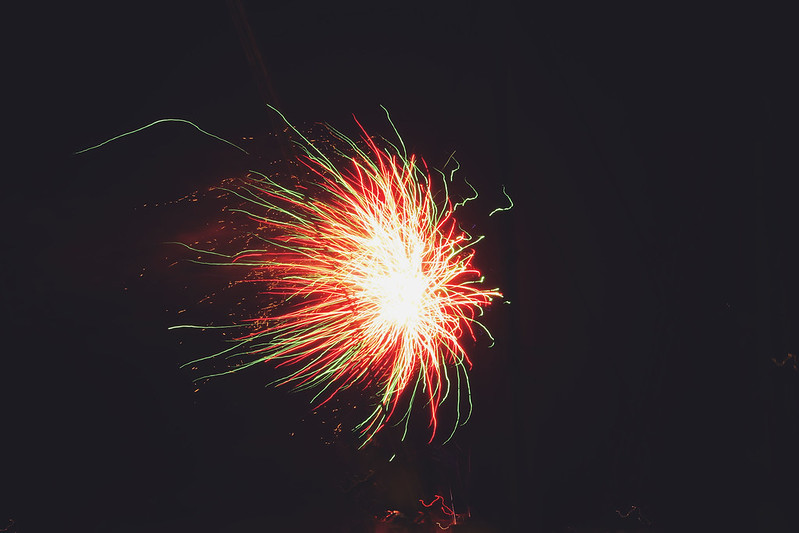 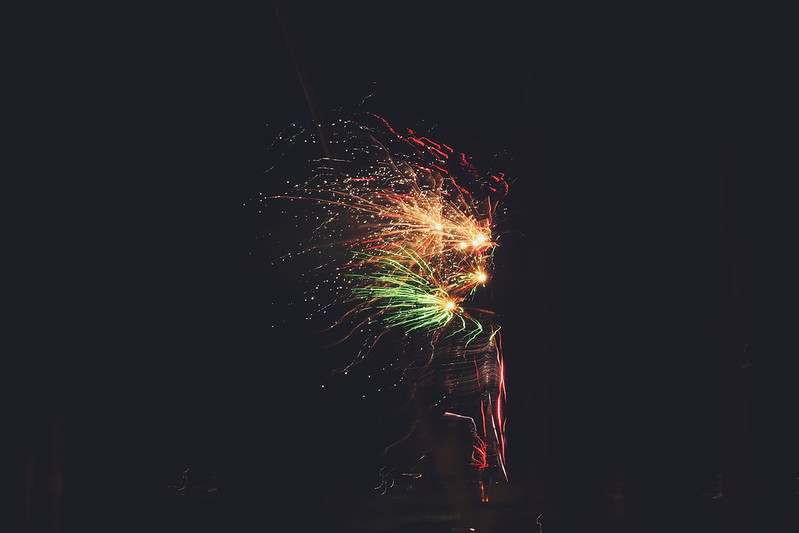 After the fireworks we headed back into the hotel and were seated for dinner.  The hotel has a great location on the quayside and prides itself on its breakfasts and dinner menu.  We were treated to a three course meal to warm us back up again after the chilly temperatures, and it definitely hit the spot.  My favourite part was actually the starter, though it was huge for a starter! It was a flatbread with roasted vegetables and houmous. 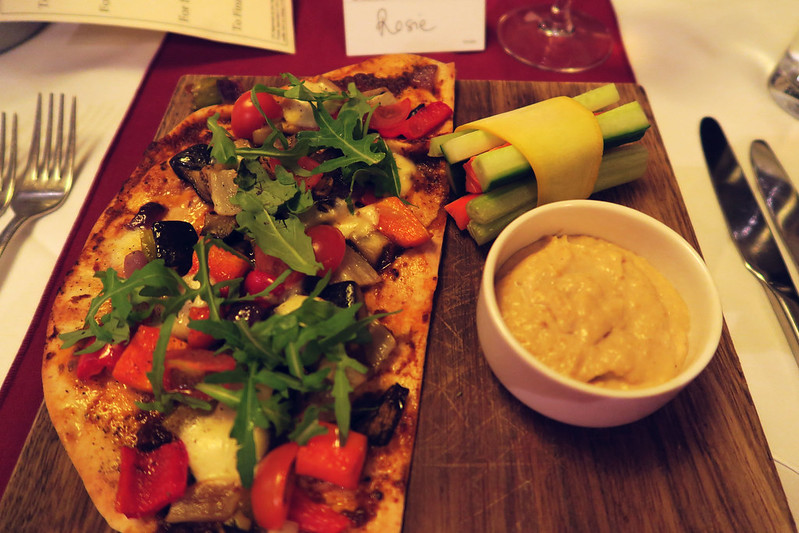 There were a few issues with the main course as I have a weird thing with mushrooms where it really turns my stomach to even look at them, and I’m physically sick if I eat something with mushrooms in it.  Unfortunately (despite my requests!), my main course of steak came out with a mushroom on the plate and there were a few raised eyebrows when, when I complained, they told me to just give it to a friend and didn’t want to take it back to the kitchen! Still, a steak is a steak, so I obviously ate it anyway (you can’t stop this greedy guts from eating her dinner).  There was another amusing moment at dessert when the waitress tried to convince Emma that the brownie that they served her was actually the ice cream sundae that she had ordered but to be honest this just caused hilarity rather than annoyance.  When is a brownie not a brownie? When apparently it’s an ice cream sundae (sounds like a Lewis Carroll riddle!)  After dessert Tom and I had to head home, though some of the bloggers stayed at the hotel – I’m hoping to go back for a stay sometime soon as I haven’t explored Poole as much as I would like even though it’s on my doorstep!

The following week Tom and I were lucky enough to be invited to another fireworks celebration, this time at Gunwharf Quays.  The Gunwharf Quays fireworks are pretty legendary, and reports of the car parks being full from pretty early on in the evening just confirmed how many people had turned up to see the show! As well as the shops being open until 10pm, Gunwharf also had lots of other things to see and do, including performances from Andrea Faustini and Nathan from The Wanted, and mulled wine stalls – yum. 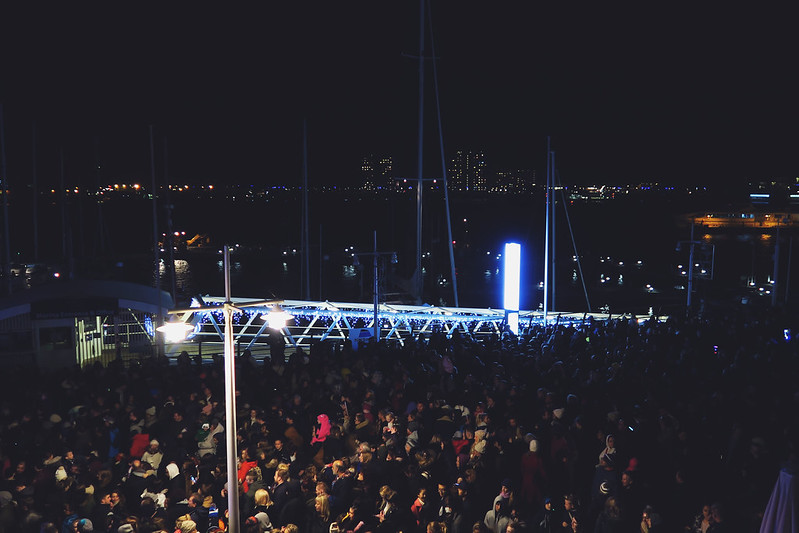 We were invited to a buffet at Tiger Tiger before the display, with glasses of champagne and all manner of delicious foods put out for us (I ate my weight in tempura prawns!).  We were also able to watch the fireworks from a balcony, which gave us an amazing view of the Spinnaker Tower and the quayside.  The display was honestly the best I’ve ever seen – timed to epic music, with the fireworks shooting into the sky over the quay, it really was a sight to behold.  I took lots of photographs but after a while I just put down the camera and enjoyed it – it was totally breathtaking. 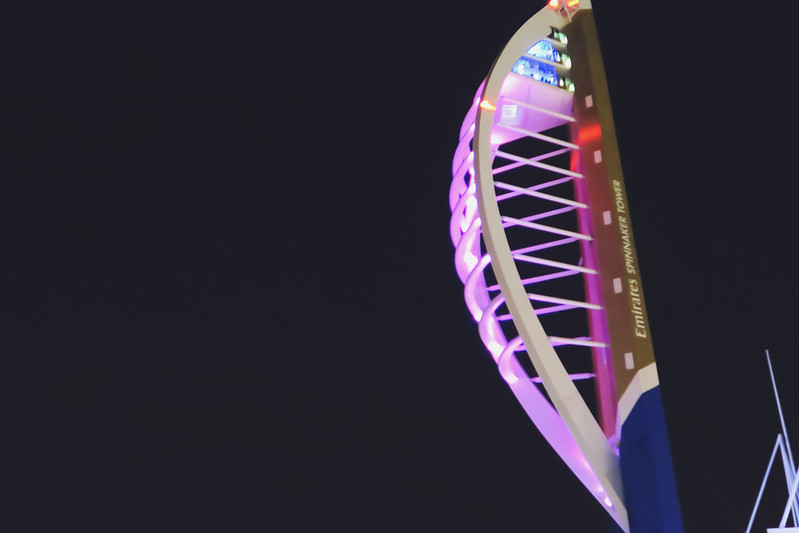 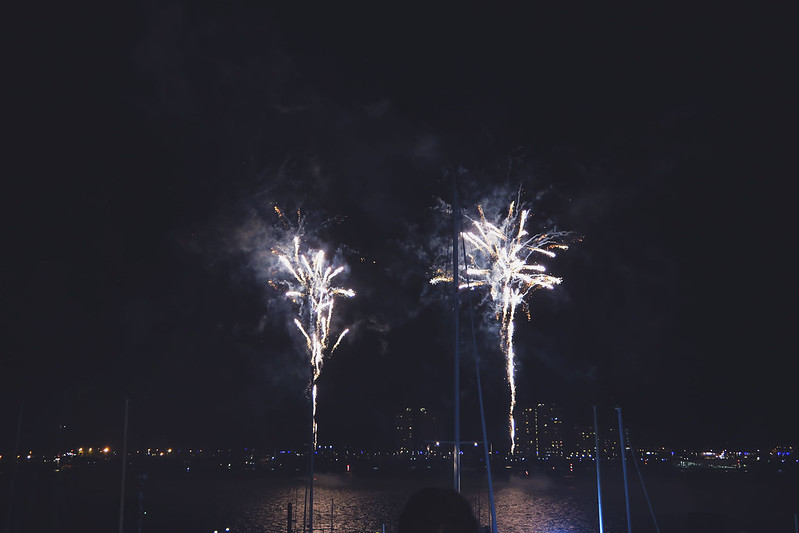 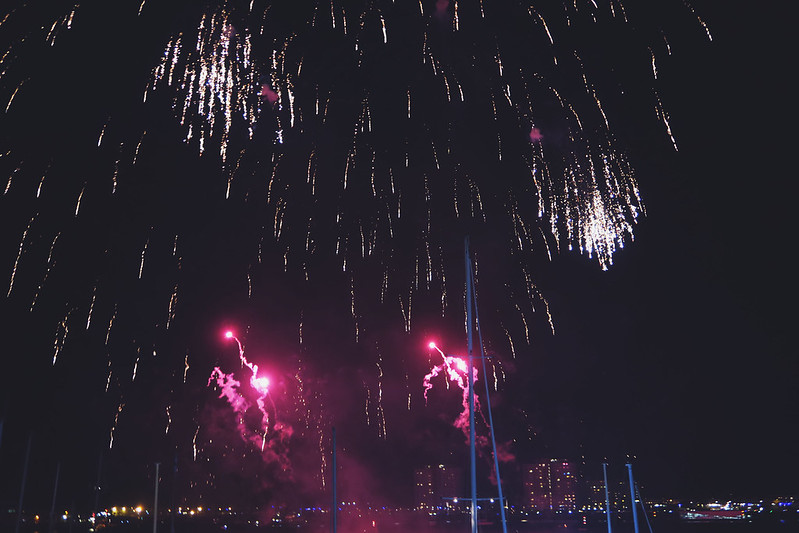 After a few more glasses of champagne, we couldn’t resist leaving to go and do a bit of shopping. We picked up a couple of Christmas presents and a few little treats for ourselves too (there were too many bargains for me to not be tempted to treat myself!).  We headed back to my parents’ house on the Gosport Ferry, laden with shopping bags and enjoying the warm, fuzzy feeling of a few glasses of fizz. It was a totally fab evening, and we were so chuffed to be invited – I’ll definitely be going again next year.

Did you go to any fireworks displays this year? (How is it already a month ago…?)