I’ve been a bit of a lucky blogger this year after joining in on not one but two blogger Secret Santa campaigns (I’ve had to say no to doing the Secret Santa at the office – I’m not sure anything could live up to my John Lewis Secret Santa prezzies, or what I was lucky enough to receive as part of this post!)

Let’s face it, who doesn’t dream of finding a beautiful new underwear set or pair of pajamas under their tree come Christmas Day – so it was a no brainer when Figleaves asked me if I wanted to be a part of their blogger Secret Santa.  I was matched with the lovely Leigh of Fox and Feather blog, which was another great match as I’m also an avid reader of her blog! I chose for her this cosy long robe (except for in the pebble marl colour, not purple) as I thought it would be perfect for floating downstairs in on Christmas morning! 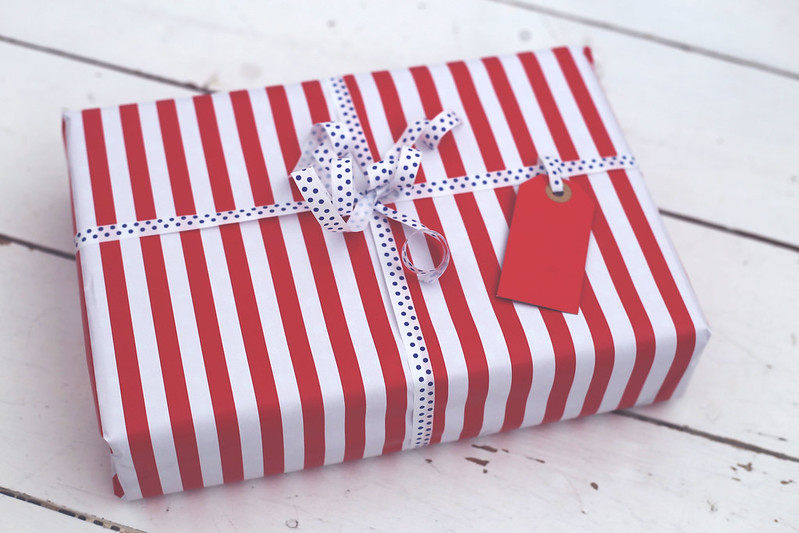 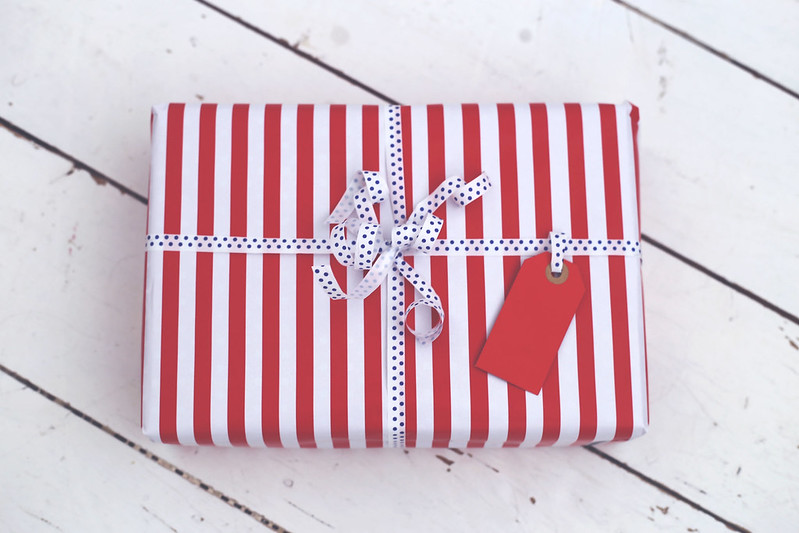 I had to wrap it a few weeks ago so that Figleaves could use the photo in their digital magazine but hilariously, just after I had wrapped it I realised that in my initial peek inside it was a black dressing gown, not the pebble marl one, and it turns out I had been sent someone else’s! So they sent me the correct item and I wrapped the correct one – I’m only explaining this as you’ll see from Leigh’s amazing unwrapping video that the wrapping is completely different for my second try, haha! It was so much fun seeing her unwrap her gift, I hope she loves it!

Shortly after I popped her gift off to the Post Office, my prezzie arrived! I think there had been another mix-up as mine had to come straight from Figleaves so it wasn’t wrapped, but it was still really exciting to open the box and see what was inside…. 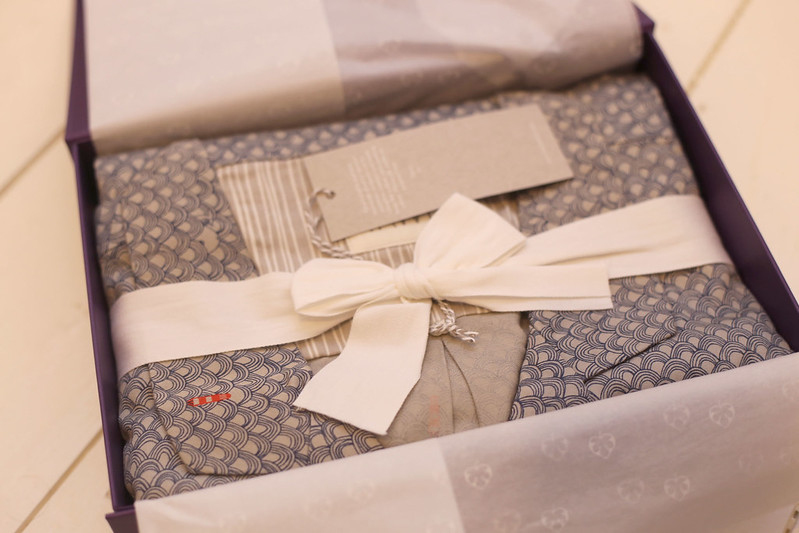 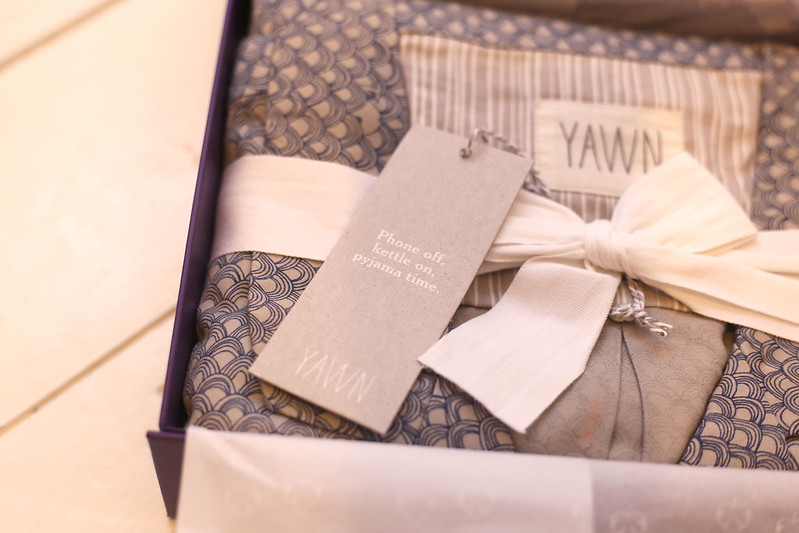 Yawn at Figleaves, Port in a Storm pyjama set, £89*

Have you ever seen a more beautiful pair of pyjamas? I actually took a big ‘wow’ breath when I opened them as they are just so ‘me’ – I’m actually not sure who picked them for me but they could not have got it more perfect! The tiny lighthouses are just so sweet, and the pyjamas themselves feel so well made and luxurious, I can’t wait to pop them on on Christmas Eve (I’m saving them until then as I always think it’s nice to have new PJs on Christmas Eve!) 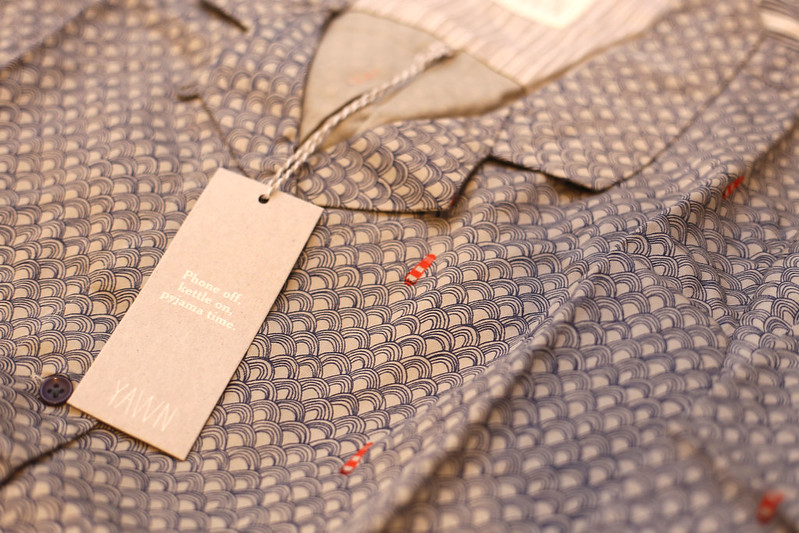 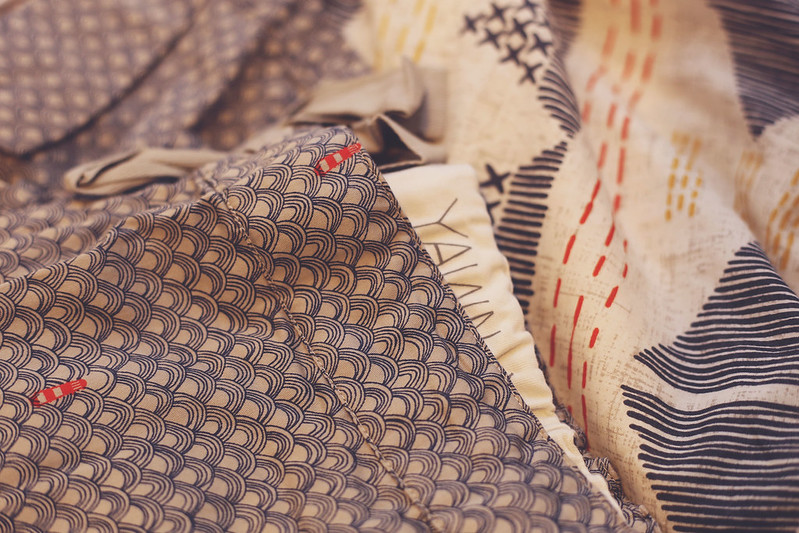 Even just looking at these photos again is making me excited to pop them on – I feel very, very lucky to have something chosen for me that’s just so ‘me’ – I’ve not actually heard of Yawn pyjamas before but I have a feeling I’m going to have to start saving my pennies to get another set!

Are you a fan of Secret Santa? A big thank you to Figleaves for organising such a fun campaign!