Like every other blogger on the planet, I am a total candle obsessive.  There’s nothing I like more on a chilly, Autumnal Sunday afternoon, than to fill the house with Christmass-y candles, turn the lights down and transform the house into a cosy, comforting, winter spice smelling wonderland.  As I mentioned in a previous post however, I have rather expensive taste in candles, and then I just can’t bring myself to burn them.  I have an Anthropologie Christmas Tree candle from three years ago that lives on my shelf gathering dust (but smelling pretty lovely whilst it does so) because it cost about £20 and I can’t bear to literally burn money!  Because I like to have candles on the go basically throughout the entirety of Autumn and Winter, it’s a pretty expensive habit to maintain.  So when I spotted a set of ‘recipes’ on Pinterest for mixing aromatherapy oils in a plug-in diffuser – and I then discovered that you could buy pretty reasonably priced diffusers that also look really nice sat atop a table in your lounge – I was sold. 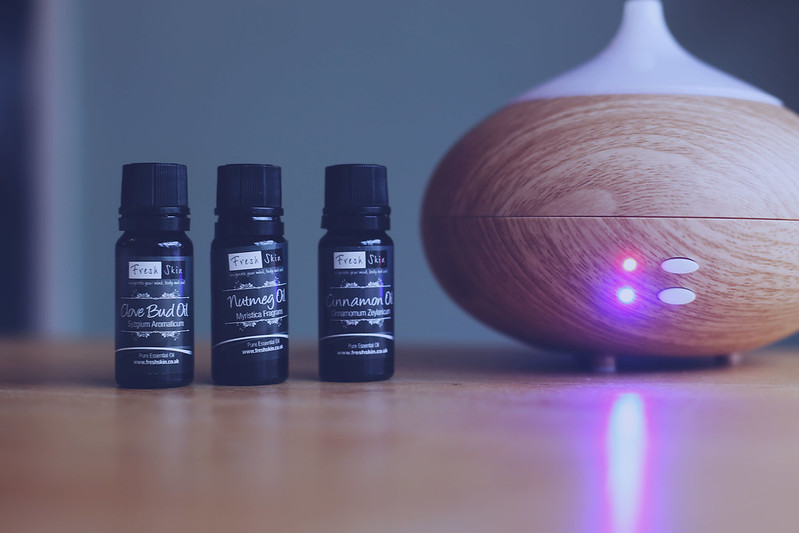 I wasn’t sure what the diffuser would be like, or how easy it would be to operate, but it couldn’t have been simpler. You fill the small tank with water, add whichever oil, or mix of oils you want, pop the lid back on and then plug it in. It puffs out a steady stream of amazing smelling steam that fills your house with whatever scent you choose. I’ve been eagerly trying out some of the blends I spotted on Pinterest… I bought all of the oils from Fresh Skin – I bought them from their eBay account but they have a website with all of their essential oils on which is probably easier than buying eight individual oils like I did!  My favourite mixes are those with the Cypress Oil in as it smells like evergreen trees and is really forest-y.  I add more than it recommends in the ‘recipe’ above – cypress oil, orange oil, cinnamon oil and clove oil is my favourite mix, and I usually add three or four drops of the last three and then five or six of cypress oil as it’s my favourite scent.  It really does smell like Christmas, but considering the oils cost about £2 a bottle and you only need a few drops, it’s significantly cheaper than feeding my burgeoning Yankee Candle addiction. 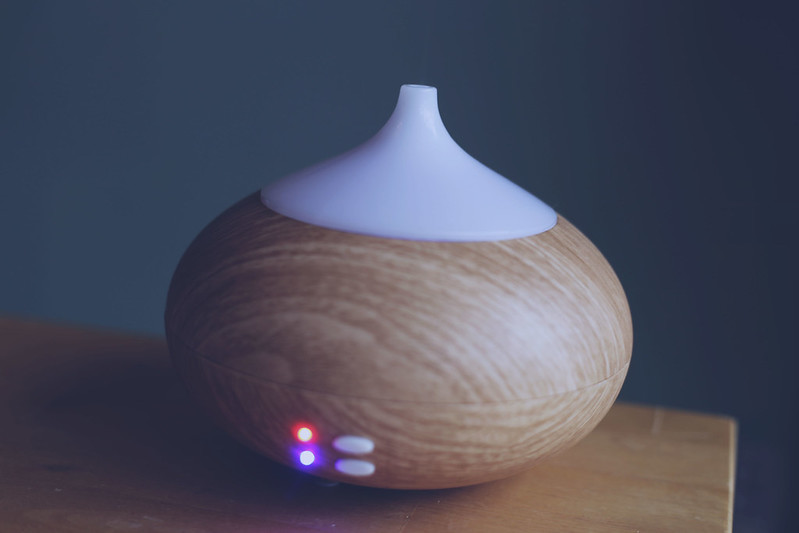 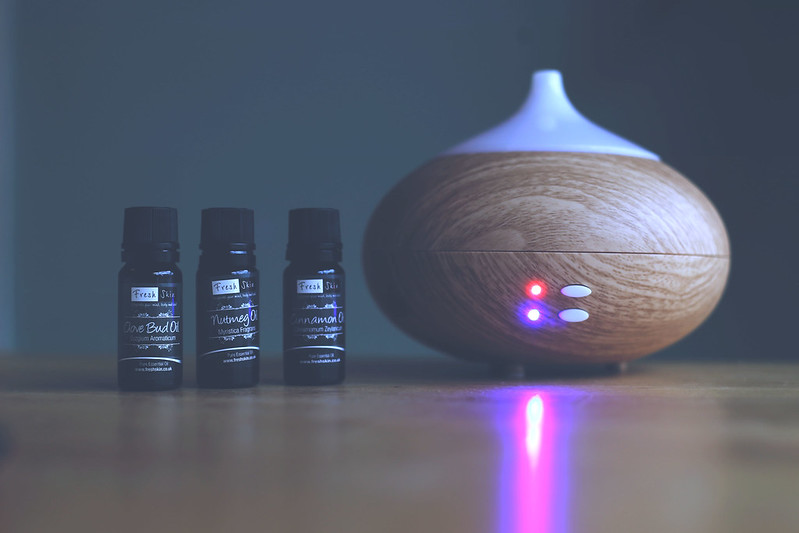 Now I have this one I can’t wait to get a couple more for other areas of the house – when I first bought it I had it in the bedroom and just had Lavender Oil in it, and it was perfect for popping on just before bedtime.  I totally recommend it and am so glad I took a punt on getting one (there’s a few on there but I’m really happy with mine – here’s one that looks very similar as mine appears to have sold out).  For the price of one of my expensive candles I have a new toy that’s been on every day since I bought it!  I also think they would make a great Christmas present – especially if you paired it with a couple of essential oils in a sort of little hamper – how fun would that be? (I shouldn’t have said that should I as I know I’ll definitely be buying them for a few friends!)

Have you tried aromatherapy diffusers before?