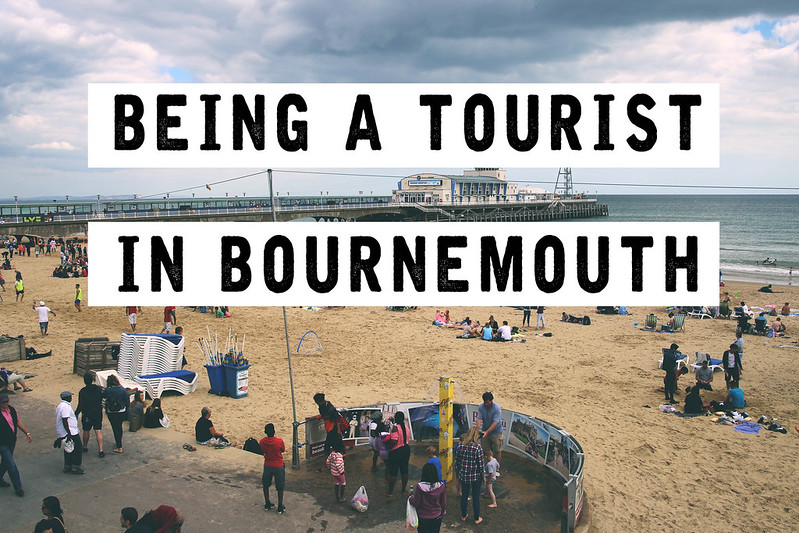 Even though I’ve lived on the outskirts of Bournemouth for four years, I always feel stumped when people ask me for the best things to do in Bournemouth.  So when Travelodge asked me to be a tourist for the day and tick off a list of as many fun activities as possible, I jumped at the chance to see a side of Bournemouth that I haven’t really seen yet.

So, armed with a list of ten things for tourists to do in Bournemouth, we headed out on Saturday ready to do some serious sightseeing.

We started out in Lower Gardens, which are the long gardens between the beach and the city centre. They are beautifully kept, with lovely flowers and plants – as well as housing the famous Bournemouth balloon.  On Wednesday evenings in August there are also candlelight nights where the gardens are filled with candles. 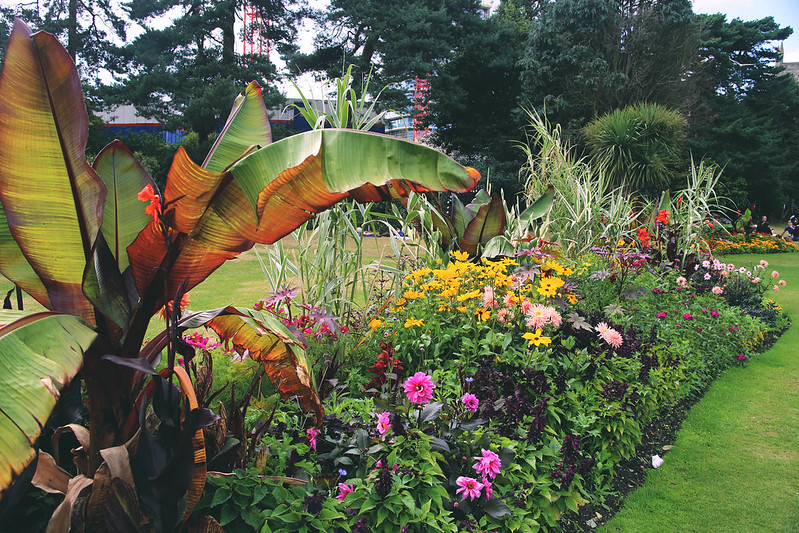 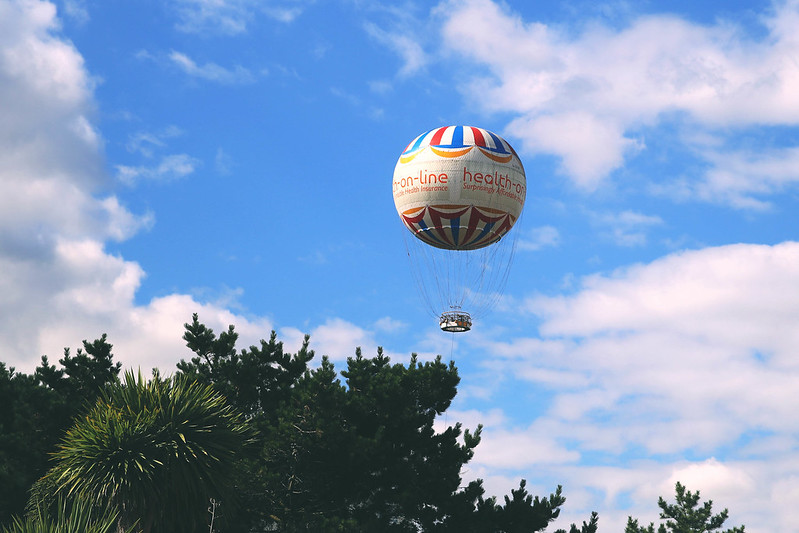 Our next stop was the Bournemouth balloon.  Tom and I have both wanted to go up in the Bournemouth balloon since we moved here, but have never got around to it – so being a tourist for the day was the perfect excuse! The balloon is attached to the ground by a steel cable and goes up almost 500ft, for views across the New Forest and over Bournemouth of up to 20 miles away.  It was a slightly breezy day on Saturday so the balloon was moving around quite a lot and I was a little nervous! But it was a lot of fun, and the views were absolutely amazing, especially along the coastline and looking out over the forest. 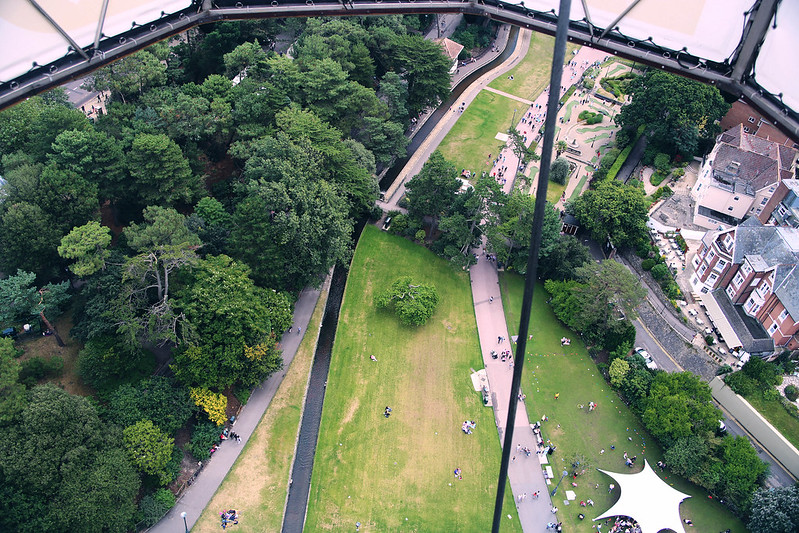 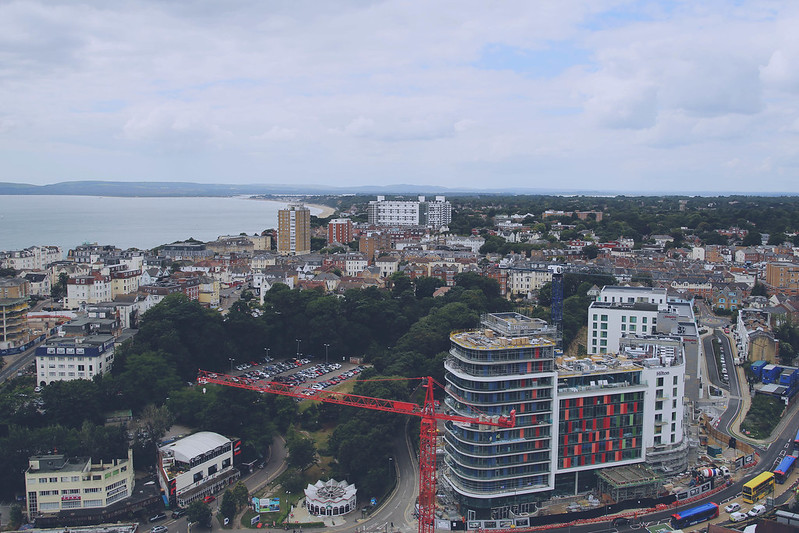 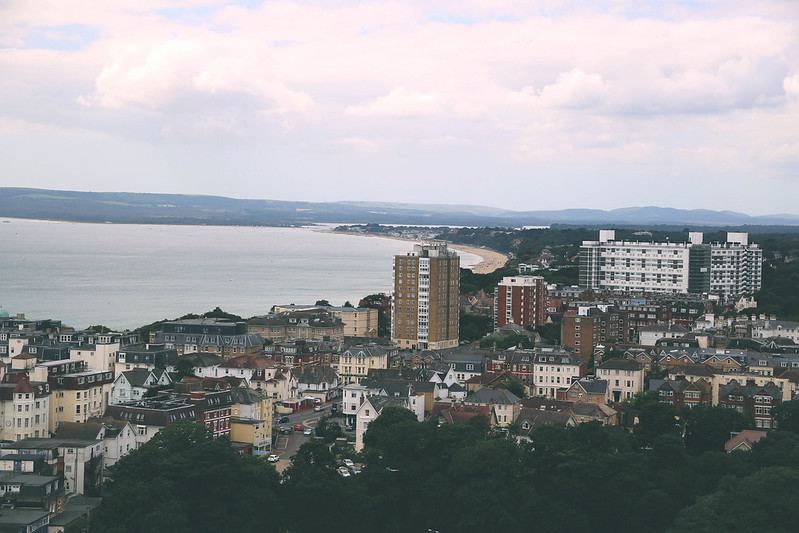 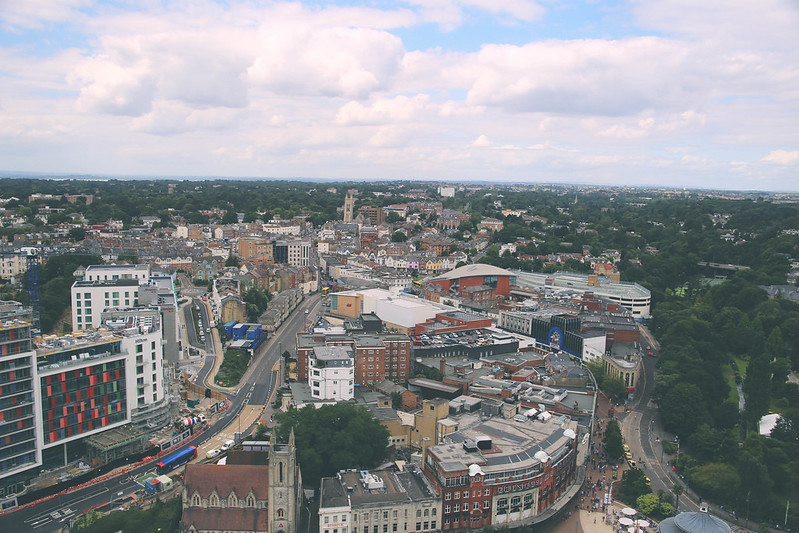 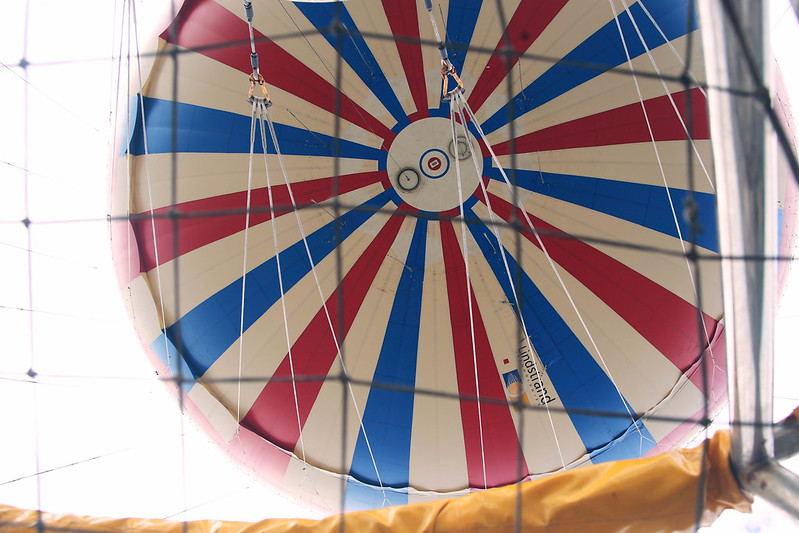 Our next stop was intended to be the 6d cinema, but we spotted a sign in the lobby that said that people with travel sickness shouldn’t try it (it’s a simulator with ‘twists and turns’), and since I get ill sitting in the backwards seat on the train, I thought I’d better give it the swerve.  Instead we went a few steps up the road and stopped at Patisserie Valerie for tea and cake.  I had cheesecake and a pot of green tea, and Tom had a coffee and millefeuille.  Both were totally delicious and definitely set us up for some more exploring! 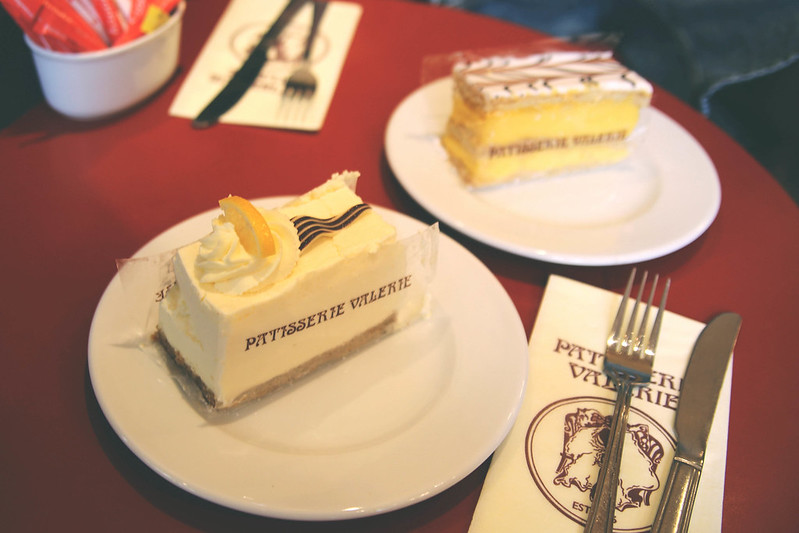 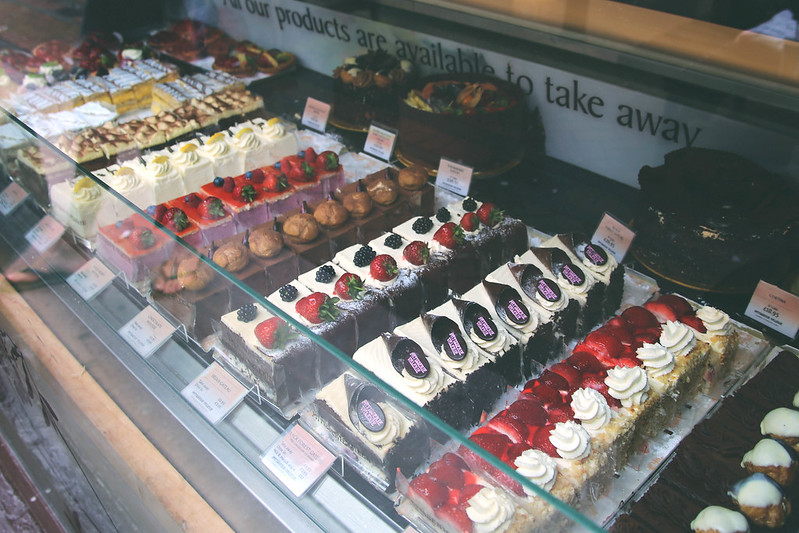 On the way back through town we stopped at the Garden Bar – a little popup bar with beach huts, faux ‘garden sheds’ and all sorts of other fun places to sit and enjoy a drink.  There was also a guy playing acoustic guitar who was really good – you could sit in a deckchair and listen to him play (what a perfect way to while away a sunny afternoon). 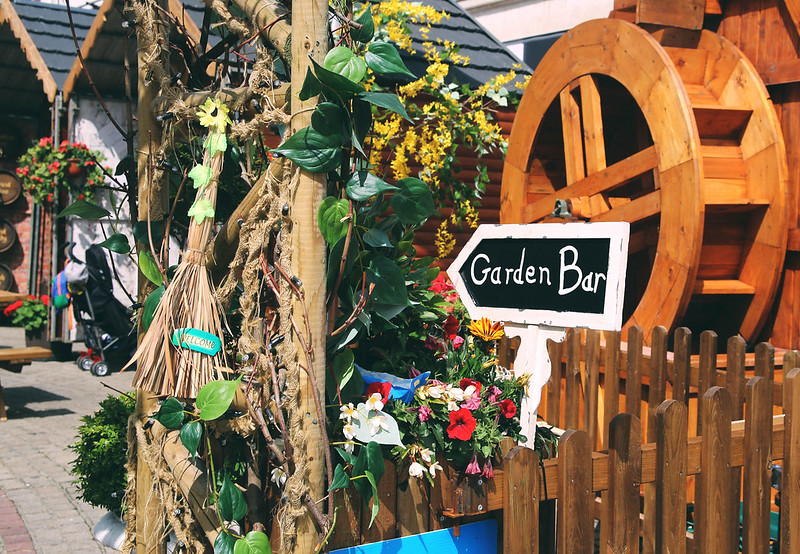 Our next stop was the Oceanarium, which is the Aquarium next to the Pier.  It’s another thing we’ve been meaning to do since we moved here – particularly since the entrance fee is only £8.95 (if you book online), and they now have penguins, which I was particularly excited to see!

There was no queue when we got there, so we went straight in and managed to catch feeding time for the otters! Seeing them diving down in the water to get the food, and swimming around and playing was a lot of fun.  After the otters we saw all kinds of different fish (as you’d imagine), including black tip reef sharks, big eyed jacks, moray eels and stingrays. 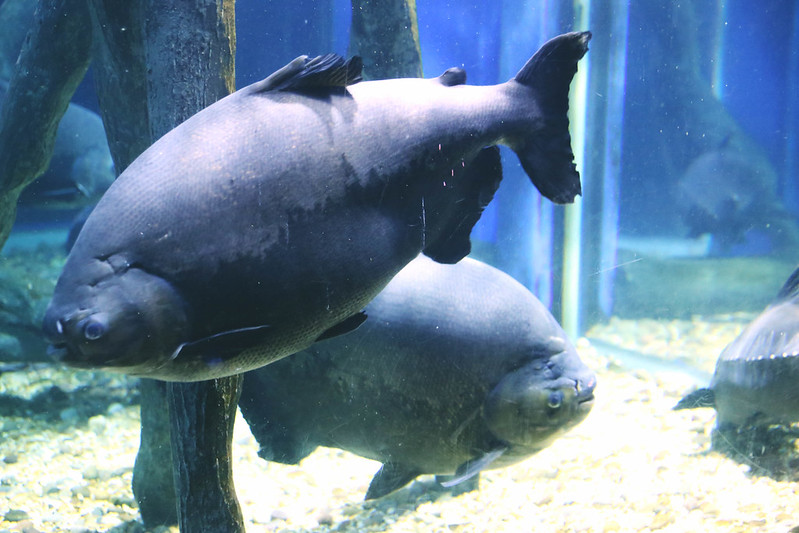 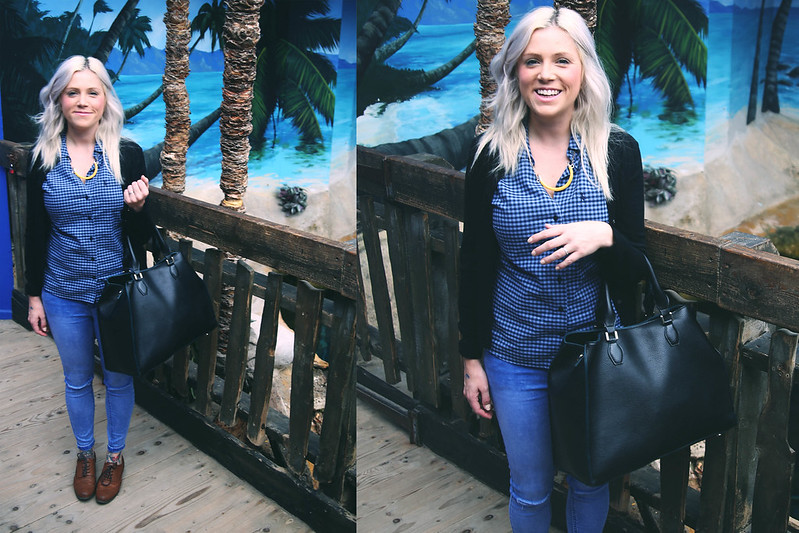 The penguins were a definite highlight for me.  When we first arrived one of the penguins was flapping his wings and opening and shutting his beak a lot – I thought he was doing a happy little dance but the aquarium guide told us that the penguins were actually moulting and it was quite a painful and uncomfortable period for them.  I felt really sorry for one in particular – he looked really miserable! It was still nice to see the penguins though, they have a lovely view over Bournemouth beach! 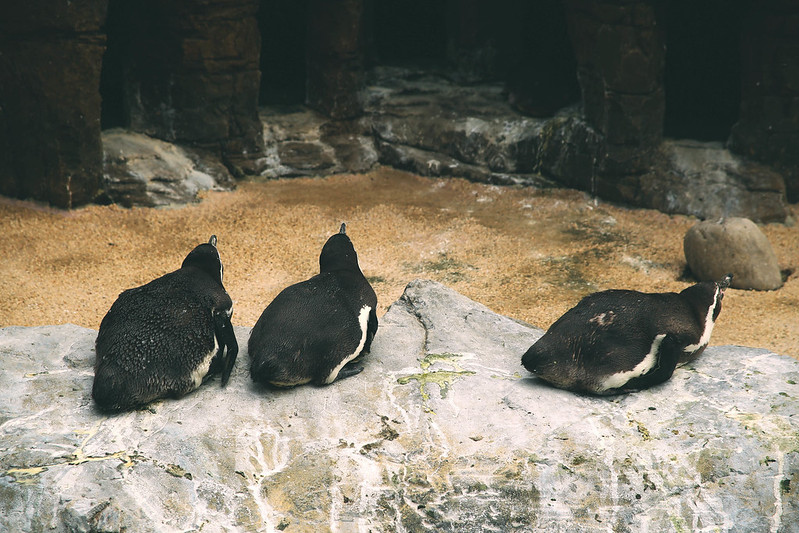 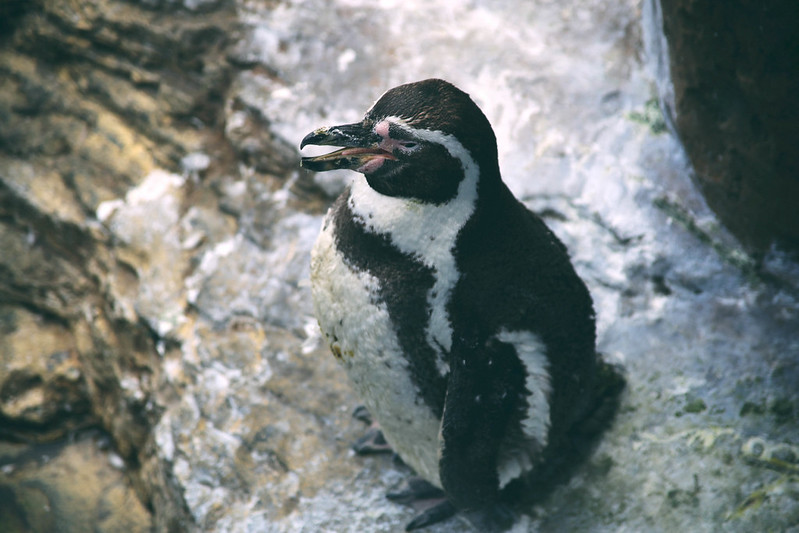 My other favourite was the leatherback turtles.  They are such beautiful creatures and it’s very calming to watch them swim around.  The crocodiles were not quite so calming to watch, they look like they’d chomp on you if you just looked at them funny! 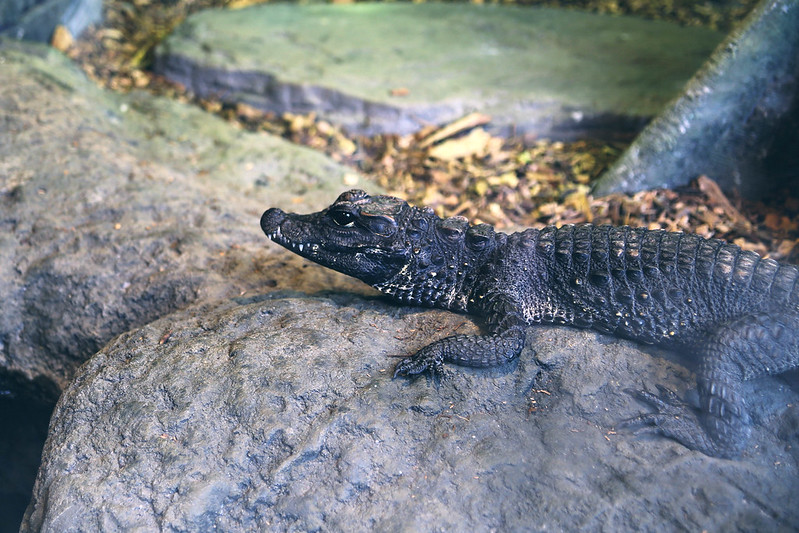 After the Oceanarium we went for a little stroll along Bournemouth beach.  I must admit that it was a lot more crowded than I would have preferred – we usually go to Southbourne beach as it’s a little quieter. 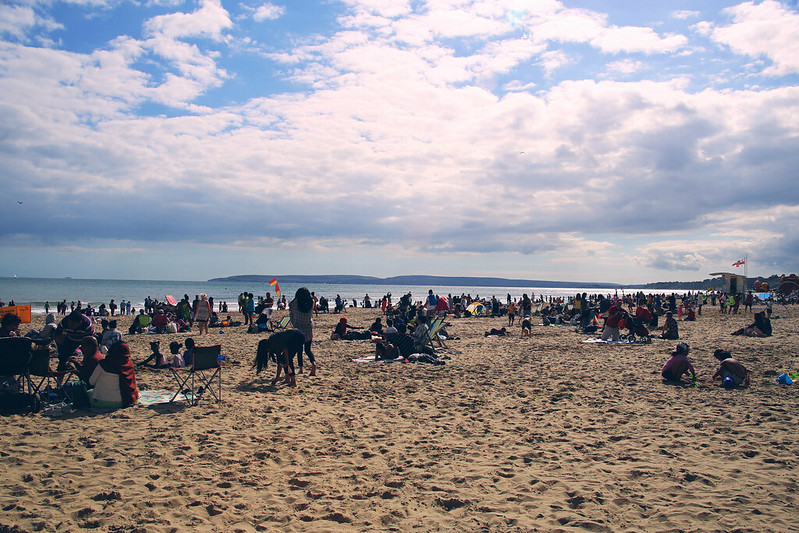 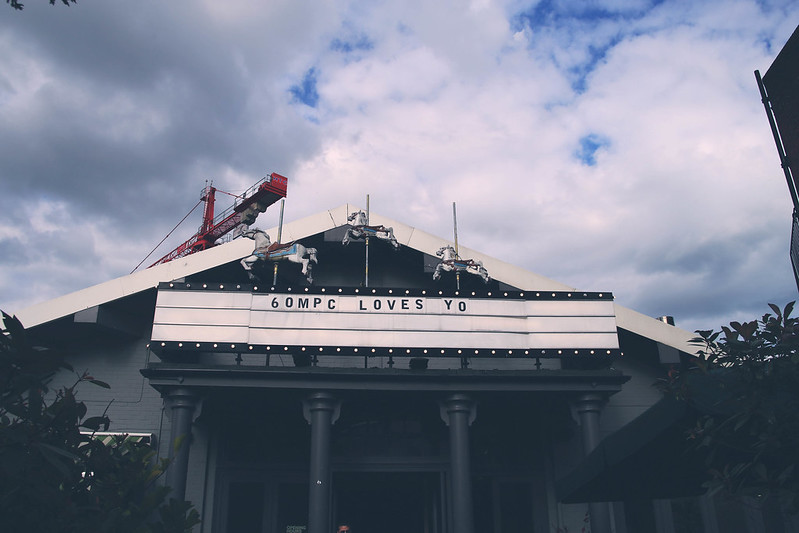 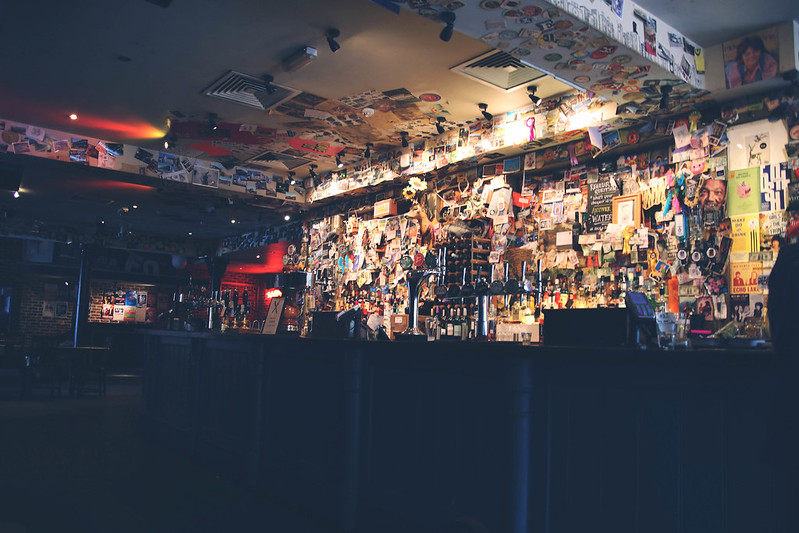 Sixty Million Postcards is a very quirky, fun bar, with postcards, maps and newspaper clippings stuck all over the walls.  The food menu is full of burgers, sharing platters, chicken wings, mac n cheese and hot dogs.  We had a cider and a beer and perused the menu – I opted for a burger with halloumi and coleslaw, and Tom went for a burger with peanut butter, emmental, smoked bacon and grilled pineapple (he went a bit crazy).  He also went for hot wings on the side… 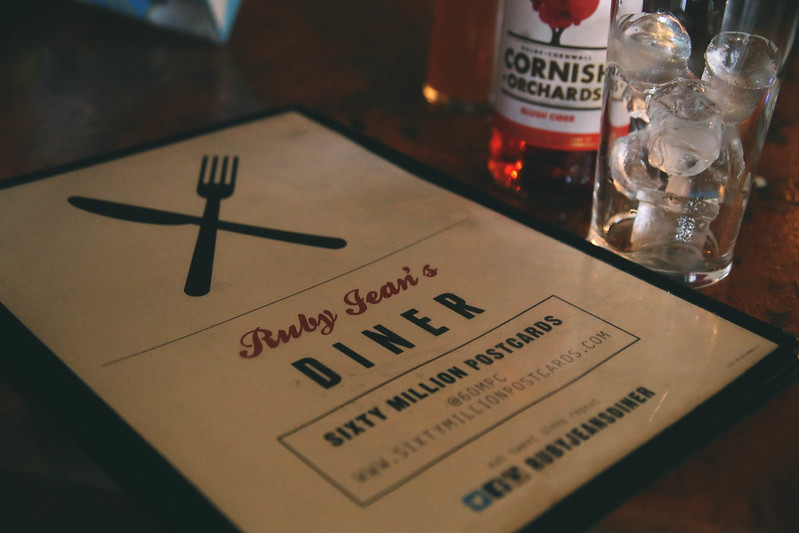 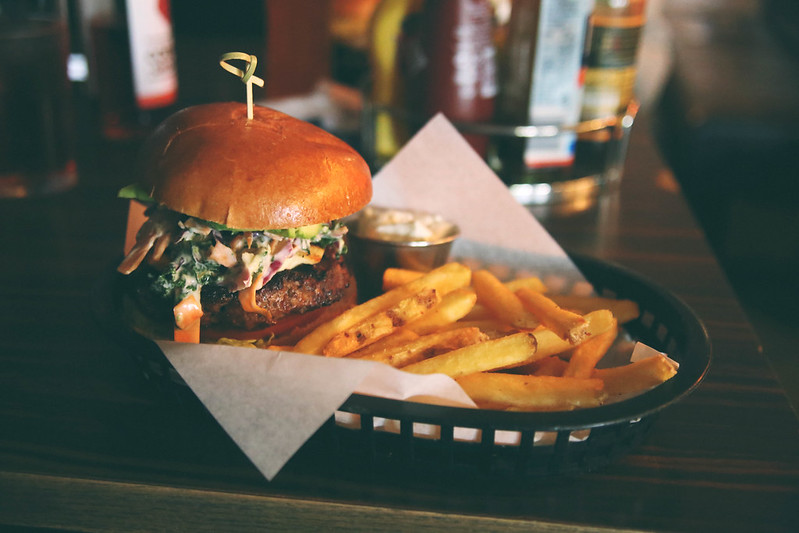 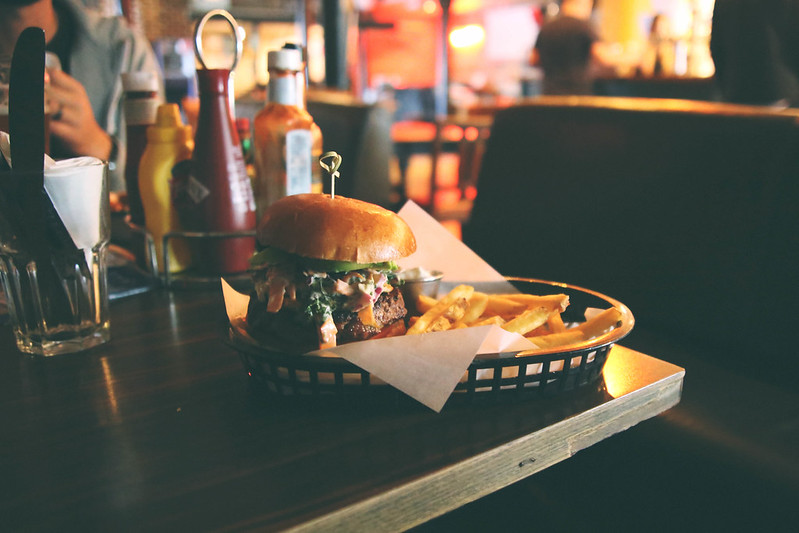 We were running out of time on our day of being tourists, so our final stop was the Wight Bear Ale House – a micropub in Southbourne. The Ale House serve ales, cider, tea and coffee – and if you’re hungry (which we definitely weren’t after those burgers…) you can eat their homemade scotch eggs, pork pies and local cheeses.  They also have a rule – no ringtones and chatting on your phone! – and promote good old conversation (50p in the charity pot if your phone rings!) 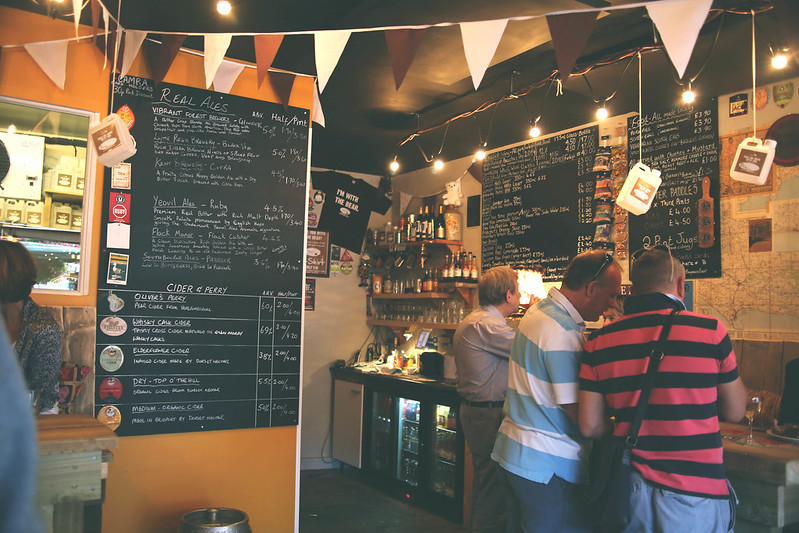 They were really friendly and we’ll definitely be going back when one of us isn’t the designated driver (unlucky me!) After a leisurely drink we headed home, rather tired after our busy day of being tourists! Unfortunately we didn’t fit in all of their recommendations – we didn’t get a chance to see the Russell Coates Museum, play slots on the Pier or play mini golf – we’ll have to save these for next time!

It was lots of fun doing all of the tourist-y things that you often don’t do when you live in a town.  I’m so chuffed we got to visit the Oceanarium and go up in the balloon – both were great fun (and good value).  It’s made me appreciate Bournemouth so much more, and I’ve now amassed a good list of recommendations for the next time someone asks me for suggestions for things to do!

This post was written in conjunction with Travelodge for their #travelodgetourist campaign.  If you’re thinking of visiting Bournemouth, make sure you check out the Bournemouth Travelodge.