Film photography was a passion of mine for many years – I remember as a child looking at photos developed in my Dad’s darkroom – amazing images of penguins from when he was in the Falklands with the Navy, or candid snapshots of when he and my Mum were younger.  Precious insights into worlds I’d not travelled or lives lived prior to my arriving.  My fascination with photography and darkrooms led me to take A Level Photography, and many a happy hour was spent making pinhole cameras, or developing my own photos in the lab – mixing chemicals, hanging films in driers, moving photographic paper into different tubs and watching the images emerge.  It all just felt so magical.

It’s probably no surprise either, that I later, after University (this was in 2005 – feeling old now) went on to work in a camera shop, with occasional stints running the lab when I worked in a branch in Winchester.  Donning the white labcoat and sitting at the back of the shop, pulling films through the developing machine and then splicing and scanning them to see the photos people had taken, reignited my love for film photography.  Though it was often just holiday photos, birthday parties or other celebrations, the occasional film that would come in where someone had an eye for composition, or images that told a wonderful story, made it all worth it.  I often find with photography that it’s not the person with the best camera, or the most extensive knowledge about apertures and shutter speeds, but the people who take the time to capture something beautiful, or have that way of setting things up within a frame, that make the best photographers.

Scarphelia’s recent post about having films developed – ‘The Curiosity Collector‘ had me digging out some old film cameras again, and I’ve spent the last few weeks taking my Olympus XA on various trips and reminding myself how much I love using 35mm film.  The beauty of the XA is that it’s a Rangefinder camera, so you have to set the aperture and focussing yourself – you really have to think about the composition; the distance of the subject, the framing, the type of photograph you’re taking (a portrait, a landscape etc) in order to make the right choices before you take the photos. 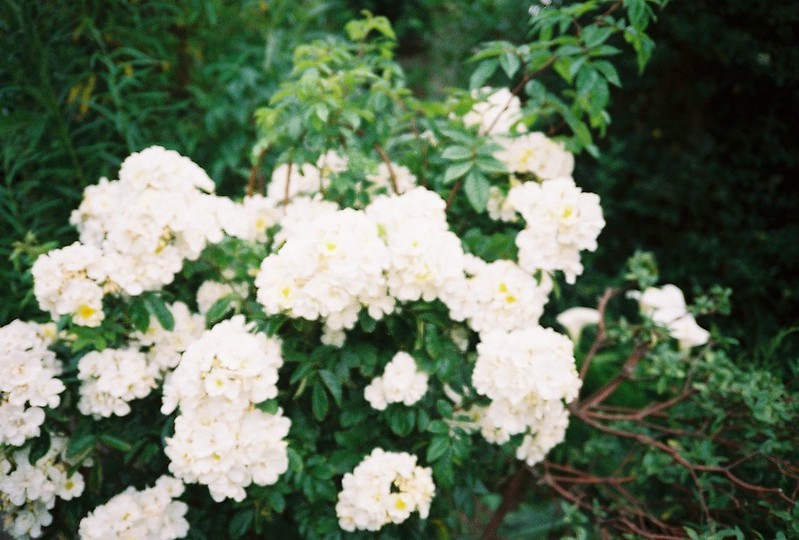 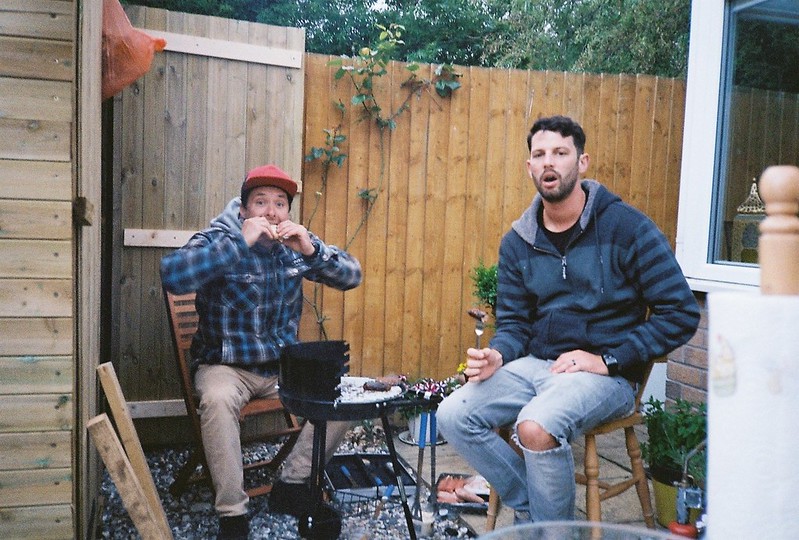 Something about using film and knowing every photo counts, and can’t be deleted, as well as having to consider the aperture and focussing, means that there’s something more slow and mindful about using the XA.  Whereas I’m often frivolous with my photography – taking photos and then deleting the ones that didn’t work – this forces you to be more selective about what you capture, and how.  I find myself capturing things I want to remember, or snapping those little moments that make me smile, rather than just the meaningless shots of something forgettable. 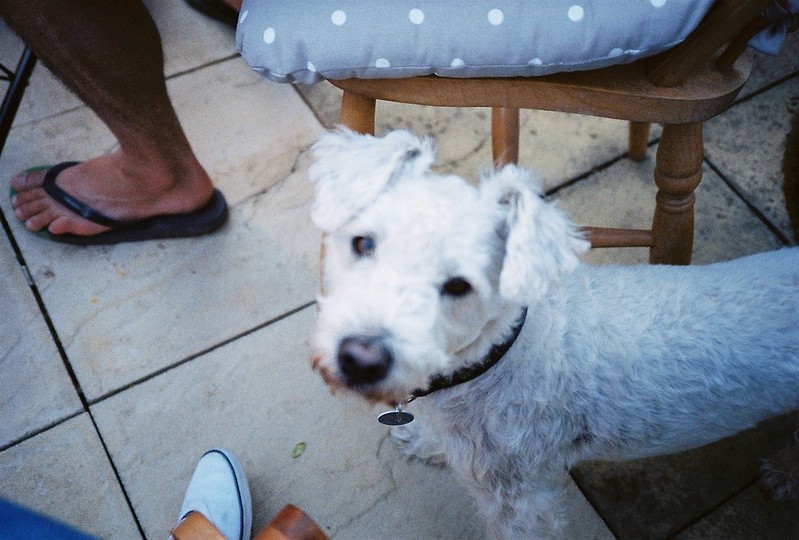 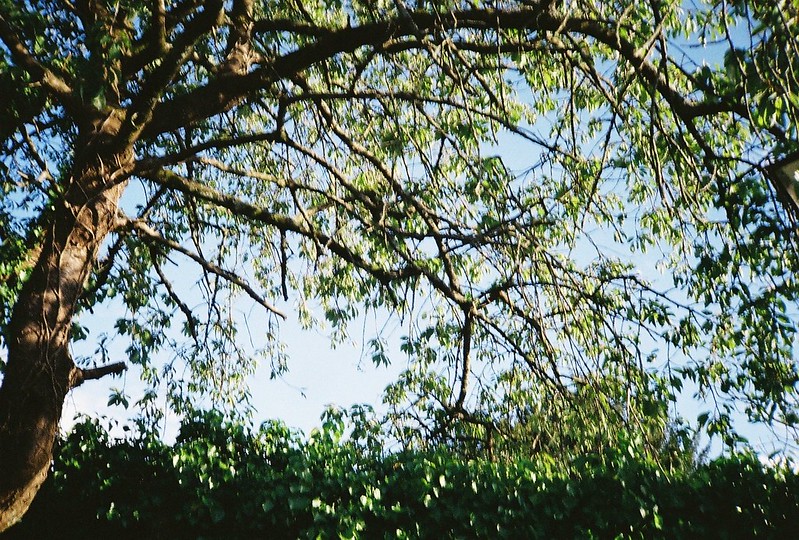 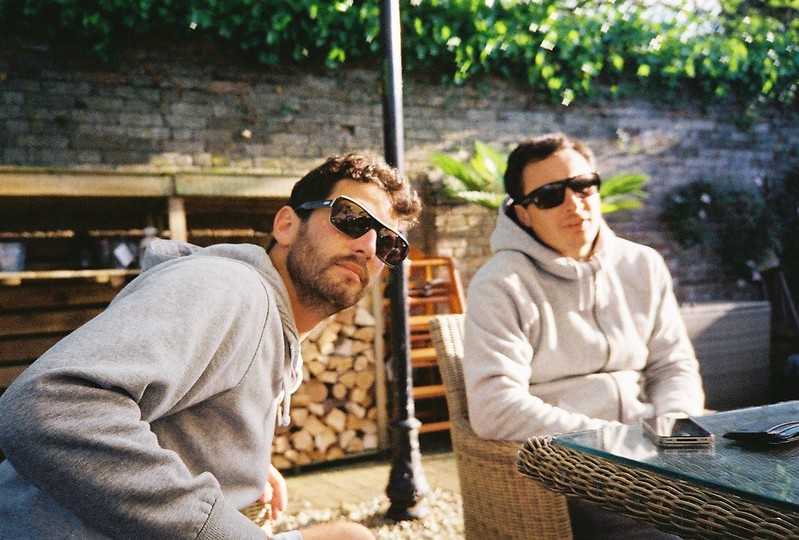 Dropping off the film at Boots contained a little dose of extra excitement, as the film had five photos on it from the last time I’d used the camera, which was many years before.  When the photos came back it was odd to reminisce about those few images, taken in what seemed like a different life.  The view from my old flat before I moved in with Tom, me sitting on a fence in the New Forest, anticipating the house move that would take me from my life in Southampton to our new life in Christchurch.  It’s funny to look back at that person now and wonder what she was thinking about that day – balanced at the beginning of another step towards a new life, grinning in a layby after viewing what would be our first house together (wearing too much eyeliner and a humongous blanket of a scarf – I shall not share the photo here). 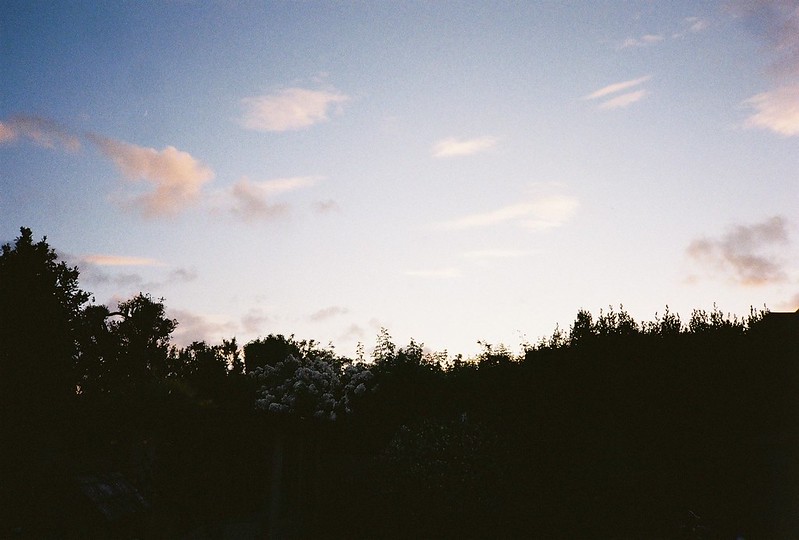 I’m so pleased that I’ve picked up my film cameras again, and that using 35mm is leading me to think more about photography and the things I capture.  Although I don’t usually shoot just on automatic (though I’m not so snobbish to suggest that isn’t the right approach for a lot of people) – it’s still a good reminder that taking that time to consider all of the elements of the capture before you click the shutter definitely pays dividends.  And who knows, maybe I’ll leave a film half taken in one of my cameras, so that a few years from now I can take it to be developed and wonder what the girl in the photographs was thinking on that day in the summer of 2015.