I watched the movie ‘Chef‘ on the plane home from America last September and developed a rather unhealthy obsession with hot sandwiches and making the ultimate Cuban sandwich.  I think I ordered a Breville Sandwich Press within about four minutes of walking in the door from our holiday, such was my desire to start making amazing paninis, ciabattas and toasties.  Since then, the love for my sandwich press has been strong, but my creativity with the recipes I use has definitely waned – most weekends Tom and I find ourselves whipping up a basic cheese and ham toastie without much thought, and the days of trying to perfect a Cuban sandwich or mash together food-truck-esque street food are long gone.

So when Lurpak recently got in touch to ask me if I wanted to take part in their Lurpak ‘Freestyle Challenge’, I was immediately interested.  It turns out that I’m not alone in being a creature of habit when it comes to making sandwiches, and three in ten British office workers take the same sandwich to work every day. Lurpak are currently hosting a Freestyle Food Month and are challenging people to try ‘breaking free from their culinary routine’, as well as having their own food truck dishing out yummy combinations to lucky lunchers in London (more on that later).

With the street food theme in mind I decided to try and whip up a recipe that could be dished out in an El Jefe (that’s the one in Chef!) style food truck.  After a bit of research I discovered some recipes for ‘Hot Tortas’ – a Mexican street food sandwich often made in a crusty, white sandwich roll.

Hot tortas usually include a cheese like Manchego or Quesillo, a meat like chorizo or pork shank, and then the addition of refried beans, jalapenos and veg.  You can have hot tortas with seemingly any ingredients you want, and many throw in avocado, tomato and lettuce.  For my ‘hot torta’ I chose manchego cheese, chorizo, red pepper and refried beans. 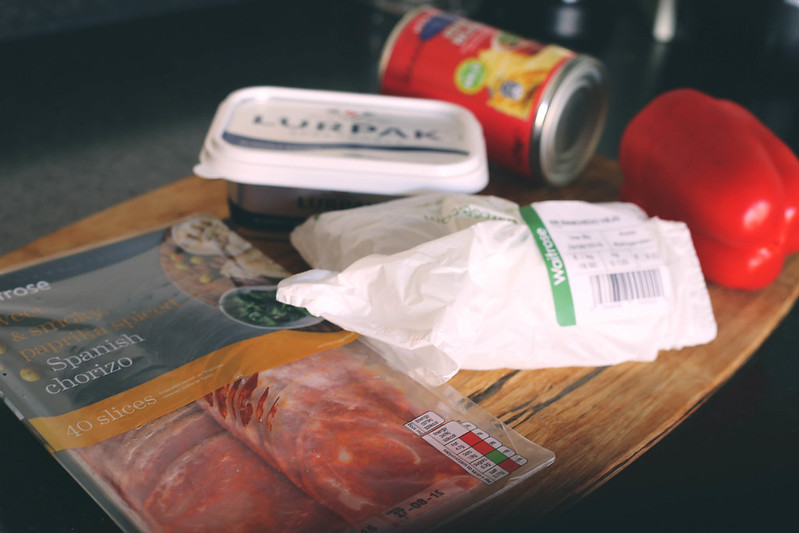 As I was making it in my sandwich press, I went for plain old white bread, but I’m definitely going to try it in a roll next in keeping with the way they’re traditionally made.  Hot tortas are usually made by heating up all of the ingredients separately and then building them into the sandwich, so I heated up the refried beans, melted the cheese in and stir fried the peppers, before layering in the chorizo and popping the whole creation in the sandwich press. 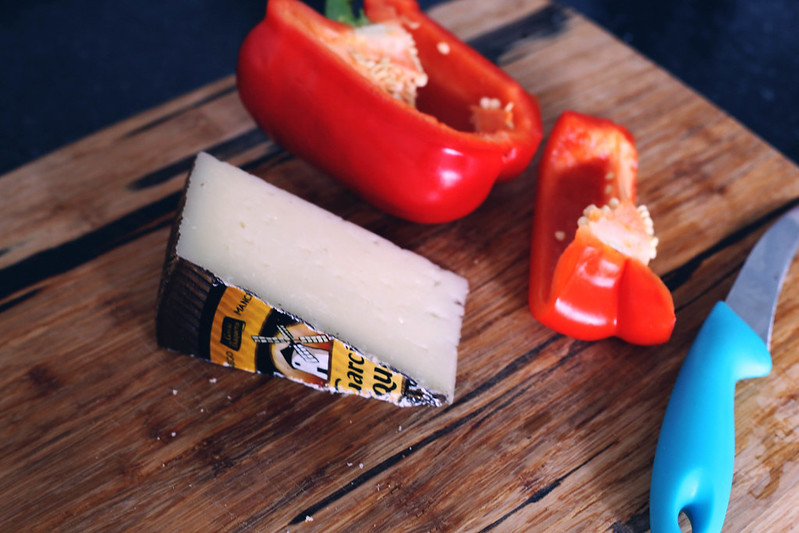 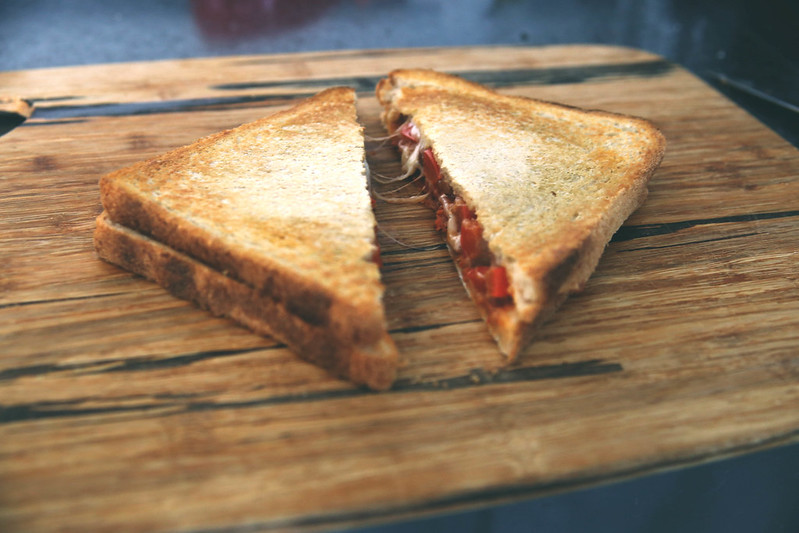 I’m just going to pause there for a second whilst I allow you to take in just how good that looks and for me to reminisce about what was officially the best sandwich I have ever had.  I’m not even exaggerating, I made so many ‘mmmm’ and ‘ahhhhh’ noises I think the neighbours were probably getting a little concerned.  The melted cheese alongside the spice of the chorizo and crunch of the peppers was just utterly heavenly.  I’m so glad I took the time to whip up this recipe and try something different as it’s definitely going to be a new staple in my kitchen! 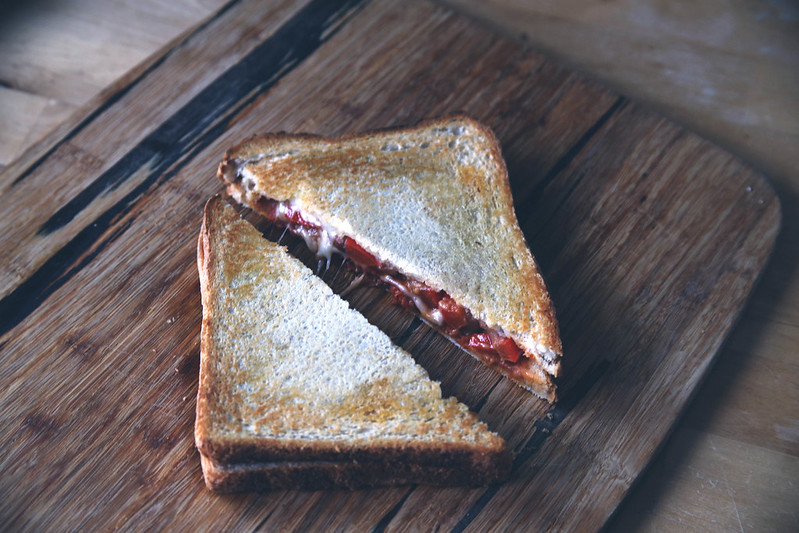 If my sandwich has got you hankering to try something different at lunch, and if you’re lucky enough to be London based then you need to get along to the Lurpak food truck between tomorrow and the 17th July for some of their free sandwiches and canapés.  Their first stop will be tomorrow at Paddington Central, and then onto…

I’m so jealous of you lucky Londoners, as their sandwich combos sound amazing (peach and ricotta on raisin bread is one I’ll definitely be trying to replicate at home!) You could also win a Lurpak hamper by making your own freestyle recipe in the kitchen and sharing it on instagram, Twitter or Facebook with the tag #freestylefood (you’ll find some of their featured creations on their Freestyle Food page).

Are you a creature of habit when it comes to making your lunch every day?