Like a lot of decisions that Tom and I make, getting Bodhi dog was an idea that we toyed with for some time, did an enormous amount of research on, and then got bored of researching and decided to just go ahead with (and have never looked back).  At the time when we got him, we had our own house, with a garden, in a quiet residential area (with lots of lovely dog walks around) and Tom worked shifts meaning he was home most days – so we felt fairly confident we could give a dog a pretty awesome home. 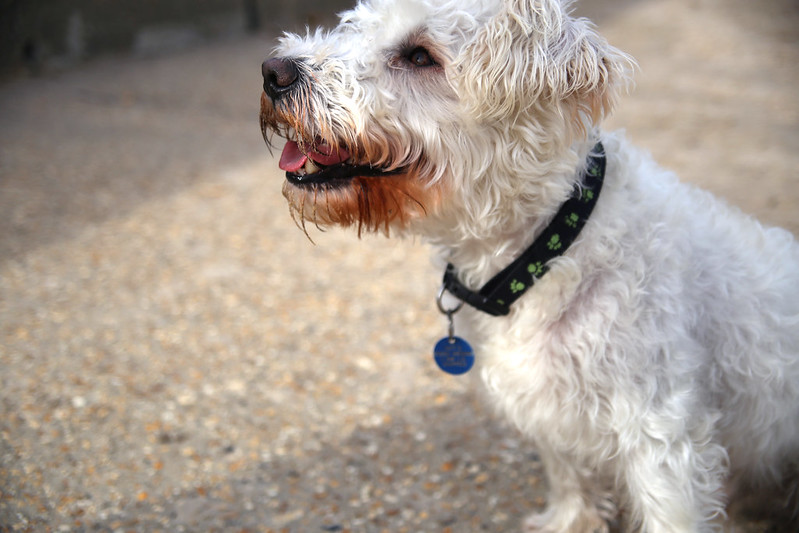 The decision to get a dog from a breeder, rather than a rescue centre was one that we toyed with for some time. A lot of people said to us that if we were able to give a dog a home, that we should look to rehome one that had been abandoned, rather than paying out money to a breeder.  After a lot of consideration, we did decide to go ahead with buying a puppy from a lady who bred schnoodles, who lived in Wales.  This was for several reasons – firstly, Tom has a lot of allergies and has asthma, so we knew we had to get a poodle cross puppy to ensure that it didn’t shed fur and irritate Tom’s allergies.  Secondly, because at that time Tom worked shifts, we would be walking and training the dog often separately, so we wanted to get a dog that we knew would likely be easy to train and look after in the initial weeks of owning it.  After a lot of research we knew that we really wanted a schnoodle, which we couldn’t find in any rescue centres.  Also, this was our first dog together, and though our families had both owned dogs, we’d never owned one ourselves, and we were nervous of the commitment of taking on a rescue dog, despite how much we liked the idea of giving one a loving home.  I think we would definitely consider it if we got a second dog however, now that we are more used to owning a dog, and would be prepared for all the stress of training one! 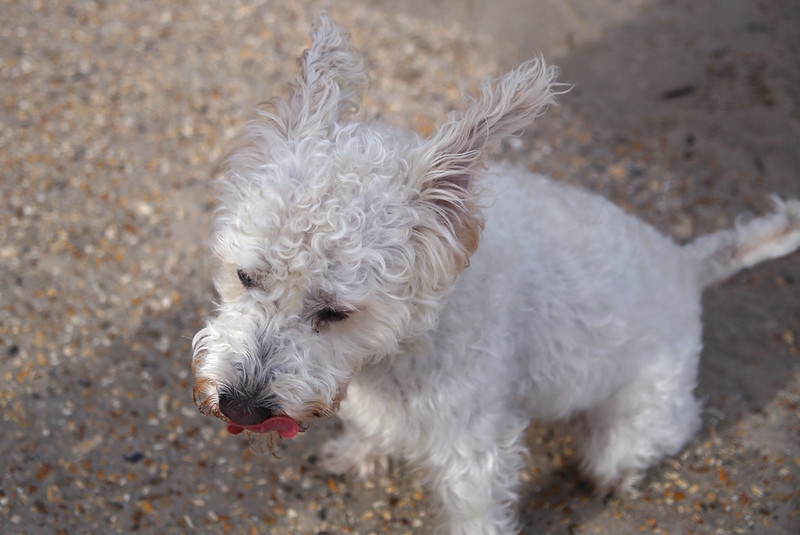 Someone once told me that you find a lot of the smaller breeds of dog in rescue centres, as people buy the stereotypically ‘cute’ dogs thinking that they’ll be all instagram photos and shopping trips, and then decide that they’re too much work.  But actually, I discovered recently that it’s often the larger breeds of dog that end up needing rehoming, with the most popular being Staffies, Akitas, Dobermans, Rottweilers and German Shepherds. People can often take on dogs like these without understanding the level of care, training and walking that they require.

Co-op Insurance recently put together a list of ‘ten big softies‘ – bigger dogs that are currently in need of loving homes, and are waiting for their new owner to come and adopt them (via DogsBlog).  They all look so lovely, I can barely resist those puppy dog eyes on the Bull Mastiff!

I have a good friend who has an Akita, and met another person this weekend that also has one and says what loving dogs they are.  My friend Fleur’s Akita is called Raffy Bear, he looks like a big happy chunk of love! I love that he often looks like he’s smiling in photos. 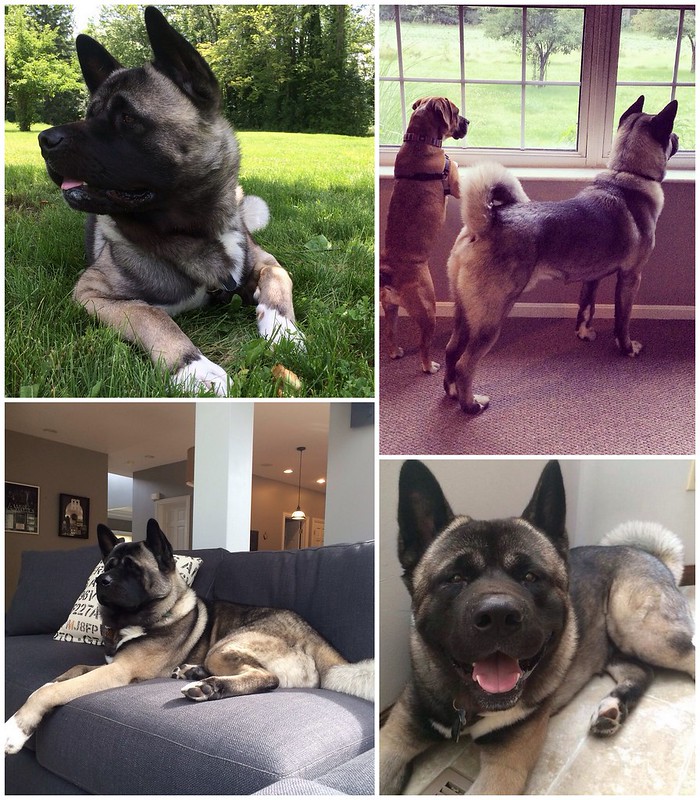 I’m really sad that Bodhi will never get to meet Raffy, as Fleur now lives in the States.  I’d love to see them playing together, though Bodhi is probably a quarter of the size of Raffy! On owning an Akita, Fleur says “Akitas are people dogs and love being around people.  He’s such a happy dog, and he loves his snoozes and pillows – he will literally move pillows to fit how he wants to lie.  But Akitas are very strong-willed, so if he doesn’t want to move, he won’t! He has such a strong personality and I’ve never met a dog who has such expression in its eyes. He’s definitely a lover – but Akitas need A LOT of training, so people should be aware of that if they decide to take one on; they need a lot of time invested in them!”

The person I met this weekend, who has a Japanese Akita, was telling me that despite their reputation of being fearsome and powerful, his Akita is scared of puddles, and once chased a squirrel, only to lick its head when he caught it!  I have another friend with a Staffy called Boston who is also a very loving dog and dotes on her baby boy (and is scared of the hairdryer!)

Would you consider owning a rescue dog (or do you already?) What do you think about larger breeds of dog?