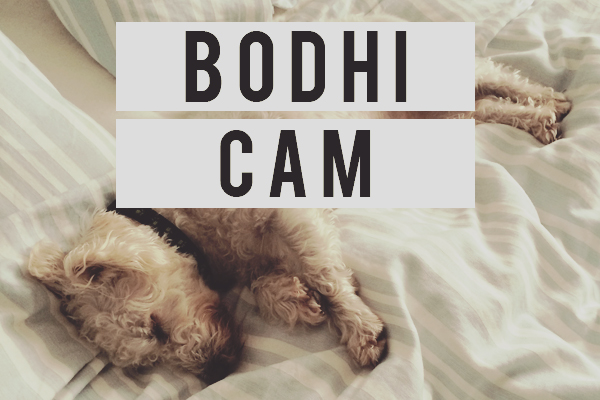 I think I speak for both myself and Tom (and dog owners everywhere) when I say that one of the saddest moments of our day is when we have to wave goodbye to the pup and know that we’re not going to see him again until we get home.  When we got Bodhi, Tom was home six days out of eight because of his shifts, but now we both work full time, Bodhi is on his own during the day.  Tom takes him out for a long dog walk in the morning and then is usually home by half 4, but still it’s very hard leaving him in the morning.

Apart from a pile of shredded post when we return home from work, it’s difficult to know exactly what Bodhi has been up to during the day.  When we’re home at weekends, or when one of us is working from home, Bodhi usually curls up in the hall and falls asleep, which makes me feel slightly more reassured that he’s not bounding around the house desperate to go out, or crying at the door.

So when Argos Pet Insurance asked us if we’d like a Motorola Pet Camera to allow us to watch Bodhi whilst we were at work, we jumped at the chance! The camera is really easy to set up and install, and we put it on our TV unit, facing into the lounge.  You then download an app which allows you to live stream the feed of the camera, as well as record and play back footage, take photos, speak to your pet through a two-way audio function, and move the camera around.

I have had a lot of fun watching Bodhi whilst I’m at work!  We’ve discovered that he actually doesn’t spend a great deal of time in the lounge – I think he probably sits on the stairs as he can look out into the street in front of the house that way (and bark at the Postman!)  He tends to go into the lounge about 3pm for a little snooze on the sofa.

I took a few snaps using the app on my phone to capture what he was up to.  My favourite is the second one down (his ears never fail to make me laugh!) and the second from the bottom where he was rolling around and generally being silly on the sofa! 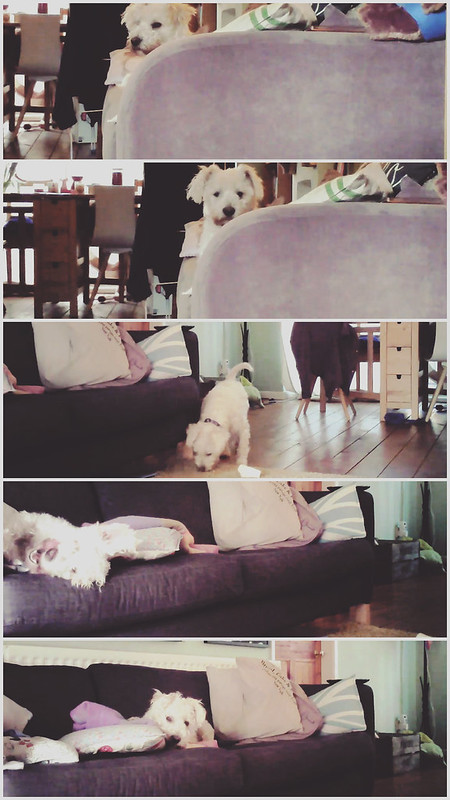 It’s been lots of fun at work checking in on what he’s been doing during the day – I’m sure my colleagues really appreciate me yelling at them to come and look at Bodhi doing something funny! We also obviously share lots of amusing pet stories at work – my friend has a cat who loves pushing glasses and vases off tables and shelves so she has to do an audit before she leaves the house every day.  At least if you saw them doing it on camera you could use the audio function to tell them to stop (and probably really confuse them!)

What does your pet get up to during the day? Would you be tempted to sneak a peek and get a pet camera? You can also check out Argos’ Pets Caught On Camera campaign for the chance to win a Pet Camera of your own.