If you’ve been reading my blog for a while, you’ll know that I am a great lover of smoothies, protein shakes and generally anything I can throw a load of ingredients in and grab for on the go yumminess. You might have seen on my Twitter that a few weeks ago, my smoothie maker actually exploded (like, glass everywhere, dreams of making mango fluff banished) and so I’ve been feeling somewhat bereft in the mornings without my smoothie fix.

Cut to a couple of weeks ago when Lactofree kindly got in touch and asked if I wanted to use their yummy dairy drink to whip up some smoothies using a Nutri Ninja blender.  To say I was excited was an understatement – I was really intrigued to try Lactofree and whip up some new recipes.

The first one I tried was a trusty favourite – the sweet potato and raw cacao shake that I make quite often.  It’s thick and gloopy like a malt shake and tastes totally heavenly even though it’s not really naughty at all!  I often cook up a few sweet potatoes at once and keep them in the fridge so I can make these throughout the week.  If you reduce the amount of milk in the recipe and leave the mixture in the fridge overnight it turns into a thick pudding – yum! 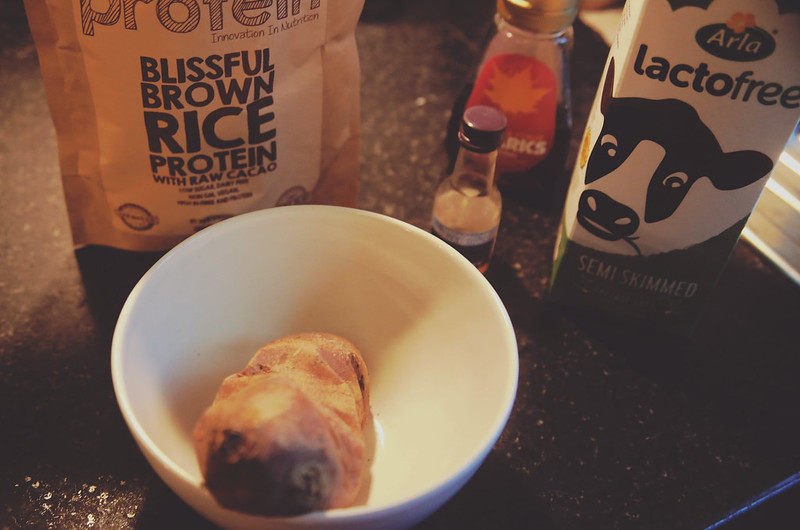 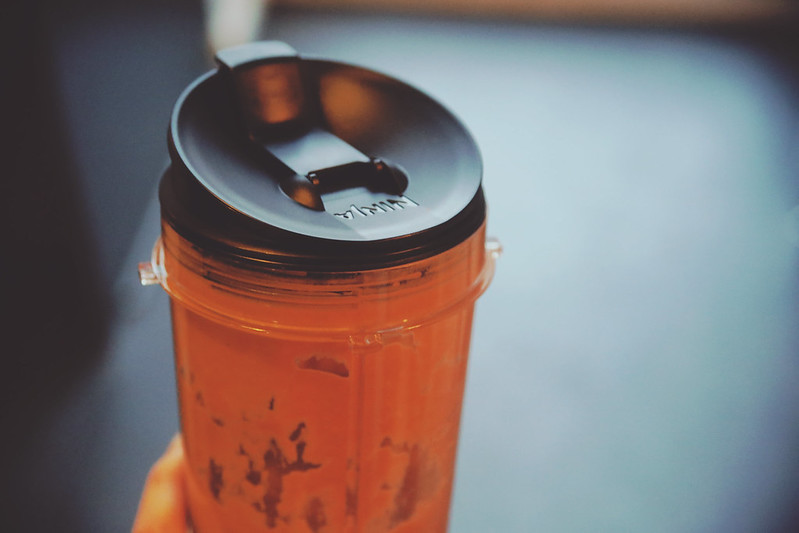 This was the first smoothie I tried using Lactofree and I was really intrigued as to what it would taste like.  I thought it made the recipe extra creamy and almost a little sweeter! Before I was approached by Lactofree I had seen it in the shops but not really known what it was – reading up on it I found out that often when people think they’re intolerant to dairy, they’re actually intolerant to lactose instead (the natural sugar found in milk).  So Lactofree allows people to enjoy the nutritional benefits and taste of milk, just with the lactose removed (they also do yoghurt, cheese, cream and all sorts).

My next smoothie was another favourite – a tropical green smoothie… 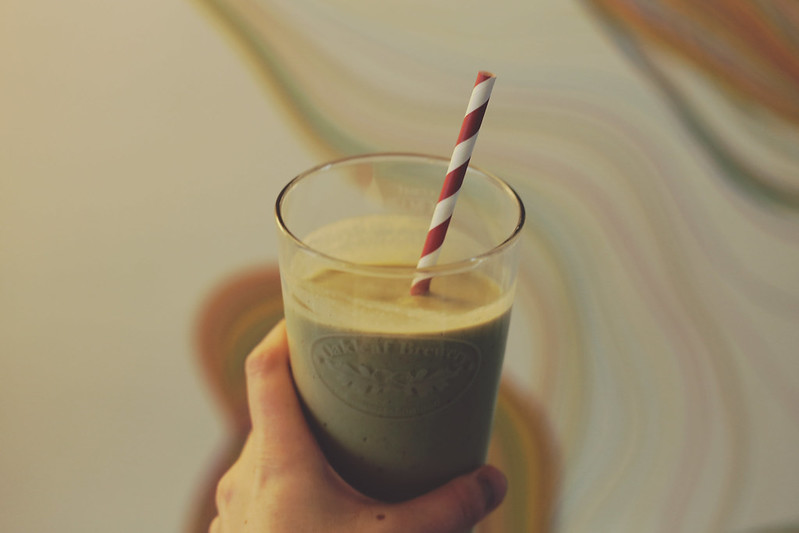 Handful of frozen fruit (I use Waitrose Tropical Smoothie mix)

I’m a massive fan of the MyProtein Nutrigreens; it’s a powder that contains 22 different superfoods and fruit and vegetable extracts.  I quite often throw it in smoothies to give me that extra nutritional boost.  Lactofree was also great in this – it tastes really tropical and refreshing! The bags of frozen smoothie mix are the ultimate lazy way to whip up quick smoothies. 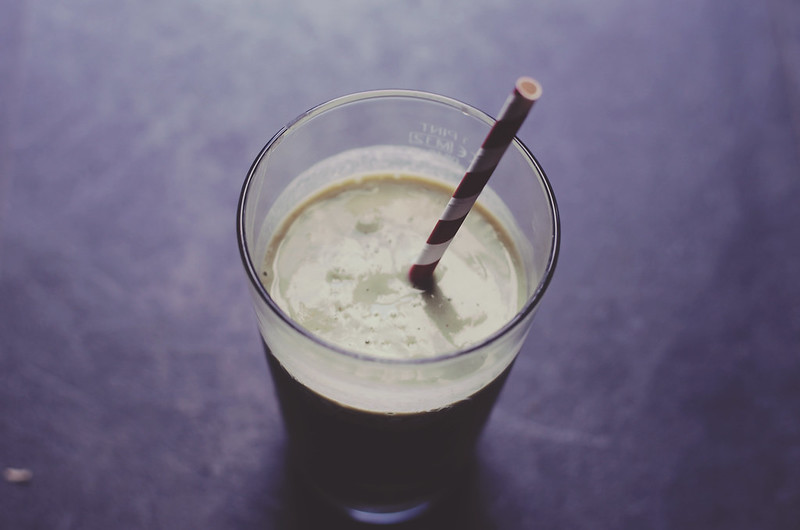 Next on my list to try is the cherry and strawberry smoothie – I don’t think I’ve had cherries in a smoothie before, yum!

The Nutri Ninja is amazing by the way, I massively recommend it – you make the smoothie using the jug and then switch the bladed attachment for a lid – easy peasy (totally cuts out the mess and the faff of washing up lots of things after you’ve made a smoothie!)

What’s your favourite smoothie recipe? Have you tried Lactofree?