People who know me well would easily be able to guess the answer to my ‘last meal’ or ‘desert island dinner’ etc – pizza, pizza and more pizza.  Pizza is undoubtedly my greatest weakness and my biggest temptation, so it makes sense that it tops my favourite takeaway lists as well as one of my favourite places to go for dinner.  I’m personally a massive fan of Pizza Express, and was super excited when we got one in Christchurch (after missing it a lot when I moved out of Southampton).  For me, they are spot on – good food, great atmosphere, reasonably priced and a great menu.  So when they asked me if I wanted to road test their new Christmas menu, I was there before you could say Romana Padana (one of my favourites to order, kind of a mouthful). 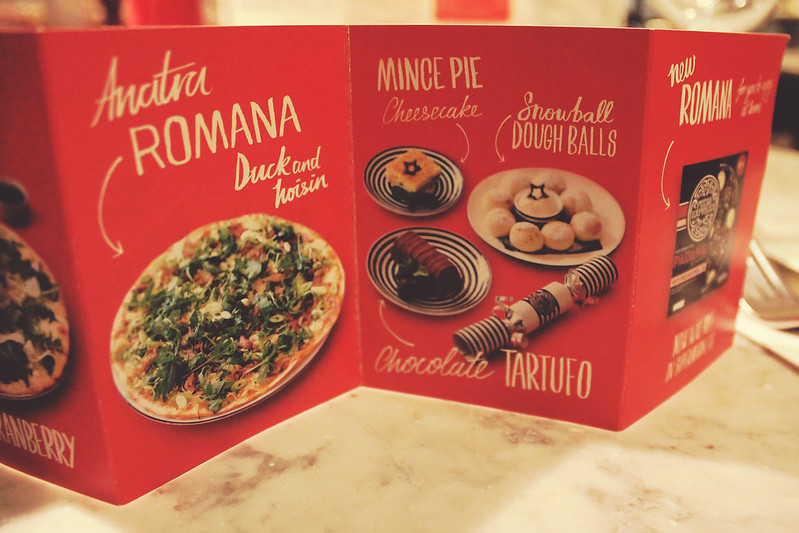 I hopped over to my local restaurant one Wednesday evening along with my friend Kate, and began rather dribbling at the menu as soon as we arrived.  They have a set Christmas menu which starts at £14.95 for two courses and £19.95 for three courses and a glass of prosecco, which I think is blimmin’ good value. 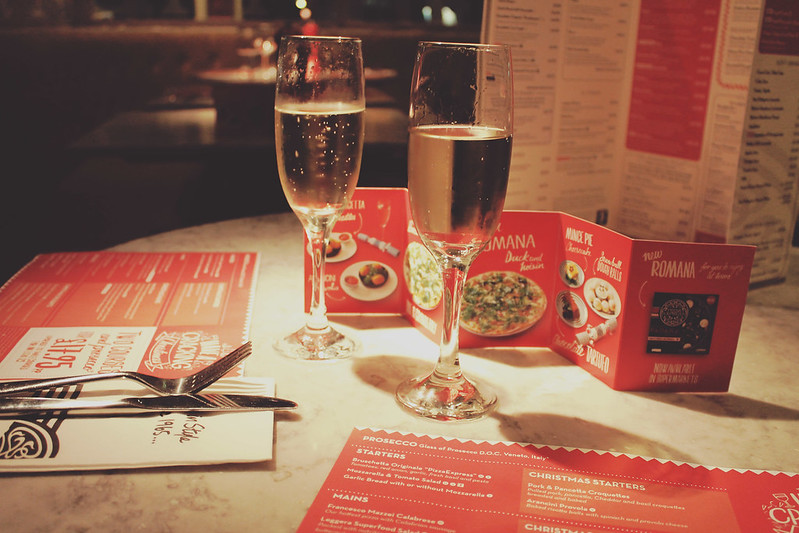 We both tried their Christmas starters – pork and pancetta croquettes and arancini provola (baked risotto balls with spinach and provola cheese).  Both were absolutely delicious – the arancini in particular were incredible (but I’m biased, anything hot and cheesy and I’m usually pretty sold – this really was good though). 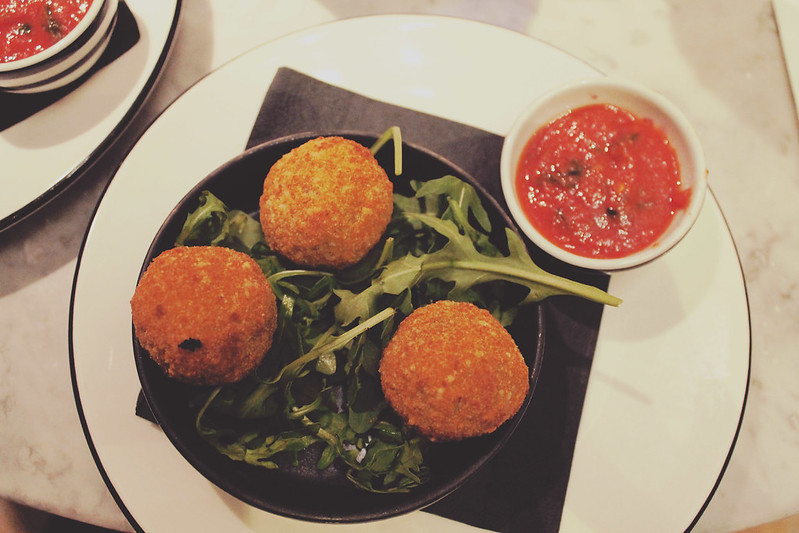 We also tried their ‘Christmas’ pizzas – Kate had the Anatra Romana, which also came highly recommended by the waitress – pulled duck, shredded courgette, red onion and mozzarella on a plum hoisin sauce base.  She made a lot of approving noises whilst eating it and I hear it was every bit as good as the waitress said.  I had the Festiva Romana – brie, leek, pine kernels and mozzarella with garlic oil, rosemary and sage on a bechamel base – it also came with a cranberry dipping sauce! It was like Christmas on a pizza – the rosemary and sage made it taste very festive, I’d definitely take one of these over a Roast Dinner any day.  It was so yummy and I’d order it again without hesitation.  I love the fact that the thinner bases of the Romana pizzas mean you’re not absolutely stuffed full after eating (and there’s room for dessert…) 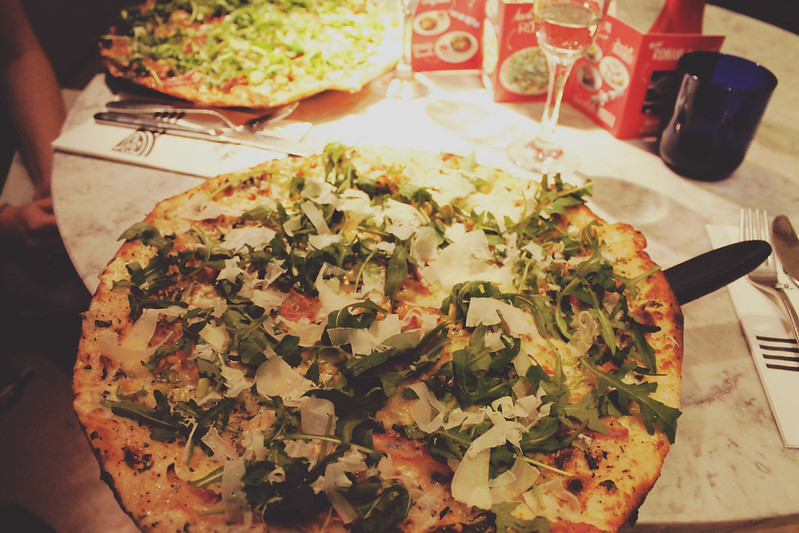 We couldn’t decide between the three desserts on the Christmas menu – chocolate tartufo, mince pie cheesecake and snowball dough balls.  I mean, how could you? So we rather greedily went for all three….

The chocolate tartufo had a praline mousse centre which Kate said was a bit like a Ferrero Rocher in a dessert.  It was so good…. 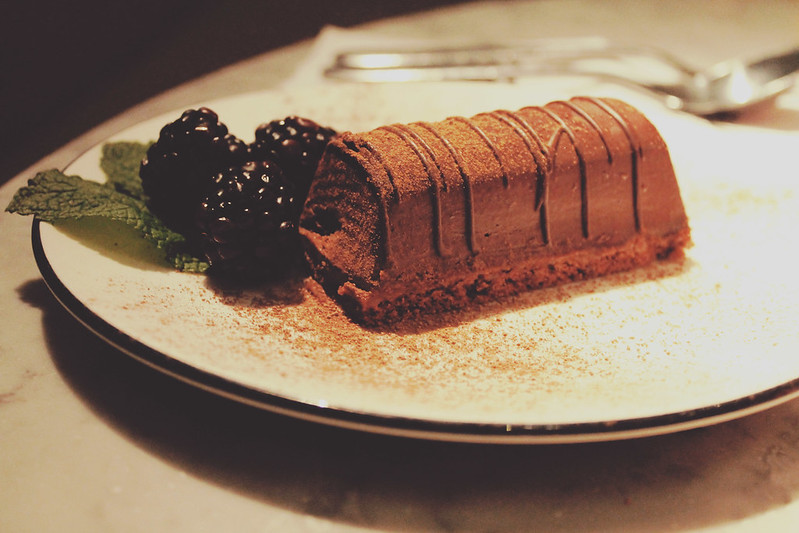 The mince pie cheesecake was also incredible – rum soaked fruit in a clotted cream cheesecake; so creamy and decadent (and disappeared very quickly). 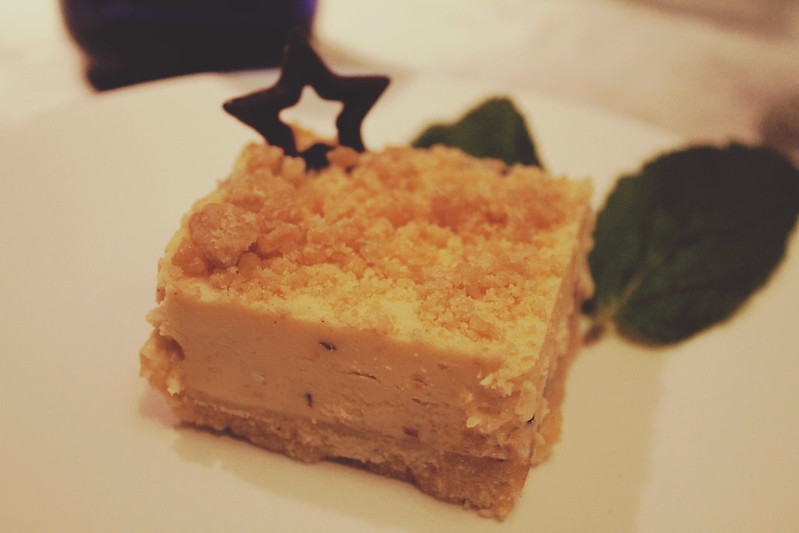 My favourite though was the Snowball Dough Balls – sprinkled with cinnamon and icing sugar and served with a vanilla buttercream dip, they were just like little balls of heaven.  I could eat them again right now, and will definitely be going back for some more! 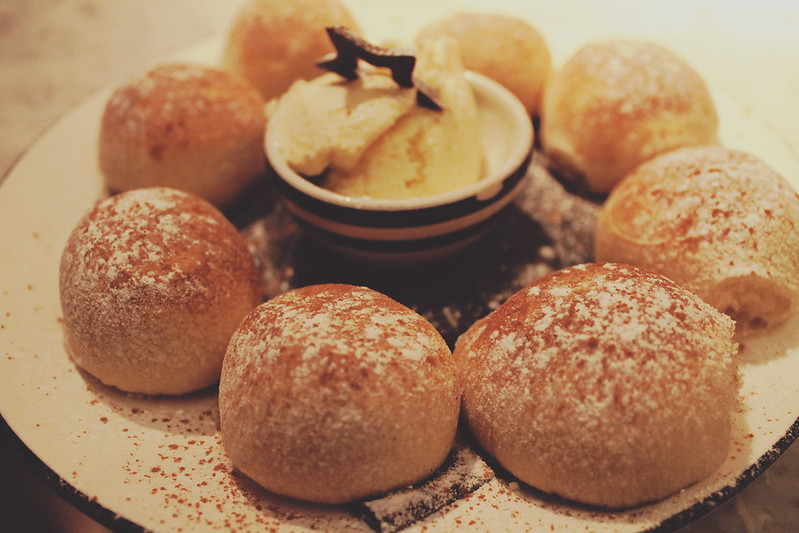 Overall I could not fault the new menu and we had an absolutely perfect evening.  Everything we ate was spot on and the service was great – Pizza Express will always be right at the top of my list for a local dinner out.  What do you think of their new Christmas menu?