So – after 17 days in the USA I am officially back on English soil, and back in familiar territory; sat at the computer with a snoozing puppy under my chair and a mug of peppermint tea brewing beside me.  After the most exciting and amazing trip, I have a camera full of photos (I’ve only downloaded the photos from one of the two cameras I took with me and that has 950 on it – a lot to sort through!), a lot of wonderful memories and a very fuzzy head.  Apparently jetlag is much worse when travelling East as you typically lose time, and I can certainly attest to that after getting three hours sleep last night and trying to force myself to stay awake all day.  It feels somehow like a really bad hangover or several nights’ worth of broken sleep – I’ve basically been a bit of a zombie since I got back on Friday afternoon.  Everything is so much more complicated when you’re a zombie.  Especially unpacking. 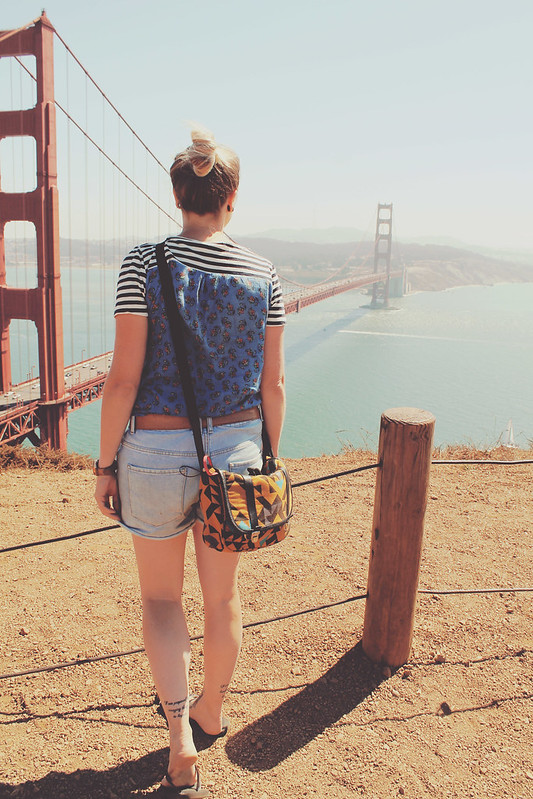 I don’t really know where to start with all of the things I want to share with you now I’m home – of course I want to tell you all about the trip (and I somehow need to cut down the 950 photos…), and I’ve also had some requests for posts about Trek America itself – what to pack and what a Trek is really like.  I didn’t have much room in my suitcase but I’ll definitely be posting about the few things I did manage to bring back (essentially, protein bars, peanut butter and stationery) – and I’ve also bought some Smashbooks so I can do some scrapbooking of the things I collected along the way.  Oh – and – I promised I’d review the books I read whilst I was away too! So much to share and photograph!

Since I’ve come back I’ve also bought some new cookbooks and a sandwich press (I watched Chef on the plane home and if anyone else has seen that film they will know why I now have a hankering for Cuban sandwiches…) and I want to write a bit more about food on my blog too, if you would be interested?  After three weeks of eating lots of burgers, peanut butter M&Ms and Cheetos I am going to have a bit of a detox by embracing clean eating again and avoiding alcohol for a little while, so I’m hoping to find and create lots of healthy recipes that may well pop up on here.  Oh – and the gym near me finally opened so I’ve signed up to lots of yoga classes and will be getting my bum down there as much as possible, so I’ll be continuing my health and fitness updates (spoiler alert: I did not complete my aim of running a 10k before work in August! Quelle surprise.)

Wow – it is very strange to feel a mix of excitement and inspiration upon returning, and yet utter laziness and exhaustion at the same time! Along with all of these plans I also start a new job tomorrow – working for the same organisation I currently do but this time in HR rather than Training. It’s back at our headquarters in Southampton where I used to work which means I swap my lovely 10 minutes a day commute for 1.5 – 2 hours depending on whether I drive or get the train.  But I am also secretly looking forward to being able to walk to the shops at lunchtime – I rarely get an opportunity to go high street shopping at the moment so I can see it being very costly on the bank balance (that’s if I have any money left over after buying train tickets, season tickets are megabucks!)

SO – basically just a quick post to say I’m back – *waves tiredly through squinty sleep-deprived eyes* and I’m excited to be blogging and blog-reading again after my little break!