I think most girls (and probably boys too, even if they pretend not to) remember their first teddy.

The comfort of having a stuffed bear under your arm, to nuzzle into and clutch closely at night, is one that’s difficult to forget.  Some people still keep their childhood teddy bear – in a loft, at their parents house perhaps – or many bears sadly just get lost or given away along the way, left on a bus or a plane, packed into a charity shop bag or passed down to another child or a child of your own.

Being the sentimental type (and someone who is anxious about losing things), most of my childhood teddies (and new ones I’ve picked up along the way) still live in my bedroom.  So, when John Lewis launched their ‘Your toy story‘ campaign focussing on retro toys, and asked me to write about my teddy bear – I didn’t have to look far. 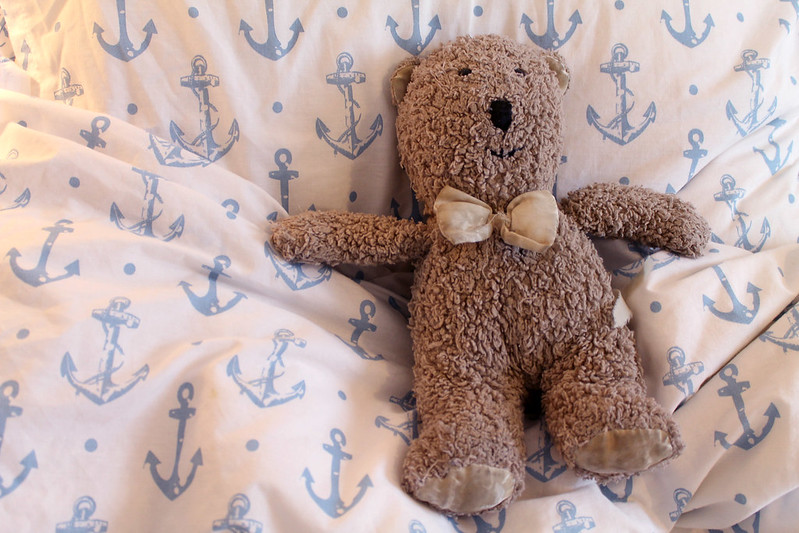 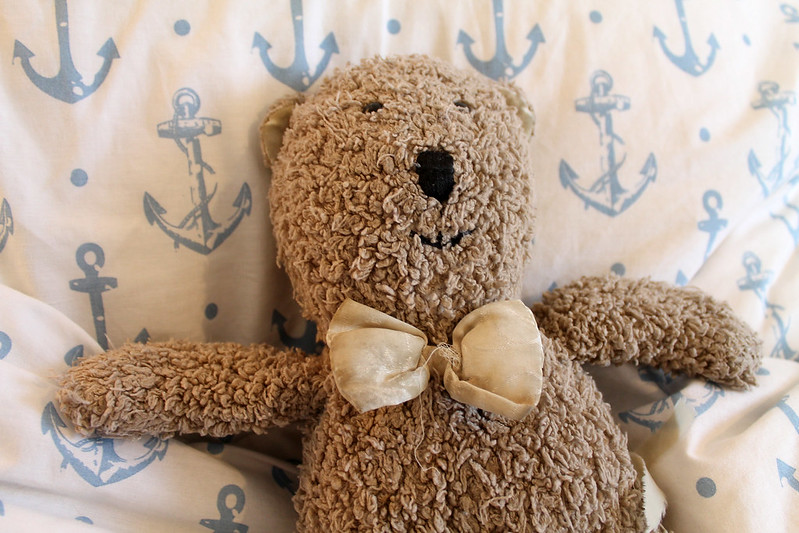 The imaginatively named ‘Teddy’ came from Boots, and I think was bought by my Grannie.  He has a really retro and rather frayed Boots label stitched in his side.  I didn’t have Teddy from being a baby but I do remember having him fondly as a child – the best thing about Teddy is he’s so squishy so you really can give him a very enthusiastic hug.  I also love his facial expression, he looks vaguely surprised and excited all at the same time. 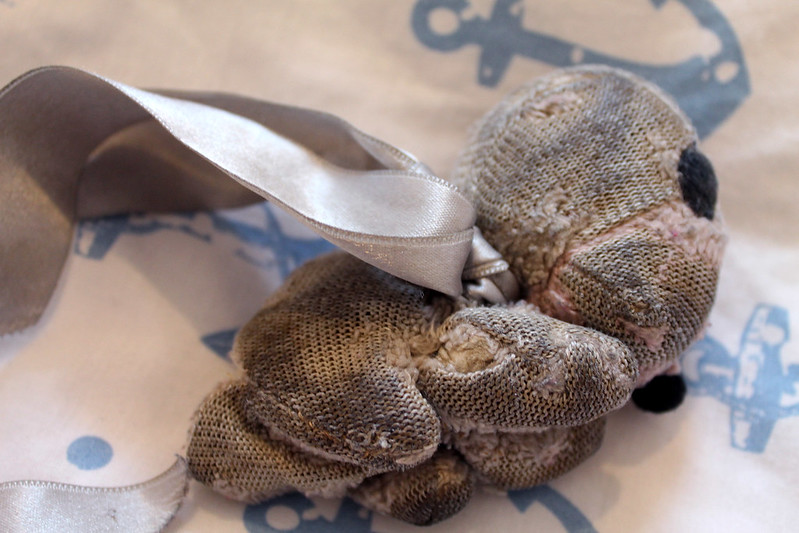 Now, Doggy I have had for all of my life – he was given to me by my Grannie on the day after I was born, so his birthday is the day after mine and he is 30 years old! I realise he really is very worse for wear and has lost all of his fur, his ears, his tail, and quite a lot of his stuffing.  He has always had a ribbon around his neck that I ‘twiddle’ between my fingers or used to rub on my lips as a child.  Once I was put under general anaesthetic as a child at hospital and the only way they could bring me out of it was by rubbing Doggy’s ribbon on my face! I don’t care how ‘sad’ it makes me, he still sleeps in my bed most nights! 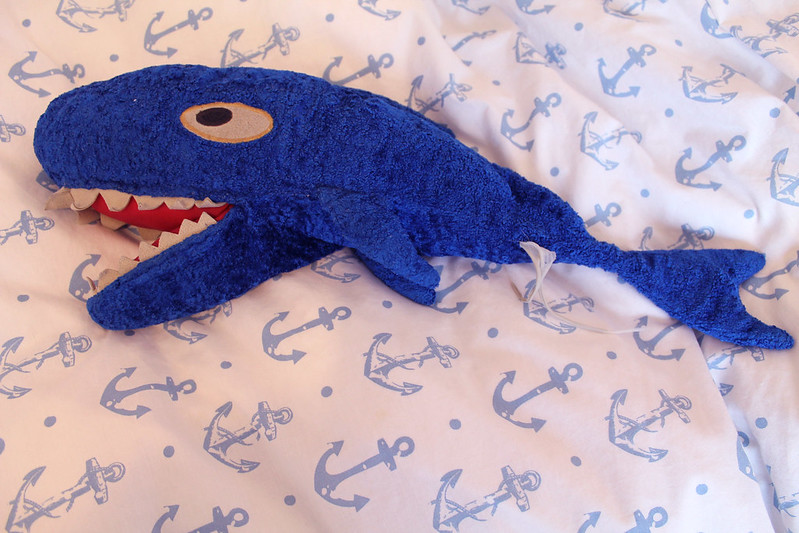 Frank the shark was bought from Ikea about six or seven years ago.  His face really made me smile and I had to bring him home! I once wrote a children’s story about Frank the shark – it was about how Frank didn’t have any friends because all of the other fish are scared of him.  But he’s not scary really, he has a really silly face I think! Tom has kind of adopted Frank the shark and he usually sleeps on his side of the bed – shhhhh! 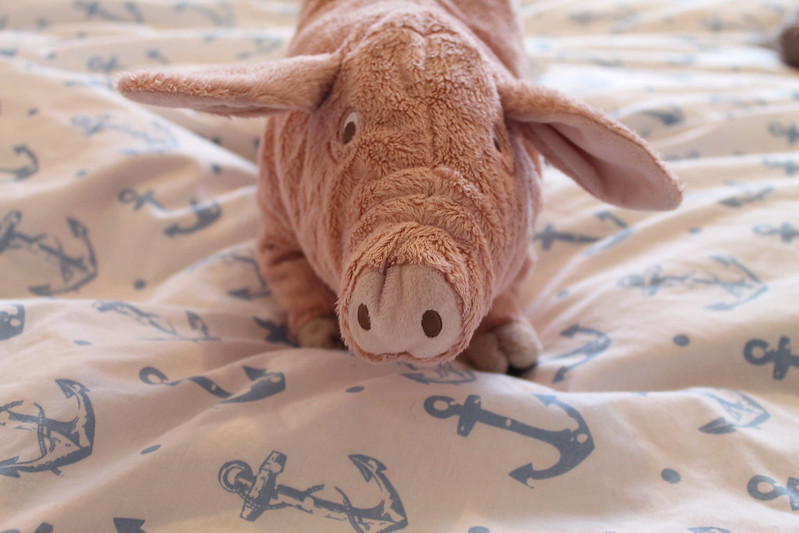 Lewis Pigloo, or just Pigloo for short, is the most recent addition and was bought a couple of months ago, also from Ikea.  Again, I was drawn to his funny face! He is super squishy and a good hugger!

Do you still have your childhood teddy?