I initially made this another one of my Life Lately posts, however I’ve seen so many ‘Life lately’ posts recently that I’m beginning to wonder if I copied the title from someone else or if it’s just a good title for a ‘what I’ve been up to’ post.  Ah well, as they say – give generously, steal ruthlessly (or something).  At least this way I can’t look like I’m being a big fat copier (although there are so many bloggers called Rosie that it may well be the case!)

But I digress – here is another post about some things I’ve been up to.

001. On Monday I went to see my friend Carlie in Southampton.  She has a new kitten – Cupcake. Cupcake took great interest in my Filofax and was playing with the button closure.  She is too cute, apart from when she scaled my leg to try and get at my dinner – not used to tiny kitten claws! 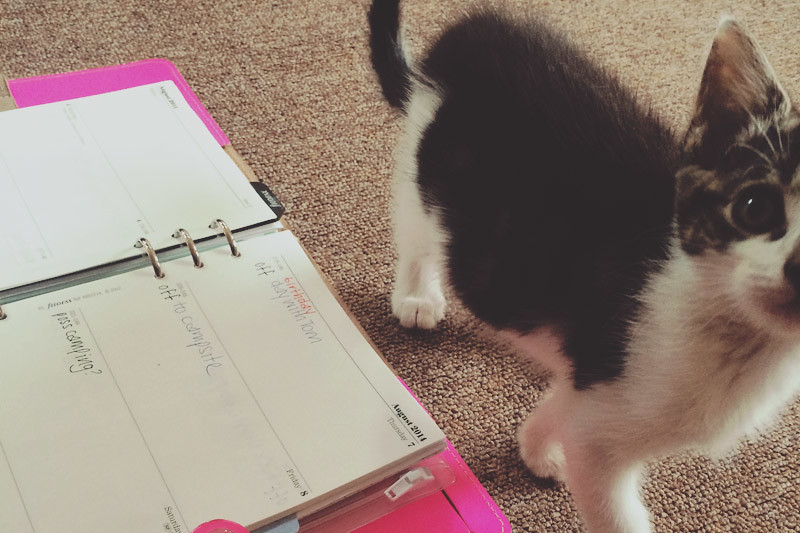 002. As usual Bodhi is being a complete sweetheart at the moment, I just want to squeeze him all the time! The other day I was lying in bed reading when it occurred to me that I hadn’t seen him for a little while.  I called his name and this very sleepy face appeared from the bottom of the bed, didn’t even realise he’d been snoozing at my feet! 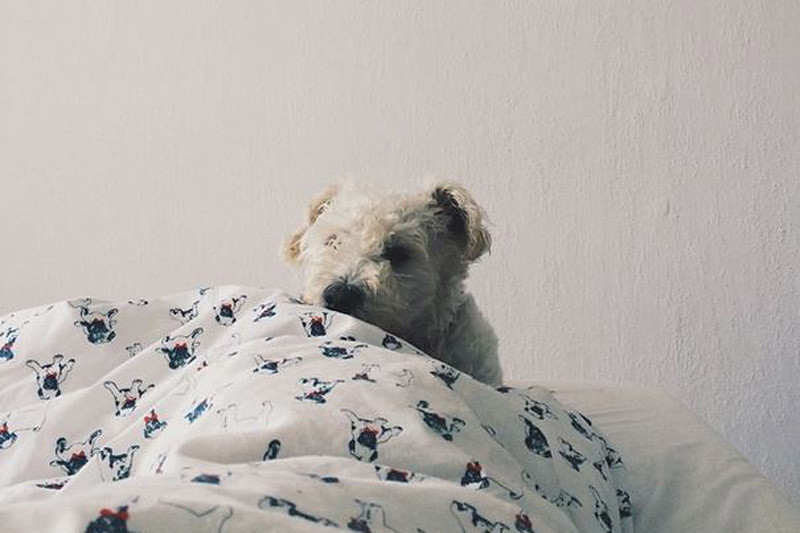 003. Our garden still needs a lot of work (we tidied it up when we moved in but all the weeds grew back and it’s got overgrown and messy again!) but even though it’s overgrown I still love being out there.  There are huge grasses that have grown in the raised beds but even though they’re technically weeds, the way they move in the wind when it’s breezy is really beautiful.  The lavender is my favourite though, we have some in pots and I just think it’s so pretty (not to mention it smells lovely, of course). 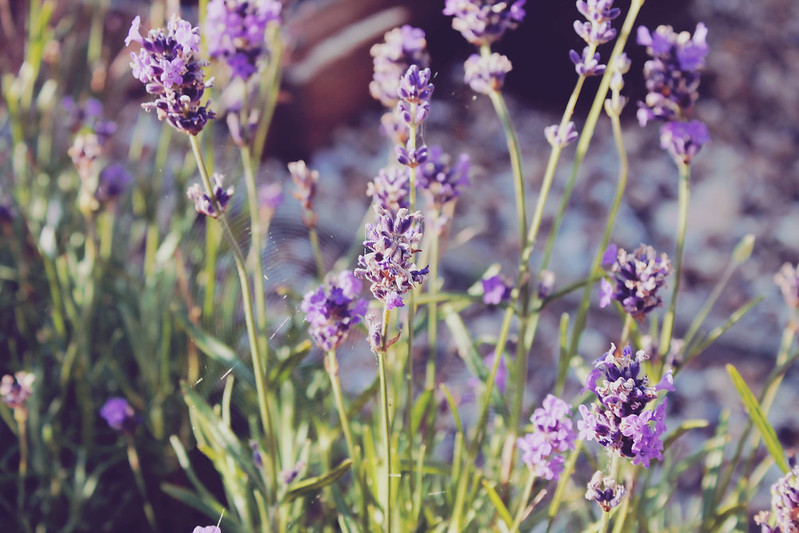 004. I got a little package from Love Aroma last week – they even used scented packaging which I was very impressed by! They have some amazing scented candles, I can’t wait to show you what’s inside, I just wish they’d hurry up and invent smell-a-vision for the internet! 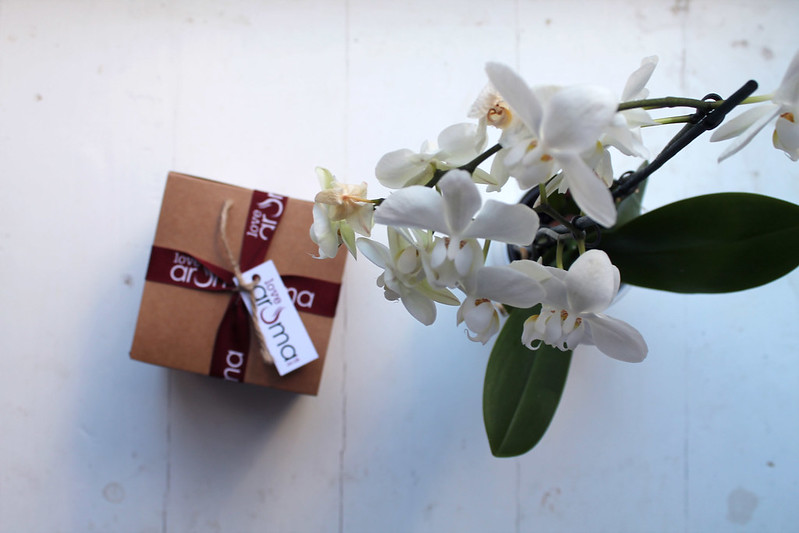 005. I officially have a Bounce balls addiction.  Bounce balls are healthy balls of yumminess packed with nutritious ingredients – many of them also have a protein hit and energy boosting qualities too.  The Peanut ones are my favourite, I may or may not have ordered another 10 of those ones from Holland and Barett (okay, I did). 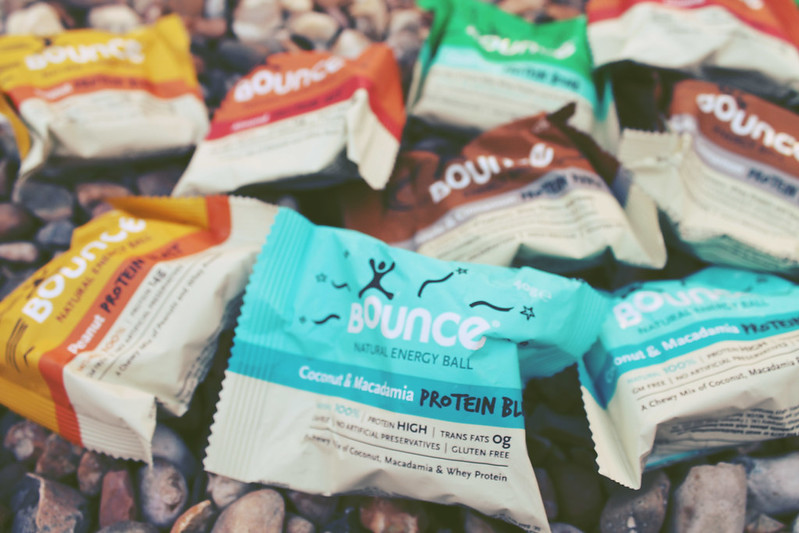 006. Last week Tom and I went for a date night to The Noisy Lobster at Avon Beach, near Highcliffe.  It was such a beautiful evening that we decided to make the most of the weather and go for an early dinner – you can see from the first photo that their ‘conservatory’ area of the restaurant looks out onto the seafront, it’s so nice being able to eat dinner and enjoy those sea views!  Tom had mussels and then a burger, and I had pulled pork croquettes and then fish and chips.  I had to have a lie down when I got home, I cannot handle two big courses and a pint of cider! The food was amazing though. 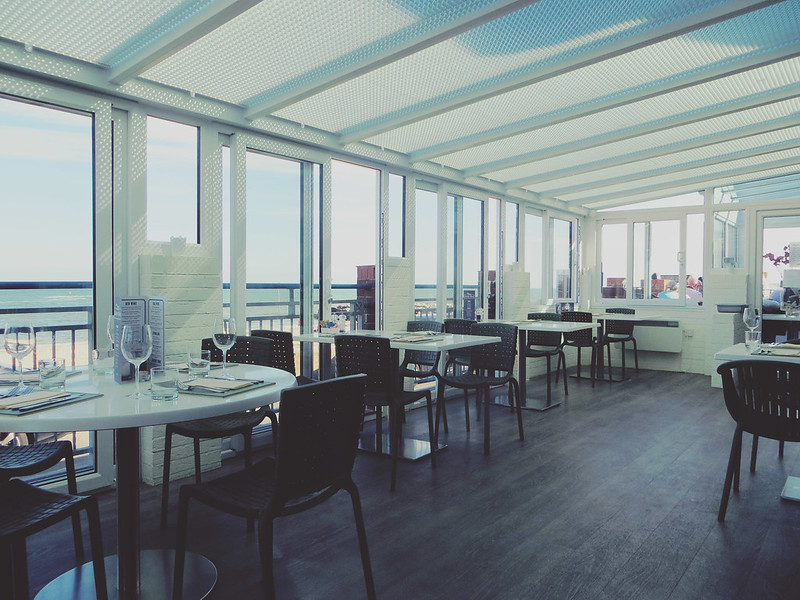 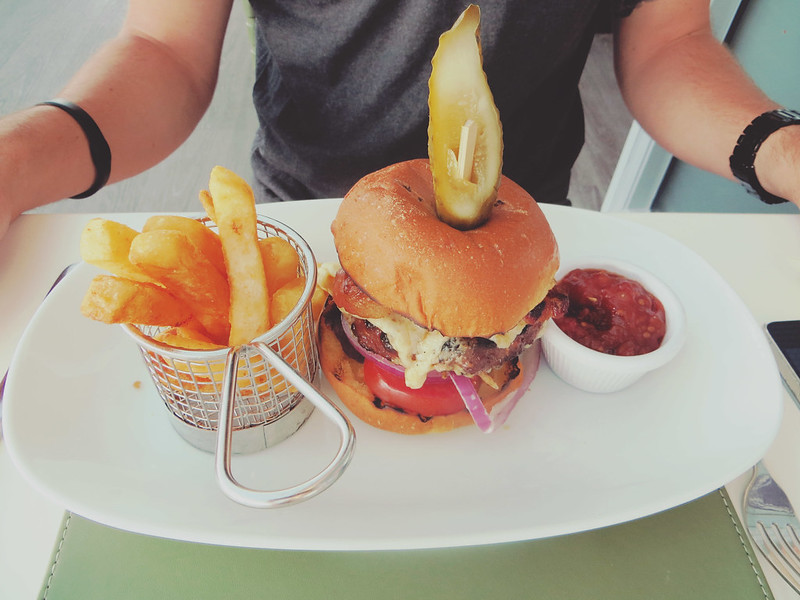 007. I’ve started having another mega eBay and charity shop clearout – I’ve shipped another couple of bags of clothes off to the charity shop and put a few things on eBay – there’s still loads more to go though before I feel more clutter-free!  I tend to squirrel things away into lots of different places so it doesn’t feel like so much and then I realise the scale of quite how much I own.

My shoes, for example, live in four different locations – a rather overburdened shoe rack, two wardrobes and a cupboard.  In the photos below there’s probably about 70 pairs of shoes, which is shameful enough if I didn’t also reveal that to the right of the first photo there’s a tower of shoeboxes that contain more shoes, there’s about five further pairs under my desk and on the stairs, and there’s another box in a wardrobe of pairs I don’t wear.  I probably own 100 pairs of shoes! I think I need to either get rid of some or find some more comprehensive shoe storage. Maybe I could have a room for my shoes like Mariah Carey… Even with this roundup I’ve still got lots to share with you – I have so many photos of my weekend at my parents’ last weekend (and our amazing Burgercue) that I can’t squeeze them into this post.  There’s also the surprise blogging event I went on last week which turned out to be rockclimbing! Such a busy time at the moment but it’s nice as it means I have loads to share.