A couple of weeks
ago, I was invited to Gunwharf Quays, an outlet shopping village in Portsmouth, for
their ‘Treat Yourself’ event – a night of amazing discounts, pampering and
treats for shoppers in association with Glamour.com. 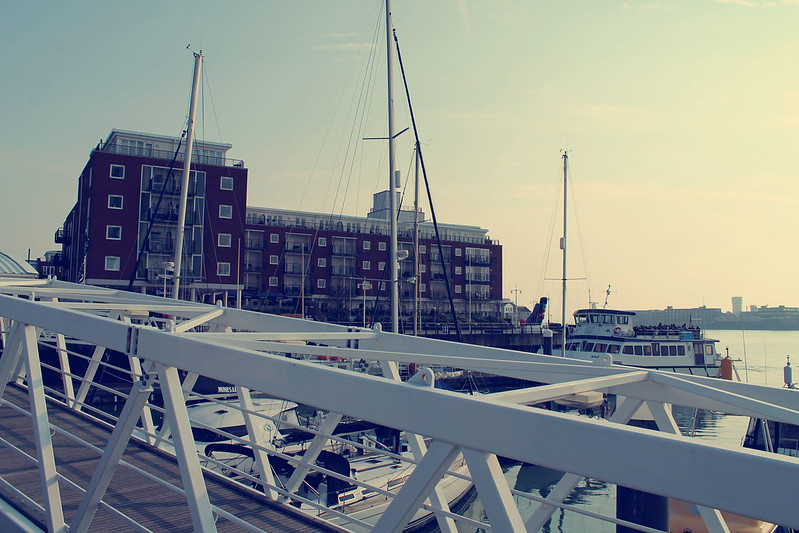 As well as the
event for members of the public, which spanned the whole area of the outlet,
with treat stations and red carpets dotted around Gunwharf’s beautiful harbourside
location, there was also a blogger event in Las Iguanas prior to the shopping
evening kicking off. 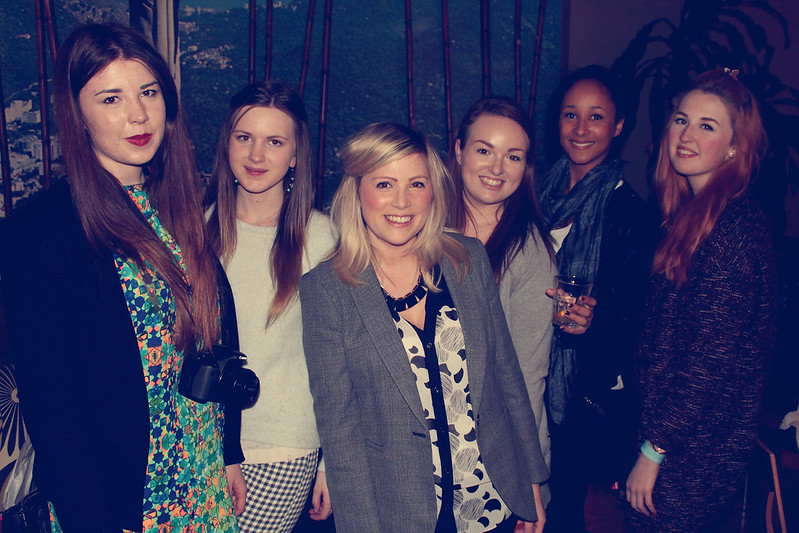 We gathered in
the Mexican restaurant for cocktails and a preview of some of the star items on
sale that evening.  There were also bags
and accessories that had been featured in the S/S launch advert for Gunwharf,
and of course we were able to see the advert and get a sneak peek at some
behind-the-scenes footage.  As well as
lots of lovely bloggers, Michelle Kelly, the stylist from the advert shoot was
there to talk about styling for the advert and the key S/S pieces that were
used from stores around the outlet.  I
had a really interesting chat with Michelle, and I must admit I did pick her
brains about what celebs she’d styled – Pixie Lott, Tulisa for her last X
Factor series and that week, the Made in Chelsea gang, to name a few! It was
fascinating getting an insight into the life of a top stylist. 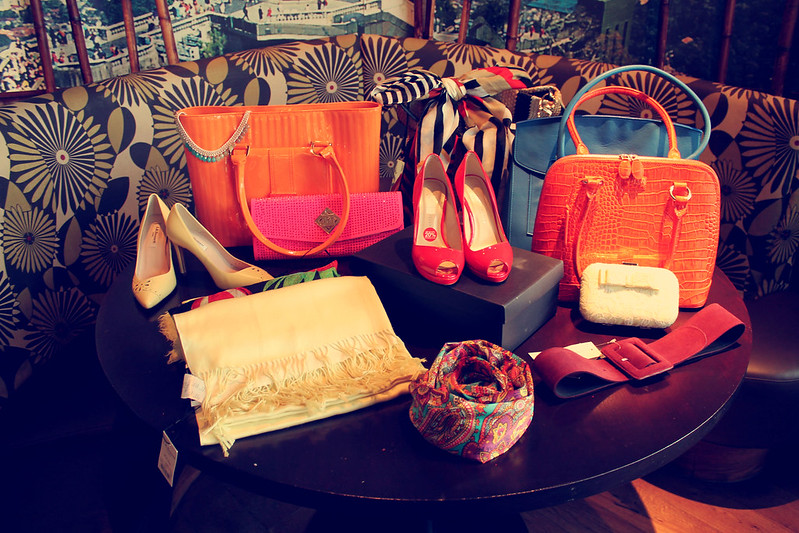 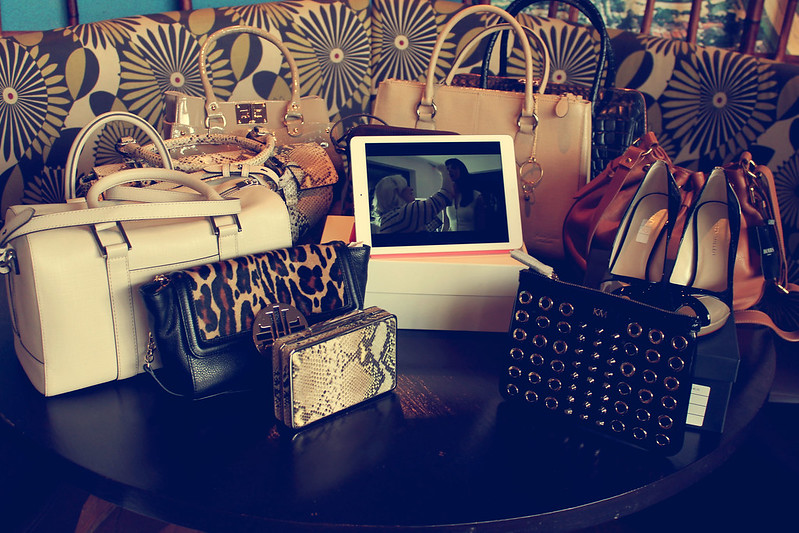 After digging
into various yummy Mexican goodies we then all dispersed and went off shopping,
in search of some bargains and some treats!
I was running the Gunwharf Quays Twitter for the evening so I went
snapping some of the treat stations, and their ‘Handbag Bingo’ where you picked
a number from a tombola and had the chance to win a handbag. 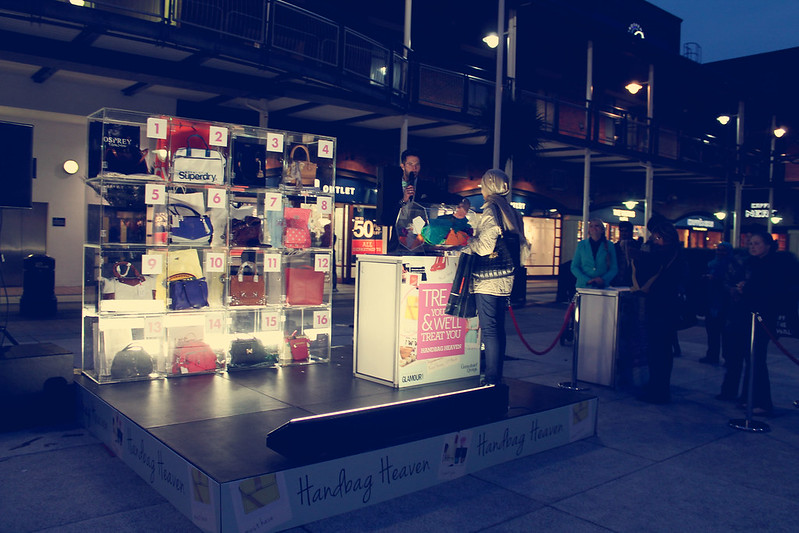 I had a Gunwharf
Quays gift voucher and found lots of items around the outlet to tempt me into
spending; there were some lovely dresses and light jackets in Jack Wills, some
beautiful bright colours on show in Ted Baker, some great cosmetics and
skincare deals in The Cosmetics Company and some rather tempting shoes in LK
Bennett and Kurt Geiger.  In the end,
rather boringly, I opted for some skincare bits in Boots that I’d had my eye
for some time, and some running leggings from Nike.  I know that is not exactly in keeping with
the theme of Spring fashion, but I had a 10k race that Sunday and needed some capri-length
running tights to keep cool on the run!

As I mooched
around, there was so much going on – most shops had either a special discount,
or something on offer for shoppers, from champagne in Karen Millen, cake in
Cath Kidston to manicures in Crabtree and Evelyn.  It was lovely to feel really pampered and to
be treated to fizz whilst you’re shopping – now that’s something stores should
embrace more regularly! 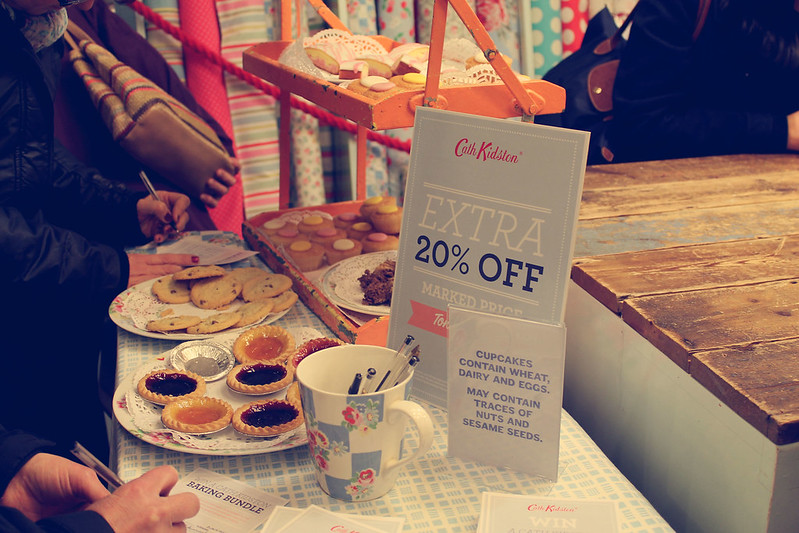 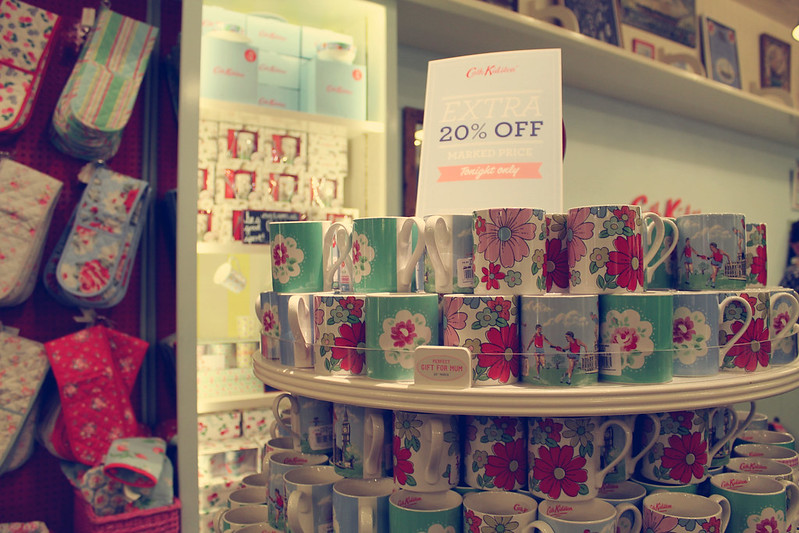 Overall the event
was a huge success and the outlet was really busy with people snapping up bargains and
getting involved in the treat stations.
I had a brilliant time and it was great to see some familiar faces and
meet some new ones at the blogger event.
A huge thanks to Grayling PR for inviting me, and to Gunwharf Quays for
letting me hijack their Twitter account!