As you might have seen on my blog previously, a few months ago I was selected to be an Oven Pride blogger, meaning we get set all kinds of fun challenges in the kitchen (and have a handy tool to keep the oven sparkly clean afterwards!)

This month’s challenge was one involving veggies.  We were kindly given a £50 Abel and Cole voucher and asked to whip up some recipes revolving around the vegetables we ordered.  I’m a big Abel and Cole fan and we frequently order their boxes as well as their yummy food.  We ordered a veg box as well as some other ingredients and waited to see what turned up.

Along with lots of other veggies like broccoli and cabbage, we received leeks and potatoes, as well as a fish pie mix we’d ordered, giving us the perfect excuse to make the potato topped fish pie recipe in Tom’s favourite Pie Minister ‘A Pie For All Seasons‘ book.  In the book it’s described as “A simple creamy fish pie topped with crisp potato and delicately flavoured with cider, herbs and mustard, prepared and served in a frying pan.“ Sounds pretty delish right? We got together our ingredients and got stuck in. Instead of the fish it recommends, we bought the Abel and Cole Fish Pie Mix. 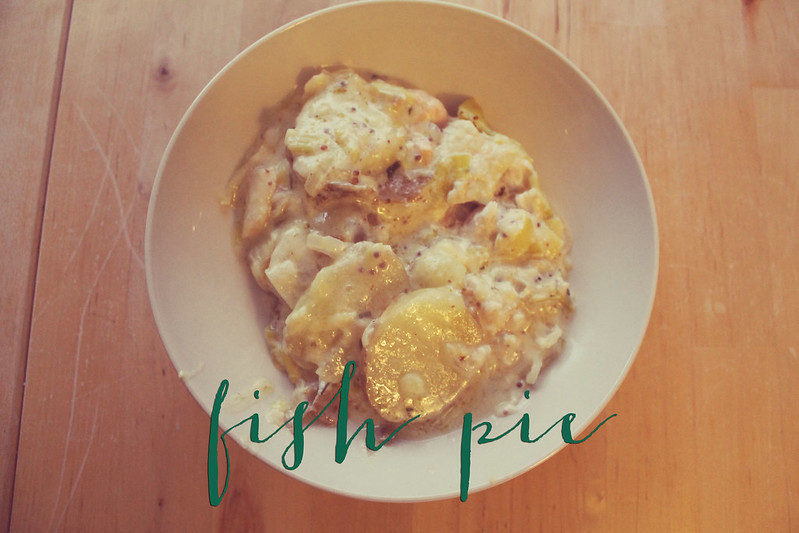 Cook the potatoes in boiling salted water until tender, then drain and leave until cool enough to handle. Cut into fairly thick slices and set aside. Preheat the oven to 180°C/350°F/ gas mark 4.

Melt the butter in a large, metal-handled frying pan (if you don’t have one, use any frying pan and transfer the entire mixture to a shallow ovenproof dish before putting it in the oven). Add the shallots, leeks and garlic and cook gently until soft. Stir in the flour, cook for a minute, then gradually pour in the cider, stirring constantly. Bring to a simmer and cook gently for about 5 minutes. Stir in the mustard and cream and season to taste. Remove from the heat and add the fish, stirring gently to coat it in the sauce.

Put the sliced potatoes in a bowl, add the thyme or rosemary and drizzle with olive oil. Toss until the potatoes are evenly coated in the oil, then season with salt and pepper. Lay the potatoes over the fish mixture and scatter the Cheddar on top. 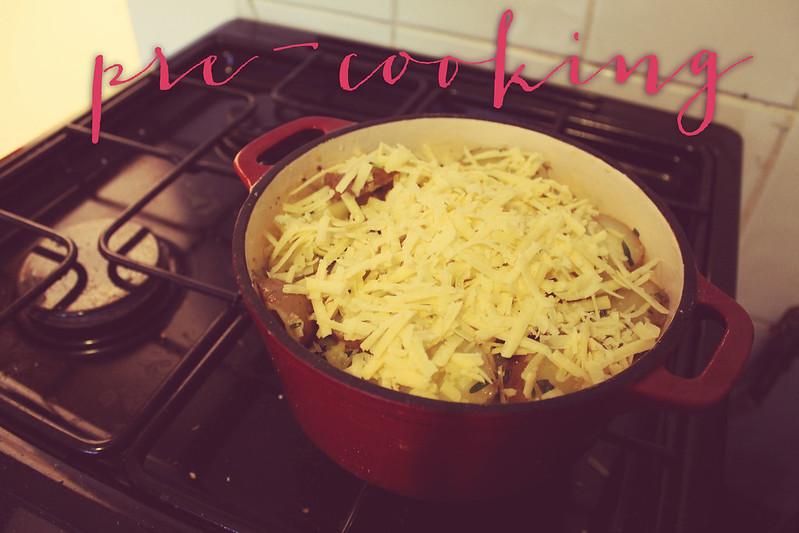 Place in the oven and bake for about 30 minutes, until the topping is nicely browned. Goes really well with samphire that has been lightly steamed and tossed in butter, or with a herb salad. And a big glass of fizzy cider. 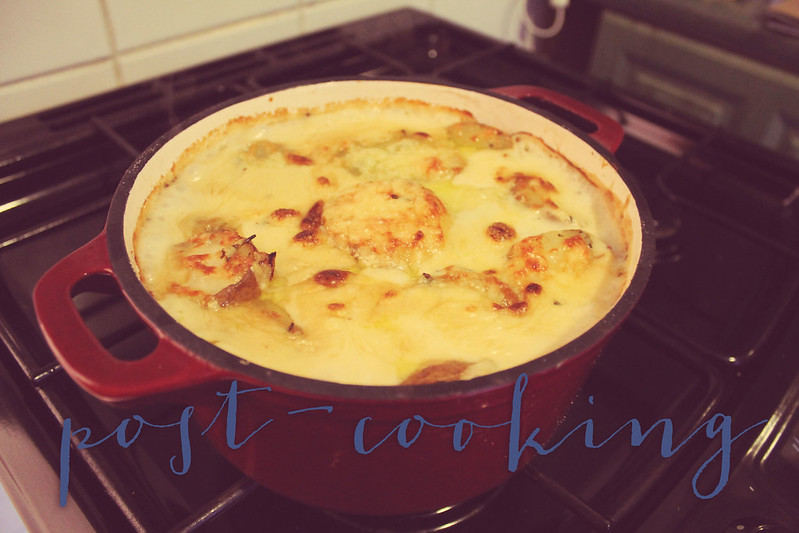 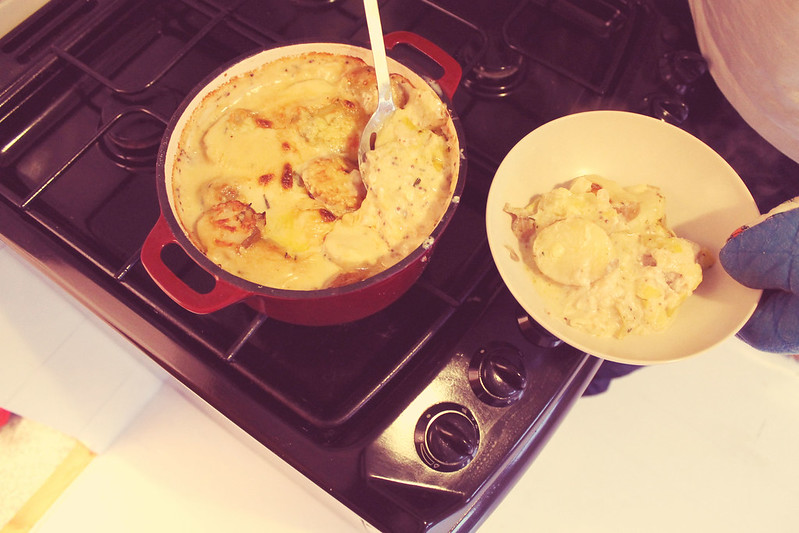 The fish pie was absolutely delicious and the potatoes and leeks were a great addition!

A big thankyou to Oven Pride for such a fun challenge, I’ll also be using some more ingredients from Abel and Cole to make a recipe for their blog, so keep an eye out for that!