Tom is someone who deliberately eschews anything fashionable.  In fact, he has been known to ask if things are trendy before making a decision as to whether he likes it. “Short sleeved, patterned shirts?,” he will say. “Isn’t everyone wearing them at the moment? They’re not for me.”  Tom knows what he likes, and what he likes is hoodies, surf-brand t-shirts, chinos, plaid shirts and skate shoes.

So it was not without some surprise from me when he casually exclaimed the other day that he’d like a pair of sheepskin boots.  In answer to my raised eyebrow, Tom explained that sheepskin boots were originally designed for surfers in the 1960s, a utility boot designed for warmth when you came out from surfing.  They originated in Australia and were brought over here when local surfers returned from surfing competitions down under.  They were worn by surfers up until the late 1990s when they emerged as a fashion trend in the US.

Now personally, I can’t imagine much worse than getting up at 5am (as Tom sometimes does) in sub-zero temperatures, in the rain, and going in the sea ensconded only in a layer of neoprene.  But surfing is like an addiction to Tom, and I no longer question his motivations (or his sanity!) However, I can imagine, that coming back in from the water after swimming around in it for a few hours, it must be pretty awesome to sink your toes into some warm sheepskin boots.

So, when Just Sheepskin got in touch to see if I wanted to try their sheepskin boots out for size, I knew a man with slightly bigger feet who might be an ideal candidate.  They arrived at work a few days later and I brought them into our team meeting (Tom and I work together) and Tom spent the rest of the team meeting wearing them (as well as doing a little dance when they arrived, so happy was he).  Observations from the rest of the team were that the sheepskin boots were surprisingly ‘manly’ – a couple of people said they looked just liked rigger boots but fleece lined, and not ‘feminine’ like some of the other boot brands male versions.

Tom has barely taken the boots off since and it’s the first thing he puts on when he gets home from work.  He is over the moon with them and they certainly make his post-surf journeys home a lot more comfortable (as well as making lots of his surfer friends jealous!)

With their origin in mind, what better place to photograph these beautiful boots than on the beach in the morning… 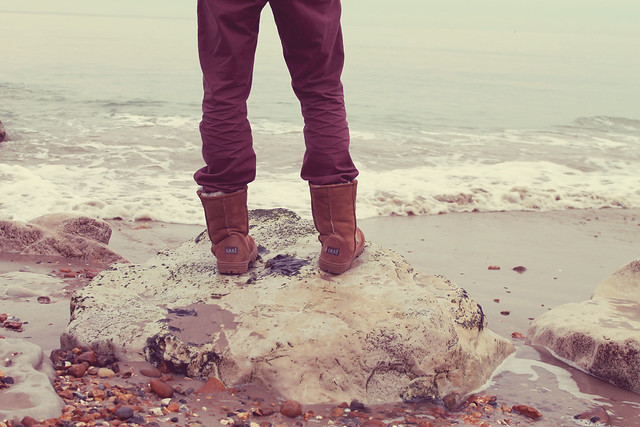 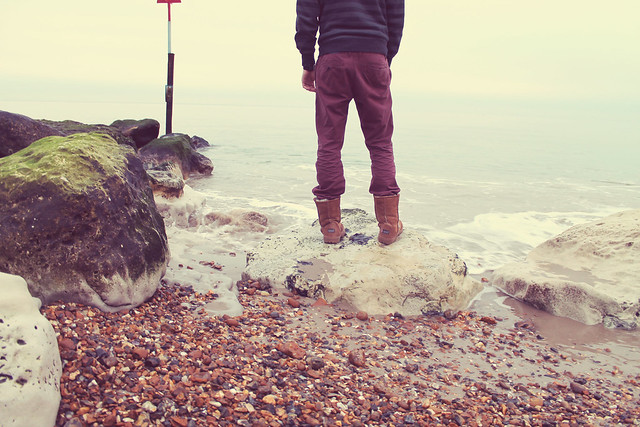 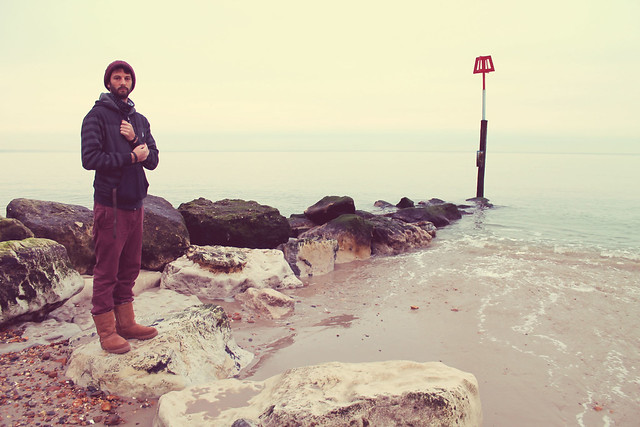 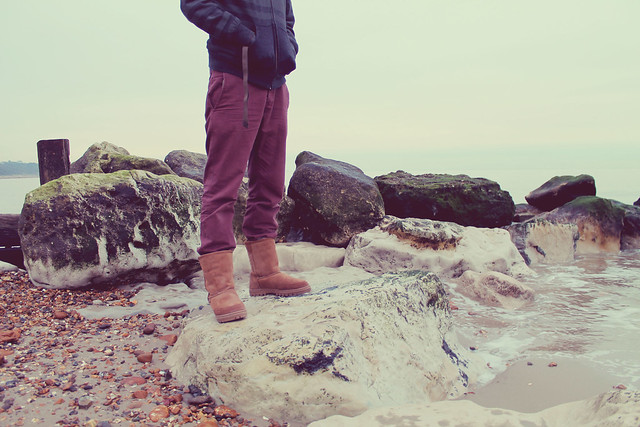 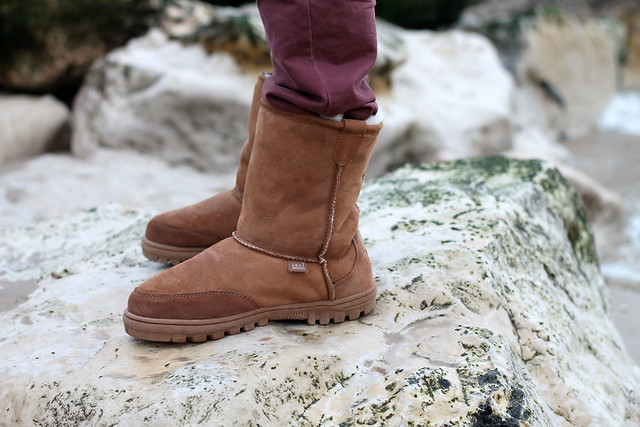 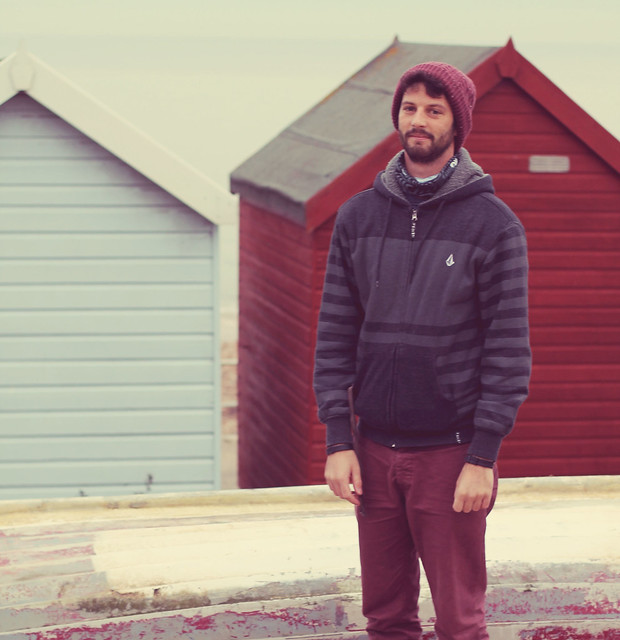 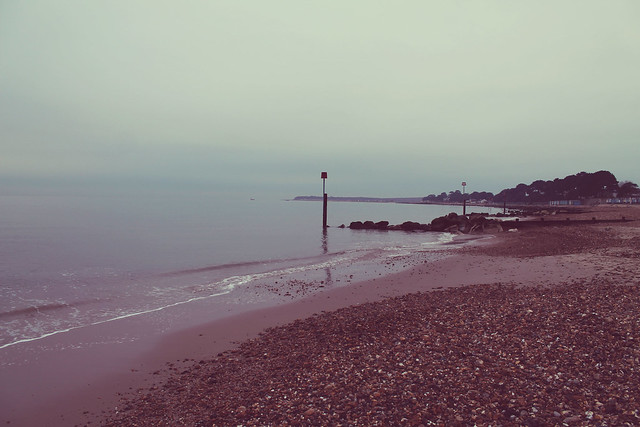 Those overcast skies and the chilly temperatures are certainly befitting of the cosy footwear being photographed.  This is Highcliffe beach and we took them just before we went into work – the beach is directly in front of our offices (and is a beautiful place to eat lunch in the summer!)

Do you own any sheepskin boots? What do you think of the men’s versions?