Life has been all over the place lately; somehow it always seems to happen that whenever I go through busy periods at work it’s also a busy time at home/socially and blogging is inevitably the first thing to slip. In the last two weeks I think I’ve only turned on the computer a handful of times and work has been so busy I’ve not been able to keep up on my emails on my lunchbreak (what lunchbreak?) Coupled with the fact that I work in a phone signal black hole where all social media is blocked and I have about as much chance of getting a 3G signal as I have finding a golden egg nestling amongst the trees, it’s fair to say I’ve been feeling a little off-grid.

Things are not really likely to change, as we don’t have a free weekend until sometime in November and I’m away due to a mixture of holidays, meetings and courses for two weeks in the middle of October, but hey-ho.  Blogging is my main hobby and I desperately don’t want to let it slip so I will be snatching hours here and there as best I can!

This playsuit is one of three little treats sent to me by the completely awesome SHOWPO.  They are based in Australia and their range of clothes are super fun and unique; I had an absolute field day choosing some things from their website as they have so many nice clothes.  I love that you won’t see anyone else wearing them either! They have an absolutely bargainous $15/£8 shipping fee which is really reasonable for something travelling from the other side of the world!  It came so quickly too which I was really impressed with.  I was worried this playsuit would be a summer-only item but it definitely has tights and boots potential I feel.  What do you think? 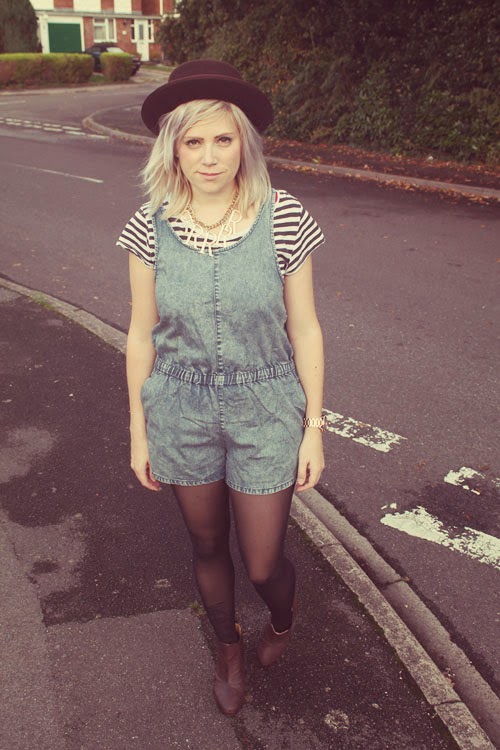 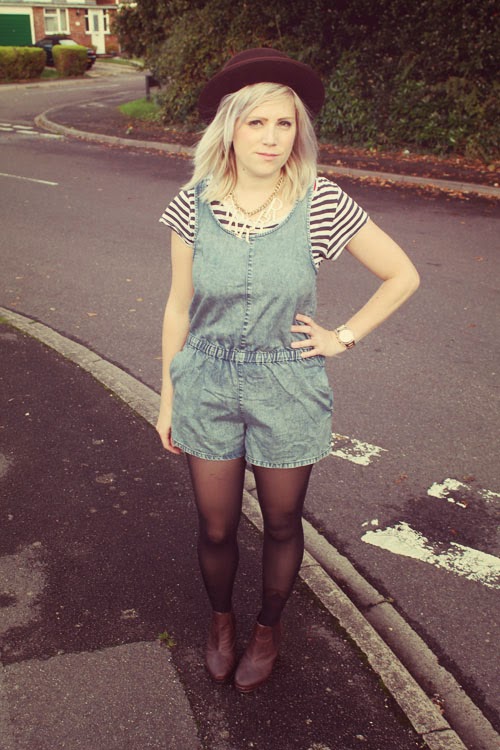 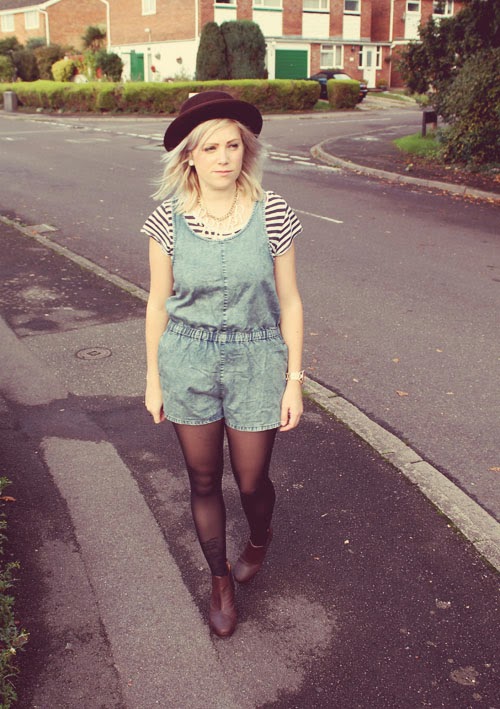 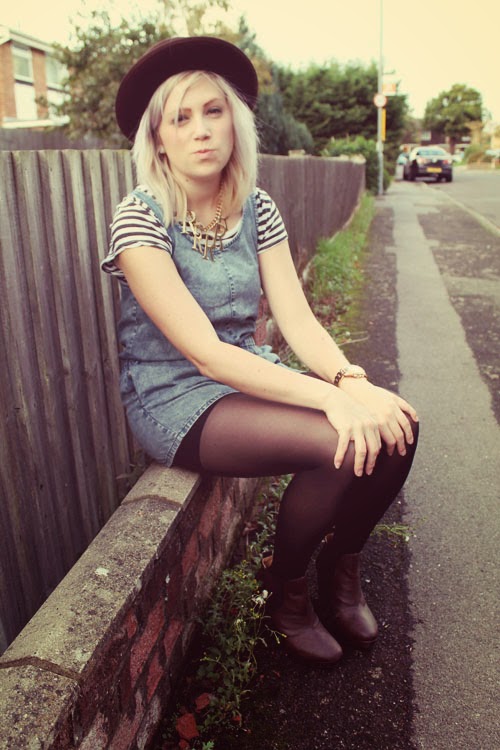 I can’t believe that less than a month ago I was wearing it without tights or a top underneath, the weather has changed so quickly!

I’m so glad it’s nearly the weekend I must say; I’m so looking forward to catching up on sleep and having some chill time. Tonight has been a bit of a shopping trip followed by a Nando’s and to be honest I’m so full I’m feeling like a little snooze might need to happen….