So much has happened since the rather rainy Wednesday morning that we set off for Herefordshire that I hardly know where to begin.  The last two weeks have been a whirlwind of celebrations, car journeys, champagne, hotels and suitcases, so much so that as I sit here looking through these photographs it almost feels like a lifetime ago – or at least a few months (must stop being so dramatic).

But back to that Wednesday.  We left in the morning, bound for our yurt in the Herefordshire countryside, just on the border to Wales in the Brecon Beacons.  We actually stopped in Bath for lunch to fill up on fishfinger sandwiches from Bill’s and pick up some Lush treats and some supplies.  We were driving through wind and heavy rain for much of the journey but as we wound through the country lanes, climbing up into hills to reach the farm where the yurt is based, the sunlight began streaming through the trees, and rain gave way to blue skies. 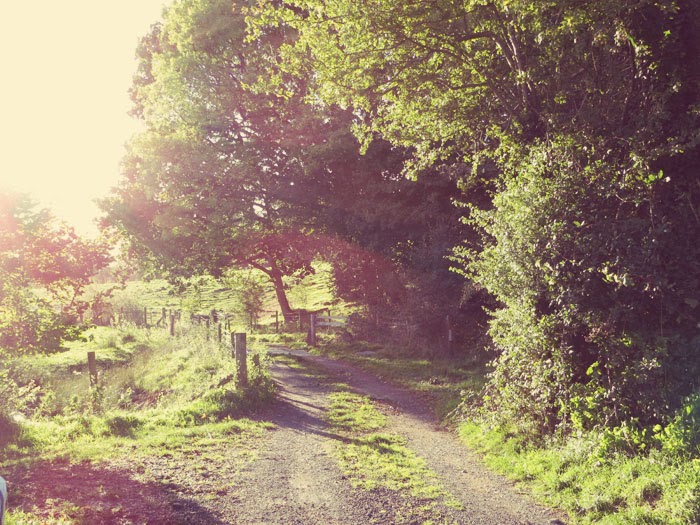 As we parked up and hopped out we met the welcoming committee (Moll), who let us down to our yurt. (By the way, the yurt is called Mimi’s Tree Yurt if you’re looking for a similar holiday!) 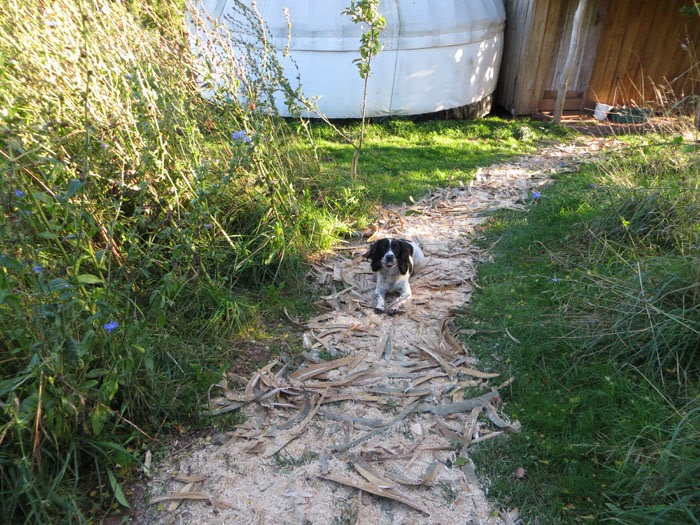 The setting was breathtaking – long grass swaying in the wind, beautiful blue flowers poking up through the throng of greenery, autumnal sunshine dappling the hills and nothing but trees and fields as far as the eye could see.  And our yurt, nestled in the middle of it all. 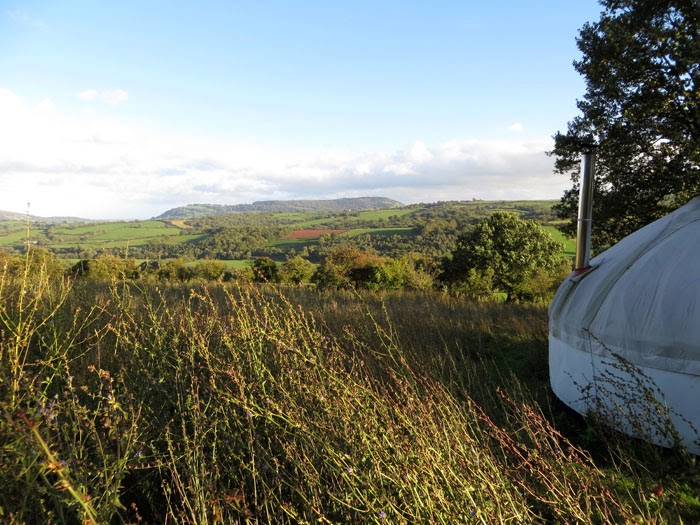 We let ourselves in and found that the interior was just as stunning.  A wooden kitchen complete with panoramic window with those wonderful views (certainly made washing up more enjoyable!) 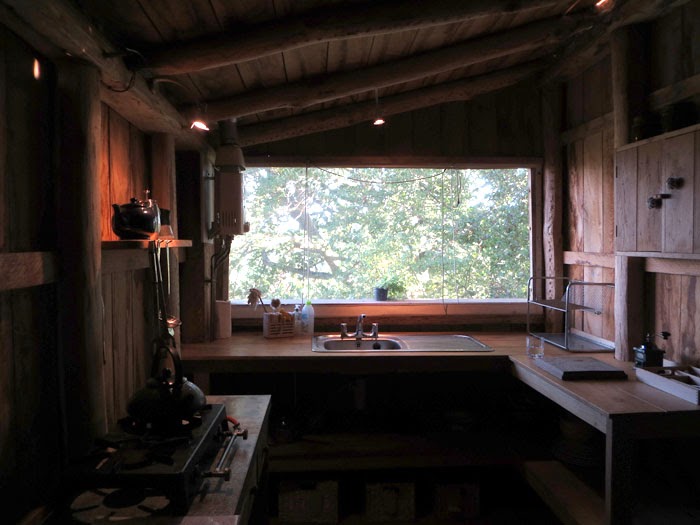 Adjoined to the kitchen, an outdoor shower with a canopy of trees. 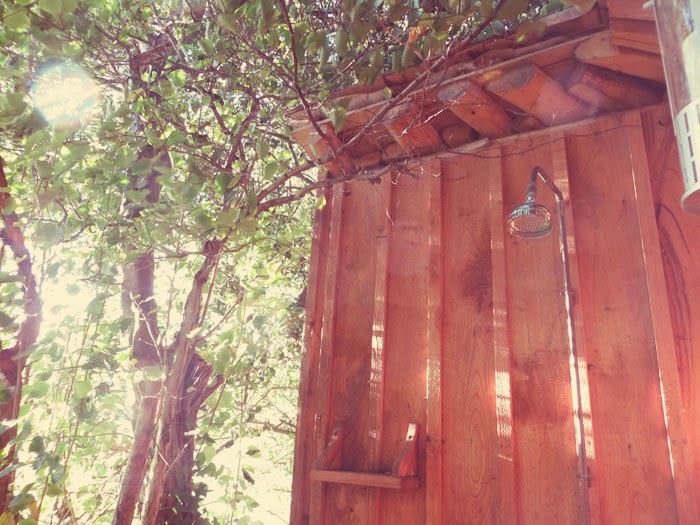 Of course, the yurt itself was the piece de resistance.  The family who own the yurts (there is another onsite) actually completed the majority of the handicraft themselves from ash and sweet chestnut trees on their land. I haven’t included a photo but at the top of the yurt was a clear piece of sheeting bound with more wood and interlocking branches that the daughter designed.  It means you can lie in bed at night and stare up at the stars, which is quite an experience (it can also be opened in the summer).

You can see from the photographs just how wonderful the yurt was.  An incredibly comfy bed with sheepskin blanket and bamboo bedlinen, a wood burner and a huge copper bath.  The yurt has solar electricity (the family are very focussed on making it an eco-friendly place to stay). 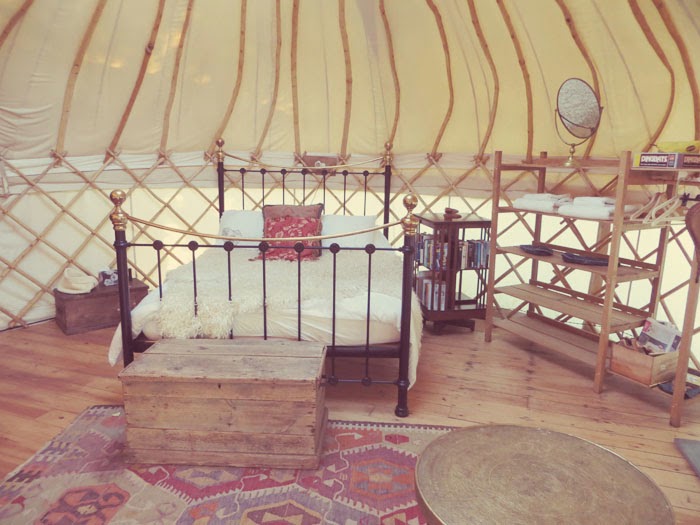 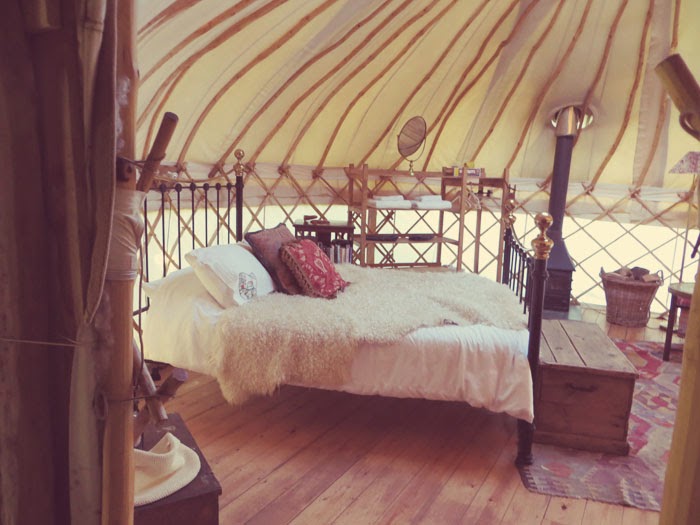 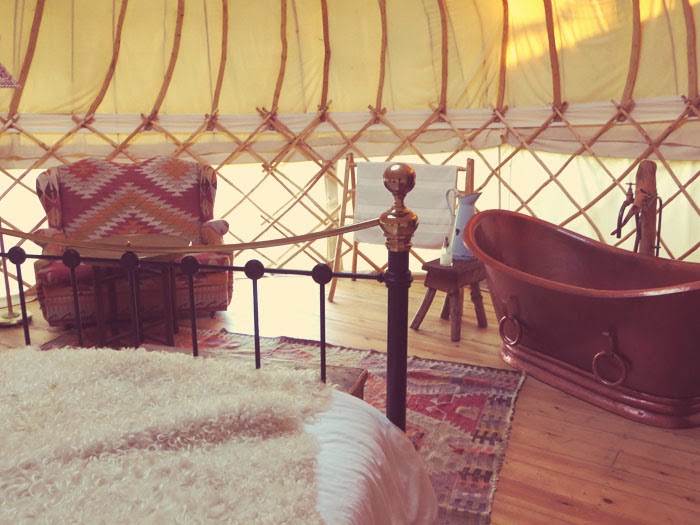 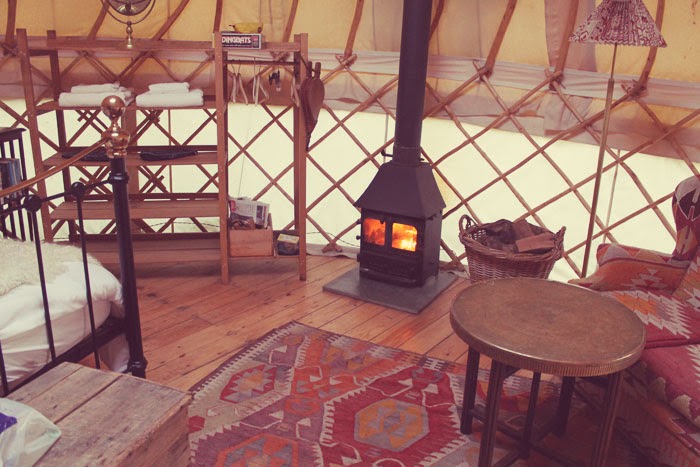 I don’t think I can quite describe quite how perfect it was to curl up on the sofa with a good book and a pot of tea and listen to the crackling of the fire – and then run a hot bath (with some Lush products!) and lay in there reading.  It was just… heaven, I don’t think I’ve ever felt quite so relaxed!  We did think we’d lost Bodhi several times during the three days we stayed as he was far too similar to the sheepskin blanket! 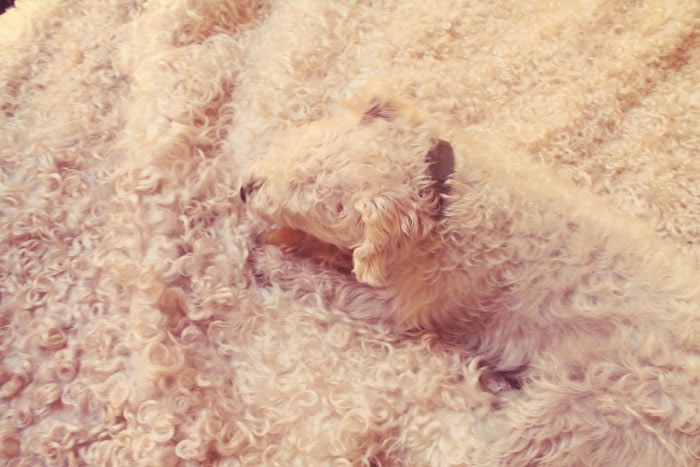 In the evening on the Wednesday I went out into the kitchen to make another pot of tea (which takes some time as you have to heat up the water on the gas stove) and when I came back in, this is what I saw… 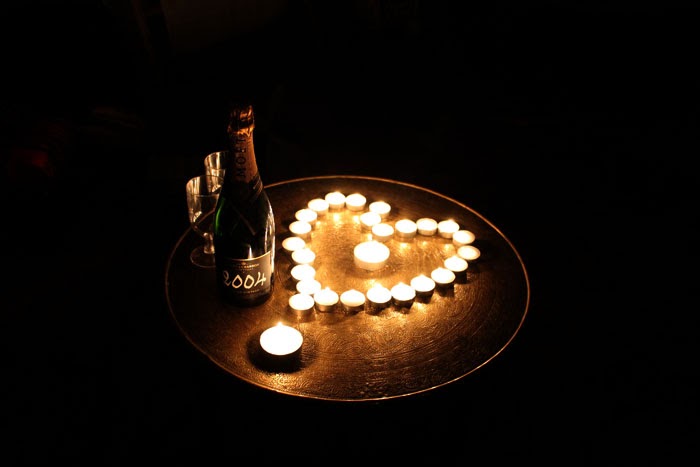 The whole yurt was also filled with candles and you might have already guessed (or seen my excited tweets!) that Tom proposed, with a beautiful ring befitting of the amazing setting.  It was very romantic! We didn’t have much phone signal and certainly no 3G or Wifi so we weren’t able to tell people until the Friday when we arrived at a holiday cottage to stay with my family.  It felt almost quite nice though, that we had a little secret to ourselves for a couple of days!

Although there is more I could tell you about our stay in the yurt (we had an amazing walk in the Brecon Beacons where Bodhi met lots of sheep!) it feels a bit funny to move onto something different after lamenting the wonderful proposal so I think I will leave it there.  (You can be sure I will all be boring you with wedding plans from now on though – how exciting!)