In the same week as I was sent this rather exciting little package of chocolate-y treats I was also sent a jar of sweets to review and given a £20 pizza voucher.  Clearly people of the world are cottoning on to what my friends and family have long since known – ‘Rosie can be bought with food’.  So it’s fair to say that I was pretty excited to rip off the beautifully designed packaging of the Seed & Bean chocolate and tuck into the goods hidden inside.

Before I tell you about that though, I’ll tell you a bit more about the company themselves.  Seed & Bean were founded from the desire to make unusual confectionary and snacks – organic and fair trade where possible. They are now the UK’s only 100% ethically accredited chocolate company, and their artisan bars are handcrafted in the English countryside.  They’re also suitable for vegetarians and vegans and are Fair Trade and Soil Association accredited.  Oh, and they’re packed with anti-oxidants and their Fair Trade ingredients have numerous benefits (including Omega 3, which is good for nails and hair – scrap the salon and tuck in ladies!) 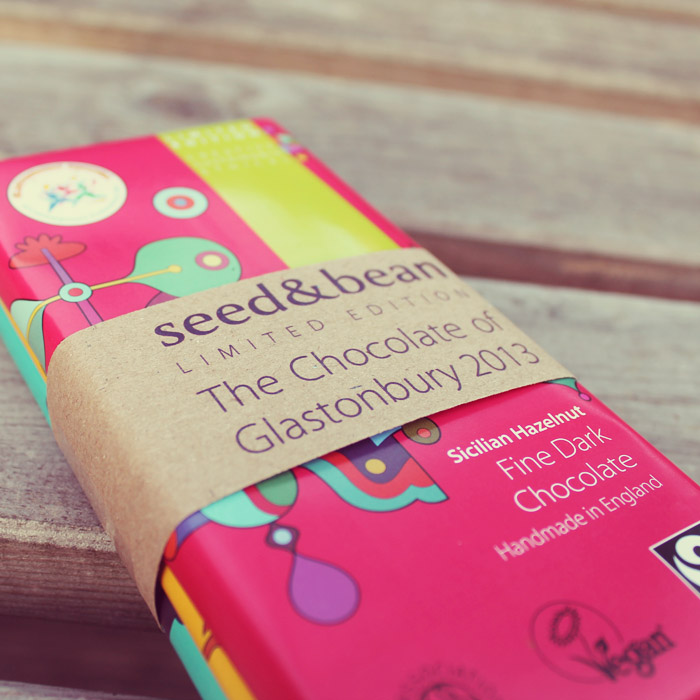 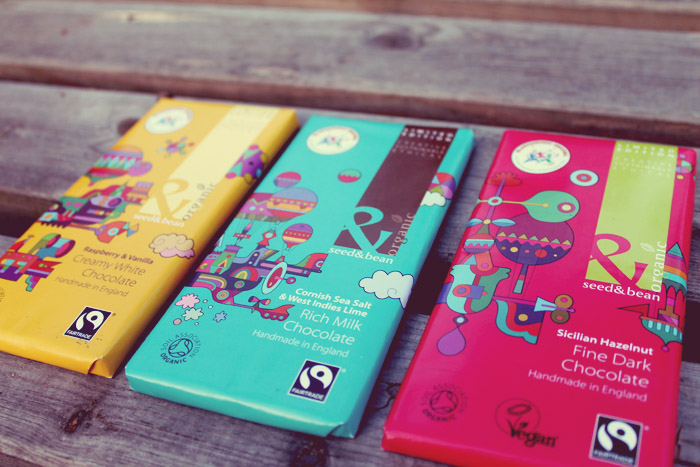 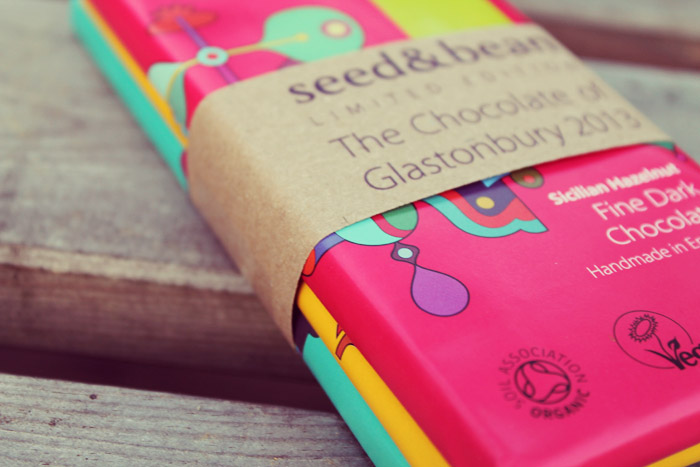 I was kindly sent a pack of Seed & Bean’s Limited Edition chocolate bars. With organic ingredients, retro styling and biodegradable wrappers, Seed & Bean felt that these were a perfect match for the eco-conscious festival go-ers at Glastonbury. Did any Glastonbury go-ers spot the bars there? The flavours they concocted were Cornish Sea Salt and West Indies Lime Milk Chocolate, Sicilian Hazelnut Dark Chocolate and Raspberry and Vanilla White Chocolate.  I probably don’t have to tell you just from the sound of the flavours that they were utterly divine.  The Rasberry and Vanilla White Chocolate was my favourite – creamy and summery, very indulgent! Every bar had a really distinct and delicious flavour, I’ll definitely be trying more of Seed & Bean’s creations – the Lavender Extra Dark Chocolate is next on my list!