Last weekend we went to Redfest, which is in Redhill in Surrey, a two-day music festival set in the picturesque surroundings of Robins Cook Farm.  I must say I never would have heard of the festival if it wasn’t for my friend Nicole mentioning that she was going to support her boyfriend, whose band, Bury Tomorrow, were headlining the Hype stage on the Friday.  When she mentioned that Dry The River were headlining the Main Stage on the same day it was a done deal, as not only are they one of my favourite bands, a good friend of mine guitar ‘techs’ for them and said that he’d also be there on the same day.  He kindly put us on Dry The River’s guestlist and so on Friday afternoon we rolled up in the van and were issued wristbands and free to crack open the cider and go and find Nicole.

Redfest is a really small festival, with three stages –  a main stage, the Hype stage (metal/rock bands) and the Boileroom stage, which seemed to be smaller or unsigned artists.  There were also several food stalls, a cocktail bar (selling frozen mojitos – yum!) and a couple of little clothes stalls.  We got settled into the Boiler Room tent for the afternoon, drank copious cans of cider and enjoyed the sunshine.  Nicole had a crew pass as she was with the band and reported that the burger van in the VIP area was too good to miss.  Cue us spending some time negotiating with the guy on the gate to let us in.  I was finally allowed five minutes in VIP to grab a burger when I did my super sad face! They were definitely worth it – we had chicken and chorizo burgers slathered in pesto with a big box of chips, mega yum!

The one great thing about having the van at a festival is you can make routine trips back to the fridge for ice cold cider – just what you need on a blisteringly hot day like it was last Saturday! After a few more cans of cider we visited some of Nicole’s friends in the campsite.  We were in the campervan field so it was good to get some views of the site just as the sun was setting.  Here is the main stage, just so you can appreciate how small it is! 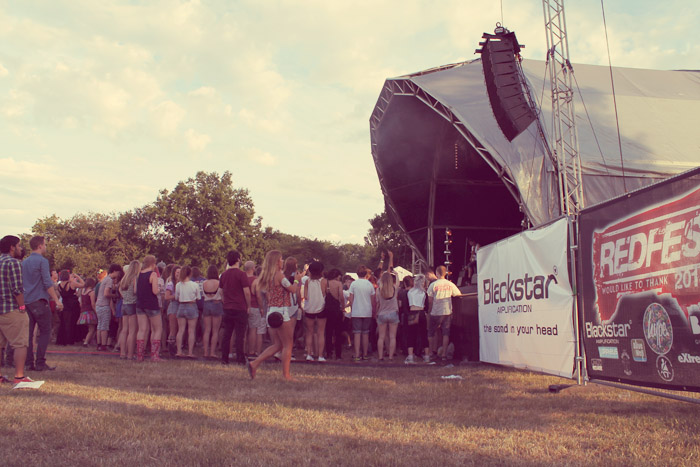 This was the view from the campervan field.  It was a beautiful evening, so lovely to watch the sun go down above all the trees and fields. 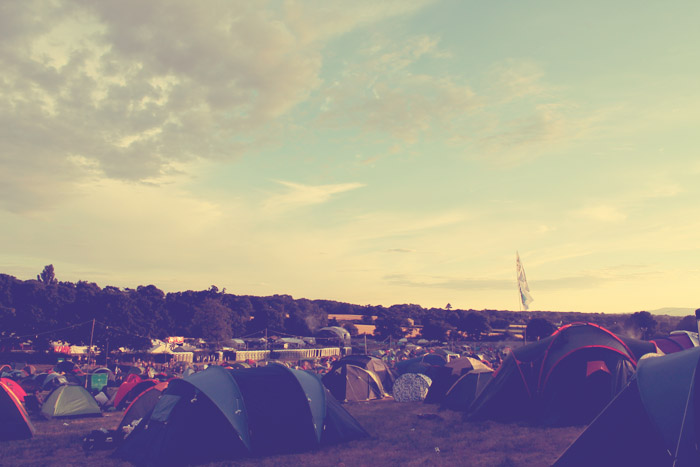 There was a stunning sunset…. 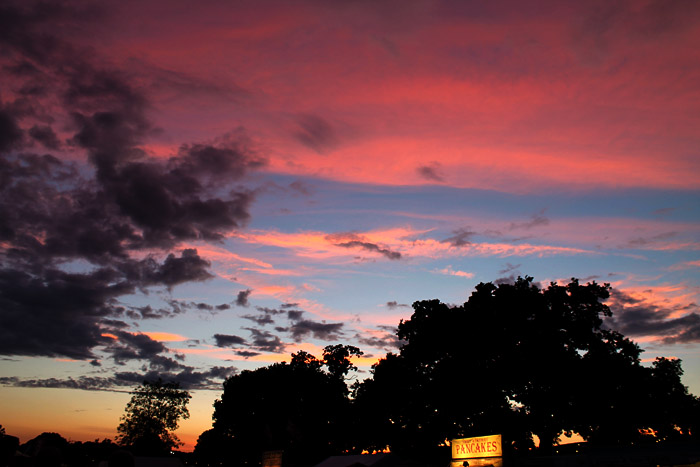 After watching the sun go down it was time to actually watch some music! Tom and I were both excited to watch Bury Tomorrow as we hadn’t actually seen them live before. We caught about half an hour of their set before heading over to the main stage, they put on an amazing show! At one point they got everyone to get people on their shoulders and jump around which was quite a sight! 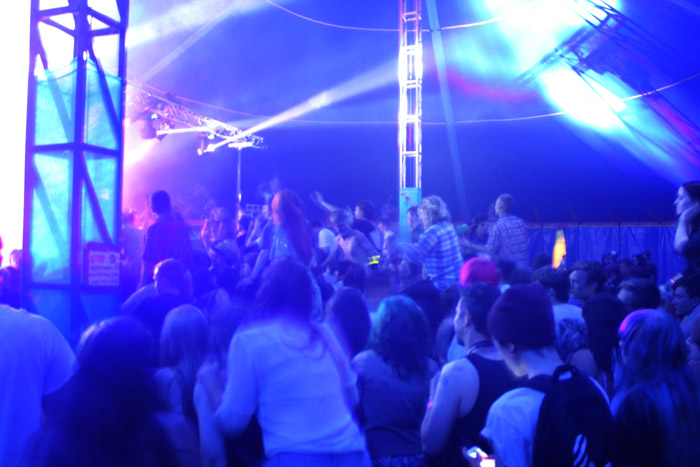 We then went over to the Main Stage to see Dry The River.  I absolutely adore their music and they have been a favourite of mine for a while so it’s always a pleasure to see them play.  It was slightly frustrating that there were so many teenagers there chatting and giggling whilst watching them because some of their music is quite soft and quiet but they were quickly drowned out by the more epic sections! Luckily because it was such a small festival we were easily able to stand at the front and really soak up their awesome set. 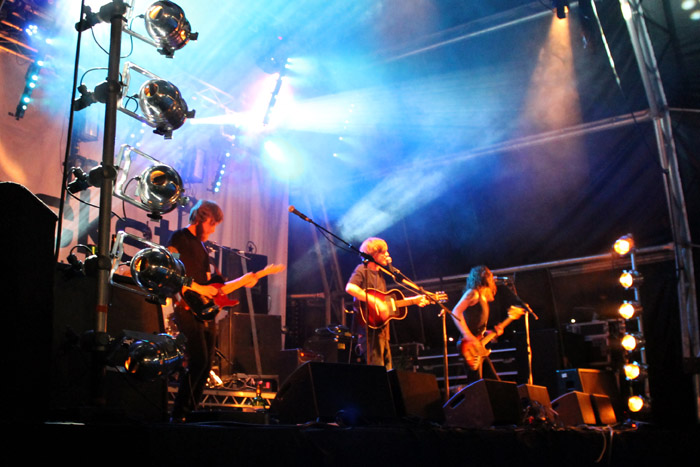 After they’d played we ended up just going back to the van and chilling.  I must say, after a long day at a festival it’s pretty awesome to be able to go back to somewhere with a full width double bed and pile of comfy quilts and cushions! We were going to stay on the Saturday and watch Bastille but in the end we decided to head back and crack on with the conservatory renovation.  Though not before stopping at my parents’ for a delicious feast of chicken, cous cous and garlic bread (and to collect Bodhi of course, who’d been enjoying a little sleepover with his pal Henry whilst we were festivalling!)

I’d definitely go to Redfest again if the lineup were good, it was predominantly teenagers there to be honest but the small size of the festival meant it was quite chilled out, and it was nice to know there were only two stages to worry about seeing bands on rather than trying to plan your itinerary for some of the much larger ones!

Have you been to any festivals in the last few weeks? Are you going to any this year? We usually go to End of the Road festival but we couldn’t really afford tickets this year so we’ve given it a miss, I feel a little sad now as it really is an amazing festival set in beautiful surroundings.  You can read my review of the 2011 End of the Road on the blog, I didn’t review it last year as I jetted off to Florida a few days later, now that was a good September!