Life post-holiday has been a bit of a whirlwind.  Because we were away for so long, and had another holiday a couple of weeks before that, I’ve really just been playing catchup in terms of errands and social engagements.  Naturally I’ve wanted to see all of the friends I’d missed whilst I was away, so my diary (in the form of my new Filofax I’ll be sharing with you over the next few days) has been full most evenings and we have weekend arrangements until the end of August (cripes!)

A couple of weekends ago I played host to my parents’ dog Henry, who came to stay for the weekend whilst they went camping. Henry and Bodhi are the best of friends so it was so much fun to see them racing around the garden together and playing a game of ‘who owns Rosie’s slipper’. 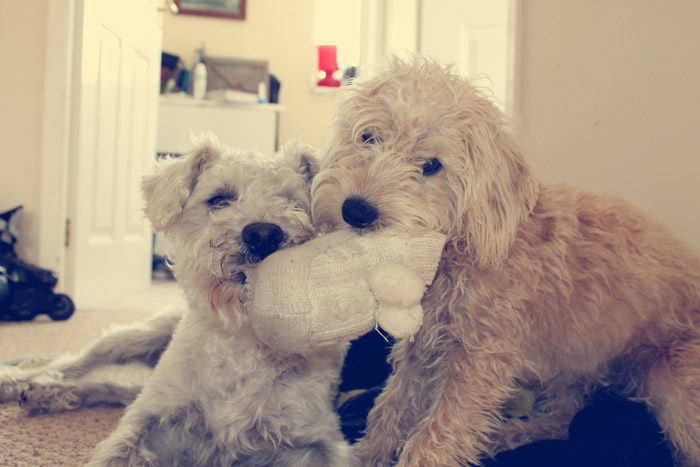 On the Saturday we went for a walk in the forest with both of them, my friend Kate and her two little girls, which was loads of fun, even if both dogs were much too enthusiastic at charging at the girls and scared them a little bit.  After our walk we cooled off with ice creams at a nearby tea gardens with pretty views of the River Stour. 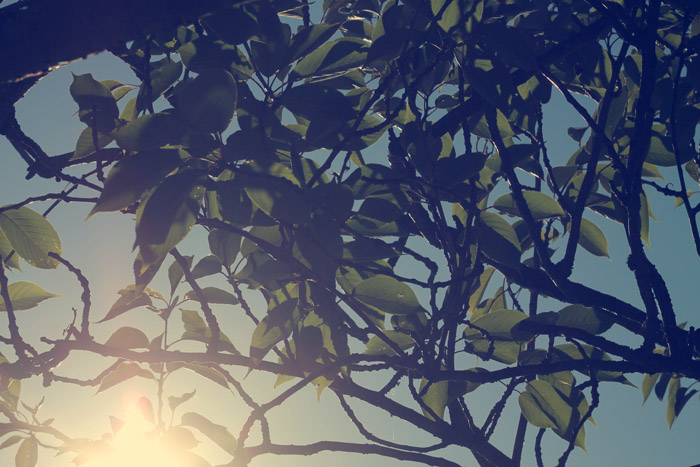 My Sunday of that weekend was mainly spent weeding – weeds have completely taken over our garden in the last couple of months and it’s unbelievable how much there is to pull up.  I pulled up six bin bags’ worth and I’ve barely made a dent in it. The garden and the conservatory are the major house projects at the moment (I have a renewed vigour for DIY and home improvements since being away!) and so Tom and I are ploughing all our energy into getting them looking nice whilst the weather is still good enough for us to enjoy them.  I’ve mentioned before that our house was a bit of a bargain owing to its 1970s décor (not in a cool way – think pink textured wallpaper and green carpets) and instances of botched DIY.  The conservatory is a case in point; the floor isn’t level and up until recently it let in water! I’m really hoping that with a bit of work (and clearing out all the crap in it) it can be a really lovely place to sit on warm summer evenings.  I have a theme in mind but I want it to be a surprise when it’s done! I’m hoping I should be able to share the transformation with you over the next few weeks (if Tom pulls his DIY finger out!)

As you know if you caught the blog post, last weekend was mainly involved in preparing for, and having, our Money Supermarket Big Night In.  That went brilliantly and we had so much fun.  Sunday was intended to be a bit of a ‘chill day’ but we ended up going Stand-up Paddleboarding in Highcliffe which was loads of fun.  I wasn’t sure I would take to it but I thoroughly enjoyed it – escaping the chaos of a busy beach to go and float around in the sea is definitely the perfect way to spend a hot Sunday.

On the Sunday night we went out for dinner with Tom’s parents and his Mum’s cousin, which was really nice. After dinner we made sure we caught up on the latest episode of The Returned.  Is anyone else watching it? Tom and I are addicted to it and are constantly discussing new theories as to what’s going on! On the Sunday I photographed both my daytime and evening outfits so I thought I’d share both…

Another portion of my life at the moment is being spent running, albeit not very far and mainly in short bursts! I’m running the National Lottery Anniversary Run on the 21st and so I’ve been trying to improve my stamina and build up to being able to run the five miles I’ll be doing on the day.  If I’m honest it’s been going absolutely terribly.  Before Greece (mid May) I was able to comfortably run 10K and now I can’t run more than half a mile without having to have a little walk.  I can’t believe how far backwards I’ve come having only really taken a month off running.  At the moment I’m doing 2.5 miles in the morning – I get up every day at 6.45 and run for half an hour or so – but my legs are really beginning to hurt.  I’m looking forward to giving them a few days rest after the race.

As I alluded to in a previous post, I’ve done a bit of spending and sale splurging this month.  I actually still have an ASOS voucher to spend but I can’t find much on there I like at the moment, has anyone done any ASOS wishlists or posts about sale highlights that might help inspire me? I did pick up two pairs of shoes in the Spartoo sale that I’d been lusting after for some time and couldn’t resist.  I’m in love with the Kat Maconie heels, I never want to take them off!

Hope you’ve all had a lovely week.  I’m currently counting down the hours until the weekend as I’m going up to Sarah‘s new house to spend the weekend with her and some other lovely bloggers eating cake, drinking wine, and also going to Warwick Castle for a picnic and to watch the Summer Proms.  The weather is looking absolutely glorious so I think it’s going to be a really lovely weekend!