Those of you who follow me on Twitter might have seen that I had a bit of a rubbish-y week last week. Nothing in particular, I just didn’t feel my usual self and a lot of little things were getting me down more than normal.  I posted about confidence and anxiety and I also mentioned in my post on Friday that I’d been sort of wishing the week away. Well, now that week is gone and it is Sunday, I have decided to stop being a negative Nancy. I’m even going to attempt to balance it out by sharing some things that have made me smile in the last week.

Tuesday was the height of my glumness and so Tom made every effort to cheer me up, and the sun even put his hat on, and let’s face it, it’s pretty darn hard to feel maudlin when the sun is streaming into your garden and you can come home from work and put your flip flops on.  Tom poured me a glass of rosé and I spent a little while looking around the garden at the things that have changed over the last week or so.

The camelias were about ready to bloom, all curled up tightly and ready to explode with colour and beauty.  I can’t remember the name of the plant below it as my parents dug it out of their garden and we transported it to ours but that’s bloomed too and looks really pretty.  As it was such a warm evening we decided to take advantage and cook our chicken breast burgers on the barbecue… 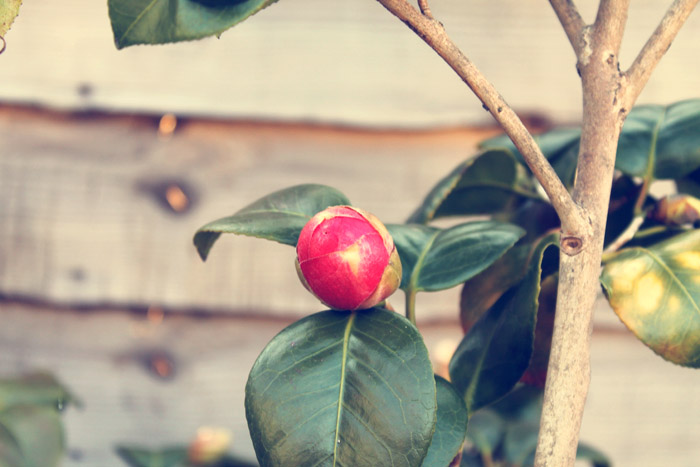 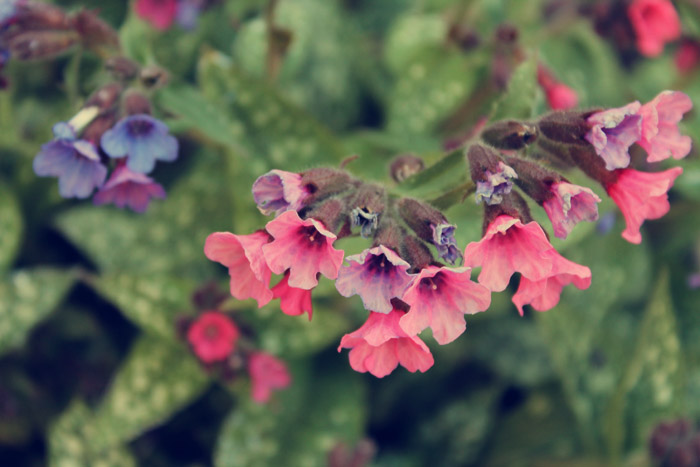 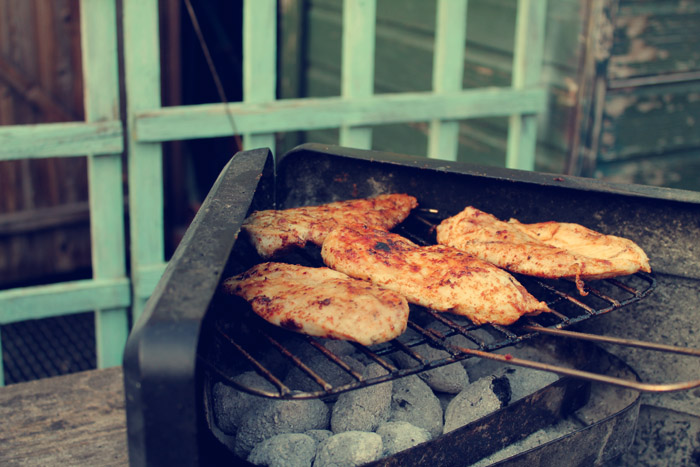 I had to capture this moment – albeit I timed it wrongly – Tom was holding Bodhi up so he could see the girl next door bouncing on her trampoline! 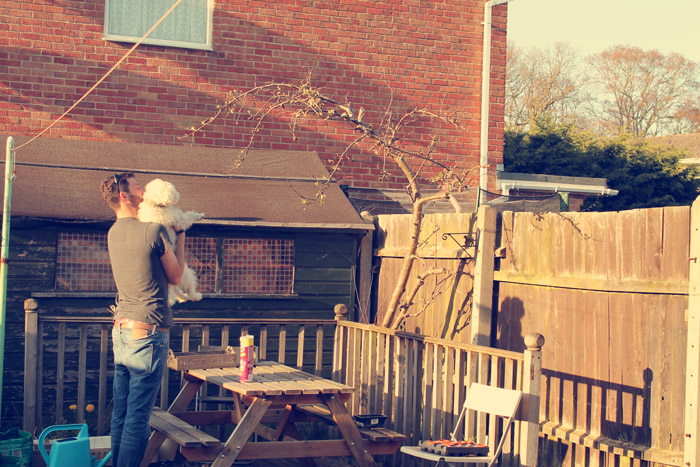 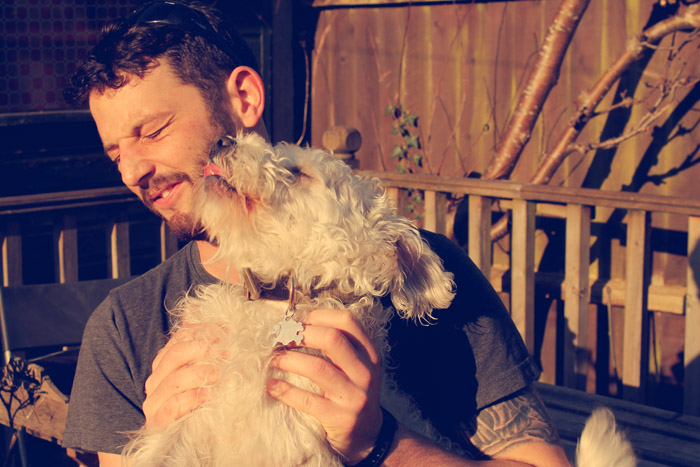 It was such a perfect evening, I wish the sunshine had stayed a little longer as it felt so perfect to be eating dinner outside and enjoying a cold glass of wine and the smell of a barbecue.  Roll on summer I say!

[+] Receiving unexpected post and thoughtful cards
[+] Reading the newspaper with a mug of green tea
[+] Doing a food shop and having the cupboards and fridge full of yummy, healthy foods
[+] This face, generally… 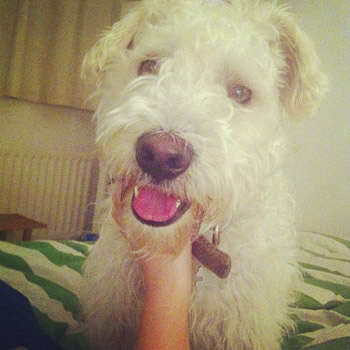 [+] Ordering a Blurb photobook – I now order these every few six months or so in place of photo albums so I have lovely hardback books on my shelves to look through.
[+] Registering to do the National Lottery Anniversary Run in July – through Olympic park and finishing in the stadium!
[+] Listening to the birds singing outside before I get up in the morning.
[+] Making Rosie Londoner’s epic fish tacos… (they were amazing!) 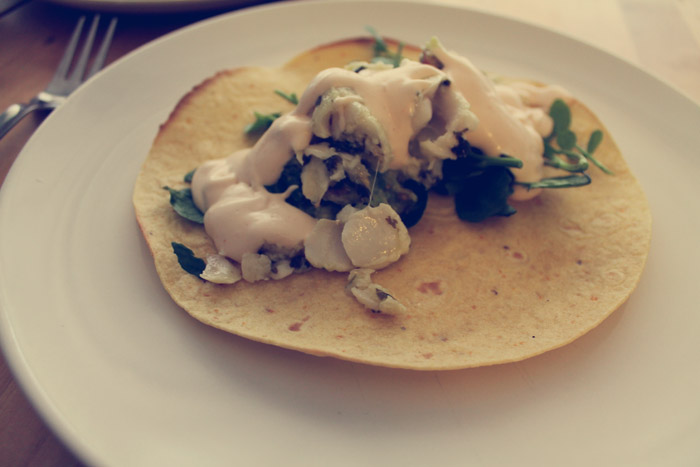 [+] Going for a walk along the beach and through the nature reserve on my lunchbreak on Tuesday (I am so lucky to work where I do!) 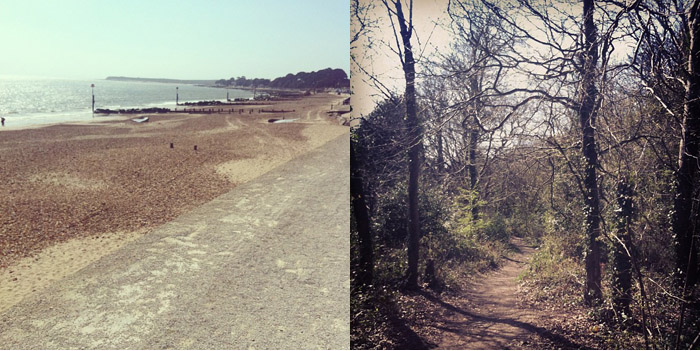 [+] Watching 30 Rock in the bath (with my Kindle Fire propped up at the end). I’ve just started Season Two, I’m a bit addicted!
[+] Curling up on the sofa and reading the second Hunger Games book. I so rarely allow myself to relax like that that it makes it really special.
[+] Running on the treadmill when Muse – Knights of Cydonia comes on, and upping the speed and running like a lunatic because it’s such an epic song.
[+] Emma’s post about some pretty exciting news that’s come her way (and a little bump!) Congratulations!
[+] The holiday countdown.  Ten sleeps!
[+] This photo my Mum just sent me… The one on the left is me (how awesome is my rabbit hat?), my Mum and our old dog Geordie.  The one on the right is from a couple of weeks ago, me, my Mum and Bodhi… about 27 years later! 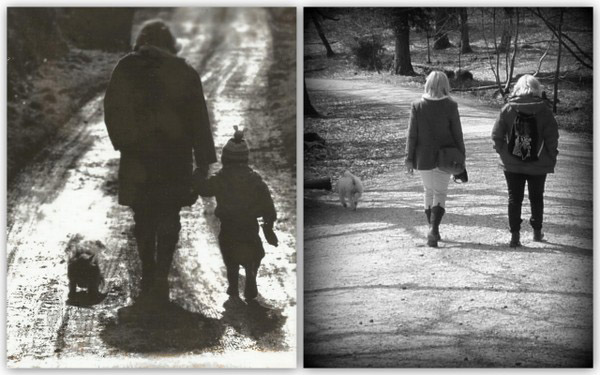 Which moments have made you smile this week?

PS – Thankyou to everyone who entered my Lashes of London giveaway.  I’ll be drawing the winner over the next couple of days and I’ll announce it on Twitter and contact the person, obvs!