As I’ve mentioned on here before, I was in London a couple of weeks ago attending a course and also the amazing AX Paris Circus event.  Whilst in London I always take the opportunity to meet up with my awesome friend Charlotte, whom I met over ten years ago whilst at college (YIKES I AM OLD) and have missed terribly ever since she moved to the big smoke some years ago.

After a mooch around the shops in Oxford Street and Regent Street (swooning over pretty much everything in & Other Stories) we decided that dinner was in order, and Charlotte suggested Patty and Bun.  After stomping over there, with a little help from Google Maps, we rocked up with hungry, burger-craving bellies, only to find that it was closed on Monday nights.  Le sigh.

Some discussion ensued about where to go next, mainly involving various blog posts I’d seen including yummy looking food only available in London (or other cities where I don’t live).  I proposed Byron Burger and so off we stomped to a miscellaneous location I can’t remember (wherever Google Maps said was the nearest one).  20 minutes later we arrived outside only to be met with a queue snaking up the road.  It was freezing, we were hungry.  On the way we’d walked past Meat Liquor, which had a similarly long queue.  The Burger Gods were against us.

We then settled on Bill’s Restaurant, another 20 minute walk away.  Thankfully this time we were in luck, and we arrived at a deserted St Martin’s Courtyard and stepped into the welcoming warmth of the restaurant.  Rather annoyingly we then had to stand awkwardly at the entrance for about ten minutes waiting for a table (by which point I was so hungry I was considering shovelling a jar of their homemade jam into my mouth).

The restaurant itself had a really cool interior; the walls lined with their own jams, marmalades, sweets and cordials. 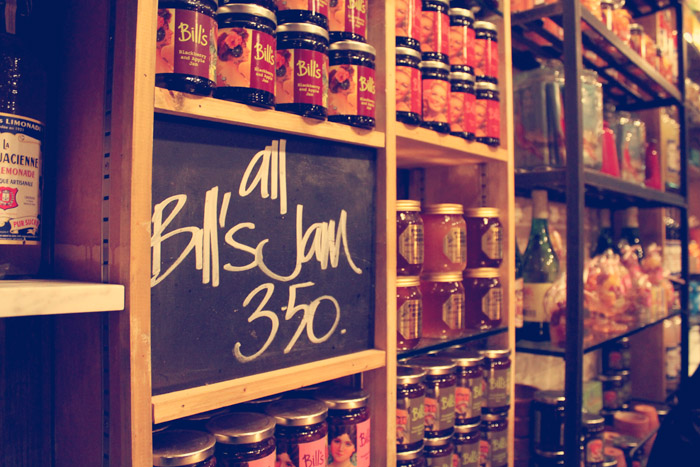 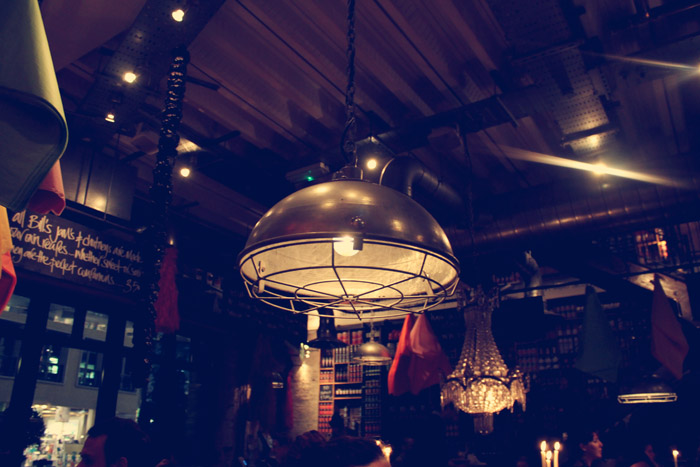 Fearing we might expire from hunger when we were finally seated, we did what any self-respecting restaurant attendees do, we ordered bread and dips… (excuse Charlotte’s Staropramen sneaking in the photo, what a lager lout! #kidding) 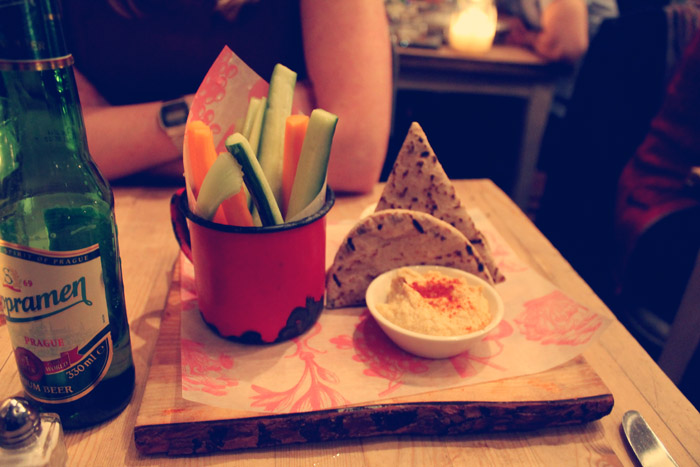 Having dreamt of beef sandwiched between two bits of bread all evening I knew what I was going to order before I even looked at the menu.  Charlotte ordered their Monkfish Stew but they’d sold out so she burgered up too.  The burgers were pretty exciting – two seeded buns with a heap of salad and horseradish mayonnaise, plus a cup of amazing skinny fries. 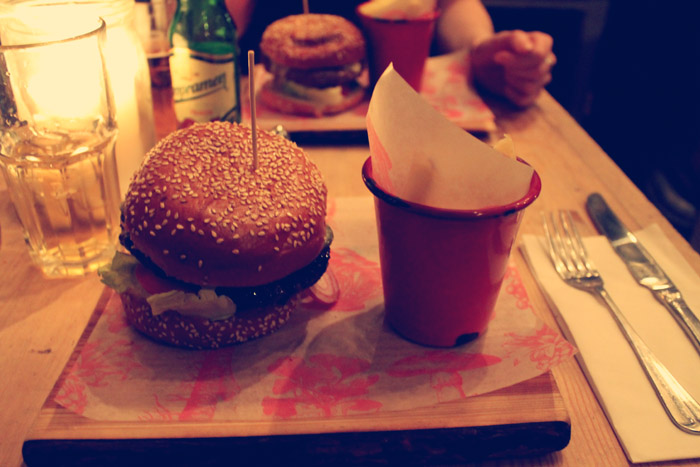 After going from starving to pretty jeffing full in about half an hour, there was still room in my pudding belly and so I had to go for their warm mini cinnamon doughnuts.  I think maybe they might be four of my favourite words together.  You just can’t beat warm dough, sprinkled with cinnamon.  Oh wait, yeah you can – when it’s served with chocolate sauce and strawberries! Charlotte ordered creme brulee and when it arrived it was huge! She only finished half (amateur). 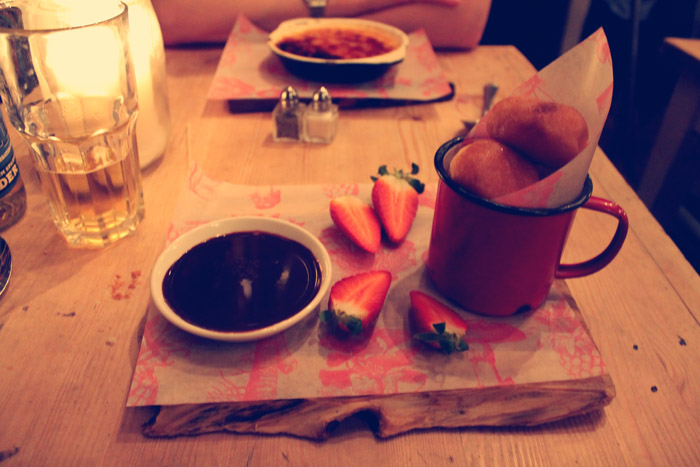 By this point it was almost 10 o’ clock and we were about ready to be rolled home – ‘undo your top button’ type full.  The only bad point I would say about the Bill’s ‘experience’ is that service was incredibly slow, other than that I couldn’t fault it, the food was incredible.

Have you been to Bill’s? I’d definitely like to go back, their breakfast menu also looks very tempting!