I mentioned in my last post that on Saturday we visited Boscombe Vintage Market.  Boscombe is a suburb of Bournemouth and I’m sure anyone who has been will vouch for the fact that it is a funny old place.  The centre of Boscombe has Victorian elements like the Royal Arcade where the market is based, then there’s the 1950’s pier and modern elements that have been added since its attempted regeneration, like the surf reef and some flat developments.  It is fair to say it is a bit rough around the edges, and yet like anywhere with a certain ragged charm, it has its little gems.  One of them, I can now conclude, is the Little Pickle Deli Café.  Nestled in the Pokesdown end of Boscombe it is well located along a street littered with little vintage and antiques shops full of treasures. 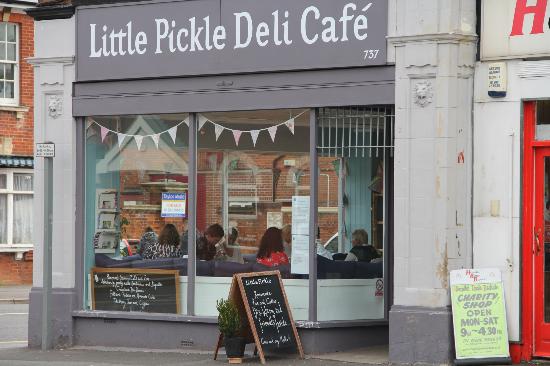 I mentioned that we went for lunch in Boscombe after we visited the market but I felt the café deserved its own review.  Highly rated on Trip Advisor it’s been on Tom and I’s list of eateries to visit since we moved here and we were glad to have an opportunity to pop in for a late lunch. 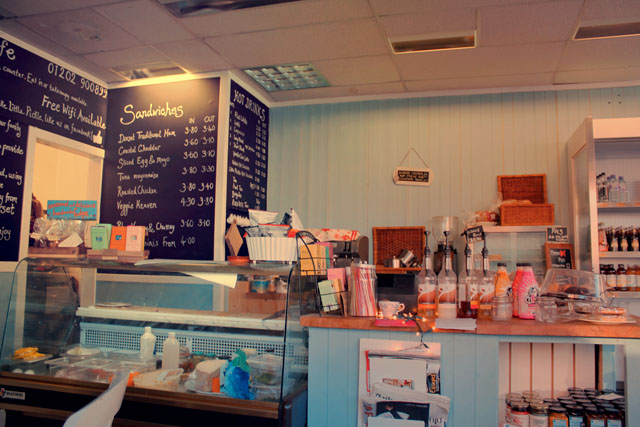 Some of their specialities are their homemade pies, scrummy cakes and all manner of coffees, teas and hot drinks. They also use a lot of locally sourced produce, which gets a big tick from me. 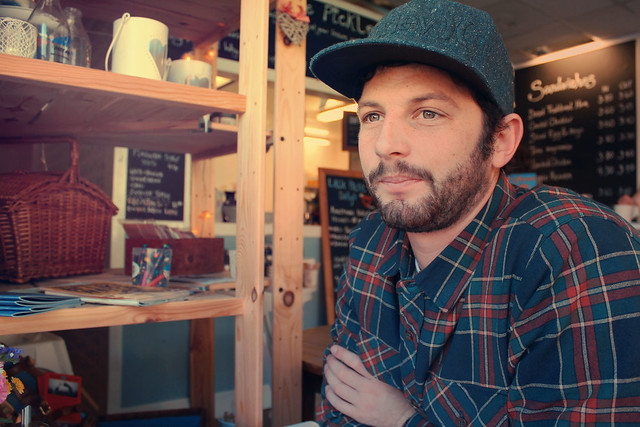 We sat at a table in the window, with a cute little vase of flowers and shelves full of picnic hampers lined with leaflets for local things to do along with other shabby-chic-esque trinkets.  Here is my handsome boyfriend awaiting his Earl Grey tea. 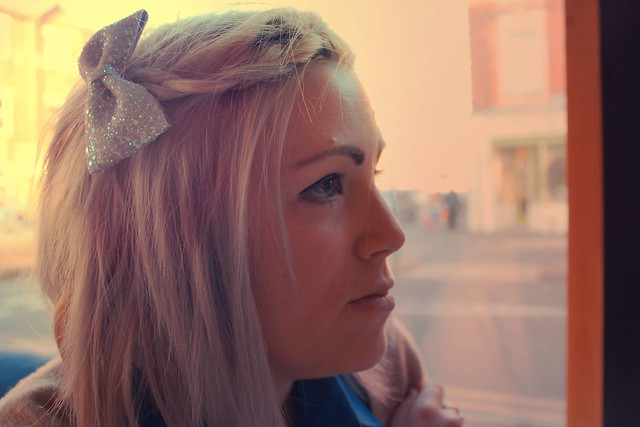 And here is me with my new Beauxoxo hair bow, freshly purchased from the market.  I ordered a vanilla chai latte which came with heart shaped dustings of cinnamon.  Tom’s earl grey tea came in a little vintage tea set. 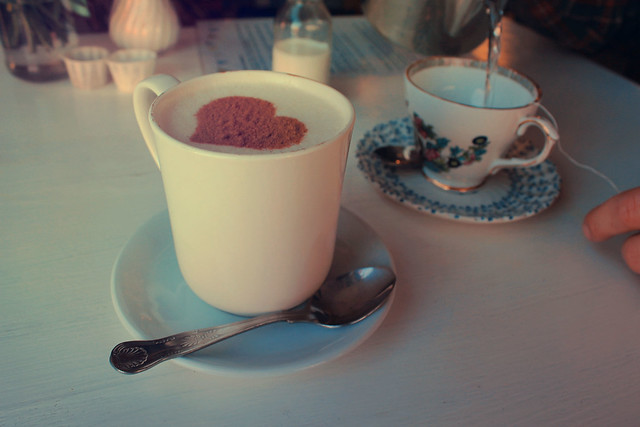 Tom ordered a steak pie, which he proclaimed was ‘one of the best he’d ever had’. 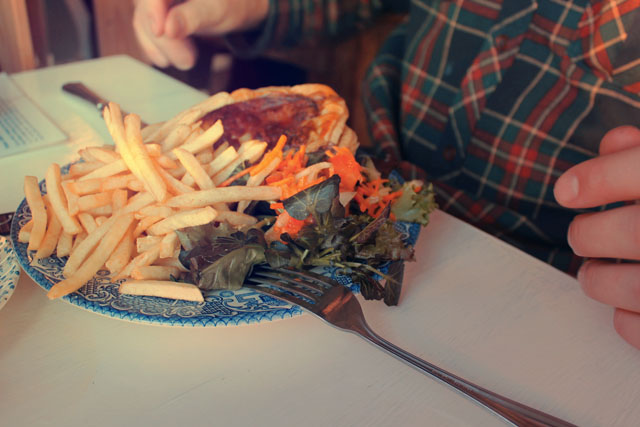 I ordered a fishfinger sandwich which was just divine.  So tasty and with a delicious, crisp, salad. 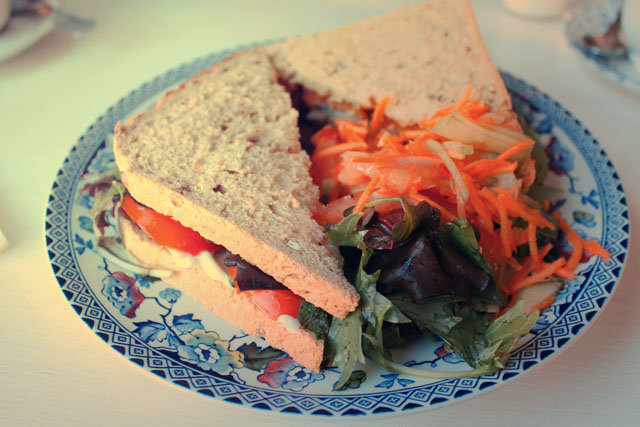 Being the clumsybum that I am, not long after I took this picture I whacked over my cup of chai with the bottle of mayonnaise! I completely soaked the table to such an extent that we had to be moved to another one.  They were so sweet and understanding and swiftly moved us and made me another tea free of charge.  Overall it was a lovely place to visit and Tom and I both agreed we’d definitely be returning soon, next time for a slice of some of their mouthwatering array of homemade cakes.  If you’re ever in the Boscombe area this one comes highly recommended from me.

PS – I’ve started doing more restaurant reviews – these won’t be very frequent but I hope they are enjoyable to those that might live on the south coast, be visiting the Bournemouth area, or just like gazing at yummy food.  Let me know if you find them enjoyable!