This is just a quick catchup of some bits from the last few days I haven’t mentioned here (and a very important puppy shaped update!)

The weekends I’ve had recently have just been blissful.  I’ve had a few weekends in a row where I’ve had very little plans which has meant being able to spend quality time with Tom and attempt some guilt-free magazine reading, tea drinking and movie watching.

On Saturday Tom and I watched Moonrise Kingdom.  Considering Wes Anderson is without a doubt my favourite director I can’t believe I waited so long to see this film.  Aside from the typical Wes Anderson charming, quirkiness which never fails to make me fall in love with his films, I also fell in love with the character of Suzy Bishop.  It made me want to drop everything and run away from home wearing collared dresses, Oxford shoes and a yellow suitcase.  (I have since been scouring Etsy for 60s shift dresses – I might have to blog about my favourite Suzy Bishop dresses!) 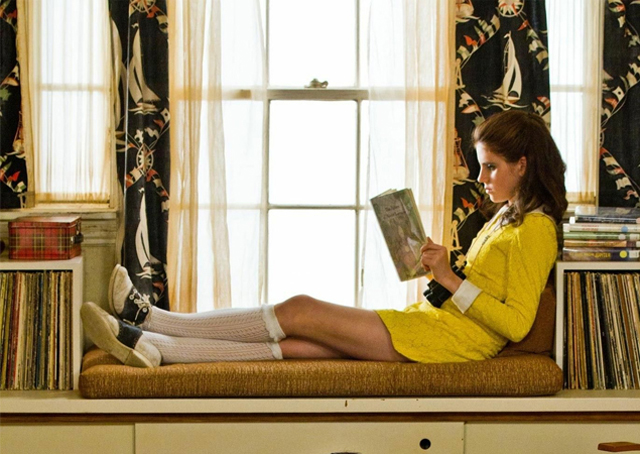 One of the things I cherish about Sunday mornings is being able to have a long, civilised breakfast or brunch.  I never thought that something as simple as moving a table into our lounge would make such a difference but since then my mornings are always punctuated with a quiet breakfast (I’ve taken to eating breakfast at home rather than a bowl of cereal at my desk at work).  The table faces away from the TV so it’s never interrupted by background noise and is the perfect opportunity to reflect on the day before or anticipate the day ahead.  Sunday mornings allow for an even slower beginning to the day, and this Sunday morning brought oatmeal pancakes with Greek yoghurt and raspberries – breakfast of champions or what? 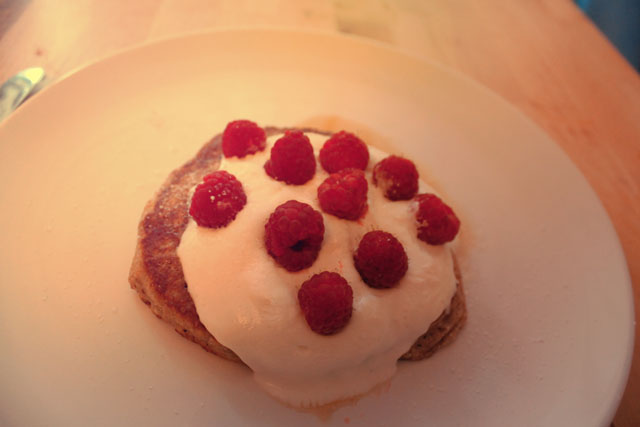 I’ve mentioned on here a couple of times that we’ve taken out membership at a local spa and it’s turning into a little routine for us to spend a couple of hours there where we can, soaking in the jacuzzi and lolling in the steam room.  I’ve started being a bit self-conscious about wearing a bikini lately so I treated myself to a new swimming costume last week, only to wake up in a cold sweat on Sunday realising that I’d left it hanging on the hook in the back of the changing rooms at the spa.  Does anyone else have these realisations when they’re doing something completely different? My first thought was that it was a sign that I should treat myself to some of the Prism swimwear I’ve been eyeing up on Avenue 32… then I realised I’d probably check the lost property first.  And luckily, there it was, tucked away in a box and still damp (yuck).

After some time in the gym and the pool it was time to get home for a very important appointment.  My Mum has been scouring the internet for months looking for a schnoodle puppy as she loves Bodhi so much and she’s wanted a dog for a really, really long time.  When she was looking last night one popped up only about 10 minutes from where I live so she picked me up and we went to see him and well, we all fell in love.  Meet Henry! 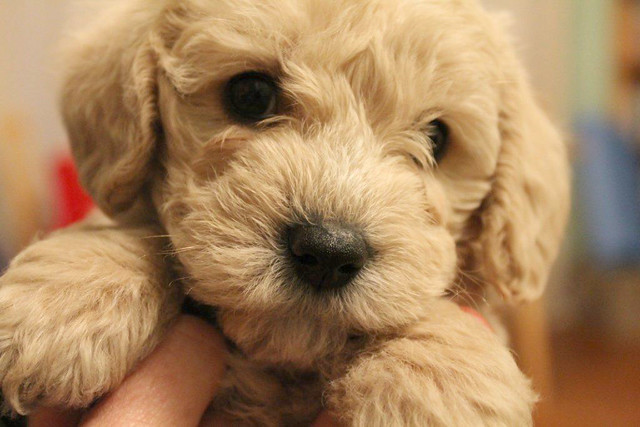 Post picking up Henry (we originally called him Charlie but my Mum had a change of heart!) was quite a palaver as Tom had gone surfing and I hadn’t taken my keys.  We ended up having to locate his van and unlock the combination lock he keeps his keys in, get into the van, take a house key and come back home to let ourselves in.  Then it was time for Bodhi to meet Henry.  As we’d only just taken him away from his Mum and brothers and sisters we wanted it to be a very gentle introduction and luckily Bodhi was initially very gentle, nosing and licking at Henry and being quite unsure himself.  Then when I picked Henry up Bodhi nipped at his tail and Henry yelped! Does anyone have any experience of introducing a puppy to a slightly older dog? I think Bodhi was trying to play but we thought it was probably a good time for Henry to go to his new home and so off they went with Henry wrapped up in his new blanket.

Sunday night was then left for a few sneaky Celebrations out of the tin, camomile tea, a long soak in a Lush filled bath and the new issue of Country Living.  All round, a perfect weekend.