At the end of November last year, West Quay shopping centre unveiled their new ‘Dining at WestQuay’ food court with a host of new restaurants added to the original repertoire.  I would have loved to go to the opening but frustratingly it was on a Thursday afternoon and we all know because of my persistent whinging at being a 9-5er that I was chained to my desk at that time.  Because I couldn’t go I was sent a voucher to ‘review the Dining at WestQuay experience’ and the first time since then that I’ve been in Southampton and had some free time happened to be last night.  I actually had a Dentist’s appointment (deep joy) and as my Dentist’s is opposite West Quay I dragged Tom along with the promise of dinner afterwards.

There’s several new restaurants that have been added to the food court now, including Wagamamas, Café Rouge, Ed’s Diner, Pizza Express and Wagamama, adding to their original offering of eateries like Nando’s, Pizza Hut and Toby Carvery Sandwich Express (carvery sandwiches? YES please!).  It’s certainly the best selection of restaurants I’ve seen in one place and it’s the first Ed’s Diner I’ve seen and the funky interior really brightens up the area. Has anyone been to an Ed’s Diner before? I’ve heard mixed reviews so I’d love to know whether it’s worth a visit? 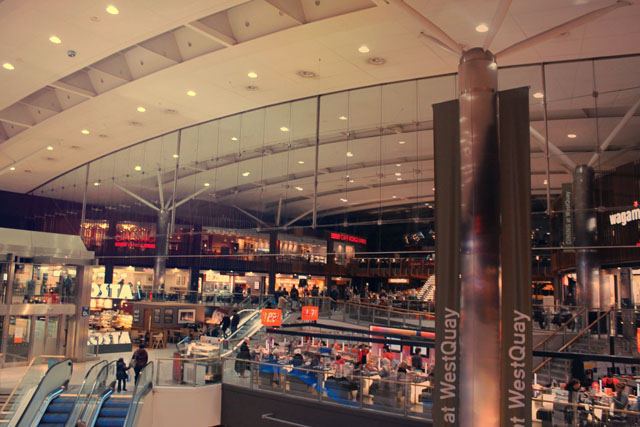 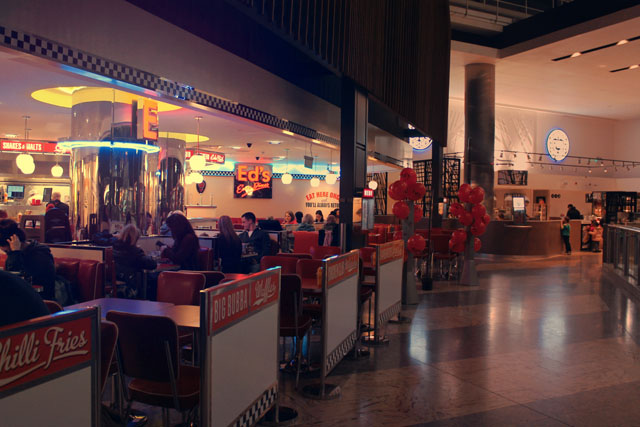 I know it sounds a bit stingy but as I was sent a £15 gift card I didn’t want to go too over and above that cost; it’s a bit of a tight month for us and I didn’t want to leave us too out of pocket purely for a blog feature.  I quite fancied Wagamama or Café Rouge but you can barely get a main course and a drink there for £15 so instead we plumped for an old favourite, Nando’s.  I don’t need to review Nando’s for you (although if you’re interested they messed up bringing out our food and then overcharged us) so I’ll leave references and photographs of chicken out of this post! All in all I think the addition of the new restaurants to West Quay is a great extra selling point and I’d definitely recommend a visit if you’re in the area.

I’ve been super tired this week so when we arrived back home the only thing on the cards was my current two favourite ingredients of an evening; a blanket and Dexter.  We’ve just started Season Six of Dexter after rattling through four and five in the last month, and I’m totally hooked.  Any other Dexter fans out there? (If there is, how long did it take you to get over the Season Four finale? I’m still in shock…)

Because we’re both big kids, Tom and I spent the latter half of the evening checking the weather forecast and peeking out of the window to see if any snow had arrived (we even invented a theme tune for our person ‘Snow updates’ – see, BIG KIDS).  Our anticipation was rewarded in the morning with the arrival of a good few inches of crisp, white snow.  Tom usually walks Bodhi in the morning whilst I get ready but I couldn’t let him have all the fun so I layered up, pulled on my new mittens and Hunter wellington boots (it was that wet snow that looks pretty but also leaves you soaked so shoes weren’t really an option!) and we both headed out into the snow.  The children next door were on a ‘snow day’ from school and were in the driveway, donned in animal onesies and wellies and ready to pelt Tom with some snowballs! (They threw one at Bodhi but he just ate it.  Sometimes I think his personal mantra in life is ‘Whatever life throws at you, EAT IT). 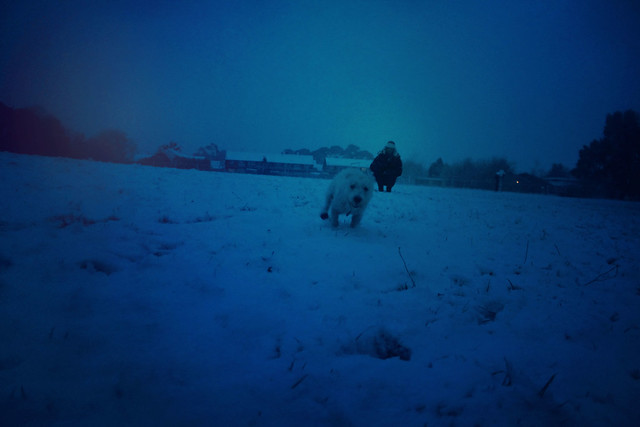 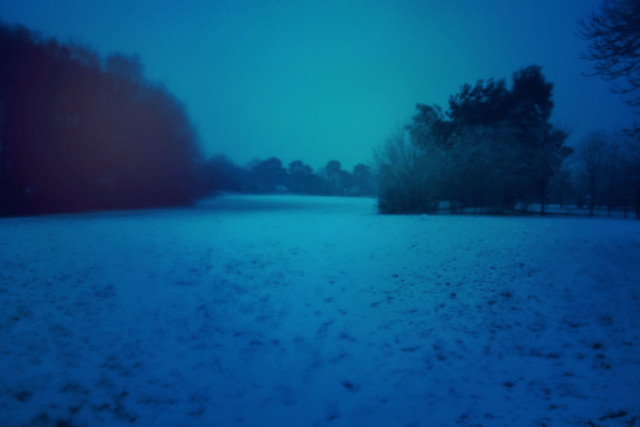 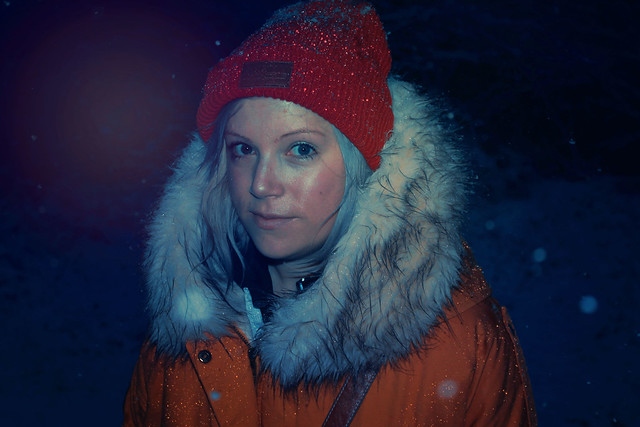 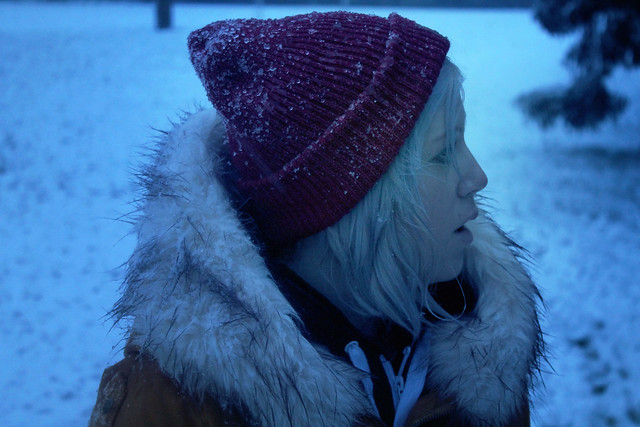 We had some fun in the snow before coming home and heading off to work (excuse the lack of make-up by the way, it was early!).  In an example of excellent timing, Adrian from Apparel Uncut kindly sent me the red beanie (£12) I’m wearing yesterday which was urgently needed this morning! It’s a proper thick knit and kept my head cosy and dry on our morning walk.  Sadly our offices are on the seafront so the sea air means the snow isn’t really settling here and we’re well and truly open for business.  No chance of a snow day for us! Hope it isn’t being too much of a pain where you are; jealous of any of you who have been given a bonus day at home and are currently drinking mugs of tea by some sort of fire – that’s what I’d be doing!