Before I start this recipe I owe to huge credits for it to the wonderful Sophie who suggested cooking it, and the Crumb blog, where this recipe originates.  The reason I’m reposting it here rather than providing a link to her Jerk Turkey Burgers recipe is because that’s an American version, so I’ve tried to use UK measurements and descriptions (who knew that the Americans call coriander, cilantro?) I made these for dinner a couple of weeks ago and they were utterly divine, Tom was exclaiming how delicious they were after every mouthful! They’re also perfect for my ‘clean eating’ diet; a healthy but extremely yummy dinner.

I’ve kept the cup measurements in for anyone who has a set of measuring cups (they are quite useful if you want to cook US recipes) but also used a converter to estimate the gram measurement in case you don’t.

Extra notes:
I used extra lean turkey mince from Sainsbury’s and Scottish rolled porridge oats for the oats.  It might seem weird adding oatmeal to a burger recipe but it makes the burger super juicy (and gives you a good dose of fibre!)

I also only put in around 1.5 tablespoons of jerk paste as I know I’m a wuss with spice; you can vary this depending on how much of a spice lover you are!


1. In a large mixing bowl, combine all ingredients. 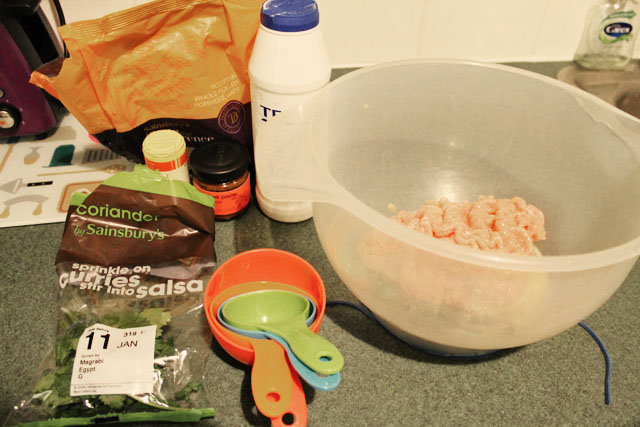 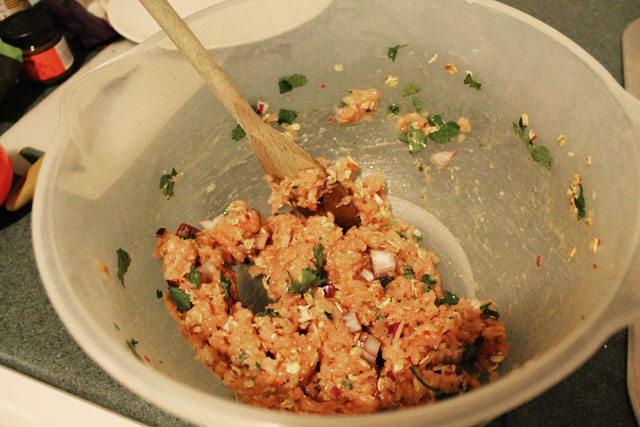 (I think I rather pushed the boundaries of ‘finely chopped’ but never mind!

2. Using hands, mix together until the seasonings are evenly distributed, then divide into four equal parts and shape into 3/4″ thick patties.  We used slightly smaller patties and I think we actually got five or six in the end. 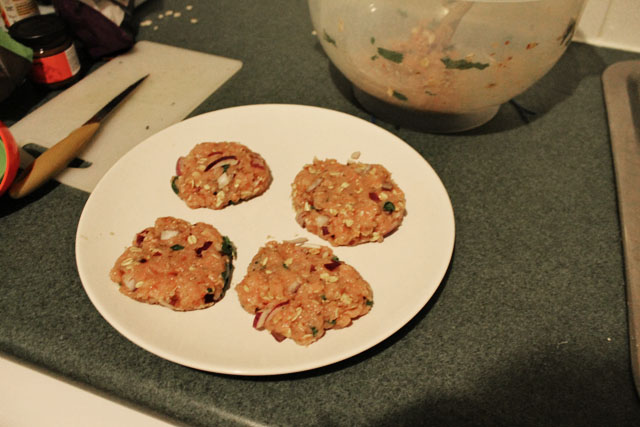 3. We fried our burgers in olive oil in a frying pan on a medium heat, alternatively you could grill them.  They need about five minutes per side until browned and no longer pink inside. 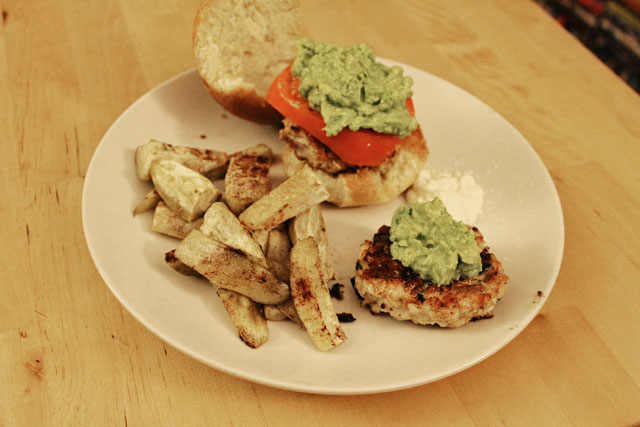 (This is Tom’s by the way, I had mine without the roll in case anyone points out that white bread is not clean/particularly healthy.  Also, I dust my sweet potato chips with cinnamon before they go in the oven if you’re wondering what the brown powder is! One more thing… the Sainsbury’s sweet potatoes are this strange beige-y colour rather than orange… curious!)