I was going to split this into two posts and then I remembered that I personally quite enjoy reading people’s trip/holiday posts where it’s one long round-up of their trip.  It’s nice to have a blog entry that you can enjoy with a cup of tea rather than eyeing a quick outfit and then clicking away isn’t it? I hope you agree, and if so, get that kettle on now – this could be a long one.

Our original plan for this trip was to stay at a spa hotel over New Year’s, but we found that every hotel we looked at charged so much extra for staying during that period the cost would be prohibitive.  So we decided to book a break a couple of weeks into the new year to give us something to look forward to.  It turned out to be perfect timing as I had quite a challenging week at work last week so by the time Friday rolled around I was crying out for some rest and relaxation.

Our trip away began on Friday lunchtime in Bath.  We checked into our hotel (Dorian House Hotel, about ten minutes walk from the centre of Bath) and started exploring.  First we had lunch in Sally Lunn’s House, which is said to be the one of oldest houses in Bath, built in 1482.  It’s home to the original ‘Bath bun’ which is a bit like a teacake.  The lunch there was pretty underwhelming but it’s a bit of a tourist ‘must visit’ so we didn’t dwell too long on our lacklustre croque monsieurs.  We had a general mooch around town, taking in all of the beautiful architecture (not to mention the blue skies!).

I allowed myself a little mosey around the shops and bought a bag and a shirt in the Urban Outfitters sale.  We didn’t have too long however before we had to leave for our little evening treat, so we headed back to the hotel, packed swimwear and headed off to the Aqua Sana Spa in Longleat for our ‘Twilight Spa Evening‘.

We arrived around 4.30 and donned our robes and towels and started enjoying the extensive facilities and experiences.  My favourite was the pool in the centre of the spa, which is open air – so you can lie back in the heated pool and watch the steam rising to the sky and see the trees moving in the wind overhead.  Breathtaking.  The steam rooms were amazing and indescribably relaxing and there was also saunas, relaxation rooms and all manner of other ways to immerse yourself in total tranquility.  I had booked Tom and I a back, neck and shoulder massage (him) and a Decléor facial (for me) and they were also perfect, I had to stop myself from falling asleep during my facial! As part of the evening we then went into the restaurant (there’s something very novel about eating dinner in a fluffy bathrobe!) and had an Antipasti platter and a glass of Prosecco each.  After more time in the Spa we headed back to our hotel some time later and slept like babies.

The next day we got up early for our hotel breakfast and went back into Bath.  I took my bag I’d bought the day before out for its first outing.  It’s a Kate Sheridan mini satchel (not on the Urban Outfitters website but on her website here).  And yet another outing for my gorgeous Clarks boots from the Idealo Winter Boots challenge, which seem to go with everything!

Tom and I were both eager to see the Roman Baths, which are obviously one of the most popular tourist spots in Bath.  The baths (a World Heritage Site) were built during the Roman occupation of Britain and are steeped in history, and have been modified and redeveloped on several occasions.  We went full tourist and nosed around with our audioguides, spending a couple of hours exploring the baths and seeing parts of the original site, which is mindblowing considering it was built over the years following 60-70 AD.  It was so fun walking around and imagining all of the things that went on there when it was in use in Roman times.  Here are some photos of The Great Bath. After we’d finished in the Baths we spent more time taking in Bath itself before deciding to head for a spot of lunch. We tried to go to The Cosy Club (on Steph’s recommendation) but they had an hour wait for tables so instead we walked to Las Iguanas and had a very yummy lunch before heading back to the car. 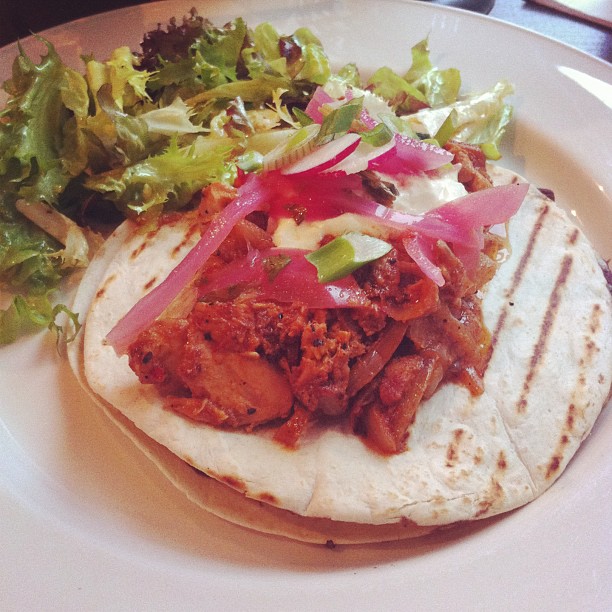 By this time it was time to head to our second night’s accomodation, Bishopstrow House Hotel in Warminster.  I’d been slightly worried about some negative reviews on Trip Advisor but boy did I not need to worry! Bishopstrow House is a beautiful country house that also has a spa and a wonderful restaurant.  Our room was divine, with a huge bed, a separate lounge area with a TV and the most gorgeous bathroom (and bath) I’ve ever seen. 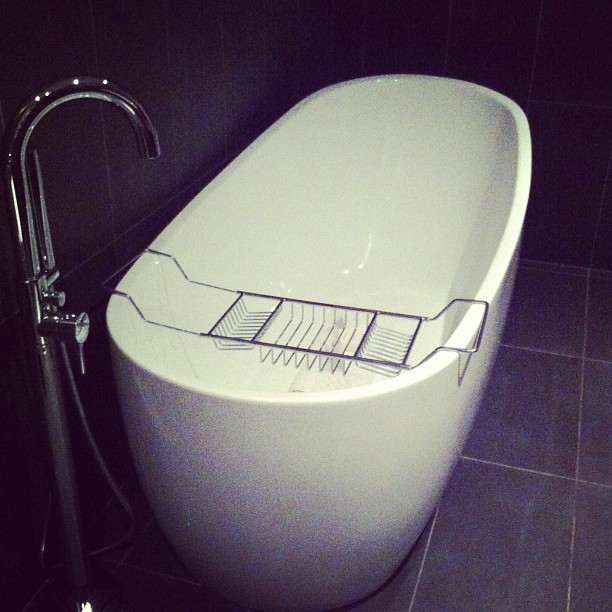 In the spirit of further rest and relaxation we donned our fluffy robes and slippers and headed down to the spa for swimming, steam rooms and a bubbly jacuzzi.  There was even an ‘experience shower’ with different settings including ‘Caribbean Rainstorm’ complete with strobe lightning effects and thunder sound effects (which Tom enjoyed until he was pelted with ‘freezing rain’).  We’d made a stop at Marks and Spencer’s on the way to the hotel to stock up on fizz so we had some champagne cocktails before heading down for dinner.  Dinner outfit;

Dinner was amazing, I had a burger and triple cooked chips and Tom had venison sausages and mash.  We then retired to their drawing room with our drinks to sit by the fire and while away the rest of the evening. We were certainly sad to wave goodbye to the hotel the following day, I’d definitely return for a longer stay in the future. After breakfast the following day we headed home, though stopping off for a nose around my favourite mini designer village, Kilver Court.  I bought a coat and some pajamas in Jack Wills before heading to their café for lunch.  After all the food we’d consumed that weekend I went for a light (and not very healthy!) lunch of Orchard Pig cider and treacle tart and ice cream. 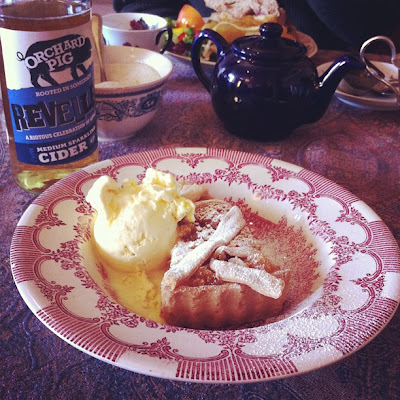 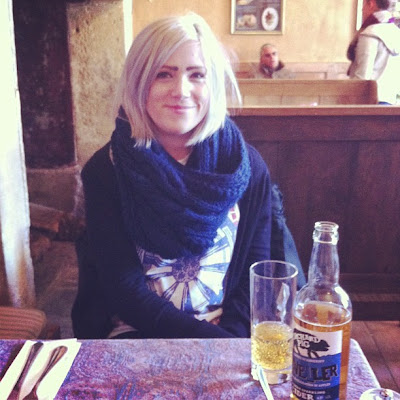 After stocking up on yummy cheeses, bread and olives from their farm shop it was finally time to head home.  It was the most perfect weekend and I arrived home feeling very relaxed and happy.  I was glad this morning that I’d booked the day off as it means I have an extra day to finish unpacking and getting sorted before going back to work tomorrow.  If only ever weekend lasted four days and involved swimming under the stars eh?