Before I start this post I want to… acknowledge I suppose that there has been quite a few different types of posts and content on this blog recently.  I think when people talk about introducing new content or talking about things outside of their norm or comfort zone they’re often apologetic but I think there’s too much in the way of apologising or feeling guilty regarding, what is essentially your space on the internet so I’m going to refrain from doing that.  When I started my blog in August 2010 (yes, that long ago!) it was almost like an online diary; just jottings of what I’d been up to.  That still forms a large proportion of my blog but the nature of my personality is that I always strive to improve things and do something new and so evolution has naturally taken its course and that’s no longer all that my blog is to me.  I put an awful lot of time and effort into my blog and I want to not only share my life with you but also write about things you might be interested in.  I plan posts meticulously and take a lot of time writing them – I never just shove something up that I’ve been sent or post a blog for the sake of it or just to fill the page.  Occasionally I’ll do sponsored posts if it’s something I think you’ll be interested in.  I’m sorry if you don’t agree with sponsored posts, I hope if that’s the case you’ll stay reading and just click past these but I’m not going to turn down payment for something that’s relevant and interesting to me, and potentially you; I’ve worked in Press and PR and I like building these relationships as I think it works for everyone.  I spend a lot of time scouring the internet for various things; presents for others, new clothes, new things to wish for, DIYs, graphics, recipes etc. and I like to think that sometimes these are worth sharing.  I also take genuine enjoyment in putting outfits together and I like to share these here too.  Again, it’s not what I started the blog for but it’s the way it’s naturally evolved and I won’t fight that for the sake of being devoted to what I originally intented this space to be for.  Posts here won’t all be about buying things or clothes, – as with the below posts a lot of the time they’ll be about stomping around the forest, eating breakfast or just sharing my week with you (and honestly, they’re my favourite posts to write).  But that isn’t all that this blog will be anymore and I hope that’s okay.

Phew! Now that bit’s over, onto show and tell.  Last weekend my good friend Charlotte came to stay.  Charlotte is actually one of my oldest friends as we met in our first year of college and were inseparable pretty much from the first day.  She’s one of those awesome friends where you can not see them for a year and then when you do you fall straight back into your old friendship.

I wanted to show her the sights and sounds of Christchurch so we obviously paid a visit to my favourite haunt, Cheese and Alfie’s.  We both had eggs – Charlotte had eggs benedict and I had eggs royale.  You can also see my ‘deluxe hot chocolate’ which was utterly divine. 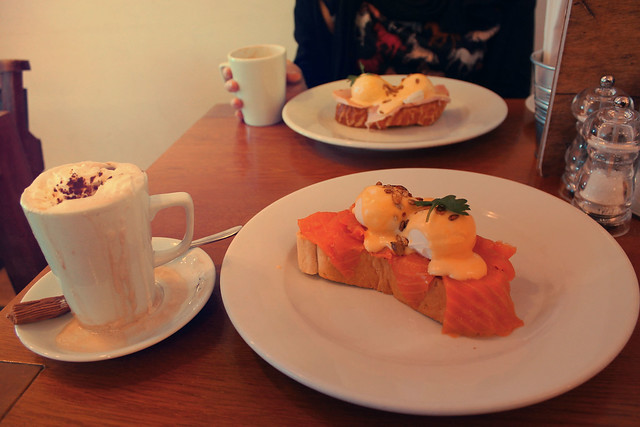 I’m not a religious person but I think that the Priory in Christchurch is just one of the most beautiful places to visit.    The church was founded in 1094 and is steeped in history and stories.  It has huge stained glass windows and is such a peaceful, calm place. 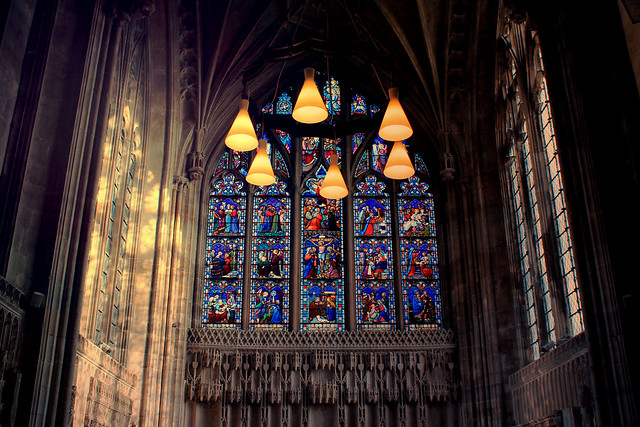 After we’d nosed around Christchurch we took Bodhi for a long walk.  We walked from where I work in Highcliffe along to Highcliffe Castle (I’m so lucky to have all these beautiful buildings and places to visit so near to me) and then back along the beach to Mudeford Quay. 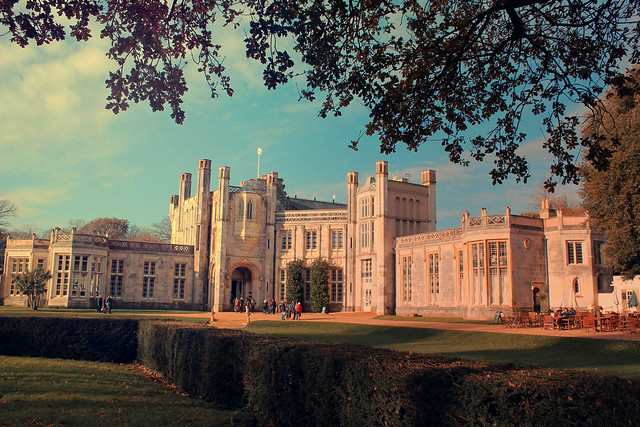 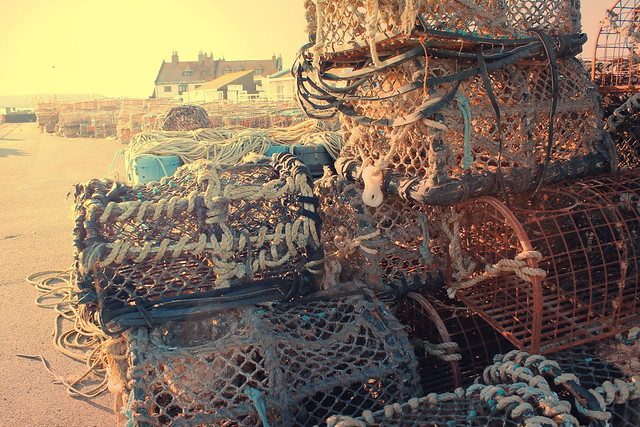 After all that walking we had hungry bellies again so I whipped up dinner and we made a huge jug of mulled wine before settling in to watch Elf, which will no doubt be watched again over the Christmas period!

On Sunday Tom and I had tickets to see Alexisonfire at Brixton Academy.  I have so many restaurants I’d like to visit in London that we couldn’t miss out on an opportunity for dinner whilst we were there and so we went to Meat Market in Covent Garden.  Meat Market has a bit of a cult following and you often have to queue (signs above the stairs on the way up state a strict ‘no queuejumping’ policy!) but we were lucky that because we went slightly before it gets busy for dinner it was relatively empty.  Situated on the mezzanine floor above the Jubilee Market it’s pretty much a ‘fast food’ restaurant; order at the till and then grab your food a few minutes later.  Tom and I both had burgers, which were huge and very messy! You don’t get knives and forks, just a big ol’ roll of kitchen roll and by the end of it I had it all over my face, hands, and jeans! Tom had chilli fries which were like a meal in themselves! It was very yummy and sloppy and very filling. 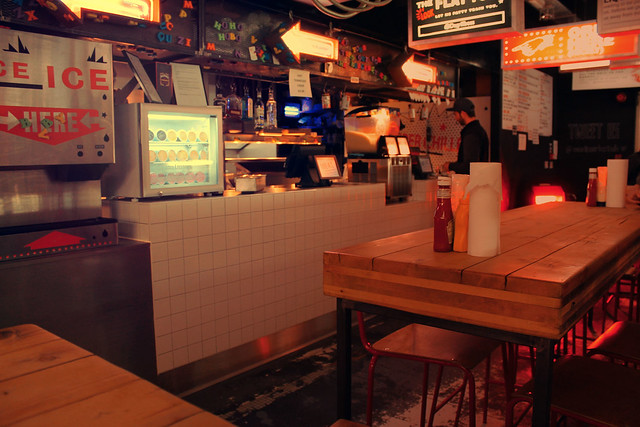 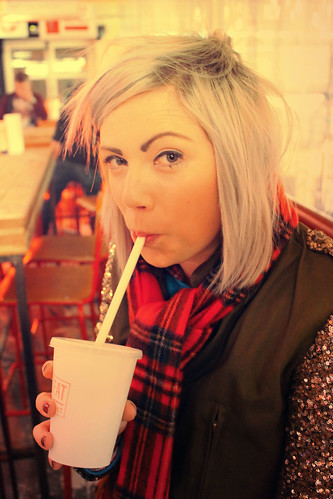 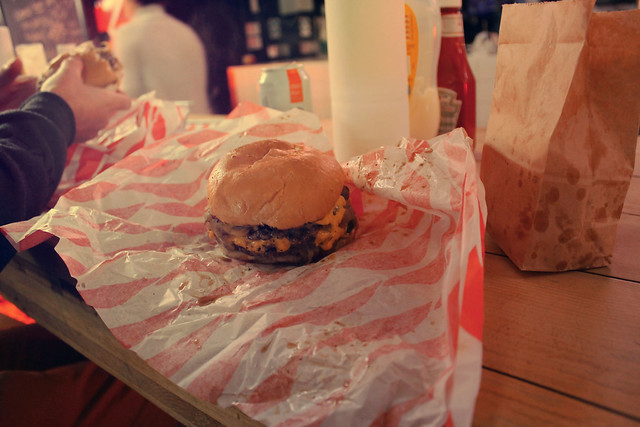 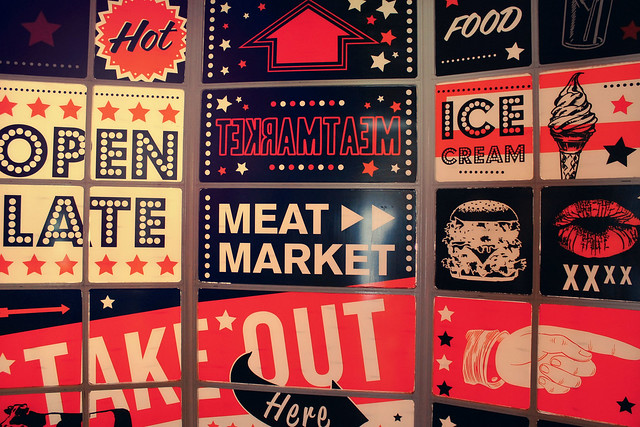 We then went on to Brixton Academy for the gig.  It was really good seeing Alexisonfire and bittersweet that it was their farewell gig but if I’m honest it kind of took the edge of it that it was quite a tiring ordeal! The coach travel in total was over five hours and we got to the Academy and 7 and Alexisonfire played until 11! I was exhausted by the end of it and then on the coach home there were loads of drunk teenagers drinking vodka and being noisy which ruined my plans to snooze in my slippers (yes I packed my slippers!)

Tom and I both had Monday off so we went and bought our Christmas tree and decorated the house.  I’m going to post about this separately as I don’t want to give you photo overload! This week has been a busy one at work along with my keeping up the exercise classes I’ve been doing so I’m looking forward to the weekend for a bit of a rest.  Have you all had lovely weeks? I only have 9 days at work left until I break up for Christmas so I’m getting super excited to have a nice break and spend some time with friends and family.