Now I’m home and back to work again (albeit in a new job!) my holiday feels like a distant memory so it’s nice to be doing this post about the last few days of the holiday as it’s made it feel a bit fresher in my mind.  It’s such a strange part of being away isn’t it? I’m beginning to be convinced that plane journeys eat away at not only your tan (how does that happen?) but a bit of your brain too! Feels like about a month ago I was there rather than last week.

On the Tuesday of last week we went to Cocoa Beach on the Central East Coast of Florida, about an hour’s drive from the hotel.  Tom (boyfriend) and Tom (brother) wanted to go surfing and I wanted to lay like broccoli and read my Kindle.  You are probably beginning to get an idea from the photos below how well that plan went! Whilst they got their surfboards I spread out my towel, smothered myself in Hawaiian Tropic, lay back to enjoy the sunshine and the heavens opened.  I got absolutely soaked, not to mention covered in sand and with all my clothes wet and the Tom’s returned to find me taking refuge under a tiny beach umbrella.  It brightened up for a little while before the clouds below swept in and the real storm began.  It was actually really eerie – you can see from the photos that the beach cleared, the lifeguards packed up, even the birds left! And there were all these beach umbrellas blowing around (made my way swiftly away from them, don’t fancy being speared by a storm-force beach umbrella!) That’s my brother in the fourth picture making his way out of the sea with his beginners’ surfboard (it was his first time).  As the winds picked up and it started torrentially raining it was actually quite frightening and the boys had to really fight to get their surfboards back to the car as they were being buffeted by the winds.  I was definitely glad to be home and dry that day! 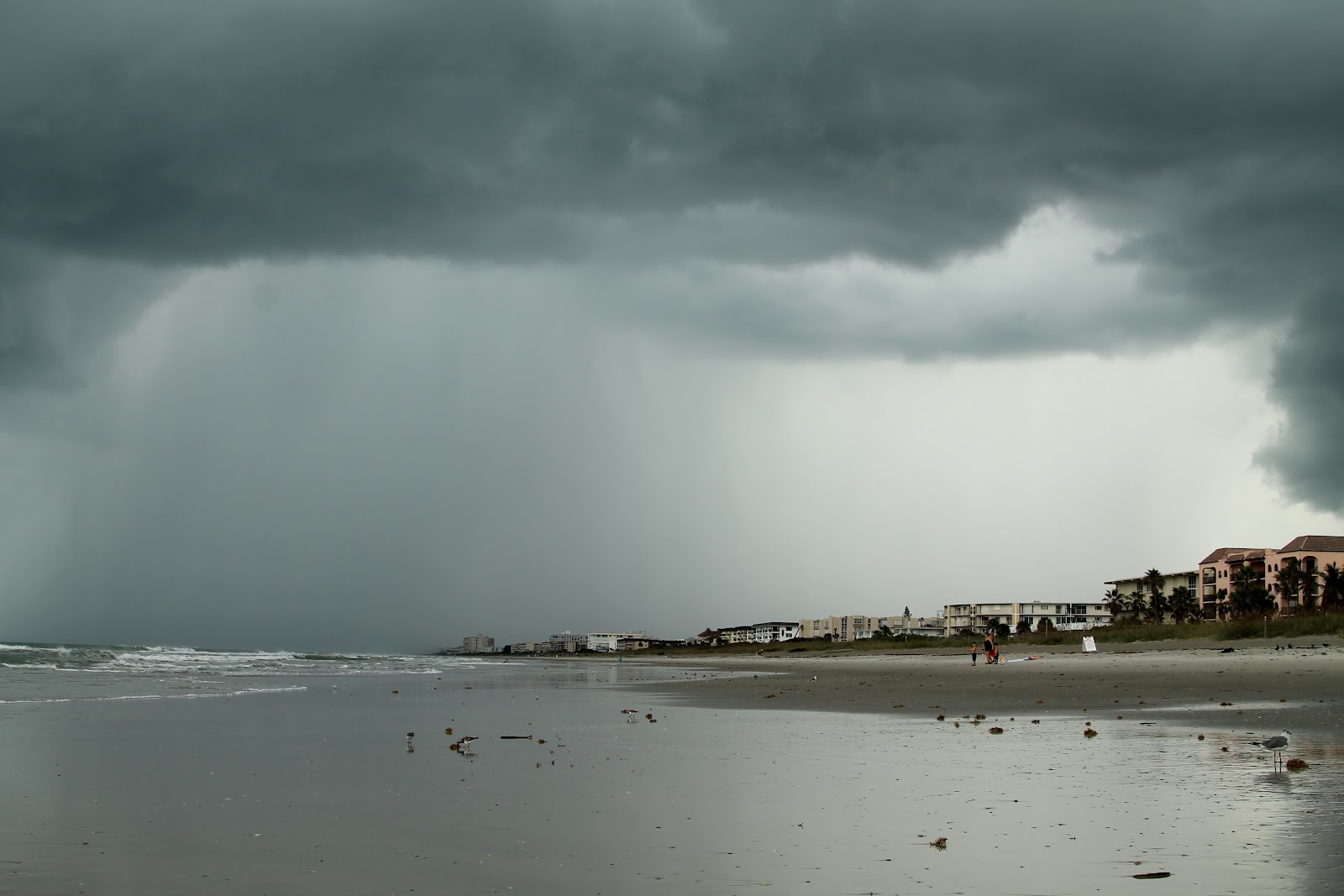 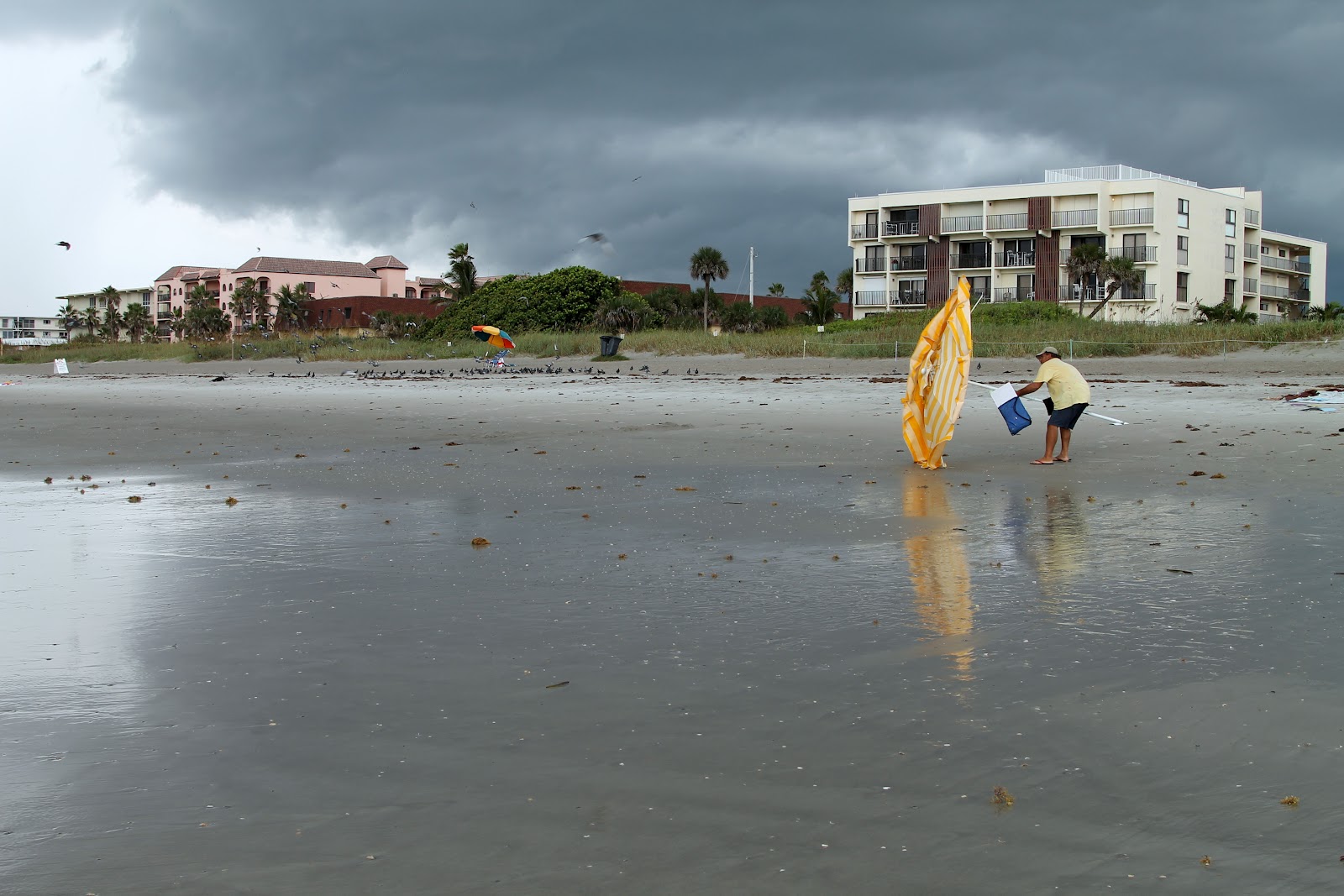 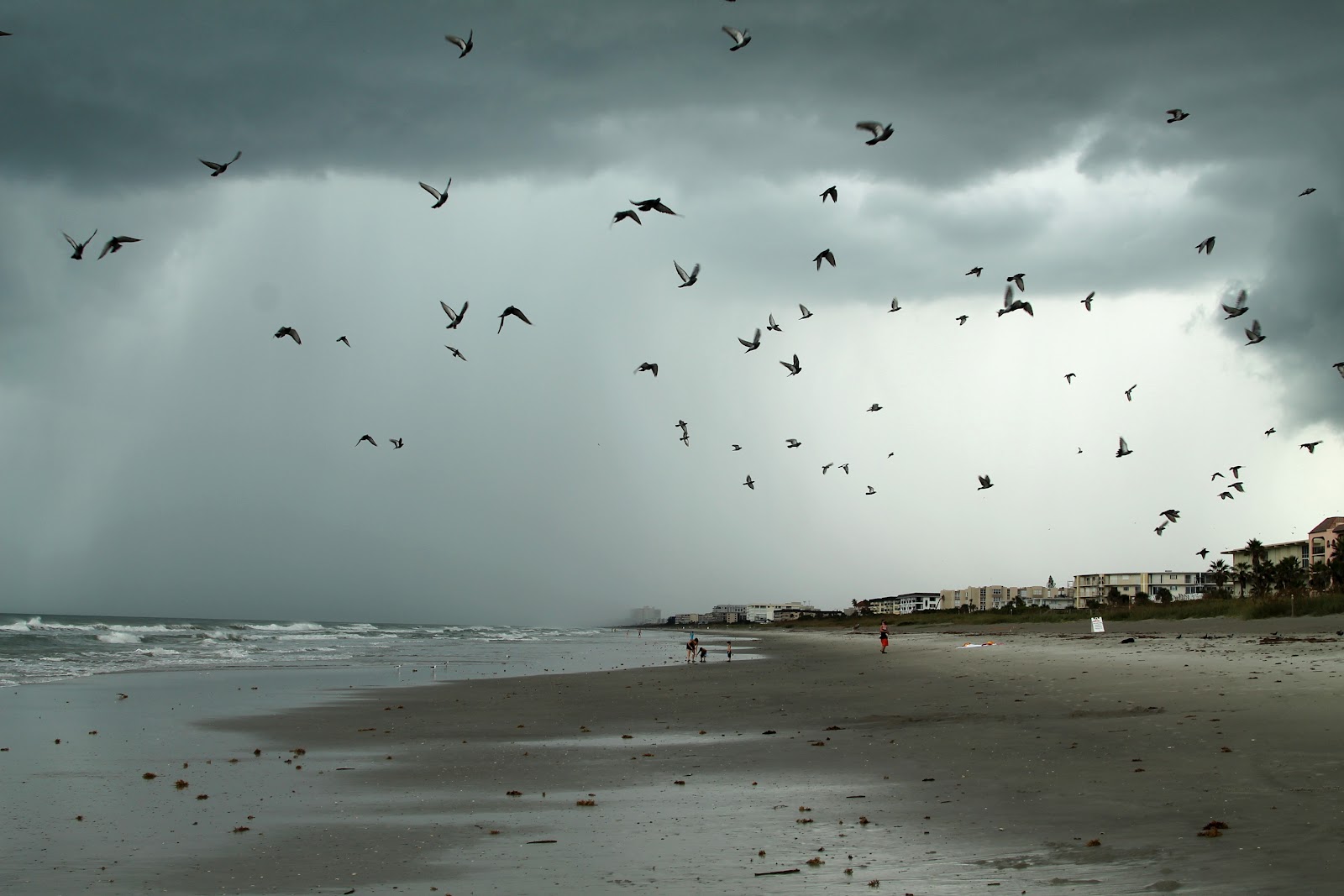 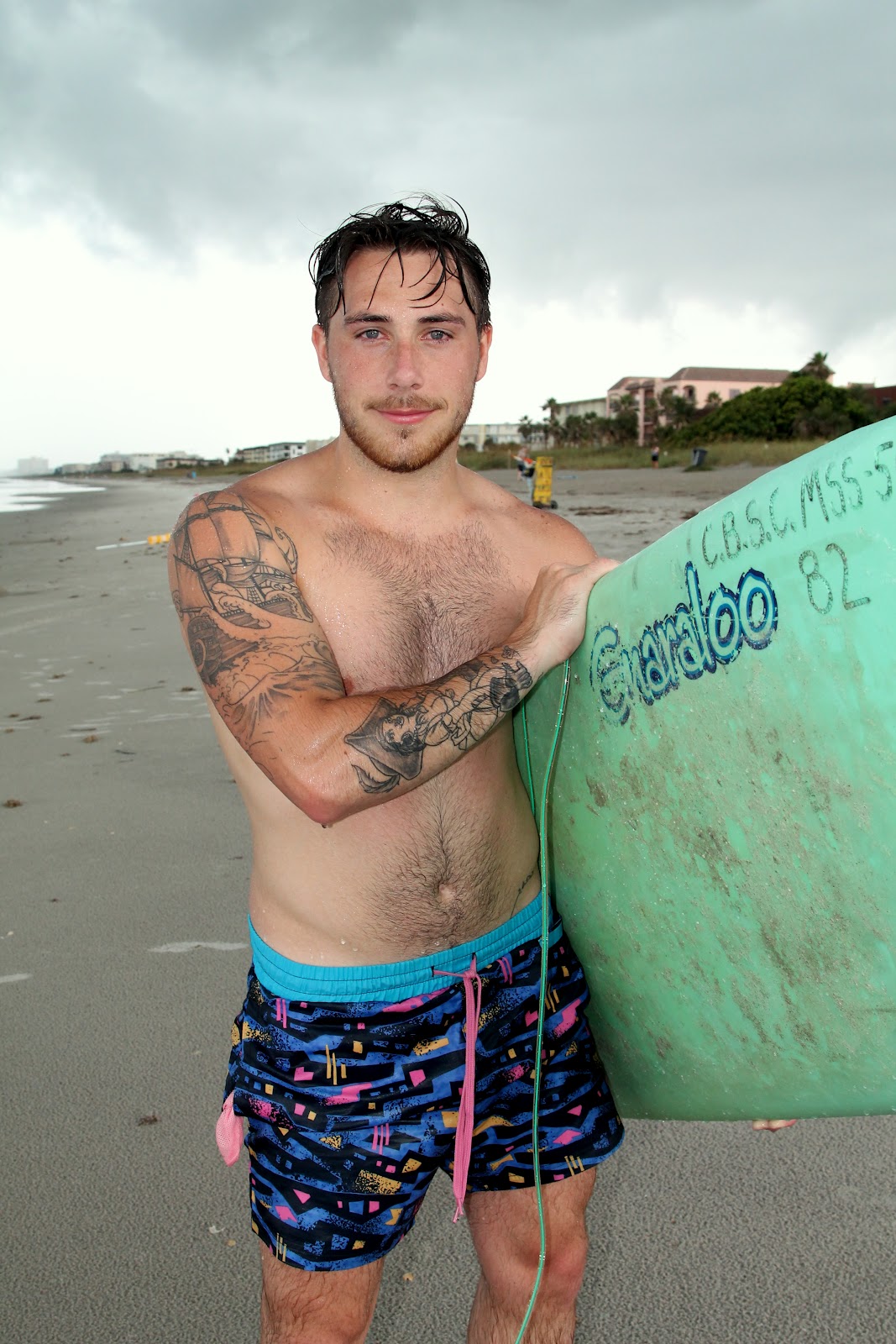 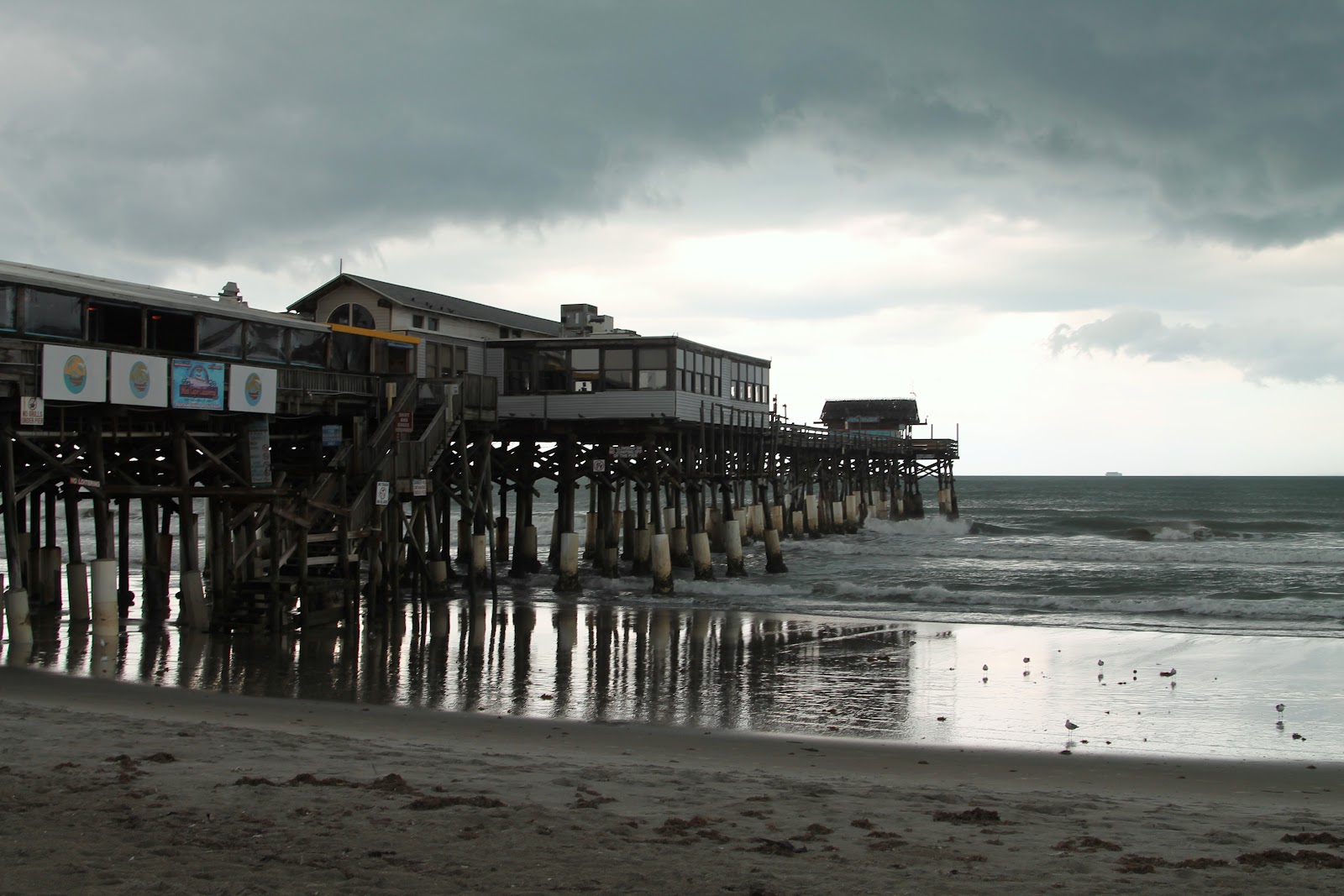 We had actually decided against going to Magic Kingdom as none of the men were particularly fussed, but on the Tuesday evening they were having a ‘Not so scary Halloween party’ where the entry was about £40 for the evening and there were parades, fireworks and trick or treating, and we decided that would be a fun thing to do.  I have to say that it was actually brilliant – compared to Universal Studios their attention to detail is amazing and it was so beautiful seeing the place all lit up at night, as well as the extra things they’d done for Halloween like glowing pumpkins and scarecrows etc.  There was a parade of all the Disney villains (as well as all of the classic characters) which was absolutely brilliant.  The fireworks display was later on in the evening and the show was incredible, there were literally hundreds of fireworks.  Around the park there were also designated ‘trick or treat’ spots where you could get a handful of ‘candy’, needless to say I queued for quite a few of those! That’s my trick or treat bag in the instagram photo…. it was mostly children queuing but I never miss out on an opportunity for free sweets! 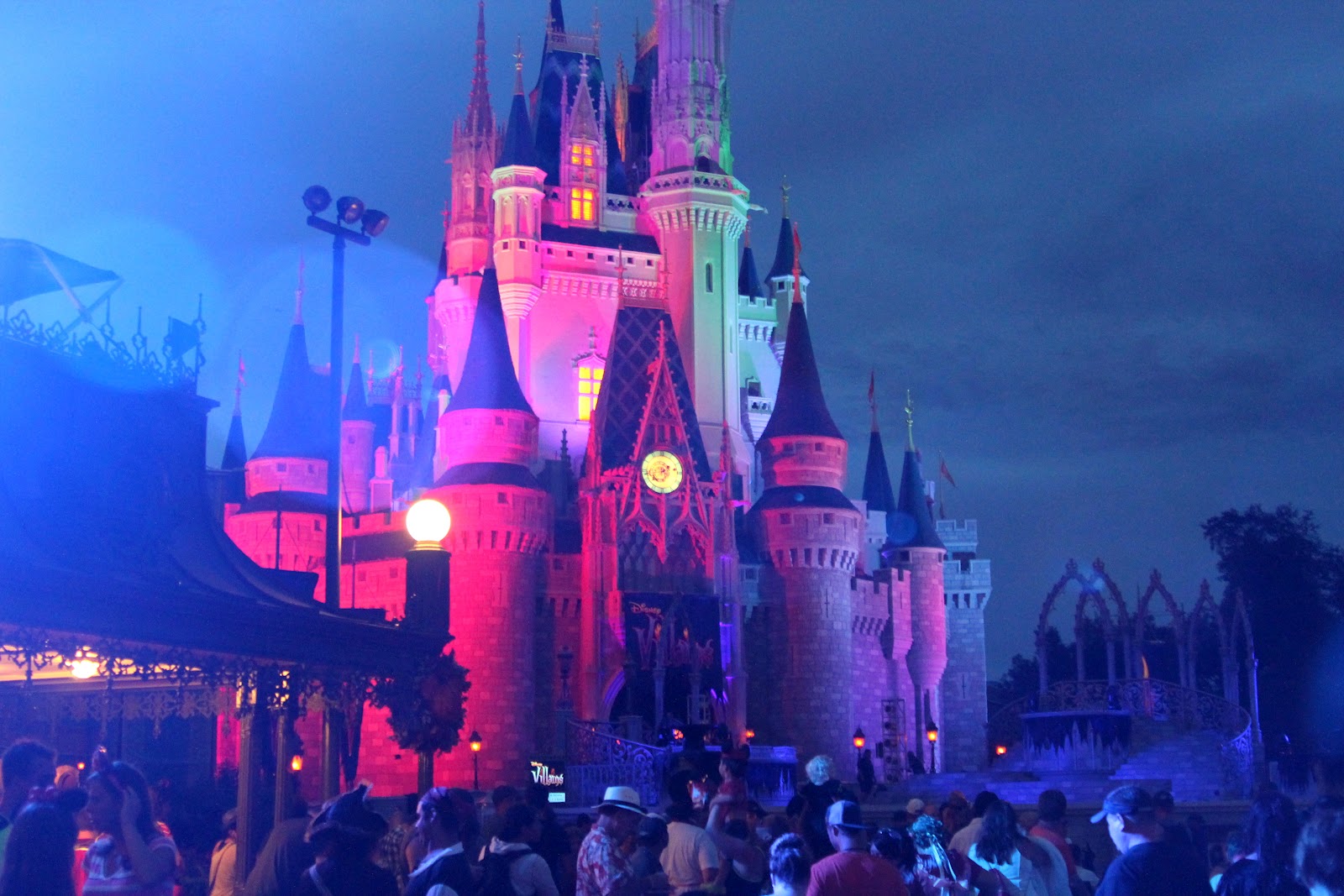 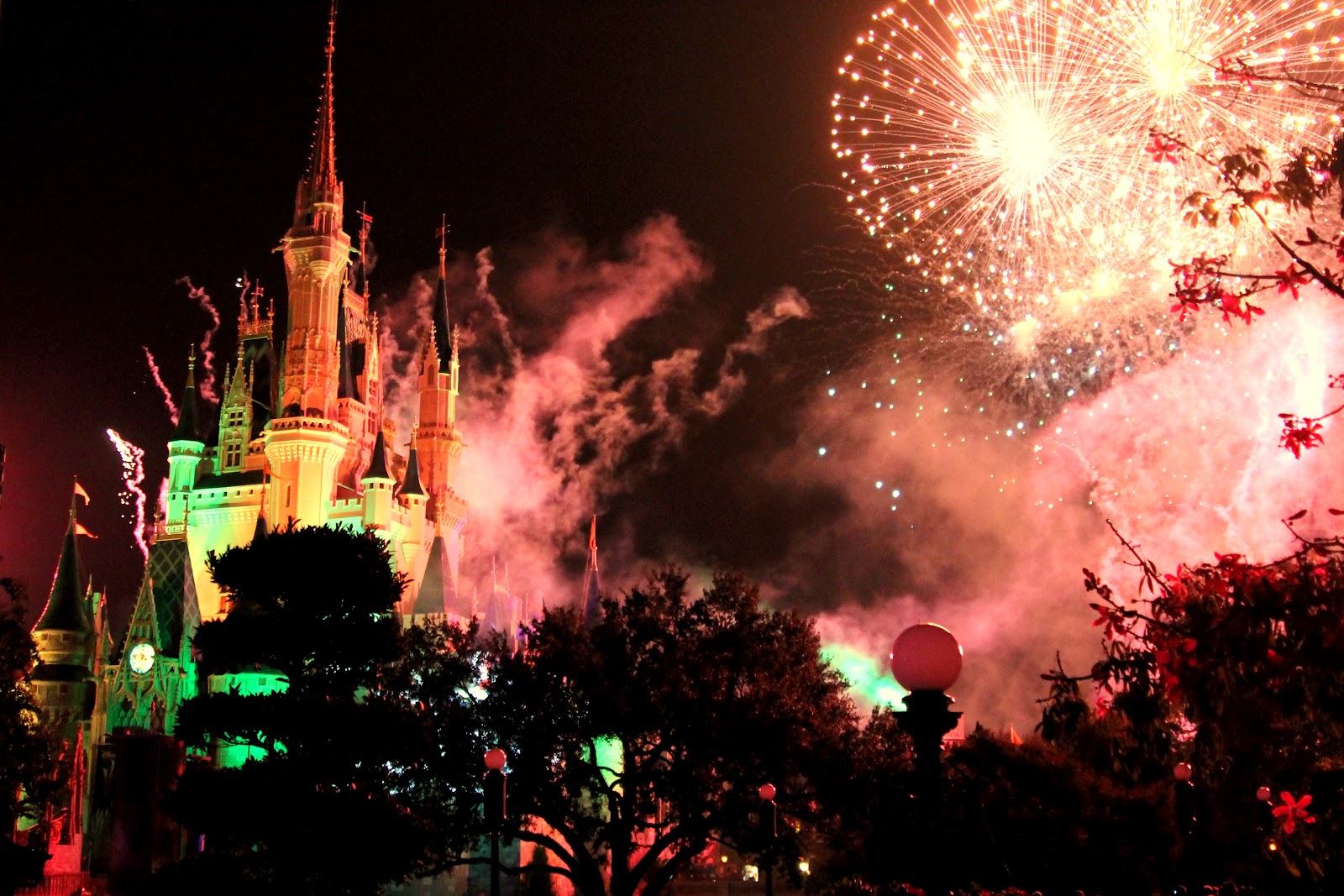 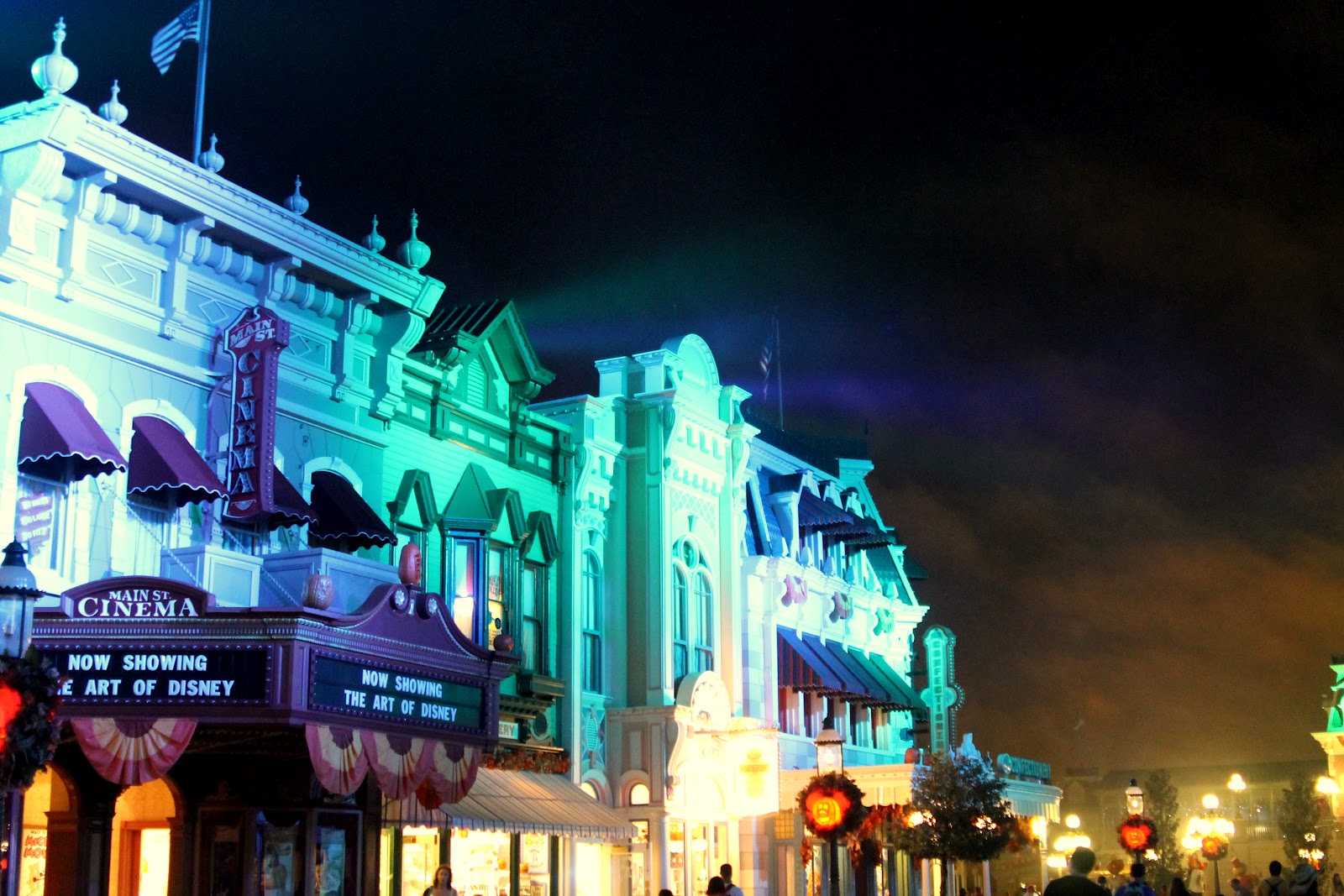 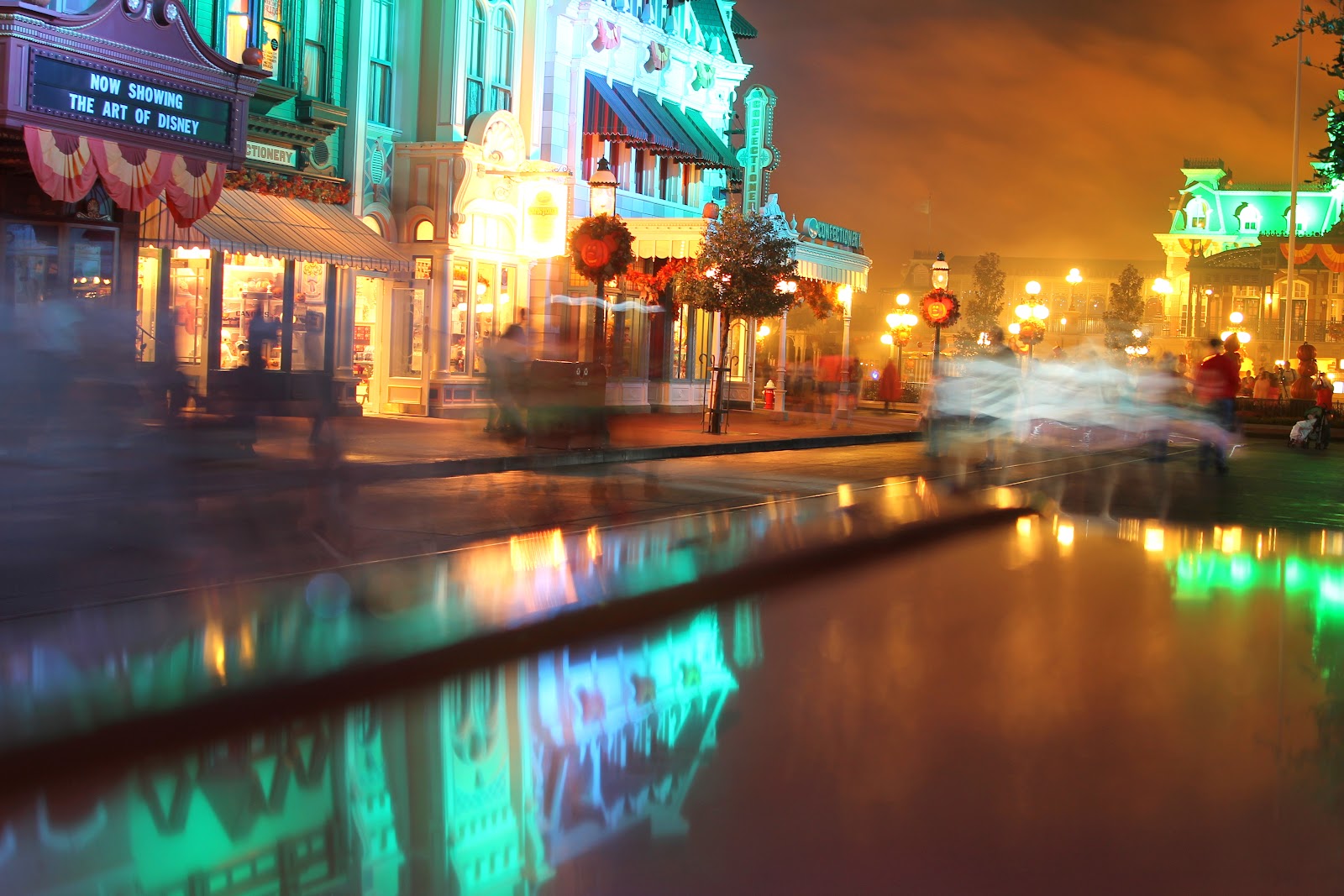 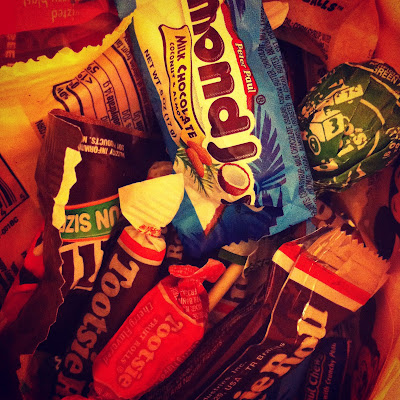 On the last day evening we went to the restaurant that was on-site at the resort, which was what they call a Hibachi-style restaurant (apparently really called teppenyaki, so says Wikipedia), where the table surrounds an iron plate and the chef cooks your food in front of you.  Has anyone else ever been to a restaurant like this?  I thought it was amazing and really theatrical.  Tom and I shared a steak/chicken combo which was about £18 each and there was so much food – we started with an onion soup, then a salad, then the chef cooked the rice, then shrimps, and then lots of vegetables, steak and chicken.  It was absolute delicious and such a great experience.

The first picture is me before the dinner; it was getting dark so it looks like the flash came on, I don’t really have a shiny face (it’s really not the most flattering photo of me generally but oh well!) 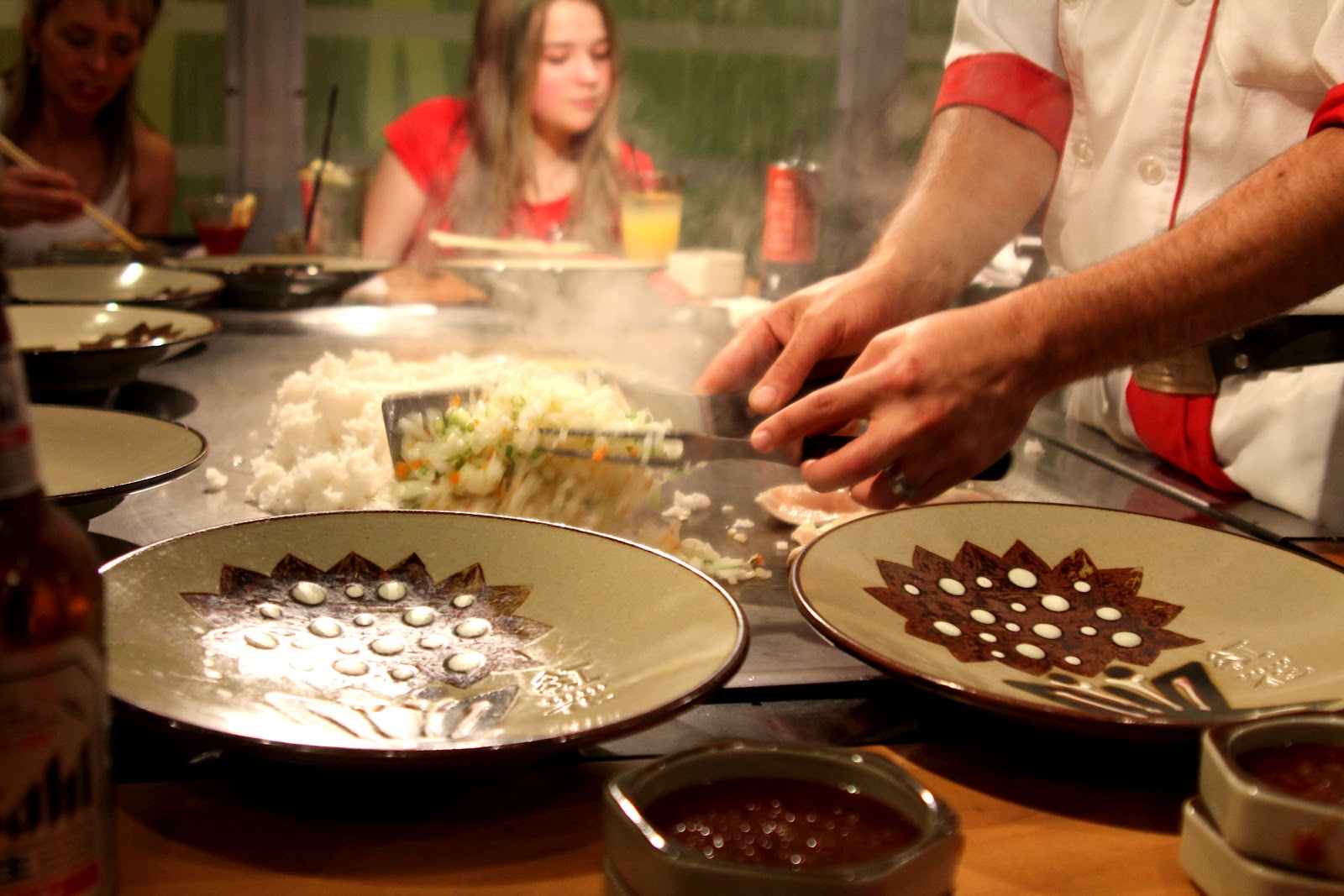 And then of course on Friday we flew home – it was a night flight and I only managed to sleep for about an hour and to be honest I’ve been absolutely shattered ever since!  I can’t remember having jet lag from coming back from America before but it has killed me this time, I am exhausted!  I started in a new job on Monday so I’m now settling into that and really enjoying being home.  I am still catching up on lots of blog reading so sorry if I’ve been absent from commenting/reading recently, I’ll be back! 🙂