Do you ever do that thing where you have loads to do and instead of doing any of it you just sit around thinking about how you have loads to do?  Totally doing that right now.  On Thursday we’re off to my parents’ house before leaving for Florida on Friday.  I am insanely excited but also I need to pack and sort out all the boring things like money and insurance.  And I have some awesome posts that other lovely bloggers have sent me that need scheduling in.  And emails that need replying to.  Eek!

I wanted to write a longer post about End of the Road but you’ve probably got by now that I’m a bit of a procrastinating busy bee so I’m just going to keep it short and stick up a few photos of my new favourite thing instead… I’ve been on the hunt for a bowler-esque hat for what feels like forever, which only increased every time I read Amy’s blog (The Little Magpie) – I want to look that cool, dammit!

I found a couple of vaguely cool hats on stalls at End of the Road and then I happened upon this little treat in a £5 bin at the Oxfam tent.  The guy on the stall said that it was the Cinderella hat and tons of people had tried it on but it hadn’t fitted anyone, and luckily I have the combination of both a pea head and a desire to balance it precariously and hipster-ily (not a word) on the back of my head and so it was to be mine.  It was probably the best moment of the festival.  It is all lined and feels so well made. 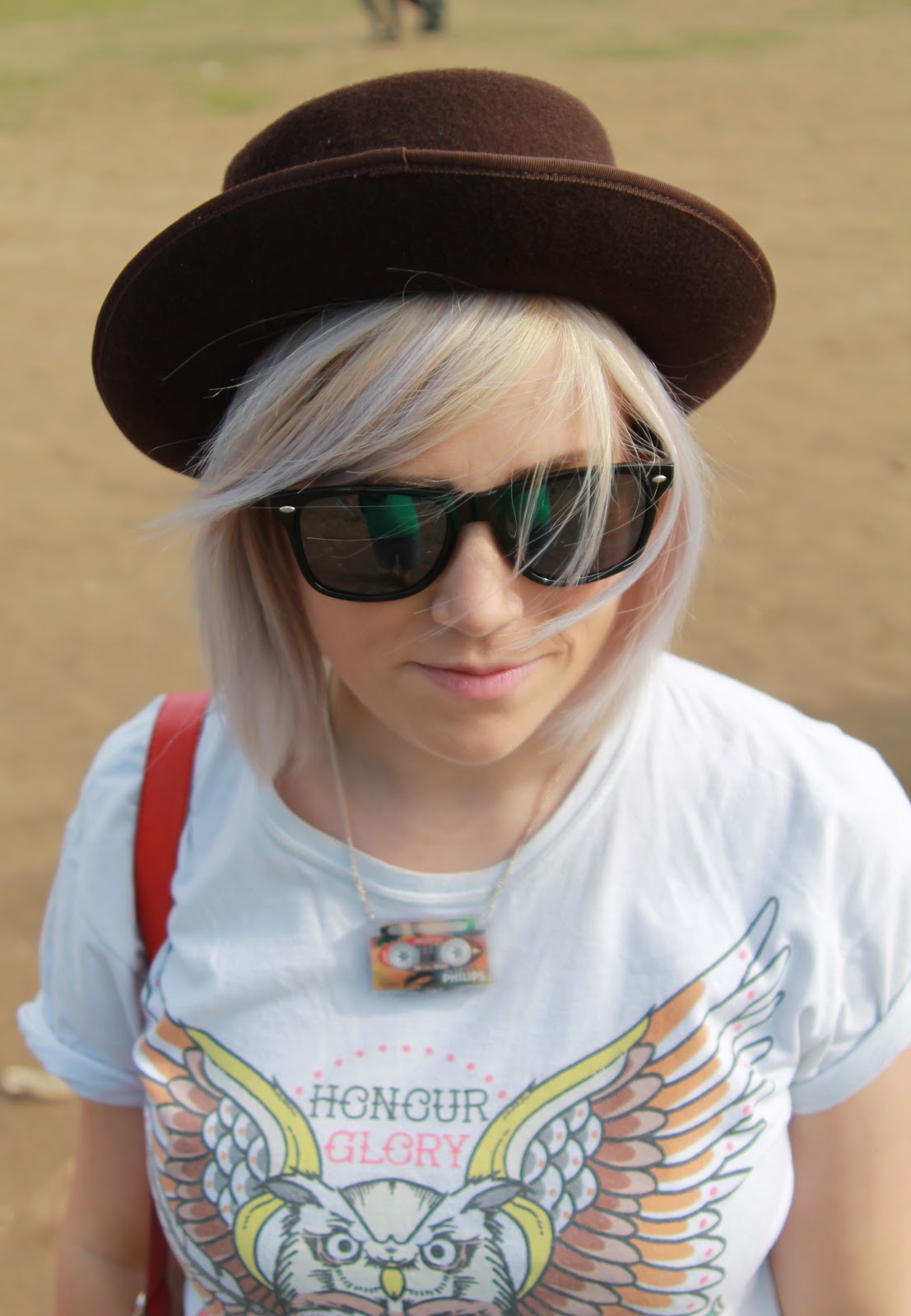 I am hoping to put up some photos (maybe even a video, ooOOohh) from End of the Road on Thursday before I go, plus there are several scheduled posts from some lovely internet type people to keep you company whilst I’m away, so what I’m basically saying is DON’T FORGET ME whilst I’m on holidays!