I’ve done quite a few posts recently on specific topics or product reviews but as I’ve mentioned before I do love a good old catch-up post (with a special love for Ayden’s, she is queen of the blogular catch up!) so I thought I’d share with you some bits I’ve been up to over the last few days.  Actually, come to think of it, I love catch ups generally; there’s nothing better than tea, cake and a natter is there?

On Friday I went out in Southampton with my lovely friends Fleur and Nicole.  Fleur is a long time friend who recently upped sticks and moved to America to live in a big house with her rock star boyfriend (is there such a thing as life jealousy?) but she’s home for a few months so it was awesome to have some drinks and catch up (see, I told you I love catch ups).  There was dancing and Dr Dre karaoke (with my comb as a microphone, obvs), and then there was more dancing and mozzarella sticks on the way home.  It was great.  Whilst I mention Fleur, she has just started her own blog which I highly recommend you have a nose at.  She is a right beaut and I want her shoe collection.

As it was a ‘ladies night’ (bar honorary lady Nicole’s boyfriend), I was without my trusty blog photographer boyfriend but I’ve discovered there were a couple of snaps of my outfit tucked away on my phone.  My top is from Glamorous [£22.99] and the trousers are the Boohoo disco pants [£20].  I bought these because I’m too stingy to shell out £70 for the real ones but I’m not sure they’re much of a comparison – they don’t have pockets, seams or a button etc so they’re really just high shine leggings.  I’ll do a proper outfit post on them soon.  My necklace is from the amazing jewellery shop Kukee, which I discovered after seeing on Gem Fatale’s blog and instantly blew about £15 on! 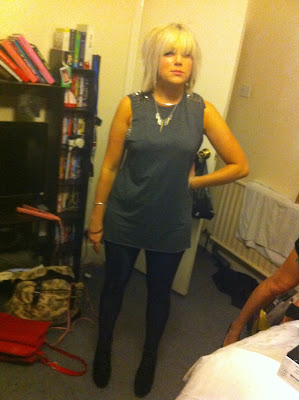 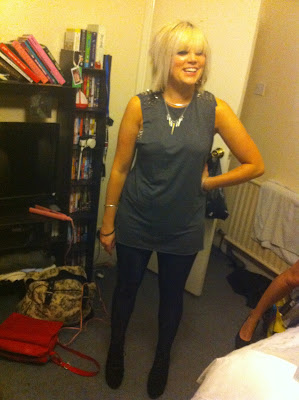 On Saturday we had the obligatory post-night out Vodka Revs lunch (their peppercorn burger was just what I needed) and then all disappeared home for afternoon naps and telly catch-ups.  Is anyone watching The Bachelor with Spencer from Made in Chelsea? It’s so cringe-y but kind of addictive viewing.

On Sunday I did more lolling around and found a window of sunshine to sit outside and eat my lunch in and then take the dog for a walk.  I’ve been trying to get out and about with my new camera as much as possible to get used to all the different settings so I took some macro shots of the rain.  The bokeh in the last photo was completely by accident. 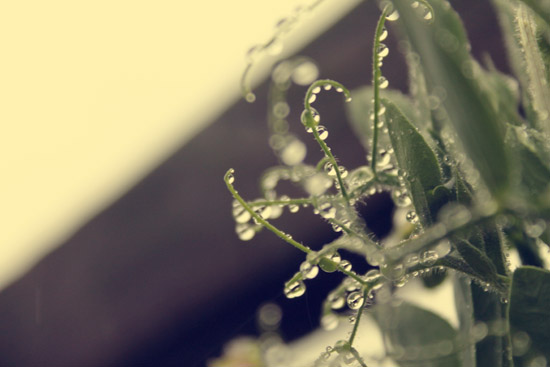 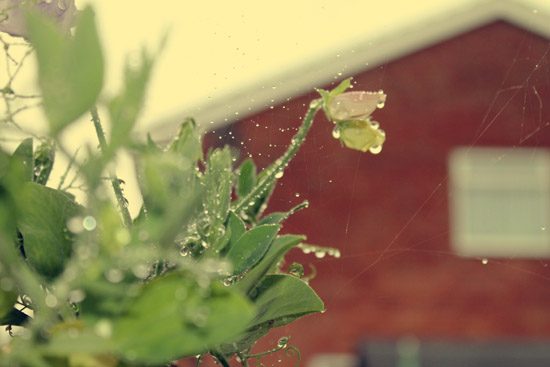 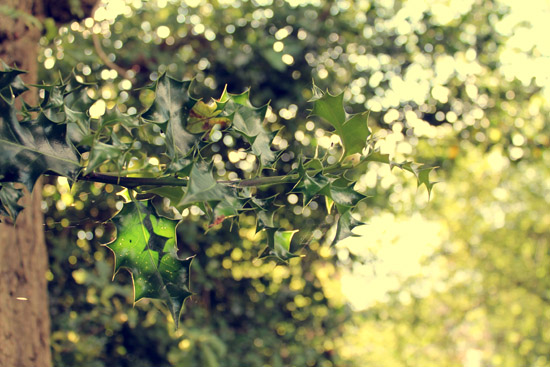 I have quite an exciting meeting tomorrow afternoon about something quite different me (basically doing something different at work) so you’ll have to wish me luck for that! Long time followers of my blog may remember a post I did last year called ‘Change is good‘ and I’m trying to practice what I then preached by putting myself out there for a new challenge.  Excitingscary!

I spent quite a lot of time this weekend catching up on blogs and finding new ones.  Here are five I’m loving lately (or always!)…