I had such an awesome day today.  Tom and I have been apart a bit lately due to us both working away so we decided to book the day off work and spend some time together enjoying the sunshine.  We went for a bike ride in Bolderwood in the New Forest and took the dog so he could have a good run around too.  It was such a beautiful day and because it was midweek there was no-one else around.  I’ve had a bit of a cold and a bad throat lately so it did me good to have lots of fresh air! We only cycled about four miles as we had the dog and because it was so hot it made it difficult to do too much strenuous cycling!

Tom had suggested we had a picnic for lunch so we went to Sainsbury’s on the way and bought half of their deli counter (lots of yummy tarts and pies!) along with some crisps, dips, Prosecco, strawberries and cream.  It was so nice being out in the forest in the sunshine with a glass of ice cold fizz (Tom has a cool box!) Then we came home and spent some time sorting out the garden.  We now have a little water feature and lots of things are flowering and growing.  It’s going to be amazing for barbecues soon! We were going to go swimming tonight but I’m too exhausted from all the sunshine.  Have you been enjoying the heat or have you been stuck at work all day? I’ll be back there tomorrow unfortunately! 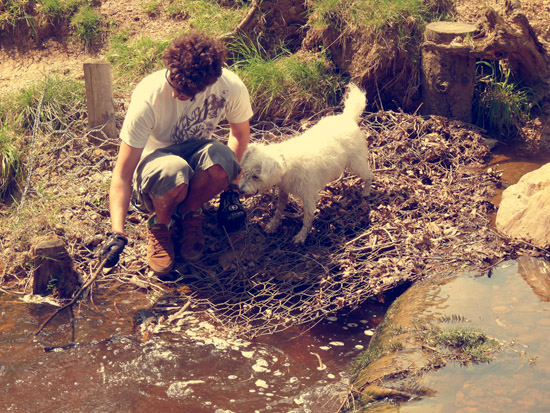 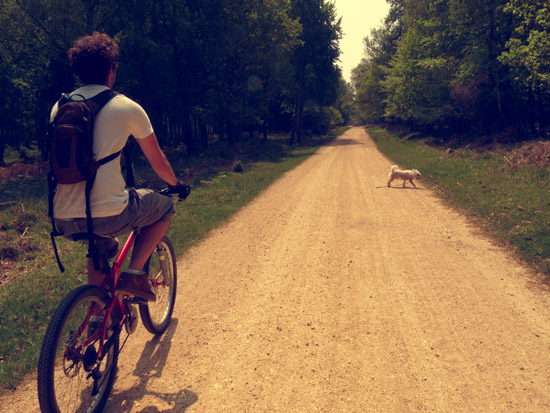 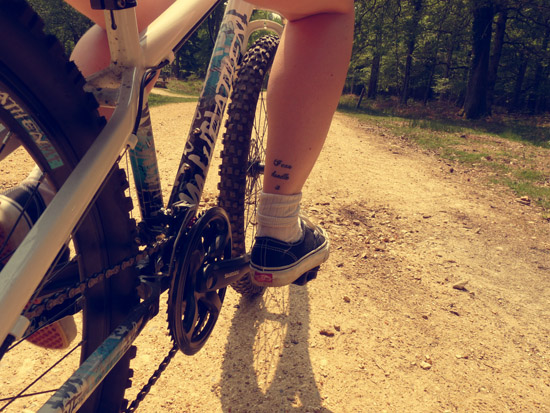 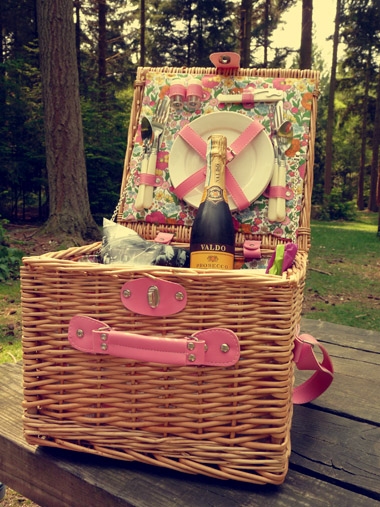 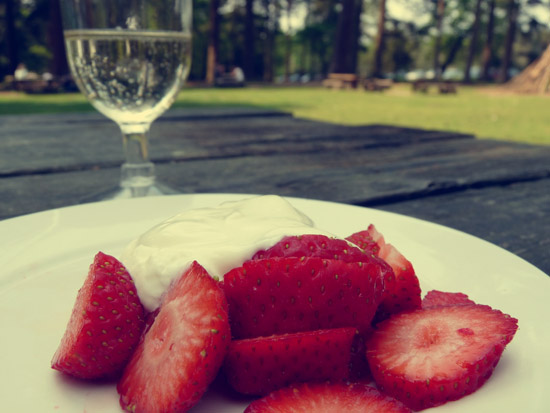