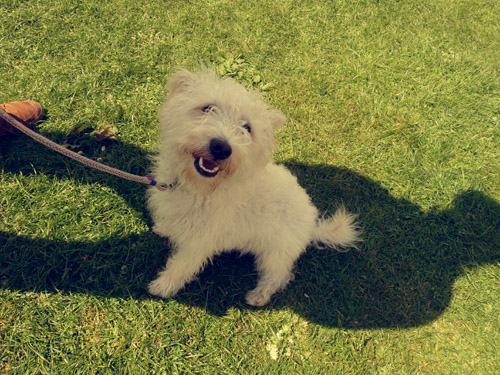 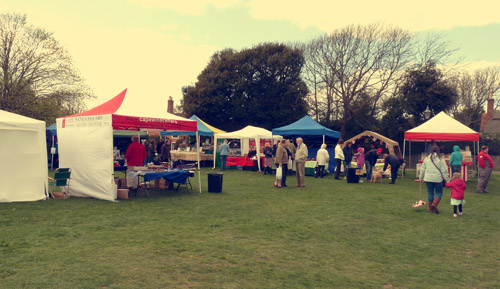 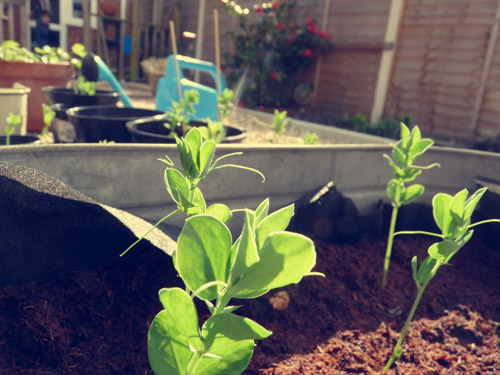 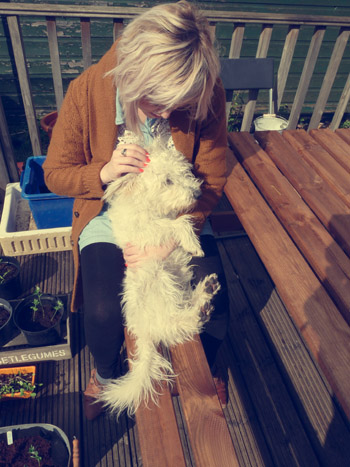 Just a few photos from last Sunday; I know it was Sunday because the sun is shining in the photographs and the sun definitely has not had his hat on for the last few days.  On Sunday we were up bright and early to go to Lymington car boot sale, though we came home empty handed.  I was dreaming of vintage crates and shabby chic furniture (not the kind they made on The Apprentice) but alas it was a lot newer things – toys and tut mainly.  At lunchtime we went to Milford on Sea food festival, which was less of a festival and more a row of marquees but we still indulged in a hog roast, bought some local cheese and had a cider in one of the pubs. There were lots of other dogs being walked around the food festival so, as you can see from the first photo, Bodhi had a whale of a time (probably also contributed to by the wafting smell of frying sausages).  In fact, I overheard a lady at the car boot sale saying “That is the most excited dog I have ever seen!” Bless him, he doesn’t spend much time around that volume of other people (and dogs) regularly! On Monday evening we took the little pup to his first dog training class, which was a stressful experience to say the least.  Bodhi was the naughtiest and barked at all the other dogs to such an extent that he was not allowed to partake in doggy line dancing.  They do ‘clicker training’ and they showed me how to ‘waft a sausage’ in front of his nose and then teach him to heel by making him follow the sausage but unfortunately by the time I’d walked to the end of the hall nearly all the sausage was gone.  Naughty Bodhi.

As I mentioned, the sun took his hat off on Monday and then the mean wind blew my mini greenhouse over on Monday night.  By a stroke of luck [?] Tom had actually forgotten to put all the pots back inside when he watered them so instead of being smashed all over the gravel they were just very soggy and very windswept.  The sunflower didn’t make it though, which has made me sad as I was growing it to plant where we buried Pancake hamster when she died in February.  I will grow another.  All was not lost however as yesterday I came home to a gorgeous little package of seeds sent to me by the very kind Sally, so I am looking forward to getting those planted.  Along with blowing over the greenhouse, the wind and rain have been so bad that our ferry for our little mini-break to Jersey today was cancelled so we went for a little mooch around the shops in Bournemouth instead.  I ended up having a bit of a splurge in Primark as it was so well laid out and tidy (and empty!) so it was very easy to find lots of nice things to buy! I’m sure I will blog about them soon.  Hopefully we will still be able to go to Jersey this week, though with rain forecast every day I’d better pack my umbrella!

Hope you’re all having lovely weeks so far….