This weekend was somewhat bittersweet – we celebrated Tom’s nephew’s 1st birthday on Friday, we picked up our new puppy and we also scattered my Grannie’s ashes into the sea at Daymer Bay in Cornwall.

My Grannie wrote (and had published) a poem some time ago which talked about being laid down in the Camel river, and we knew we wanted to scatter her ashes in the Camel Estuary in a really beautiful place near Polzeath in Cornwall.  So, on Saturday we drove down to Cornwall and scattered her ashes into the sea, with some hydrangeas from her garden, and read her poem.  Though it was tinged with sadness, it was a really beautiful moment and so fitting for her.  I took this photo a little while afterwards, it makes me smile because there is so much going on! (The dog casually trotting by does not belong to us!) My Grannie’s husband and my Mum are on the left, then my boyfriend Tom, then my Dad, then my brother and his girlfriend on the far right. 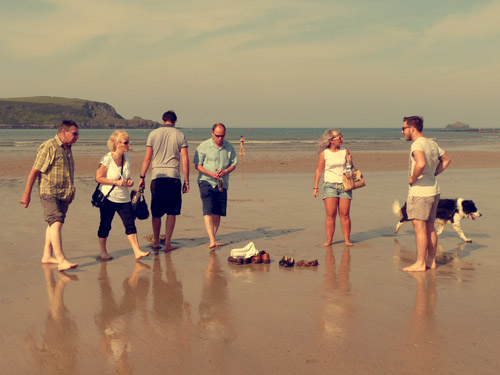 We then walked to St Enedoc’s Church, a short walk from Daymer Bay.  It is a beautiful church – for 300 years it was almost completely buried under sand dunes and once a year the vicar and parishioners used to hold a service and had to gain access to the church through a hole in the roof! It was unearthed in 1864 but it still has banks all around it.  The poet laureate John Betjeman is buried here – here is a line from my favourite poem of his, along with some photos of the church.  I can’t get over what the weather was like on Saturday, it was so hot! 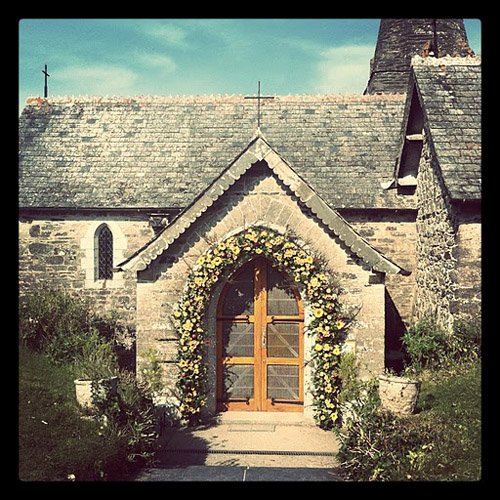 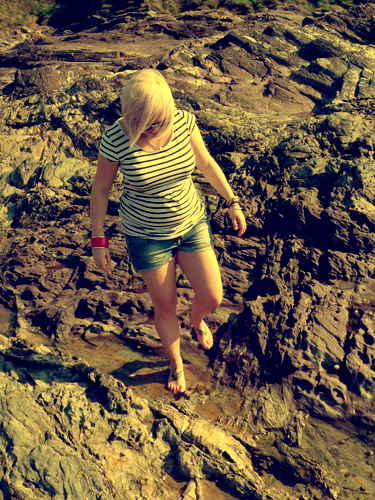 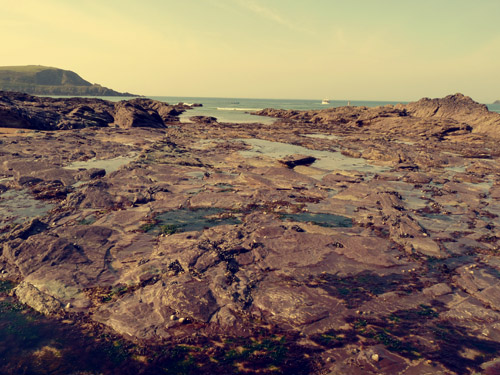 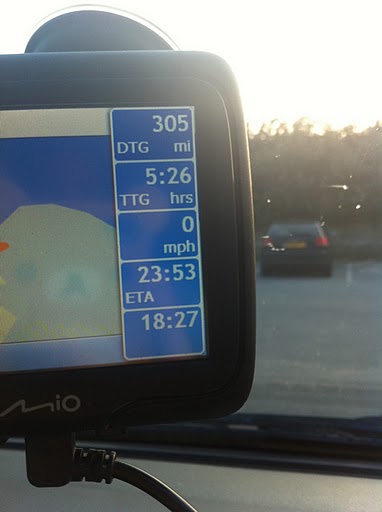 We then walked from Daymer Bay round to Polzeath, a walk that we’d done with my Grannie only about a year before (and it is quite a long walk!) Two photos above is me trying to navigate some craggy rocks after we went rockpooling on the way…

After a drink, and some dinner sat out on a balcony overlooking the bay in the sunshine (bliss!) Tom and I began the long journey to go and collect our new puppy from Cartmarthern in South Wales.  Such a joy to see these sort of distances on the sat nav! In the end we only managed to drive until about 9 o’ clock, and after a hot chocolate we bedded down in a service station car park for a night’s sleep.  We were up again to start the drive at 8 am, finally meeting the breeder’s around lunchtime.  We chose our puppy, had a long chat with the breeder’s about looking after him and which jabs he needed and so on and then we were on our way.  Another five hours later, we were home!

We originally liked the name ‘Ralphie’ for our little woofer but now we have taken to calling him ‘Bodhi’ (pronounced like Bodey).  Bodhi is our favourite character in one of our favourite films, Point Break (played by Patrick Swayze) and is also a Buddhist word meaning enlightenment or awakening.  Our puppy seems to be answering to Bodhi so I think we will stick with it.  Here’s Bodhi having a cuddle with Tom when he got home. 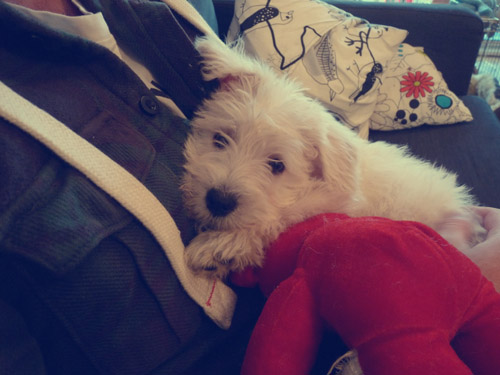 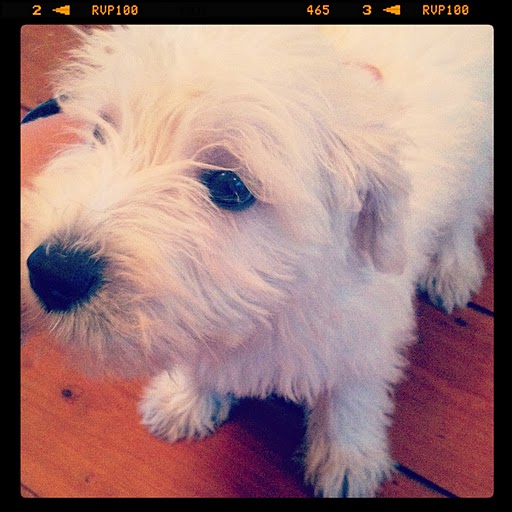 Last night he slept all through the night and only woke up this morning when Tom let him outside for a wee (he already knows he wees outside!) Today he has been happy playing with his chew toys in the study whilst I work from home – so he is being a very good boy so far!

In other news, on Wednesday after work I am going for a drink and a catch-up with Kim, Laura and Michelle, and I am so excited already! Will be so lovely to see Kim and Laura again after I met them at the SW Blogger’s Meet, and meet Michelle for the first time!

Hope you all had lovely weekends and enjoyed the sunshine!