Well, another week has passed without a blog – however, I have an excuse this time because I was down in Cornwall (and Bristol) in my other half’s camper van, drinking cider, having barbecues and exploring lovely little Cornish villages.  I had an absolutely amazing time, but I feel like I need another break now; going back to work today was a bit of a shock to the system! That’s the problem with having time off – you always cram as much in as possible and then come back absolutely exhausted! (Not to mention coming back to a pile of dirty washing!)

We stayed in Widemouth Bay, which is near Bude in North Cornwall.  I was born in Cornwall so I always feel a bit like I’ve come home again driving through the windy streets and along the rocky coastlines.  Our camping experience mainly consisted of lots of barbecues, berry ciders and sitting in our new camping chairs. We also had an electric hook-up so did lots of watching episodes of The Wire in bed on the laptop!

Widemouth Bay, where we stayed, was really pretty…. 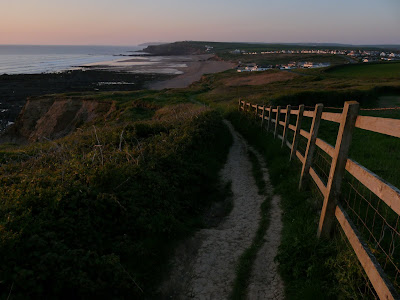 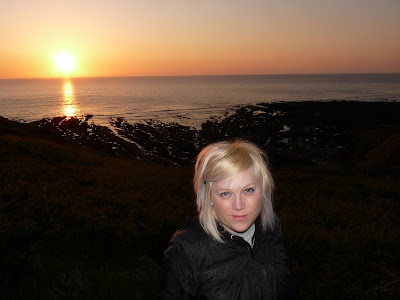 This is me when we went for a walk to watch the sun go down.  I am still getting used to seeing myself with such blonde hair! 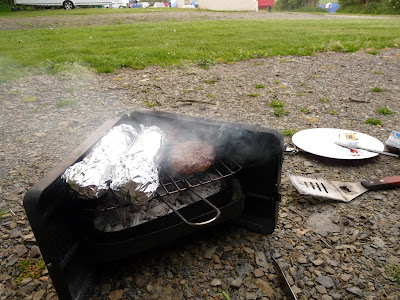 My other half is a keen surfer and had a couple of ‘sessions’ out on the water whilst we were down there. Here is a quick snap of him I took from the beach.  Slightly guiltily I have to admit that I am not the ‘cool surfer girlfriend’ and usually spend my time whilst he is surfing reading trashy magazines in the warmth of the van! 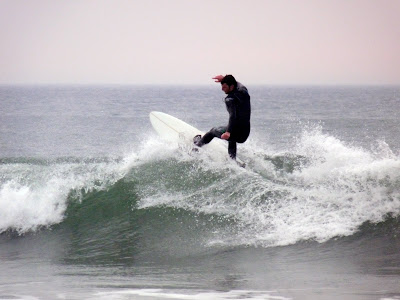 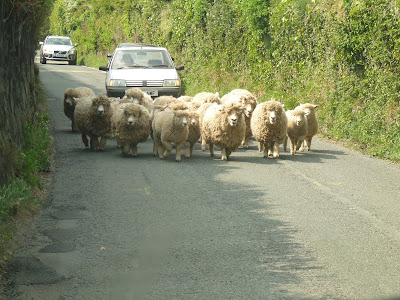 On Sunday we went to Bristol for a music festival that a friend of mine had put some bands she works with on the line-up for. One of those artists was my other half’s good friend (Microburst) who did a DJ set in the evening. 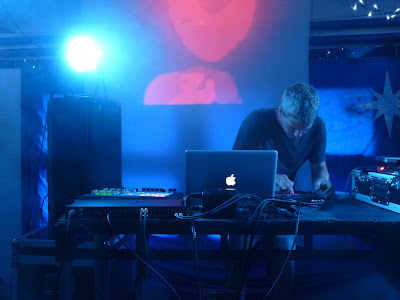 Yesterday we spent the morning shopping in Bristol – I had one of the most pleasant Primark experiences in their massive shop in Horsefair – it was laid out nicely, practically empty and there were no queues! Must have had something to do with the fact that we went fairly early in the morning as I hear that ordinarily it is quite busy.  I will show you my haul of clothes in another post as I have waffled on quite enough in this one.  In other news I have nearly 30 items running out on EBay tonight and I can already cross off my ‘make £100 from EBay’ goal for this year! Hooray!