Just arrived back into the flat after two and a half days away in the Lake District for New Years.  I took about a billion snaps but rather than boring you by talking you through all of them I’ve put a few of my favourites at the bottom of the post.

We arrived on Friday afternoon and had a little explore of the lake in front of our hotel (Lake Windermere) before getting ready and walking into town for dinner.  Tom’s Dad was kind enough to give us some money for our New Year’s Eve dinner so, with no expense spared, I ordered a large glass of pinot grigio and a fillet steak.  Tom had scallops to start and duck in a juniper jus and all the food was absolutely amazing.  We then had a little tour around some of the other bars in Ambleside (and trying out their local cider) before walking back to the hotel around 9 and picking up a bottle of bubbly on the way back.  We were also greeted back at the hotel with a glass of champagne at reception.  After a few more glasses of cava and some M&S snacks we’d picked up at the services on the way we watched the fireworks over the Thames on the BBC at midnight and went to sleep.  Not wildly exciting for some, but my idea of bliss! This is me at dinner, and my steak and parsnip crisps! 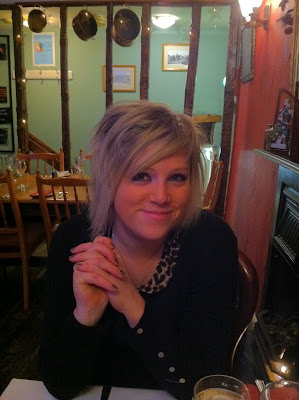 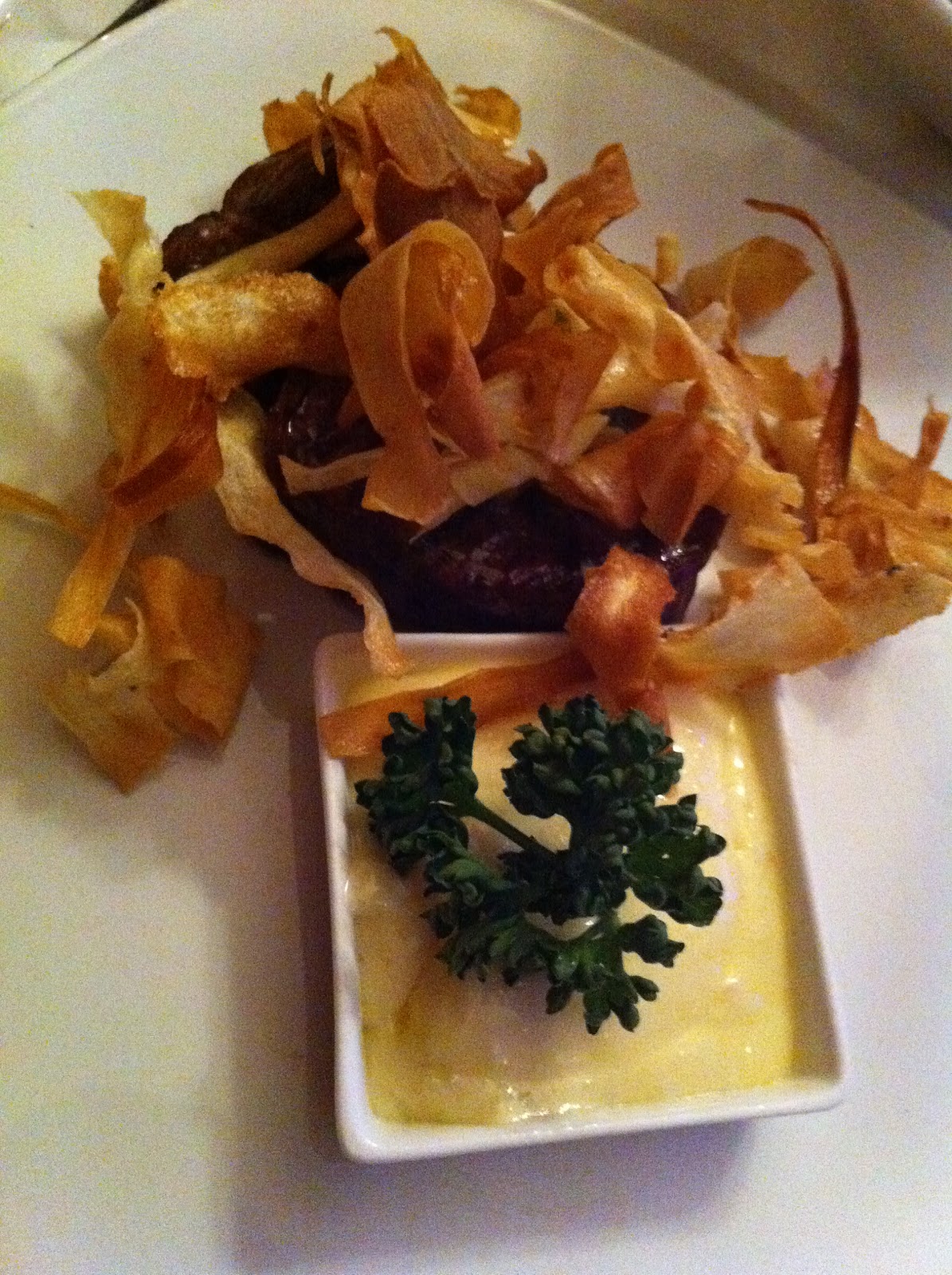 The next day we had our buffet breakfast and started off on a walk that went up the peaks behind the hotel.  It was a hard slog but some of the views were breathtaking and it was such a good feeling to get out and get some fresh air and some exercise.  I think we walked about four miles before we got to a point where the directions we were following didn’t exactly match where we were and we must have gone wrong.  After walking a mile in every direction but the right one (I have made this sound easier than it was – by this point it was absolutely freezing, my legs were aching and Tom was insisting that I should trust him as he had a Mountain Leader qualification) we faced the realisation that in order to get back we’d have to go ‘off road’ and ended up climbing over barbed wire fences and jumping rivers to get back to the right track! We finally made it back to the hotel five hours after we’d left that morning and had crumpets and a very, very long bath.

This morning we went for a bit of an explore before heading home.  We found a frozen lake and Tom had lots of fun trying to walk on sections of it and throwing big rocks into the lake.  You can see some of the photos of me next to the lake below in my not-very-fashionable-but-very-warm sailing coat!

Home now in the flat and looking forward to going and picking up little hamster Pancake tomorrow after her vacation at hotel My Parents’ House.  Have missed that little furball. How was all of your New Years? More exciting than mine I expect! 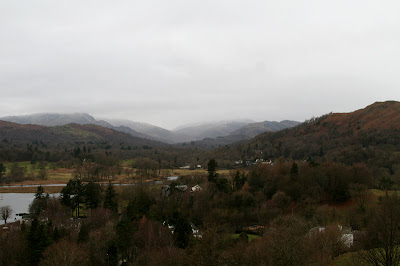 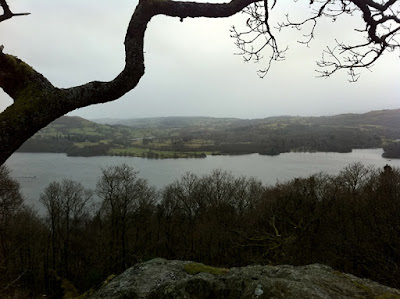 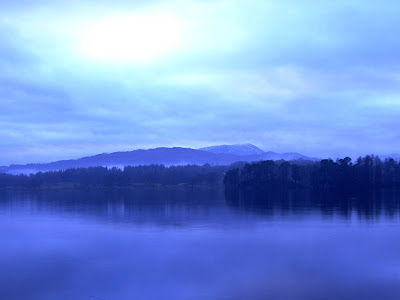 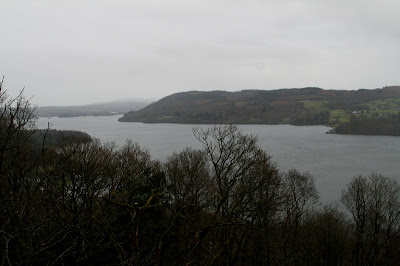 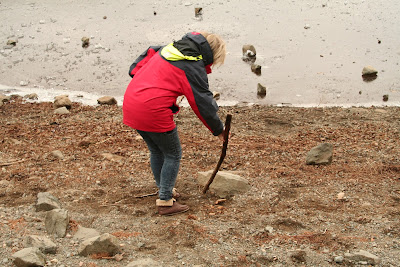 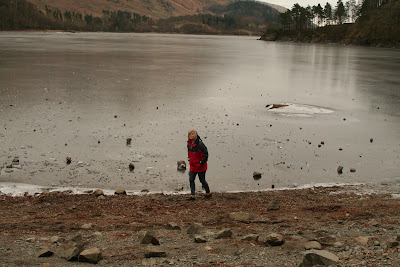 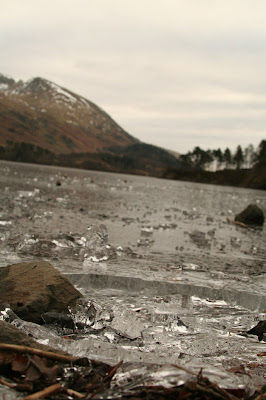 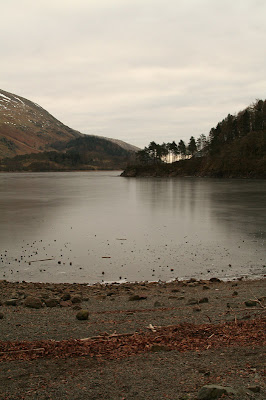 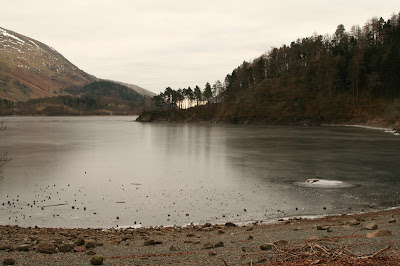