You may remember in my last post I referenced ‘those last excruciating days before payday’ alluding to the fact that there was nothing in my bank account but cobwebs, a tumbleweed and a small amount of money I keep for the last few days as a buffer in case I run out of food etc. Well, yesterday evening, I decided I would spend that buffer and went a bit crazy in H&M and Zara.  I then went back to H&M today and bought another couple of things.  Very, very naughty.  I will, of course, show you what I bought via some awful iPhone photos and grabs from websites, but before that I thought that I would try my first ever outfit post.  So, with a bit of awkwardness and the help of a tripod and some coffee table shifting, here is some of the things I bought… on me. 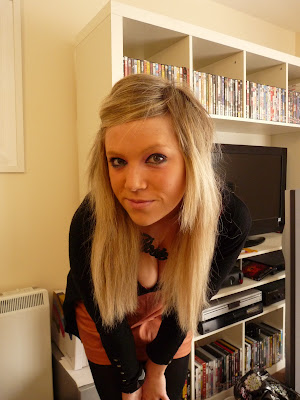 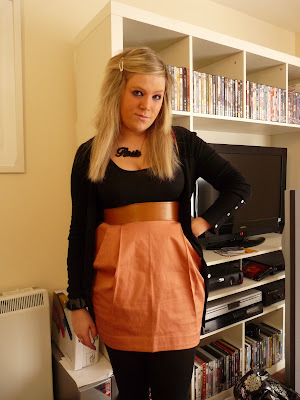 Here are some more bits I bought; the top two and bottom left all from H&M and the bottom right are cords from Zara.  They were in the sale for £12.99 and I think they’ll be perfect for work so it was only right that I picked up a pair in brown and black… 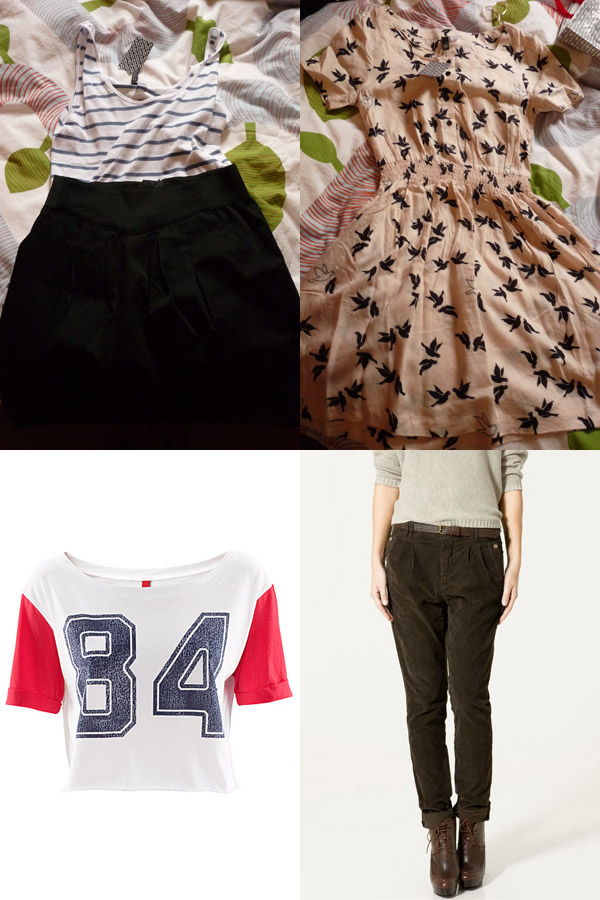 My lovely Mummy also bought me three books to get me ready for the new house, so I shall be enjoying these over a cup of tea under the blanket on the sofa later! 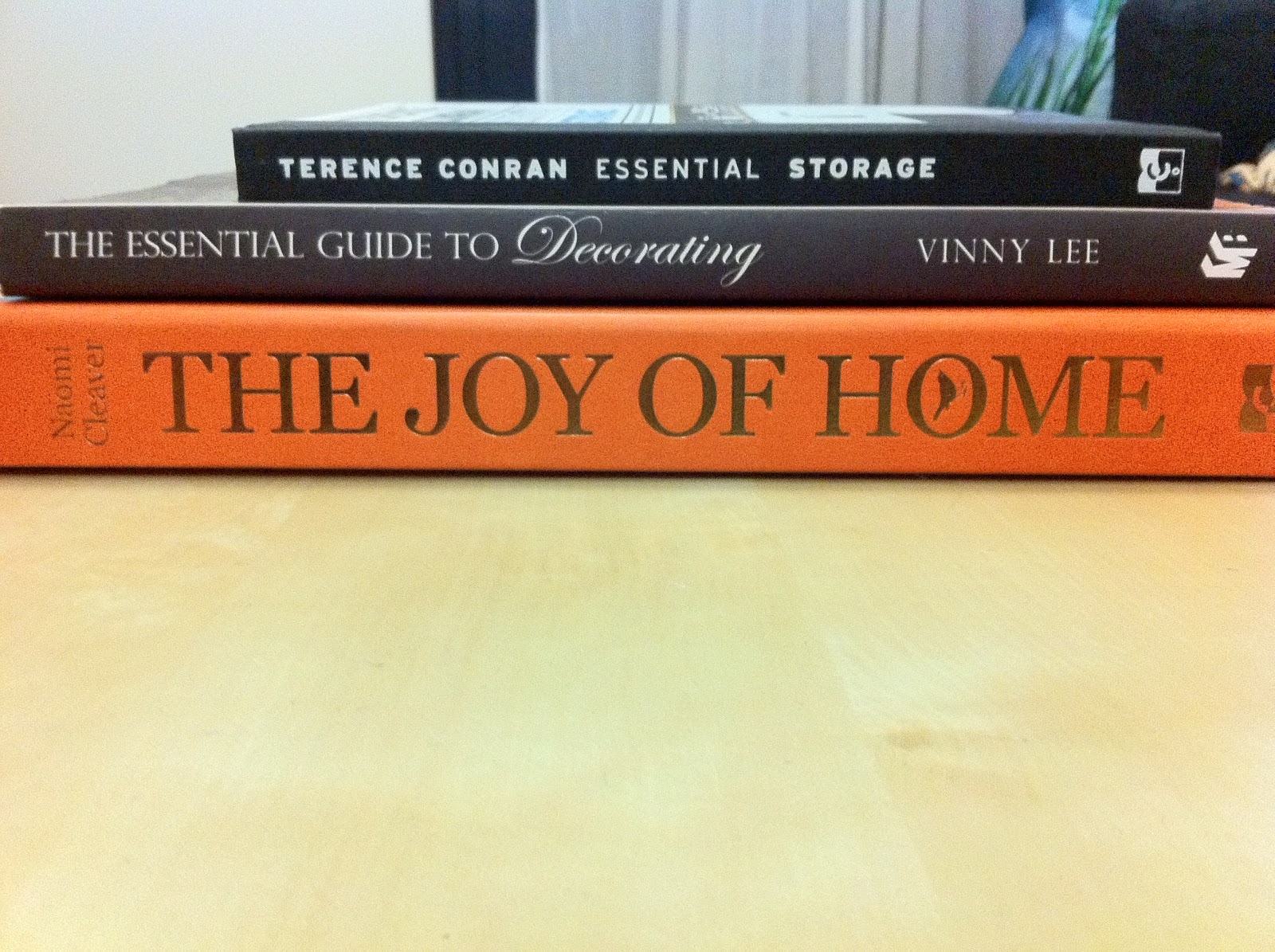 I had planned on staying away from town today as there’s an FA Cup match on and they’re expecting 32,000 fans to come into Southampton. My flat is less than a mile from the football stadium and is on the route back into town so I tend to hide away on football days.  Today though, my friend dragged me in as she wanted to return some things to Topshop and suggested we go for lunch.  When we first went in to Slug and Lettuce it was relatively quiet but by the time we’d ordered our food it was really filling up with Manchester United fans.  In the end we ended up surrounded by a huge group of men singing football chants and spilling their beers everywhere, which was not the leisurely lunch I’d been hoping for! I found a 50% off Slug and Lettuce voucher on the vouchercloud app so we ordered way more food than we could eat – the photo doesn’t even have the tempura vegetables or garlic bread in it! I lost count of the amount of times a leery football fan looked over Becki’s shoulder and made a comment about the size of her platter – poor girl! 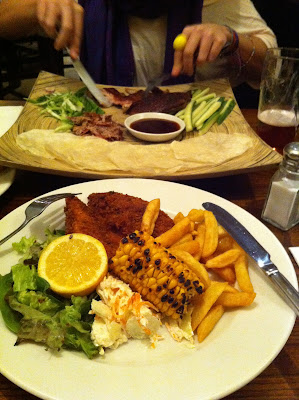 Talking of food, Tom and I made some cupcakes on Thursday out of my ‘Eat Me’ Cupcakes book I bought before Christmas.  They are French toast cupcakes and taste exactly like French toast – all cinnamon-y and yum.  If you want to try it yourself someone else has blogged the recipe here – but be warned, they are very moorish! I also find they make a great lazy breakfast! Haha.  Here they are in the cupcake stand I got for Christmas…. 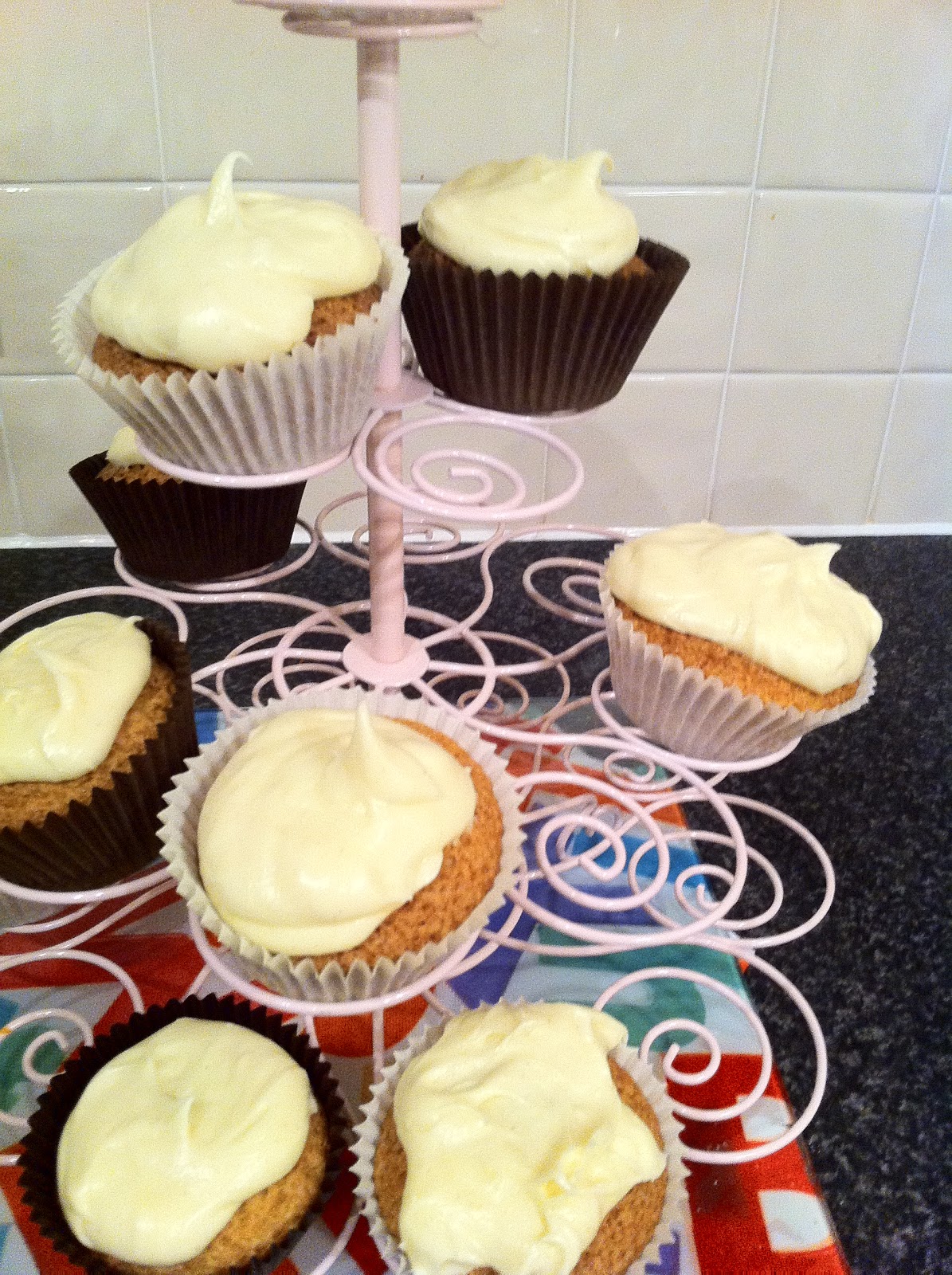 Tonight I think I am going to get out the sewing machine and do some clothes alterations I have been meaning to do for ages.  I have never taken up a dress before so you will have to wish me luck!