For about a year now I have been growing my hair in pursuit of owning the long, tumbling locks I have always dreamed of.  On my mind also, has been the idea of having hair extensions to see if I even suit long hair, and just to have the enjoyment of having it for a little while before I carry on growing it.  I spent a lot of time thinking about getting extensions, a lot of Googling and a lot of trying to find a friend, or friend of a friend that had ever had them but to no avail.  In the end I decided that I should just bite the bullet and get them done, and so yesterday I went along to the salon I’d been recommended and had them done.  I am off to a wedding on Sunday and had a vision of Taylor Swift curls that was never going to be satisfied without a bit of fakery!

I thought it might be an idea to write a little bit about my experience should anyone else be considering getting them done, and, like me, want to know a bit more about them.

The salon I went to was the Pretty Bitch salon in Portsmouth, who offer weave extensions for varying prices depending on the length.  I went for 14″ Dream Girl (real hair) extensions which were £75 included a cut afterwards.  I really had no idea of the process behind the weaving, but what they did was make three tiny rows of plaits (like cornrows) in the middle of my scalp (underneath the hairline) and then they sew the wefts of hair extensions into the plaits.  It didn’t occur to me that getting them put in would hurt, but it really did hurt.  All of the tugging on my hair in order to make the plait, and then to sew the extensions in was quite painful.  After they had been put in the stylist cut the extensions and layered them to make them look more natural.

When I got home and looked in the mirror I had a bit of a ‘what have I done?’ moment.  I expected them to look more natural than they did, and there really was so much hair.  I just wasn’t used to having this much hair and didn’t really know what to do with it.  After a lot of messing around with it, and getting some advice from my Mum over Skype, I finally found a few styles that suited it and started to shake off the feeling that I’d made a terrible (and somewhat costly) mistake.  This came back, however, when I got into bed last night.  The rows that they sewed the extensions into were lumpy and sore and I couldn’t lie comfortably on them.  Luckily I sleep mostly on my front but I still had to take some painkillers and a sleeping tablet to get off to sleep. When I woke up this morning however, they no longer hurt, so I think it was just the after pains of having my scalp tugged and pulled to get them in!

I think they will certainly take some getting used to, but overall I think I’m glad I had them done.  I have posted a few photos below of what I look like now.  I know there are mixed opinions on hair extensions, and they have a bit of a WAG/Snog Marry Avoid associated stigma but overall I’m glad I took a chance and had them done.  What do you think? 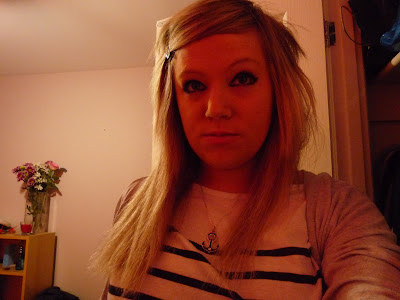 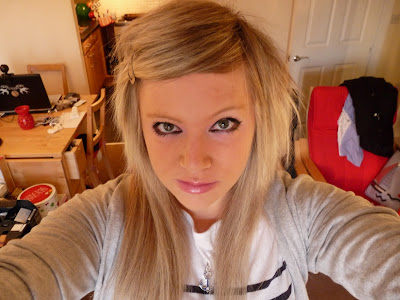 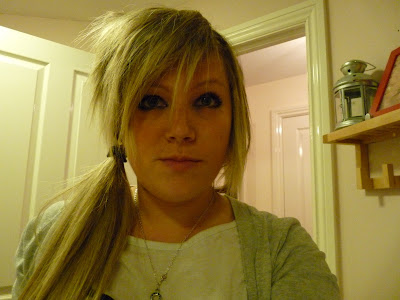