I have had a lovely weekend this weekend, full, predominantly of eating due to two three course dinners – one a Christmas party and the other a hen do, and topped off with a roast dinner today! Yes I am pretty much a blimp now.  My highlight of the weekend of eating was an ice cream chimichanga in a Mexican restaurant called La Cantina.  I wish I’d taken a photo but it didn’t last long enough!

As the snow has now melted (cue photo of snow melting…..

….) we went on a belated trip to my parents’ today, but not without stopping off at Hobbycraft for some ingredients for my crafty evening.  After locating the felt aisle and buying most of it we then popped into the garden centre for a Christmas tree stand and some treats for Pancake hamster.  I then was struck by the awful epiphany that I have become the sort of person that goes to Hobbycraft and garden centres on a Sunday.  I.e. I have become my parents twenty years early.

My Mum cooked us up a delicious roast dinner with homemade mince pies and bread and butter pudding for afterwards and then we all had a game of a brilliant board game called Balderdash (yes, we’re that family).


I then rushed off home in the fog for my crafty project – a felt owl to go on the Christmas tree! I used this tutorial and made Hooty…. 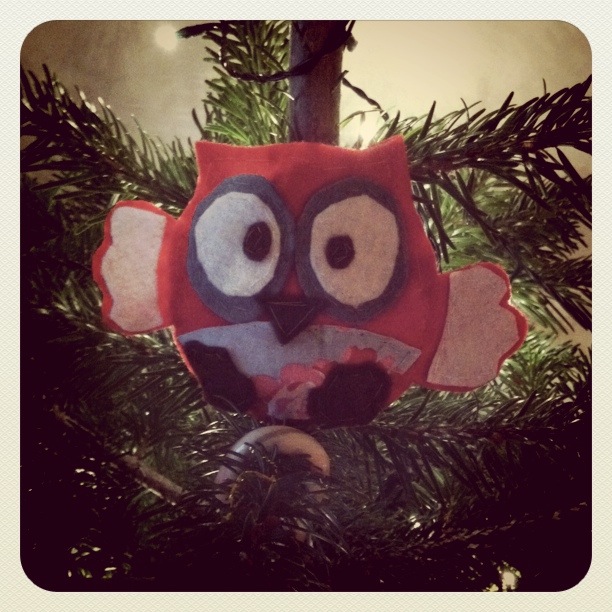 After seeing how questionable sloppy ropey brilliant Hooty was, my other half decided he wanted to have ago at making a felty friend and has started making a felt shark we have already named ‘Bitey’. 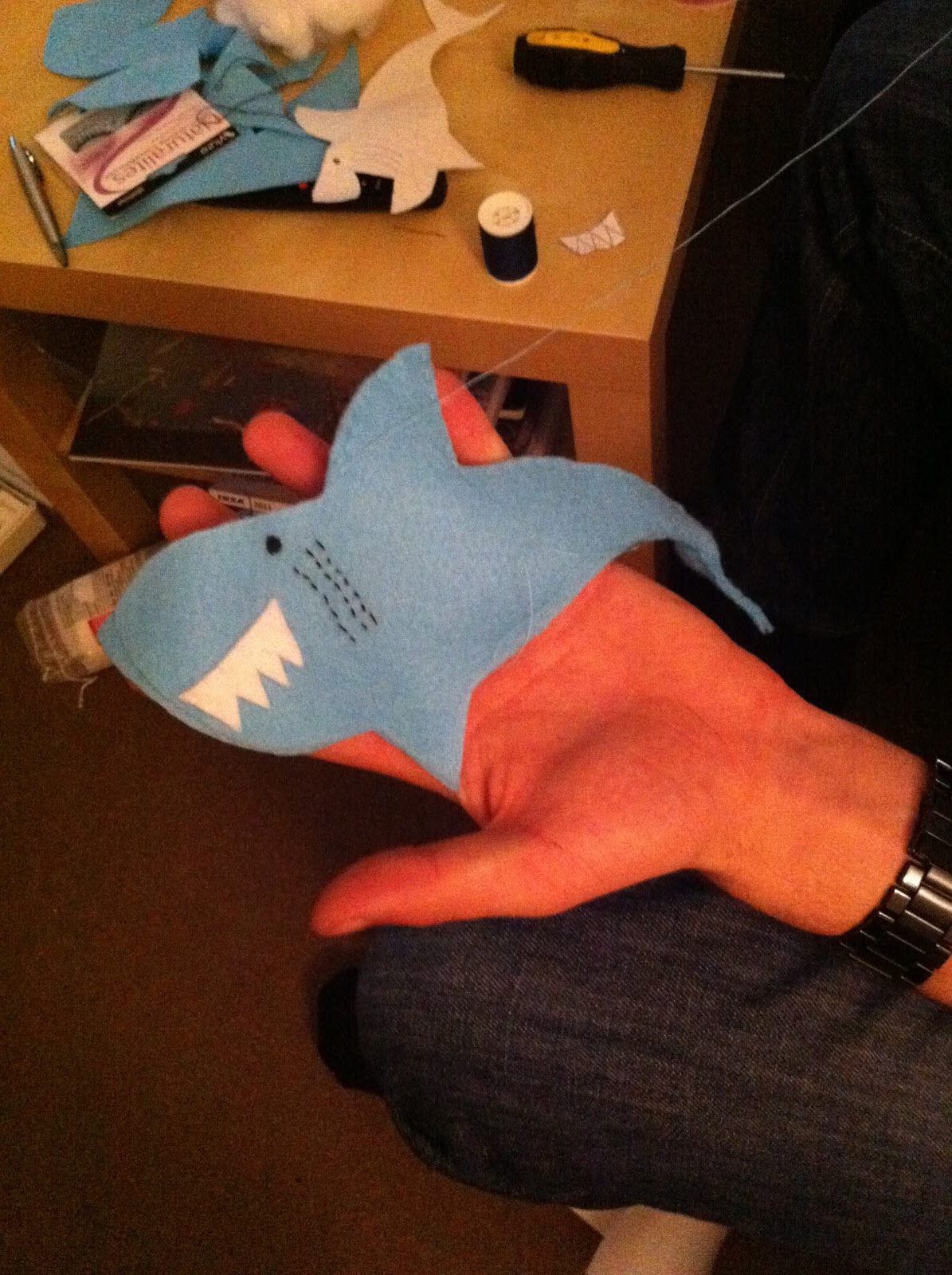 Of course, despite having no crafty inclinations and no template or instructions Tom has already managed to whip up something better than Hooty! I will post a photo of Bitey once he is finished.  I can also scan the template Tom sketched if anyone else wants to make a Bitey.

Hope everyone else had a lovely Sunday – and are there any other fellow Hobbycraft or garden centre visitors out there or am I the only one?